Going Deeper Than a Famous Quotation or Two 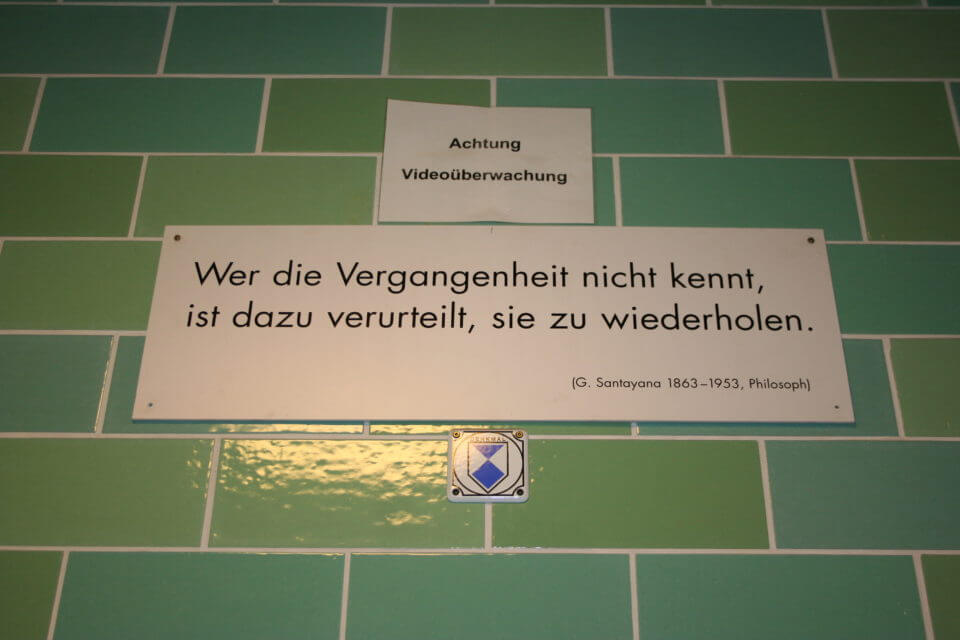 “By inviting further exploration of a quotation’s origin, we might re-discover great and complicated thinkers, who, it turns out, have far more to offer than a single phrase.”

They roll off the tongue, invoked from time to time, in formal speeches, articles, and in daily conversation. Favorite aphorisms range, but there are a few steady-enders that one usually does not go for too long without hearing: Lord Acton’s “Power tends to corrupt, and absolute power corrupts absolutely”; George Santayana’s “Those who cannot remember the past are condemned to repeat it”; Sen. Hiram Johnson’s “The first casualty when war comes is truth”; L.P. Hartley’s “The past is a foreign country; they do things differently there,” to name a few.

Quotations such as these have fared well over the years, now eclipsing, in many cases, the acclaim of the authors who first uttered them. This is arguably an unfortunate development in which many deeply complex and intricate thinkers have been reduced to a single string of words: another example of an age increasingly prone to oversimplifying things. However, perhaps such a take is unnecessarily cynical, and there exists, in reality, a lurking opportunity. At least relative to other thinkers for whom we don’t even have a single quotation to remember them by, there’s the chance—when it comes to these figures—to parlay these quotations into the re-discovery of the totality of their works, as well as lessons they may have to offer for our times today.

If L.P. Hartley is remembered today, it is almost always for that famous line on the past as a foreign country. And, one would not even need to dig deeply into Harley’s work to find the quotation; it is the first line of the prologue to his best known novel The Go-Between. Although The Go-Between (or its 1971 film adaptation) might still be of memory to some—as well as Hartley’s emphasis on personal morality—the aspect of his work most applicable today is likely his 1960 dystopian novel Facial Justice, which was once considered in the same league as the works of Orwell and Huxley. The book presents the story of a young woman living in a dystopian future where those deemed too pretty must have a procedure done to make them less and attractive and, thus, look more like everyone else. Written in a post-war era already seeking to come to terms with an increasing appetite for uniformity, the book appears particularly prescient, given increasing concerns today about a culture orienting itself evermore towards aiming for the average.

Just as book reviews are perhaps useful in so far as they encourage one to actually read the book under review, more attention to the authors of our favorite aphorisms might have a similar effect.

Of all the quotations invoked, perhaps none is heard more frequently than the Spanish-American philosopher George Santayana’s on the importance of remembering the past. However, more than nearly any thinker, Santayana resists being reduced to a single line. Santayana himself wrote admiringly of Emerson, particularly for the difficulty in reducing the New Englanders’ writings to a single “system.” The same has been said of Santayana; his prose and thinking resist being condensed to mere summaries. However, the relative lack of engagement with his ideas today may be conformation that nuanced thinkers rarely make history. In addition to his natural distrust of systems, philosophy today might benefit from re-discovering the poetic prose of Santayana. As many philosophy departments today increasingly blur the distinction between philosophy and math, they might be wise to recall Santayana’s poetic approach; his first published works, after all, were not philosophical essays but, rather, poems.

A third thinker whose most famous quotation might aid in his rediscovery is former California governor and senator Hiram Johnson.* Although most famous for his isolationist streak, Johnson, when Governor of California, pushed for the introduction of, “the [ballot] initiative, the referendum, and the recall,” an interesting reminder that the Republican Party was once also the party of progressives. Although a supporter of these initiatives, Johnson was notably circumspect about their likeliness to become “the panacea for all our political ills,” in a streak of humility all too lacking from our politics today. Johnson was also known for an independent streak in his politics, such as when he crossed party lines to support Franklin D. Roosevelt’s 1932 presidential candidacy but later withdrew support for Roosevelt when the president broke tradition and sought a third presidential term. In recalling the history of the Republican Party, it is not only, historically, the “Party of Lincoln,” as we are frequently reminded; it was also once the party of progressives, from Robert La Follete to Hiram Johnson.

The quotations of these three men—as well as those of other thinkers now more famous for a stray quotation than the totality of their works—are still invoked frequently; however, one wonders if those employing the quotations appreciate the context. Hartley would doubtfully reject George F. Will’s use of his most famous quotation in a recent column when discussing Michigan politicians past and present, but the staunch isolationist Johnson may look askew at his most famous line on war being employed by writers who have frequently expressed support for interventionism around the globe. These quotations, in a sense, have been dismembered from those who first stated them. However, it needn’t necessarily stay that way. Just as book reviews are perhaps useful in so far as they encourage one to actually read the book under review, more attention to the authors of our favorite aphorisms might have a similar effect. By inviting further exploration of a quotation’s origin, we might re-discover great and complicated thinkers, who, it turns out, have far more to offer than a single phrase.

* Of the thinkers mentioned here, Johnson is the only one where questions remain as to the degree that his most famous quotation was, in fact, originally his.