What Cormac McCarthy Saw When He Saw Evil 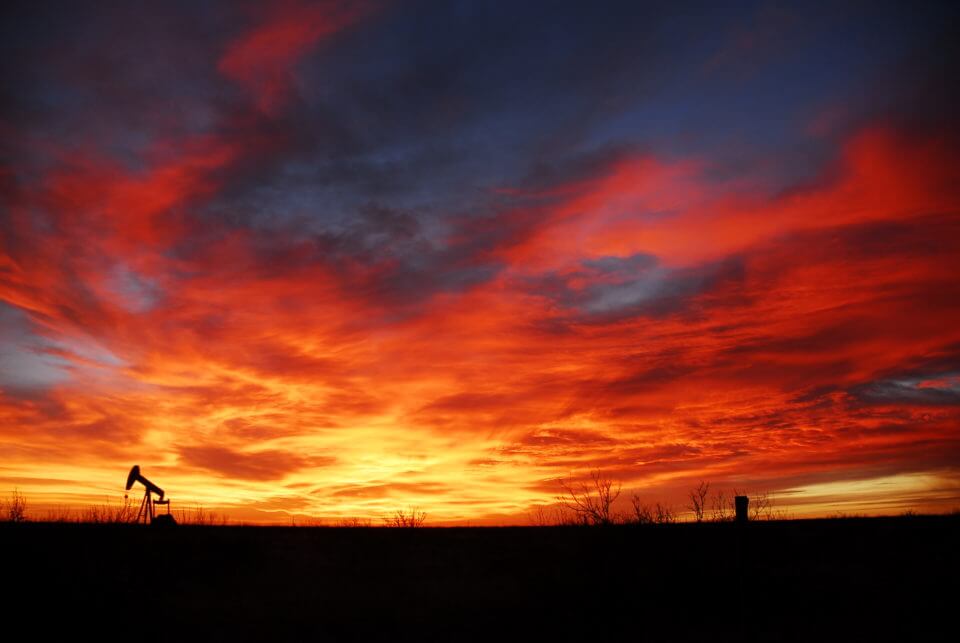 “When asked to describe Chigurh, the few people lucky enough to have encountered him and survived claimed he that ‘looked like anybody.'”

This essay is dedicated to Justin Unsworth, in friendship and gratitude.

“It makes no difference what men think of war, said the judge. War endures. As well ask men what they think of stone. War was always here. Before man was, war waited for him. The ultimate trade awaiting its ultimate practitioner. That is the way it was and will be. That way and not some other way.”

There are few writers in history who have the kind of talent Cormac McCarthy does—not to mention the sheer audacity to speak with a Biblical level of authority in the 21st century. Among the deepest themes of McCarthy’s work is his analysis of good and evil. An intense analysis of what evil is—and why the human race has been so utterly unprepared to resist it—is a prominent question in his later works such as The Road and in earlier, lesser books such as Child of God. However, nowhere is it more directly the focus than in the twinned works Blood Meridian and No Country for Old Men, both of which feature unstoppable and ultimately victorious antagonists of Miltonian power and attraction. At a time when men with authority murder in the streets and world leaders call for military intervention against their own citizens, it is worth considering McCarthy’s lessons.

The Gravity of Emptiness

Blood Meridian centers on the immutable figure of Judge Holden, a gigantic albino, who joins the real life Glanton gang in exterminating Native Americans. Originally working at the behest of the American and Mexican governments—under the influence of the judge—the gang becomes a terror squad operating only for themselves, before imploding in rage and violence. Throughout the novel, the judge commits acts of startling brutality, including the sexual abuse and murder of children. Despite this, he comes across as an unrepentant Mephistopheles, knowledgeable of all the things of the world. The judge knows countless languages and skills, and he comments with such tremendous insight on the crumbling moral architecture of the world that even the few conflicted characters in the book cannot contradict him. He is a scientist who collects samples as the gang travels, chronicling the constituent features of existence.

Scientific knowledge becomes not the humble interest in an intrinsically valuable world but, rather, the final tool for violent mastery of a nihilistic morass signifying nothing.

Despite this, it is not curiosity or love of the world that drives the judge’s intellectual pursuits, and it is not even a Faustian desire to lose oneself in the to and fro of time. Curiosity and even a longing for distraction direct the self outside itself—and indirectly towards the needs of others. In theological terms, it might incline one to ruminate on the mystery of God’s creation. For the judge, science is another tool in the ultimate and human pursuit of war. Whatever “exists without [his] knowledge, exists without his consent.” Scientific knowledge becomes not the humble interest in an intrinsically valuable world but, rather, the final tool for violent mastery of a nihilistic morass signifying nothing.

The book juxtaposes the random pointlessness of chance, which characterizes so much of life, with the equally meaningless possibility that power can grant one control of the world. At its peak, this can be tantamount to acting as the lord of fate: parceling out death and suffering impartially to a species for whom that is the inevitable final end. Reducing the elected back to the nothingness, which the gravity of existence pulls towards, is a god’s work. And, in the judge’s theology, “war is god.” At the end of Blood Meridian, the novel’s anti-hero encounters the judge one final time, and the judge finally accepts an overtly metaphysical stature—dancing wildly while exclaiming that he is “never going to die.”

No Country for Old Men is driven by Anton Chigurh, a hitman who carves a death march through 1980’s Texas in search of stolen drug money. Despite nominally being driven by crude materialism, Chigurh truly cares nothing for money. Rather, killing is part of his deeper metaphysical drive to dominate the world. Like the judge before him, Chigurh seeks to embody a divine principle in his action, insisting that “even a nonbeliever might find it useful to model himself after God. Very useful in fact.” Chigurh emulates an earlier trope of the judge’s in occasionally giving his victims a chance to escape their fate. While the judge venerated lethal games of chance where everything was put at stake, Chigurh prefers a simple coin toss. When confronted with the accusation that it is still ultimately Chigurh who grants himself the authority to parcel out life and death, he retreats from chance by appealing to fate. In the novel’s most enigmatic passage, Chigurh confronts Carla Jean, the wife of his earlier prey. He assigns blame to her now-deceased husband for not taking an earlier deal that might have spared her life. When Carla Jean points out the absurdity of keeping such promises to the dead, Chigurh retorts, “But my word is not dead. Nothing can change that.” This blaspheming invocation of serving the divine word inverts the idea of a world of light and replaces it with one of darkness. After losing the all-important coin toss, Carla Jean retorts that Chigurh still has the power to change his mind. He then explains his philosophy of vulnerability—and the dialect of chance and fate—to her:

“You’re asking that I make myself vulnerable and that I can never do. I have only one way to live. It doesn’t allow for special cases. A coin toss perhaps. In this case to small purpose. Most people don’t believe that there can be such as person. You see what a problem that must be for them. How to prevail over that which you refuse to acknowledge the existence of. Do you understand? When I came into your life your life was over. It had a beginning, a middle, and an end. This is the end. You can say that things could have turned out differently. That they could have been some other war. But what does that mean? They are not some other way. They are this way. You’re asking that I second say the world. Do you see?”

He then shoots her.

Like the judge, Chigurh’s evil compels him to Satanic heights of empty majesty. He models himself on a god, who is a hunter without mercy, recognizing that even merciful chance will not permit life to evade nothingness forever. But unlike Holden, Chigurh backs off from such truly mythological grandeur through his vacuity. He endeavors to immunize himself from vulnerability to fate by acting purely as its instrument; however, in doing so, he empties himself of any recognizable features or desires beyond terrified glances into an inescapable abyss. When asked to describe Chigurh, the few people lucky enough to have encountered him and survived claimed he that “looked like anybody.” Unlike the albino judge, whose liquid features are hidden by his sheer hugeness, Chigurh accomplishes his mission to return the world to nothingness by becoming nothing. The stupidity of his efforts is brought home in a final scene, where he is badly injured by some pot-smoking teenagers. Their truck hits him and nearly kills him. All his efforts to become invulnerable are exposed as fraudulent, as Chigurh is nearly consumed by the most banal and mundane irresponsibility. He then has to slink away after imploring some children passing by to help him escape.

“But a caged bird stands on the grave of dreams/his shadow shouts on a nightmare scream/his wings are clipped and his feet are tied/so he opens his throat to sing.”

For the judge and Chigurh, the world is a void ruled by chance and fate. Justice and goodness have no part in it. Chance alone brought about a meaningless world, and the governance of fate directs it back to emptiness. The only purpose in life is, therefore, not to overcome fate through love or compassion but , rather, to seek authority over it through undisputed domination of the world. When everything allowed to exist only exists because one wills it, the task is completed. This explains the tremendous allure power has always had in human life, as well as its peculiar attraction to those least worthy to wield it. As psychoanalysts such as Erich Fromm pointed out, this longing for power is driven by a tremendous sense of lack that can only be filled by externalizing suffering onto others. Ultimately, evil people fear existence. They see it as a force of pointless malice and can only impotently respond by trying to order existence through domination. But since life and freedom always bring with them the possibility of chaos, the final impulse of truly evil people will be to bring about death. That alone can silence the fear that drives their actions.

The impotent majesty of the judge—and of Chigurh—is a warning to all those who believe that power and its handmaiden, violence, can quiet their anxieties. The emptiness of the world can only be filled with love, which, in its truest form, requires letting go of our anxiety. It is to allow—and even cherish—those around us, as they become more of what they are. At one point in Blood Meridian, the judge disdains birds, proclaiming that he would have them all put in zoos. This is because, as Maya Angelou knew, a caged bird struggles to sing.