What Is a Human? 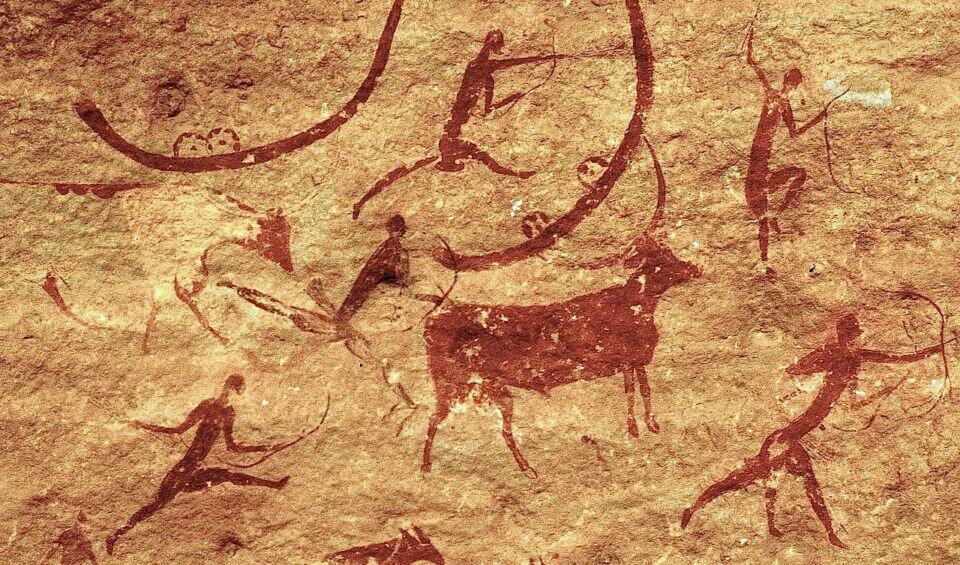 “In fact, heterosexuality and the male-female binary can be observed across countless species. The onus of proof, therefore, is on those who claim that we are an exception.”

What is a woman? Today, a surprising number of people find it difficult to give a straight answer to this innocuous question. Many resort to circular definitions such as “a woman is anyone who identifies as a woman” or other such gender-ideological platitudes. Their confusion, however, appears to be rooted in something deeper than mere ideology: a lack of understanding or misinterpretation of human nature. So, what is a human?

Modern notions of a gender identity distinct from bodily sex echo the dualist view of human nature common to many religions. In this view, human beings consist of a body and a soul. Indeed, the belief that a person can be born in the wrong body presupposes the existence of something like a “sexed soul.” But this ignores that our sexual identity emerges piecemeal as our male or female body matures. To put it more generally, there is no “self” independent of brain development, which is firmly grounded in physical reality.

Many gender ideologues even go so far as to deny that there are meaningful, objectively identifiable physical differences between males and females. The now widely used phrase “assigned female/male at birth” (instead of “biological female/male” or “born female/male”) adds to the impression of arbitrariness. It does not take a degree in biology to see, however, that biological sex differences are real and reflect our different reproductive roles as men and women. In fact, heterosexuality and the male-female binary can be observed across countless species. The onus of proof, therefore, is on those who claim that we are an exception.

Besides lacking empirical evidence, the claim that a person’s gender identity has virtually nothing to do with his or her anatomy also seems at variance with the concept of physical gender transition. The latter is consistent, however, with the dualist notion that the body is a vessel for the mind (and should therefore reflect our self-image rather than vice versa). This may also help explain why so many of today’s transgender activists downplay the risks associated with “gender-affirming” medical procedures. Rarely does the organic complexity of the human body, a product of millions of years of evolution, enter the equation.

Similarly, the modern body positivity movement, at least in its more extreme forms, all but ignores the massive toll obesity takes on the human body. There is, of course, nothing body-positive about denying established medical research for ideological reasons or because it evokes negative feelings.

It makes no sense to pretend that biological parameters for physical fitness and health can be overridden by ideas or wishful thinking. There are objective facts about us as an evolved species that are simply not subject to culture, ideology, or personal preference. One such fact is that the mind is a function of the brain, which is part of the body. In short, we are our bodies. True body positivity recognizes this.

Evolution did not stop at the neck. Despite the human brain’s enormous plasticity, our most precious organ comes with certain “presets.” These are not distributed equally across the population. As with other partly heritable traits, we differ greatly in our talents, temperaments, and general cognitive ability.

Unsurprisingly, such differences have consequences. Yet, today, there is a tendency to explain away virtually any disparity in society by invoking environmental factors alone. However, by eliminating human diversity from the equation, we risk misdiagnosing the problem. As a result, attempts to mitigate social inequality frequently backfire.

As a highly social and cooperative species, we set great store by fairness. But fairness implies neither sameness nor equal outcomes. In fact, efforts to equalize outcomes are often perceived as unfair, and they reduce incentives to excel, making society as a whole worse off. This is not even to mention that such efforts almost always involve coercion and unequal treatment. Conversely, if people enjoy equal rights and are free to pursue their own individual talents and interests in open competition with others, overall prosperity increases.

When it comes to how best to organize society, it is crucial to acknowledge that we are neither blank slates nor clones, as well as that we react to incentives. Nor does our great capacity for empathy, compassion, and altruism negate the fact that human behavior is largely driven by self-interest. What is more, we tend to be suspicious of people who are different from us, which is not all that surprising given our tribal inclinations. To maximize human well-being, society must come to terms with these aspects of our nature rather than deny them.

We are capable of rationality, but it does not come easy. Prone to all kinds of cognitive biases, we are quick to abandon fact and logic for the illusion of moral certainty. It is not lack of intelligence, however, that leaves us vulnerable to unreason but, rather, our craving for meaning, purpose, and belonging. Despite this tendency, though, we do generally want our judgements and actions to align with reality, if only to avoid the sometimes high cost of being wrong. Rational institutions such as science, law, and government are designed to help us with that.

While human progress has mostly been driven by objective reasoning, the cold hard facts of life fail to satisfy our thirst for meaning. But that does not condemn us to irrationality. Rather, it speaks to the importance of non-rational human endeavors such as art, music, and literature. Indeed, creativity—the ability to conceive of things that do not (yet) exist—is one of our greatest assets. We also derive tremendous meaning from our personal relationships, as well as a sense of belonging. And we can find purpose in meaningful work that benefits others.

It also helps to remind ourselves from time to time that humanity is part of the natural world—one species among many, inhabiting the only known living planet in an unfathomably vast and awesome universe. When it comes to morality, however, we would be ill-advised to look to nature for inspiration. The human capacity for reason is unparalleled in the animal kingdom, and it enables us to establish moral codes that help us restrain those aspects of our nature that are inconducive to our flourishing, such as selfishness, vindictiveness, and cruelty. We can even expand our moral circle to include other sentient creatures as well. Morality, in other words, is an open-ended human project.

Shaped by evolutionary pressures, the human race—Homo sapiens—is a highly diverse species of primate endowed with a capacity for reason. Like our cousins in the animal world, we are sexually dimorphic based on our reproductive functions. Who we are cannot meaningfully be separated from our physical biology. While culture and socialization no doubt play an important role in our personal development, it has been known for a while now that almost all human traits are partly heritable. The question is which ones to nurture and which ones to subdue. Civilizational progress and human flourishing largely depend on finding the right answer to this crucial question.