Why James Bond Is a Positive Role Model for Young Americans 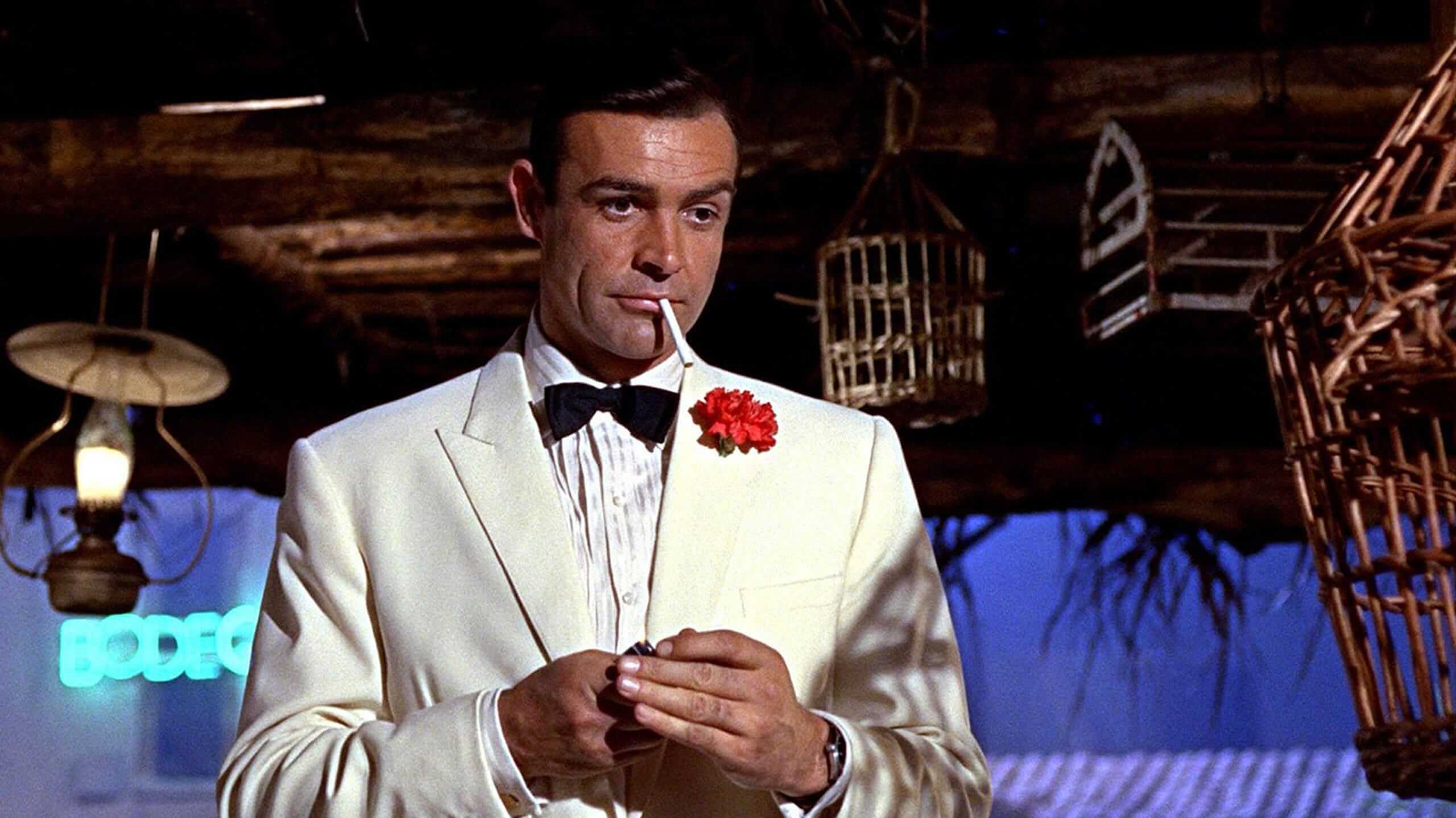 “In the meantime, fans have discussed and debated the merits of Bond himself. Is the character a good person? Is he a positive role model for today’s youth?”

The Coronavirus (COVID-19) pandemic has not been smooth sailing for fans of James Bond, the iconic British spy who first graced screens in 1962’s Dr. No. Due to COVID-19, the Bond franchise’s latest installment—No Time to Die, starring Daniel Craig—has been postponed multiple times, with the Eon Productions finally settling on October, 2021 for the release date. (Fingers crossed.)

As millions of fans await the new film’s release, many have binge-watched previous installments, scooped up Bond memorabilia, and joined virtual bookclubs to pass the time. (The Bond character is based on novels by the late Ian Fleming.)

In the meantime, fans have discussed and debated the merits of Bond himself. Is the character a good person? Is he a positive role model for today’s youth?

Some are skeptical. For decades, the Bond movies have faced criticism for their racial politics and depictions of women. Much of the criticism is unwarranted, though the Bond character is by no means perfect. In the books and on screen, Bond is deeply flawed, partly due to past trauma. But that is the point: Bond’s flaws tend to make him more realistic and, therefore, more appealing to the viewing public.

Nevertheless, Bond’s critics are set in their ways, arguing for drastic changes to a winning formula. (The Bond franchise has endured for nearly six decades, grossing more than $5 billion after inflation.)

However, most reasonable people can agree, in good faith: There is no reason for drastic change.

Why? Because the Bond character, for the most part, is a good character who does great things for Queen and Country. He is a positive role model.

Bond’s laundry list of positive attributes is as extensive as it is entertaining. Some may point to his courage, others to his loyalty. Capability and resourcefulness are similarly part of the Bond canon.

Still, as a Bond fan who reads the books and re-watches the movies, one attribute sticks out: Presence. Whatever Bond does and wherever he gallivants, Bond is present, focusing on the proverbial “little things” and living in the moment.

In The Last Dance, the critically acclaimed Netflix documentary about Michael Jordan’s career, Rare Air author Mark Vancil described Jordan as a “mystic,” claiming he was “never anywhere else.” In Vancil’s words: “His gift was not that he could jump high, run fast, shoot a basketball. His gift was that he was completely present. And that was the separator.”

The same can be said for Bond. In Casino Royale, the first of Fleming’s Bond novels, Bond takes a seat at the bar next to Felix Leiter, an ally from the Central Intelligence Agency. When the barman asks for Bond’s order, the British spy responds with “a dry martini…in a deep champagne goblet.” However, he soon changes his mind: “Just a moment. Three measures of Gordon’s, one of vodka, half a measure of Kina Lillet. Shake it very well until it’s ice-cold, then add a large thin slice of lemon-peel. Got it?”

What follows is even more telling. According to Fleming, “[Bond] watched carefully as the deep glass became frosted with the pale golden drink, slightly aerated by the bruising of the shaker. He reached for it and took a long sip.” As Bond’s ally, Leiter, puts it in the novel, “You certainly think things out.”

In another chapter of Casino Royale, the spy describes the beauty of his primary love interest, Vesper Lynd, in the novel. But he does so, in Fleming’s words, “exactly.” From the novel:

“Her dress was of black velvet, simple and yet with the touch of splendour that only half a dozen couturiers in the world can achieve. There was a thin necklace of diamonds at her throat and a diamond clip in the low vee which just exposed the jutting swell of her breasts. She carried a plain black evening bag, a flat object which she now held, her arm akimbo, at her waist. Her jet black hair hung straight and simple to the final inward curl below the chin. She looked quite superb and Bond’s heart lifted.”

Why does any of this matter? Because attention to detail is not simply a talking point for a character like Bond; he lives it through his daily actions and behaviors, even those that are seemingly mundane. Bond does not float through life, missing the peculiarities that can make even the mundane memorable. Instead, he internalizes those minute details, as they, in turn, shape his surroundings and subsequent perceptions of the outside world.

Yes, Bond is a spy, tasked to pay attention to the “little things.” Attention to detail, or the lack thereof, is the difference between life and death for him.

And, yes, Bond is a fictional character. In many ways, he is a male fantasy. Today’s world, with its infinite distractions, is not always conducive to the art of presence. But it is still worth striving.

We live in a world where the virtual can dominate our lives, inundating us with a steady stream of tweets and memes that force us to scroll, scroll, and scroll some more. Before one knows it, three hours have come and gone. Time that could have been spent productively—exercising at the gym or reading a history magazine—was wasted with utter filler.

This is especially true for Millennials like myself, who have grown up with technology and the escapism it encourages. Rather than learning how to cook and exploring different cuisines, Millennials spend the least amount of time on meal preparation compared to older generations, opting for delivery or takeout. Often out of apathy or laziness, Millennials miss out on the joys, frustrations, and mistakes associated with home cooking. They miss out on opportunities to learn and gain expertise, in the form of a pasta dinner or a hummus dish from scratch. They float through life, conveniently but perhaps inconsequentially.

Instead of exerting themselves physically, many Millennials only exercise vicariously through video-game characters. More than half of Americans born between 1983 and 1996 now pay for gaming services. Among the gamers, 71% go one step further, opting to watch gaming video content or online videos about games on platforms like Twitch.

Why pick up a dumbbell or run on the treadmill when you can play Assassin’s Creed instead? Why chase self-improvement when you can hunt down a fake villain or complete a virtual quest?

All the while, new phone-usage records are set with each passing year. Life is incomplete without posting on Instagram to differentiate yourself.

This is not to typecast all Millennials or ignore their positive attributes, as there are many, but there are certainly grounds for criticism. As I have written before, Millennials (myself included) need to do a better job of tuning out the noise and focusing more on what truly matters—meaningful pursuits, to quote Eva Green’s Vesper Lynd. We must continue seeking out worthwhile activities in our everyday lives. We should reorient our behaviors to become more present.

Even if we are not skiing down a wintry slope or taking Brazilian Jiu-Jitsu classes, we can still practice presence by being perceptive.

Do not just drink the glass of wine. Figure out where it is from and learn how it is made.

Do not just open the UberEats app. Open up a cookbook and try making a Chinese dish on your own.

Do not just watch “Tiger Woods highlights” on YouTube. Get out there and work on your swing.

We can only better ourselves by being present. And we can only be present by being perceptive, by becoming attuned to our strengths, flaws, and opportunities for improvement.

Do not just float through your days, looking back on your life after a month or three years with regret.

When it comes to presence, be more like James Bond. Your life will be better off for it.

Luka Ladan is the President and CEO of Zenica Public Relations in Portland, ME. He serves as a Catalyst Policy Fellow for the California-based Independent Institute.