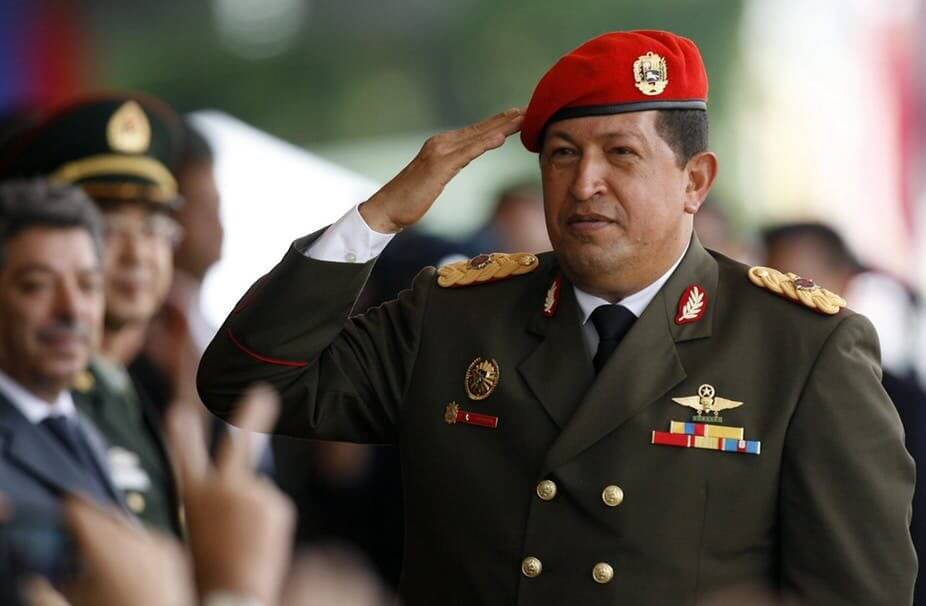 “Maduro claims communication with Chávez via birds, but let us recall that George W. Bush once said that God told him to invade Iraq.”

The separation of church and state is a major milestone of modernity and the Enlightenment. Yet, it is doubtful that religion will ever be truly separated from politics. After all, political life is full of uncertainties and risks, and this makes it fertile ground for religious beliefs and practices. At least in the West, modern politicians are under immense pressure not to weave religious business into their public appearances. Many are thus happy to give the appearance of being thoroughly secular in their political activities.

But, in the midst of anxieties over being assassinated or losing an election, many politicians in their private lives will be more inclined to mingle with gods, spirits and occult forces. Anthropologist Bronislaw Malinowski famously claimed that people become more interested in magic whenever they face a stressful situation. Trobriand islanders would undergo very complicated rituals whenever they planned to sail into the turbulent ocean waters but would not perform such rituals when they planned to sail in the calm waters of lagoons. Under stress, human beings typically attempt to increase control over their own affairs, and one way of doing so is by appealing to practices related to magic. Anthropologists have long warned that, in fact, it is not at all easy to separate magic from religion, as ultimately, both magic and religion engage in rituals in order to achieve some increased measure of control.

Be that as it may, the fact is that, whether we want to call it magic or religion, many rulers will always be susceptible to the influence of some advisers who purport to tell them how they can best proceed to gain the favor of mysterious supernatural entities. Queen Elizabeth I had John Dee (who, in turn, seemed to be duped by Edward Kelley). Tsarina Alexandra had Rasputin. Nancy Reagan had her own astrologer, and her husband may have also been influenced by astrological advice when designing public policies. South Korea’s Park Geun-hye was impeached because she seemed to be under the extreme influence of a cult leader.

In all these cases, there was outcry over the influence of charlatans in political decision-making. Sages who claim to be a portal to the mysterious world of the unseen, will always find a way to manipulate the superstitious powerful for their own advantage. In turn, unscrupulous politicians will also use the Occult in order to manipulate their own superstitious subjects. Haiti’s Francois Duvalier, for example, organized the Tonton Macoute, a militia that would terrorize civilians, under the belief that Duvalier himself was invested with supernatural powers.

Less frequently, one Head of State may use the Occult to manipulate another Head of State. Apparently, this partly accounts for Cuba’s astonishing control of Venezuela over the last twenty years. As early as 1993, renowned journalist Andres Oppenheimer was reporting that Fidel Castro was taking Cuba into a new religious direction. Nominally an atheist on account of his Marxism, Castro persecuted Christians as soon as he reached power. Yet underneath the Christian appearance, Cuba was also deeply influenced by Santeria, a religion that syncretizes elements of Christianity and traditional African religions. Castro did not have a high opinion of santeros, either, as in his Marxist scheme, they also represented the irrationality of a barbarous past. But, once the Soviet Union collapsed, Castro realized that he needed an alternative source of support to stay in power, and he found it in santeros. He reached out to at least half of Cuba’s babalaos (Santeria priests), and brought them under his favor. In turn, they would report to Cuban authorities any subversive activity that they may find suspicious.

Castro also set his eyes on Venezuela. As early as 1967, he had implanted guerrilla movements there but to no avail. In later years, Venezuela was a prized commodity;  in Castro’s calculation, its huge oil revenue could fill the void left by the Soviets after they removed aid. The opportunity came in the 1990’s, when Hugo Chávez tried to seize power forcefully in Venezuela. Castro was aware that Chávez had leftist sympathies. But, according to journalist David Placer, Castro lured Chávez through religious practices—not just leftist ideology. Chávez had long had a bent for divination practices and apparently had an interest in being initiated in Santería (Santería requires various stages of initiation, and secrecy surrounds it). Castro mobilized his babalaos and made sure Chávez would feel comfortable with them. In turn, these babalaos served as spies, providing valuable information to Castro, who used it as a way to gain influence over Chávez, and, in doing so, he cemented Cuba’s control over Venezuela.

Unlike Oppenheimer, Placer is not a fully reliable journalist, and in fact, he colors his writings with much sensationalism. So, everything he reports must be taken with a grain of salt. But it does appear that, ever since Chávez reached power in 1998, the number of Cuban babalaos increased significantly in Venezuela. According to Placer, once in power, Chávez engaged in constant Santería rituals, all with the purpose of seeking the Orishas’ (spirits) assistance to indefinitely stay in office.

One of Placer’s biggest allegations is that Chávez exhumed Simon Bolivar’s (Venezuela’s national hero) remains as part of a macabre ritual that sought to transfer the 19th Century hero’s power to Chávez. The exhumation did take place; in fact, it was broadcasted on national television. But Chávez claimed that his intent was to investigate whether or not Bolivar had been poisoned by his enemies. Placer argues that this was just a cover for the real meaning of the ritual.

Placer’s journalistic style is very gossipy, and many of his claims are done in a style typical of conspiracy theorists. For example, he claims that Venezuelan bank notes are full of Santería symbols, which is not unlike the claims that the American dollar bill has Masonic symbols—and that somehow proves that some Masonic Lodge is really calling the shots in Washington.

It is, thus, very difficult to asses the veracity of Placer’s allegations. It is beyond doubt that Castro was a very skillful manipulator, who was willing to go to great lengths in order to seize control of aspects of Venezuela’s political system. It is also true that in order to increase his grip on power in Cuba, Castro catered to local santeros. But there is simply not enough evidence to sustain the claim that Castro used Santería in order to manipulate Chávez. Chávez’s private religious beliefs were always a mystery—in large measure because in his populist style. He liked to play along with all religious beliefs wherever he went in order to please crowds.

We do know more about the religious beliefs of Chávez’s successor and mentee, Nicolás Maduro. For a time, he was a disciple of Sathya Sai Baba, the Indian guru who, we now know, was unashamedly manipulative of his followers. Maduro also had some singular mystical inclinations. He has claimed the spirit of Chávez speaks to him through a bird and also that Chávez’s facial image makes appearances in stains on the wall of a Caracas’ subway station (Maduro, not being a highly educated person, is obviously unaware of what pareidolias are). Maduro was chosen as a successor by Chávez, largely because the Cubans saw him as someone they could work with (the other candidate for succession, Diosdado Cabello, is more competent, but Cubans do not trust him). If we bring together Maduro’s greater inclination to superstition, manipulability, and Cuban sympathies for him, then perhaps a stronger case could be made that, indeed, Santería may be a factor in Cuba’s control of Venezuela.

Yet, when it comes to this argumentation, one word of caution is in order. It has become too easy for us Westerners to claim that Santería and other African cults are based on superstition, whereas Christianity has nothing of the sort. This view is, of course, deeply ethnocentric, and unfortunately, it underlies many of Placer’s claims. From a strictly rationalist point of view, the exhumation of Bolivar’s remains in order to be imbued with his powers, is as superstitious as preserving the relics of some Medieval saint. Maduro claims communication with Chávez via birds, but let us recall that George W. Bush once said that God told him to invade Iraq. Alas, one man’s religion is another man’s superstition.

The real reason of concern should not be superstitious behaviors as such, but rather, the way clever politicians control weaker minded politicians through their own superstitions. And, although we cannot be entirely sure, it does seem that Venezuela’s misfortunes are indeed partly attributable to this lamentable dynamic that has been present ever since one man convinced another that there was some supernatural realm.