Antje Ellermann: What Drives a Country’s Openness to Immigration 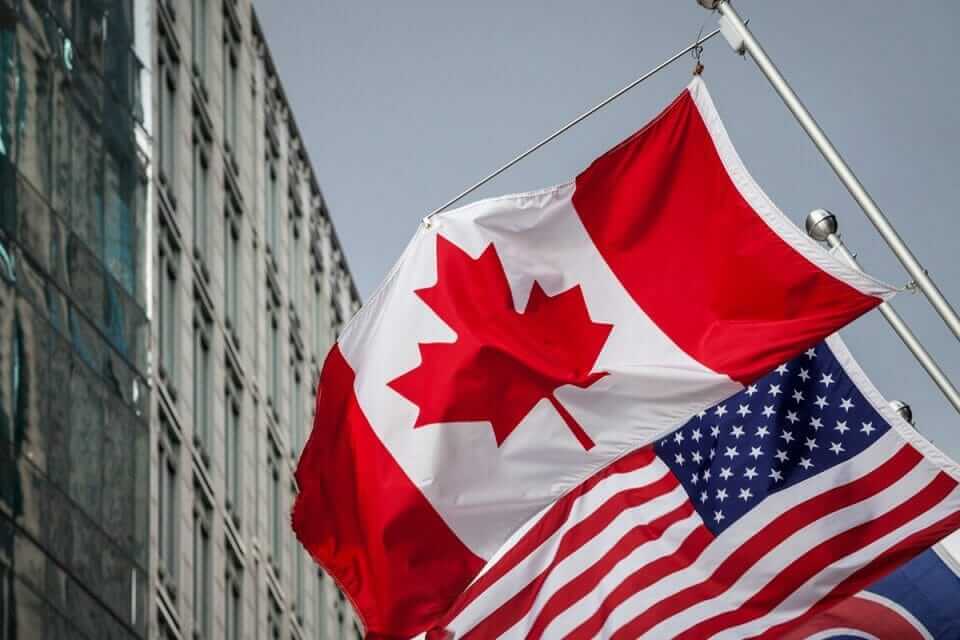 As the United States Congress grapples with immigration issues again, as though the word again need no longer be added, a scholar on immigration recently published a comparison of four countries that looked at why immigration debates are vastly different in four seemingly similar countries—the United States, Canada, Germany, and Switzerland.

As an immigrant herself, Dr. Antje Ellermann was the person to reach out to in an attempt to come to some understanding on this subject. She is an associate professor of political science at the University of British Columbia in Vancouver and is the director of the school’s Centre for Migration Studies.

I sat down with her, and what began as a serious policy discussion turned almost casually and accidentally into perhaps the true heart of the matter—the personal question: Where do we, or more accurately, where do I belong?

The answers were both revealing and disturbing.

Ellermann now lives in Canada, but “I come from Germany’s Texas,” she said as we began.

Your recent book, The Comparative Politics of Immigration: Policy Choices in Germany, Canada, Switzerland and the United States, was just published in March. Why did you compare these four countries?

The premise is that despite similarities in contexts and similar challenges, the United States, Canada, Germany, and Switzerland have adopted quite different policies. How can we make sense of that?

What did you find?

We can distinguish between dynamics and outcomes. When looking at the dynamics, there are three that need looking at every time we look at immigration reform. Those, I call insulation.

For example, political insulation is when policy-makers are able to pursue what they want, to legislate or put into regulations, without interference by outside interests.

Interest group insulation is lobbyists trying to shape policy to reflect their preferences. As a subgroup, popular insulation is when the general public is highly influential, like in Switzerland where…public referenda often happen on immigration. But if policy-makers have popular insulation, they can proceed as they wish despite public pressure.

The third kind of insulation is diplomatic insulation. Countries that send immigrants are lobbyists in their own right. They have interests in immigration policies that governments like Canada or the U.S. implement. Even if it’s not direct lobbying, policy-makers think about diplomatic repercussions and the impact on foreign relations.

Those three insulations vary a lot across countries.

With Canadian immigration policy-making, the central actor is government and senior levels of bureaucracy. Canadian immigration law takes the shape of framework legislation, which outlines the overarching goals and leaves important decisions to the regulatory process—what are the targets, how many immigrants are to come in, how should those be divided up between the different streams?

In the United States, all of this is legislated by Congress. If you want to change the number of visas, it has to go through Congress.

In Canada, that’s all happening within the executive branch: an institution that has a lot of insulation from interest groups and popular pressure. At the same time, they have less insulation from diplomatic pressure because the federal government has to pay close attention to foreign policy repercussions. The Canadian case is extreme in terms of having popular and interest group insulation.

Compare that with Switzerland, which is so different. There, you have very little insulation all around. The really interesting thing is the lack of popular insulation due to referenda and popular initiatives. People can put things on the agenda. That happens quite frequently in the area of immigration.

In the U.S., Congress dominates policy-making, but Congress is very susceptible to interest group lobbying.

[Consider that] the Canadian system is focused on economic immigration, whereas family immigration and humanitarian immigration are a minority of admissions. Two-thirds of admissions are typically in the economic stream. It has been like that for many decades.

So, you have policy-makers wanting to set up a similar system in both countries, and you end up with really different systems because of differences in insulations which shape the ability of policy-makers to act on their preferences.

So, Switzerland, because it is highly influenced by citizen lead initiatives, should theoretically have a more restrictive immigration policy than Canada?

That’s right—except Switzerland actually has weak insulation in all three areas. Swiss policy-makers are between a rock and a hard place. There is significant popular pressure. But Switzerland [simultaneously] has very weak diplomatic insulation. It’s this little island within the EU, totally export dependent. It wants to have freedom of goods provisions through bilateral treaties, which comes with a requirement for freedom of movement. So, the EU is saying to Switzerland that if you want to be part of this trade community, you also have to have freedom of movement. It comes as a package. Policy-makers in Switzerland are willing to do that. Then the Swiss people say, “Hold on. We don’t want to give up a system that allows us to control the number of immigrants.” It’s a tricky balancing act.

From a presentation you did at the College de France in 2019, you said “A country of immigration has become the settler’s alibi.” Could you explain what you mean by that?

I should say that is not a term I have coined but have borrowed from others.

I’ll explain first from my personal perspective. I come from Germany. I was investing a lot of resources in coming to terms with the past of the Holocaust, trying to understand how this could happen, and how to prevent that from ever happening again. My secondary schooling in Germany was a really important part of defining how I was raised through my teenage years. That was very challenging, trying to figure out your own identity and who you are, and being reminded of that collective guilt of the Holocaust. I’ve always struggled a lot with my German identity.

And then moving—via a few detours—to Canada, which has this celebration of multiculturalism, felt really good to me, initially. Here is a country that I could be proud of to be in. It’s celebrating something that ideologically I support, and, personally, I feel accepted as an immigrant.

I lived here for quite a while until I started to dig deeper into the darker side of Canada. I knew very little about settler colonization in Canada. Then, I started to read and realize that folklore of “a country of immigrants”—a multicultural country—hides a lot of fundamental problems.

When we look at the past—at some point—we no longer talk about colonizers and settlers. We just talk about immigrants. That has a really positive spin that sheds the baggage of being a colonizer or settler. But I like the word settler because it becomes clear that you, as a newcomer, whether you like it or not, are implicated in this entire colonial project. Talking about Canada as a country of immigrants is kind of an alibi.

An historian at the University of Toronto, Donna Gabbachia, looked at the changes over time, of that term “country of immigration.” It came to be used in the civil rights era under John F. Kennedy when certain elites in the country wanted to move away from the race-based admission system and replace it with something universal, progressive, [and] non-discriminatory. This is when country of immigration was used as something to celebrate.

I don’t want to take away from the successes of multiculturalism. A lot can be learned from Canada’s way of facilitating integration, but I think Canada [and the United States], at the same time, really have to grapple with the fact that we use this as an alibi to make us feel good when, in fact, we need to address the issue of colonialism.

The settlement sector—immigrant and refugee supporting organizations—understands that their mandate is to welcome newcomers. Yet, they are also starting to recognize that it is not theirs to extend the welcome. It is really the place of the indigenous owners of the land who can extend the welcome. And so what comes from that recognition is irreconcilable in some ways. It is such a fundamental tension.

Many racialized people here will say, “We identify with indigenous peoples.” I have always found that odd. I come from the Okanagan Valley, and indigenous people there have this word sema, which directly translated means white. But if you talk to the elders, as far as I understand it, they will explain that it doesn’t mean white people, per se. It refers instead to a way of life. People with an agricultural lifestyle are sema. That could be anyone regardless of skin color so long as they are a settler. I find it intriguing that they are essentially saying: It doesn’t matter who you are or where you come from; it’s your lifestyle that differentiates us. Essentially, don’t try to ally yourself with us as though you are oppressed and we’re oppressed, and, therefore, we’re friends. What are your thoughts on that?

This is one of the biggest areas of contention in the scholarly literature on solidarity and intergroup relations. You really nailed it.

Some argue that everyone who is not white is racialized and oppressed and, therefore, natural allies and should stand in solidarity. If you use the word BIPOC, it integrates black and indigenous and people of color. It is all one category versus whites. And others are saying, “No, you are either indigenous or you are a settler.” There are racialized settlers and non-racialized settlers, but they are all settlers.

BIPOC makes sense when you talk about racism in society. But, when you talk about colonization, then it is settlers versus indigenous people. Not everyone shares this view. While the recognition is in some ways more straightforward for white folks who are confronting their complicity in colonization, I believe that racialized individuals cannot automatically assume they are allies and in the same boat [with indigenous peoples]. It often goes unexamined.

It’s very personal for you, isn’t it?

Yes, as an immigrant myself and as a mother raising a child, [I wonder] how does a child think of itself being raised in this society. It’s really interesting for me—this kind of having to go through the soul-searching process in Germany. And now that I’m in Canada, [again] I see grappling with the past with the focus on the Indian residential school system and conversations about decolonization.

That is a future trajectory, still ahead of us.

It is indeed. Thank you.