Forgiving All Debt Is a Step in the Wrong Direction 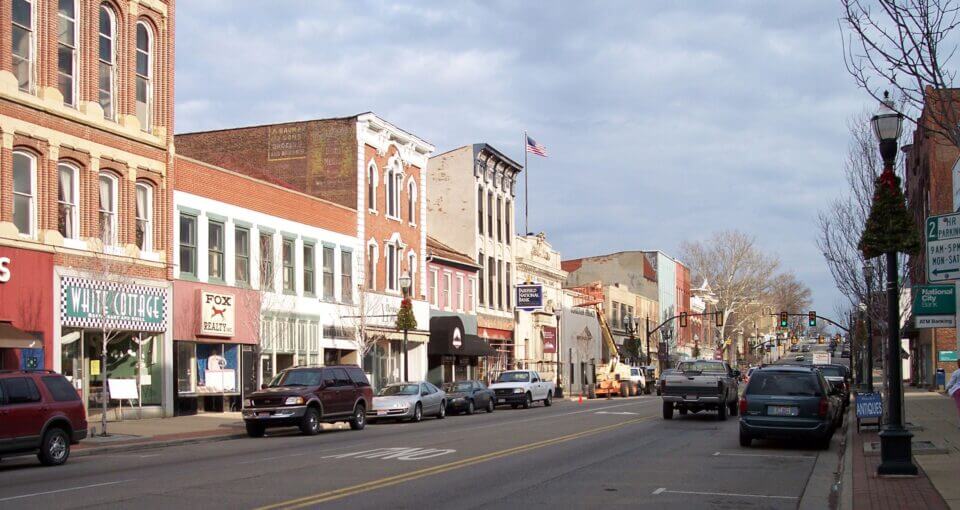 “In financial markets, the basic unit of cost is risk.”

In a recent article for this publication, Andrew Joseph Pegoda writes that “individuals with the very least amount of capital are, however, often indebted to pawnshops, to payday loan businesses, and to other wealthy predators of the Imperialist White Supremacist Capitalist (Heteronormative Ableist Theistic) Patriarchy.” When I come across someone attributing the wrongs of the world to the “Imperialist White Supremacist Capitalist (Heteronormative Ableist Theistic) Patriarchy,” I usually yawn at the illusory, Manichean construct and move on. Unfortunately, however, I come across such constructs more and more often. It has become like reading and studying Marx. Why waste so much time taking seriously what should not be taken seriously (full disclosure: I am no fan of Karl Marx)? Well, because nowadays, it seems so many people do.

Pegoda expresses support for this tweet: “A lot of poor people don’t have student loans…they have payday loans and medical debt, and an inflated car payment. They deserve to have their debt erased just like college grads.” He writes that “forgiving only student loan debt is classist. Other forms of debt cause active harm, too. Simply, all debt should be forgiven to help foster not just economic prosperity but basic wellness.”

My response: simply, no.

First, like Pegoda, I will provide a note of positionality because he might want to know. One poignant memory in my childhood was the day my mother sadly and regretfully informed me that she had to withdraw the $400 I had saved up in my bank account from paper route savings. The reason? My parents did not have enough to pay the rent that month. Eviction was on the table.

Growing up poor, I became familiar with all the ins and outs of poor people trying to scrape by from one day to the next. I know about layaway. I know about eviction notices. I know about backhanded help from an uncle who slipped some money from an insurance scam into my father’s hands to make ends meet—just before my uncle found his way back to prison. I know about living in a women’s shelter. The family stories are endless. But living in the gritty city of Providence, Rhode Island, it was all around me. Providence was also the one-time center of the New England mafia. I know about loansharking. I know about political nepotism. I know about street corner deal making. I know all about the zero-sum mindset of all those who know little about sound economic decision-making.

One can learn much more about my “lived experience” in poverty as a kid and as a college student in this article, but suffice to say that—given the genetic fallacy—I do not think it adds anything to my argument (just as I do not think my current bout with brain cancer, which has stuck me with a not-insignificant deductible, adds anything to my views on universal health care—I support it, but I am not convinced a nationalized single-payer system or “Medicare for all” is the way to do it). Typically, I would not state my positionality because I think it adds little to the merits of an argument—in this case, we should not cancel all debts. But if it makes a reader more receptive to my case, then so be it.

So, what is the problem with the elimination of all debt? Short answer: basic economics. This is not the paltry sophistry of so-called “neoliberalism,” a hazy and ambiguous term with historically inconsistent meanings, as I have written about here, here (see Letter #4), and here, and which one can read even more about here and here. It is instead about a basic lesson I learned from studying economics after so many years growing up poor: There is no such thing as a free lunch.

For example, I was fortunate enough to attend the University of Pennsylvania as an undergraduate. As a recruited athlete whose parents had no means whatsoever to pay the exorbitant tuition of an Ivy League university, I was also fortunate enough to receive a generous financial aid package. A large portion consisted of university-bestowed grants, but a good chunk also consisted of Pell grants and Stafford loans (and by the way, I was still left on my own to purchases expensive textbooks and weekend meals). The university grants, however, came with the expectation that I would be a contributing member of the track and field team. It also came as an investment on the part of the university in the future promise of one of its students, which might lead to future donations, personal achievements that would reflect well on the university, or some other benefit to the university. I never considered it an act of charity, or even a moral gesture to help out a kid in need (although I would have no objection if it were). The same with government-financed aid—an investment in the productive potential of a future tax-paying member of society.

In short, I had to do my part as well.

I suspect that objections to these points are minimal, but they shed an important light on more general dynamics in financial markets. Put simply, financial markets facilitate the operation of the real economy by allowing for the allocation of capital across competing ventures pursuing productive opportunities. Every expenditure comes with a benefit and a cost. In terms of finance, this means that no return comes without risk. In financial markets, the basic unit of cost is risk. The world of finance is not simply about returns. It is about balancing returns against risk. In credit markets in particular, banks do not simply hand out loans while rubbing their greasy hands in Scrooge-like fashion in anticipation of profits lifted from the exertions of the living labor power of the poor like so much fictional abstract labor. Debt is not always and everywhere “predatory.” Certainly, it can be, as I learned from my lived experience in a city with a heavy mafia presence, or as anyone can learn from reading up on the history of redlining and sharecropping.

More fundamentally, financial markets—like markets in general—provide for the allocation of resources against competing uses. This means that decision-making involves the evaluation of relative costs and benefits, and by cost, I mean opportunity cost—the incremental cost of one alternative over another. In financial decision-making, for example, it might mean evaluating various investment opportunities by means of various return-risk ratios—the Sharpe ratio to measure incremental returns against total risk, or the Treynor ratio to measure incremental returns against systematic risk.

No need, however, for a textbook lesson in risk metrics or the workings of financial markets. The basic point is that debt financing is one of two basic sources of capital (the other being equity) used to allocate risk and return in financial markets (there is also the broad swath of alternative investments as a third source of capital). There is nothing malevolent or predatory about it per se. Debt markets, like markets in general, are certainly not perfect (anyone who has read an Econ 101 textbook learns about market failures). They depend on effective regulation, well-structured incentives, and competent risk management. No doubt the “culture of Wall Street” could be less narcissistic. No doubt the impersonal nature of complex, global financial markets can seem uncaring. No doubt the embrace of environmental, social, corporate governance (ESG) investing in recent years can seem cynically opportunistic rather than a model of good citizenship.

None of that implies a fundamentally Manichean world of predatory lenders getting rich on the backs of the poor. It is, in fact, more accurate to say that, in many cases, forgiving all debt would be predatory on the financial sector, further enriching the well-heeled at the expense of commercial banks. According to a Brookings report, “[a]bout 75% of student loan borrowers took loans to go to two- or four-year colleges; they account for about half of all student loan debt outstanding. The remaining 25% of borrowers went to graduate school; they account for the other half of the debt outstanding.”

Those are worthy questions, but the point is that we are not talking about exploiting the poor to enrich the banks. As the Brookings report notes, “[t]he government limits federal borrowing by undergrads to $31,000 (for dependent students) and $57,500 (for those no longer dependent on their parents—typically those over age 24).” Moreover, while Pegoda notes that “some are too poor to qualify for credit,” the Brookings report observes that since 1980, when so-called “neoliberalism” reached its fabled apex with the election of Ronald Reagan, “[t]he federal government has changed the rules to make loans cheaper and more broadly available. In 1980, Congress allowed parents to borrow. In 1992, Congress eliminated income limits on who can borrow, lifted the ceiling on how much undergrads can borrow, and eliminated the limit on how much parents can borrow. And in 2006, it eliminated the limit on how much grad students can borrow.”

There are other flawed and vague generalities in Pegoda’s article, such as claiming that “employers” do not “pay anything close to a living wage,” but I will end with a basic factual inaccuracy. Describing banks as “effectively branches of government,” he claims that “banks/de facto governments and their trillions of collective dollars could easily afford to clear the ‘balance due’ columns.”

If only Pegoda took a moment to review assets and liabilities of commercial banks in the United States (see Table 3), he would learn that as of December 2020, consumer loans (e.g. credit cards and auto loans) constituted $1.6 trillion worth of assets. This is 7.5% of total assets. But as vital intermediaries in complex financial markets, banks do not care about interest per se but, rather, about net interest margin. Banks do not only collect interest on debts but pay interest on deposits. In other words, assets do not come without liabilities. Indeed, $1.5 trillion in consumer loans constituted 76% of residual assets—that is, total assets after subtracting total liabilities.

In conclusion, Pegoda does himself a disservice in framing his article in Manichean terms because doing so distracts from the granular and nuanced analysis that should be undertaken to ensure that financial markets work for everyone. I am especially sympathetic to the plight of the poor given my own lived experience. I wholeheartedly support reforms to facilitate the poor’s access to capital markets and other economic opportunities. I have long been an advocate of personal finance classes in high school curriculums. Moreover, one will encounter little disagreement from me that the Great Recession gave us a vivid demonstration of the ever-present need for regulatory oversight and responsible risk management policy on the part of the banks. But the ongoing need for reforms is not an indictment on the fundamental benefits that financial markets, including debt financing, provide to any economy. Indeed, it can well be said that finance made civilization possible. Forgiving all debt would be a step in the wrong direction.