On the Inevitability of Racism 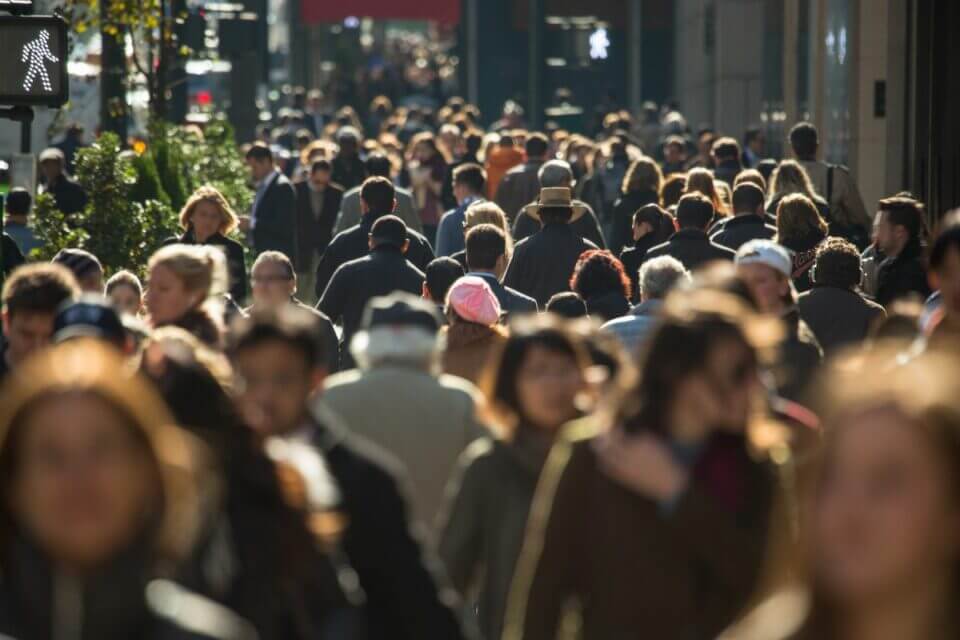 “As psychoanalysis long ago has perspicaciously demonstrated, prejudice is universal to human nature and is evolutionarily informed.”

In today’s culture wars, where race is largely the locus of societal conflict, no one wants to broach the taboo head on out of fear that the powder keg will blow. But let us not mince words. We need to confront a most uncomfortable empirical fact most people would deny: Every person by nature is racist, and it is simply a matter of degree. We all know this, as we are intimately aware of our own emotional prejudices directed toward others; however, we largely keep this aspect of our psychic lives secret and reserved for our own private thoughts. Anyone who denies this is simply posturing, for it is not something one wants to admit or be forced to acknowledge publicly. As psychoanalysis long ago has perspicaciously demonstrated, prejudice is universal to human nature and is evolutionarily informed. But before I discuss the psychology of prejudice in more detail, I want to appeal to common sense and bona fide truthfulness.

Even though each person knows that he harbors some racist tendencies, even if only benign, we feel a need to deny it, especially in open social discourse because it is thought to be distasteful, even if we think it is mainly unconscious or due to involuntary attitudes or unintentional (implicit) bias. And this holds true for all peoples, regardless of skin color. No one gets a free pass or is exempt. We cannot escape this in our culture, upbringing, or social milieu as seeing race permeates our early familial environment, communal structures, and institutional politics of any given society. It simply becomes a question of how it manifests.

There is a considerable difference between those who believe that their race is inherently superior to other races and should a fortiori have control over them, let alone advocate hate simply based on the color of one’s skin—the premise of so-called “white supremacy” that most Caucasians do not endorse, as opposed to those who (consciously or unconsciously) harbor racist sentiments or attitudes directed toward alterity. Most decent people keep such thoughts to themselves along with a degree of shame, guilt, or humility as it is not in accordance with the better angels of our nature. However, if we are honest with ourselves, we cannot deny our proclivity to pass judgments onto others simply based on our emotional prejudices (and unconscious reactions) to people and events we dislike or have aversion toward. Prejudice is part of our inner constitution whether we like it or not. Anyone claiming not to harbor racist thoughts or dispositions is simply lying or wanting to appear morally virtuous. Give me one hour in a clinical interview with anyone, and I will prove my point. So let us stop pretending, stop pointing moral fingers as emissaries of ethical provenance, and accept this basic facet of our nature.

Racism is a fact in every society and in every culture, gradations of which are ubiquitous everywhere, and there is no need to deny or disavow its omnipresence.

Long before contemporary research appeared on implicit bias showing that all people harbor negative unconscious attitudes toward others who are not part of their race, ethnicity, gender, or religion, I argued in my 1997 book The Ontology of Prejudice, that this is as natural as breathing. Contrary to traditional accounts that profess that prejudice and racism are learned or culturally acquired, I believe they are innate universal predispositions in all people. Prejudice is an essential aspect to human nature that is unconsciously and evolutionarily propelled, or we would never have psychological preference for our own kind or in-group identifications, xenophobia, fear of the Other, or hate. Implicit bias research in the social sciences places emphasis on aspects of the self that remain outside of a person’s awareness and are, thus, epistemically ignorant of their biased values and preferences to begin with, while I indicated some 25 years ago that we are quite conscious of many of these tendencies yet do not want to admit them publicly. We all project and transfer our fantasies onto others, especially those who are different from our perceived identities and values. No race, ethnicity, culture, or gender is exempt from these universal aspects of human nature as they are normative a priori psychic processes, yet we still pretend that they are only pathological variants of prejudice that abnormally harm society and need to be stomped out. But how can we eradicate let alone transcend our human natures?

Just as tribal and in-group affiliations have evolutionary advantage when it comes to survival, such potential threats against predation and in favor of preservation are innate, even if we distort the sources of potential hazard. This is also why prejudice, as an intrapsychic archetypal predisposition to pass judgments onto others without knowing who they are, is endemic to cross-cultural psychology. We have preconceived ideas of others we rightfully and wrongfully attribute to them based on our personal experiences of being in the world. Furthermore, our self-preferentialism and biases form the basis of our discriminatory relations within society that, in turn, inform the very foundations of our value judgments and ethical ideals. To prefer is to value, and to value is the judge. Either consciously or unconsciously, we choose that which is more personally desirable. As such, we pass value judgments through the exercise of our internally discriminatory operations of thought. The only difference is that a civilized person shows ethical restraint and judiciousness and does not act out their prejudice unreasonably.

Let us be clear: Prejudice and racism are no more likely to disappear than the reality of the external world, and in all possible human worlds. Life without prejudice would mean the end of humanity, as we all suffer (pathos) and need a whipping post to vent and supplant our frustrations over the toils of living. In other words, life is hard, and it is difficult to suppress a cry without sacrificing our common shared humanity or becoming emotionless zombies. Peoples of the world need to displace their anxieties, malaise, trauma, and grievances onto some other designated scapegoat—the patsy who should stand in interpassively as the arbitrary Other, bend over, and take the proverbial paddle for the rest of humanity’s welfare. As for today’s woke culture, this has taken the form of crucifying anything historically European, anglicized, colonial, or simply deemed “white.”

I do not want to regurgitate platitudes or activist propaganda the Critical Social Justice (CSJ) movement takes for granted: namely, that we can establish a utopian antiracist, unbigoted, and equal society where everyone is identical and participates in egalitarian holism and partakes in all spheres of life with equal outcome. This is an illusion that has infiltrated progressive ideology driving the woke mindset interpellating the social unconscious fantasies of collectives who are largely in denial of their own internal natures. I am a realist. The world needs ditch-diggers too, but hopefully they will be well compensated. Racism is a fact in every society and in every culture, gradations of which are ubiquitous everywhere, and there is no need to deny or disavow its omnipresence. But when the more egregious forms of racism prevail, it hurts all of society. Given that we are all in the same boat, it is incumbent upon us to curb this natural inclination in service of our psychosocial, educational, moral, and human development.

In today’s globalized world, we are always finding ways to blame and scapegoat otherness rather than grappling with ambiguity, ambivalence, and paradox, as it is a human predilection to negate anything we do not like. That is why the more self-conscious and reflective we become of our prejudices, the more likely we can curtail their manifestation. Returning to the ancient notion of virtue where we recover the ideals of common sense, realism, prudence, moderation, civic-mindedness, and good character instead of indulging in various forms of acting out, the externalization of blame without accepting one’s own accountability, and the denial of the personal problems one brings to the table or brings on themselves needs to be re-examined. This sensibility also has a higher chance of achieving positive social change, where marginalization is replaced with the benefits of empathy, hospitality, and mutual recognition (within a moral framework of civil coexistence and tolerance) without resorting to infantile rage, demonization, and the dehumanization of alterity. Please join me in this humanitarian quest.

Jon Mills is a Canadian philosopher, psychoanalyst, and psychologist. He is an honorary professor in the Department of Psychosocial and Psychoanalytic Studies at the University of Essex and is the author of over 30 books in philosophy, psychoanalysis, psychology, and cultural studies, including most recently Psyche, Culture, World (2023).