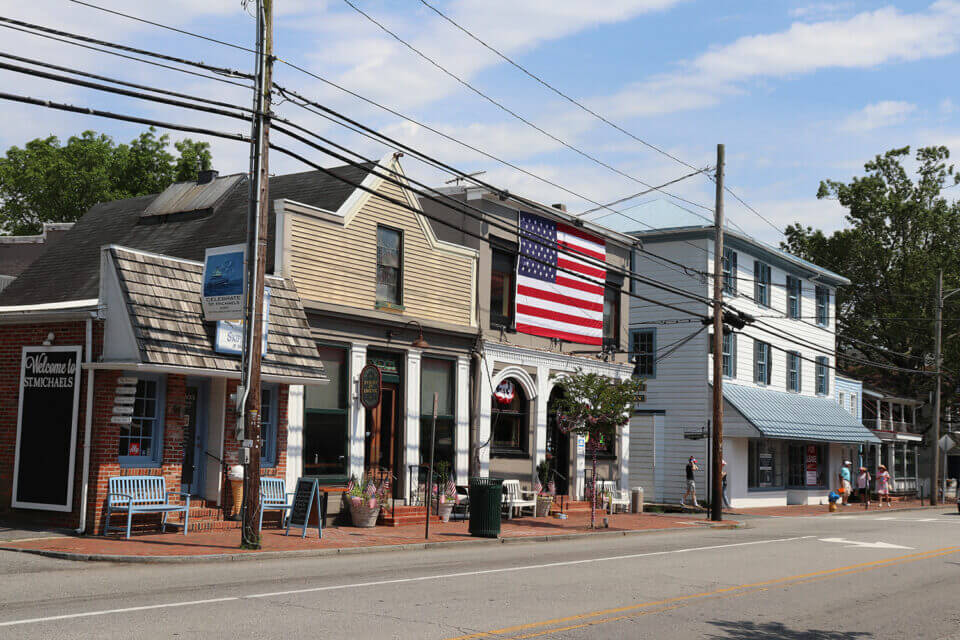 “They’ve always been rivals with a town across the county line, a town of insulation and roofing makers. It’s a working-class rivalry, the authentic kind, one that lasts whatever color the collars become.”

Your round will take you a few hours. You’ll see pretty much everything there is to see here in one go. You won’t be awed, but you’ll get enough to pique your curiosity.

Solsbury is the biggest town. The river on its northern edge has hickory trees, semi-treacherous rocks, and plenty of birds and fish. The neighborhoods are well planned but not extremely ordered. There are enough twists in the streets, enough variety in the houses, to keep it interesting. It’s hard to find anyone here who’s rich, and impossible to find anyone poor.

Merton is the roughly central square of the county. It’s small but packed with 19th century buildings. Not many people live there, but they’re steeped in history, and they will never pass up the chance to give visitors their two cents.

Some dogwoods were cut down a few decades ago so houses (not too many) could be built for people (not too many) who liked the remaining trees (a fair amount). This became Forest Fields. The residents grow food as well as buying it, and they give some crops to a food bank. They can be generous because their salaries are high, but they dare not advertise that.

Princetown formed around the remnants of a village set up when George IV was born. Only two of the oldest houses are left. It seems most were destroyed by Continental cannons when redcoats holed up there. As the next village over was Patriot, the Tories who’d let the troops in didn’t get much sympathy.

During the Jazz Age, for reasons unknown, a millionaire put up some columns in a field. No roof, no beam, no writing, just six Tuscan columns. In the Depression, there were gatherings there: political speeches, church revivals. After the War, some houses went up. The owners formed Tall Stones after the Cuban Missile Crisis. They could all afford bunkers, and none of them trusted the government.

Georgetown isn’t named for Washington or a king—just a businessman who was fine being called by his Christian name. It’s a nice place, farms and shops and a car parts factory that never bothered to outsource. It’s nothing special, and that’s how locals like it.

Masonville used to be all industry. It still has wiring and toolmaking, but office parks and fulfillment centers have pretty much taken over. They’ve always been rivals with a town across the county line, a town of insulation and roofing makers. It’s a working-class rivalry, the authentic kind, one that lasts whatever color the collars become.

A small sect, some offshoot of the Methodists, formed Siloam. They’ve never been friendly to outsiders. They don’t aim brimstone at their neighbors, but no one wants to exchange pleasantries with them. The interfaith events the county sets up now and again don’t include them. It’s unclear whether the invitations are unanswered or unsent.

You’ll go home mildly impressed. You’ll probably say to yourself: “Could’ve been worse.” It will have been worth your time, even if you’d have gotten much more by going into the city with your friends.

Michael D. Purzycki is an analyst, writer, and editor based in Arlington, Virginia. In addition to Merion West, he has been published in Divergent Options, Braver Angels, the Washington Monthly, the Center for International Maritime Security, and Charged Affairs (the journal of Young Professionals in Foreign Policy), among others.