The Acute Danger of Iran’s Belligerence 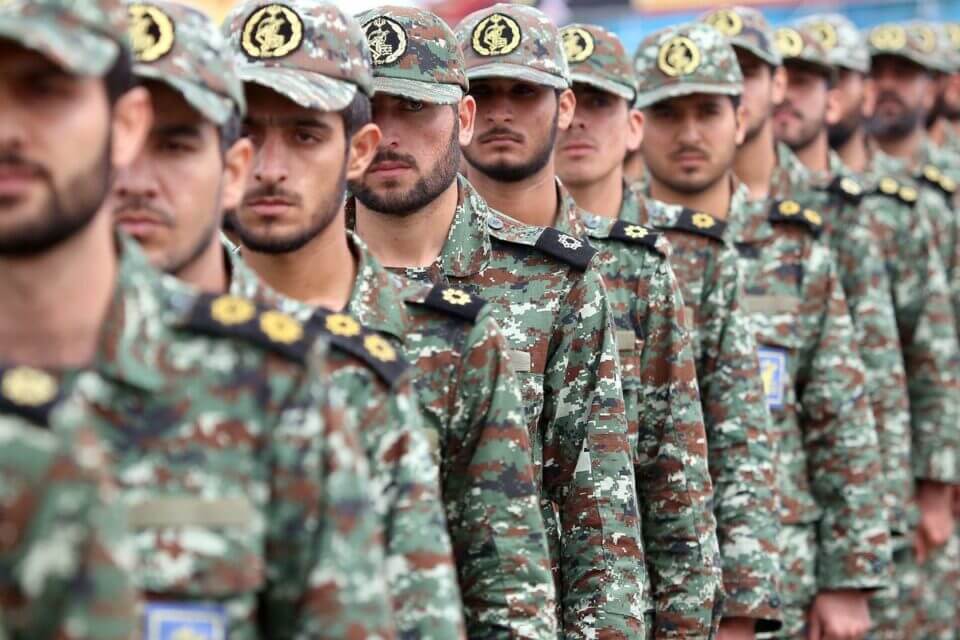 “Our collective inability to push back against such a hateful worldview by holding Tehran accountable for the terror it is has funded and weaponized could soon prove to be a costly mistake.”

The Islamic Republic of Iran has seldom hid its desire to see Israel fall or, as its Leadership has put it, “annihilated.” But Tehran’s attitude toward its Jewish neighbor has grown significantly more heated as of late. It is a sign, no doubt, that due to its inability to revive the Joint Comprehensive Plan of Action (JCPOA) and see the Islamic Revolutionary Guard Corps (IRGC) rebranded as a legitimate apparatus, Iran may consider more radical actions.

Although Tehran has hidden behind its proxies for decades, and many have argued that it would never directly engage Israel militarily, we should not discount its newfound confidence as it believes to have Israel surrounded. Iran’s military strategy toward Israel was summarized in 2019 by Major General Yaakov Amidror, the former head of the Research Division of Israeli Military Intelligence, as “the ring of fire.” The term refers to Iran’s efforts to expand its precision guided missile project throughout the Middle East to encircle Israel and overwhelm its defenses.

For decades now, the Islamic Republic has architected a narrative around anti-Zionism, advocating not only for the destruction of Israel but also for the expulsion of its people, the Jews, from the region altogether–painting its motive as an act of grand liberation. Our collective inability to push back against such a hateful worldview by holding Tehran accountable for the terror it is has funded and weaponized could soon prove to be a costly mistake

However one may feel about Israel–and, more to the point, Israel’s right to defend its territorial integrity against terrorism–any such challenge not only sets a dangerous precedent under international law but also erodes the very concept of national sovereignty and statehood. Should we fail to read the proverbial “writing on the wall,” we may give rise to proto-states and indirectly normalize the actions of groups such as the Islamic State, who, on the basis of their religious ideology, have attempted to present themselves as states. This threatens the very fabric of our world order by reinventing statehood as iterated in the 1648 Peace at Westphalia, which established the basis of modern international law.

To pay lip service to Iran’s claims against Israel is to allow for the dissolution of the very foundation of our sovereign rights: a dangerous exercise if we consider Tehran’s ambition to lay waste to Western democracies. Furthermore, under the rule of the Ayatollahs, Iran has become a danger to the West, well beyond its nuclear ambitions–ambitions which are fast materializing. On May 31st, the United Nations Atomic Agency affirmed, proof in hand, that Iran had accumulated enough enriched uranium to build a nuclear bomb:

“Iran has now accumulated enough enriched uranium to be able to quickly produce more than a significant quantity of HEU (highly enriched uranium) for one bomb,” said Daryl Kimball of the Arms Control Association in a May interview with NBC News. Kimball went on to warn that, “The time it would take them to do that can now be measured in days, not months or weeks.”

Unburdened by any meaningful oversight, Iran has amped up its belligerence, so much so that it has actively advertised its intentions to do harm, both against Israel and the West. In the wake of IRGC Colonel Hassan Sayyad Khodaei’s assassination in the streets of Tehran this May, the Islamic Republic issued a stern warning to Israel by advertising its intent to target Israeli “assets” in the Turkish media.

On May 30th, the Iranian Fars News Agency published a list of five Israelis it assigned for “liquidation,” adding that Israeli officials and aforementioned targets, “should be worried, even when asleep in their beds.” After a condolence visit to Khodaei’s family, IRGC Commander Hossein Salami promised, “We will make the enemy regret this, and none of the enemy’s evil actions will go unanswered.”

Greece, a NATO member, also faces increased pressure from the Islamic Republic, as two of its oil tankers have fallen prey to IRGC attacks. On May 27th, news broke that Tehran unlawfully seized control of the vessels as they entered the Persian Gulf. Footage released by the Iranian media revealed armed Revolutionary Guards landing on the Greek-flagged ship Delta Poseidon, which was sailing through international waters 22 nautical miles off the coast of Iran. Athens indicated that seizure was “tantamount to acts of piracy.”

A thorn in the sides of secular democracies, Tehran has proven time and time again that it cannot act as a legitimate partner in peace-building. Infuriated by the United States’ refusal to remove the IRGC from its Terror List, Iran’s leadership is now openly playing war games in the region, an escalation in belligerence that could precipitate tensions to the point of no return.

Acutely aware of the mounting danger against both its security and territorial integrity, Israel, an important NATO partner for over 20 years, rolled out a series of maneuvers simulating military strikes against Iran’s nuclear facilities. According to a statement by the Israel Defense Forces (IDF), dozens of fighter jets conducted a drill that included, “long-range flight, aerial refueling, and striking distant targets,” over the Mediterranean Sea this May. The Times of Israel reported that the drill would simulate a large-scale strike against Iran’s nuclear facilities. This exercise is part of the military’s major Chariots of Fire drills, which involves nearly all branches of the IDF.

The report reads, “In addition to having to find ways to strike Iranian facilities that are buried deep underground, requiring specialized munitions and tactics, the IAF will have to deal with increasingly sophisticated Iranian air defenses in order to conduct such a strike. The air force will also have to prepare for an expected retaliation against Israel by Iran and its allies throughout the region.”

If we consider that Iran is currently locked in a battle of wills with its people over demands for an end to the rule of the Ayatollahs, it would be fair to assume–in the light of Iran’s recent belligerence–that the regime’s ambition is to start a war. They are hoping to defuse tensions at home by fanning national sentiments against the so-called “Jewish threat”.

Catherine Perez-Shakdam is a research fellow at the Henry Jackson Society and a journalist who has extensively covered Iran.