If the Horseshoe Fits: Illiberalism Across the Political Spectrum 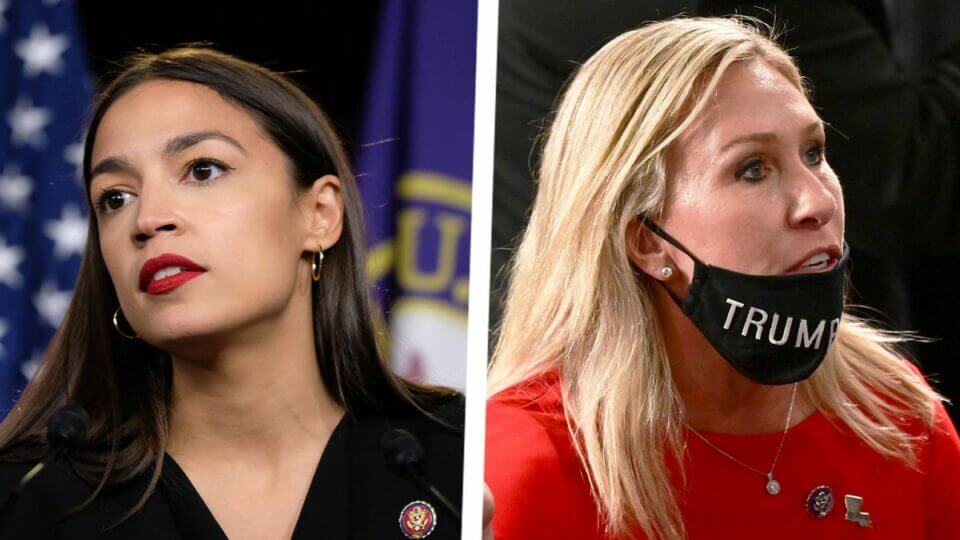 “While far-right ideologues make no secret of their illiberalism, their counterparts on the Left tend to cloak theirs in the language of equality.”

The idea that the Left-Right political spectrum is shaped like a horseshoe is anathema to those occupying the far ends of that spectrum. Who, after all, cares to admit that he is the mirror image of his worst enemy? But the fact of the matter is that if one moves far enough to the Right or the Left, he ends up with ideologies that are strikingly similar in their illiberalism.

Such ideologies are also inherently totalitarian: They wish to control every aspect of society, seeking complete ideological compliance across all spheres of life. Liberal democracy, which guarantees freedom of speech and permits individuals to pursue their own goals and interests, is thus seen as an obstacle rather than a path forward, despite its unparalleled track record in terms of human flourishing.

In the early 20th century, this totalitarian mindset led to the twin nightmares of communism and Nazism, two illiberal movements that are often portrayed—erroneously—as polar opposites. In The Road to Serfdom, F. A. Hayek writes:

“The communists and Nazis clashed more frequently with each other than with other parties simply because they competed for the same type of mind and reserved for each other the hatred of the heretic.”

While far-right ideologues make no secret of their illiberalism, their counterparts on the Left tend to cloak theirs in the language of equality. They speak of “social justice” and the need to “dismantle systemic oppression”: progressive-sounding concepts designed to appeal to well-meaning liberals while, in practice, eroding core liberal principles. Buzzwords such as “equity” and “diversity,” for example, often imply unequal treatment and discrimination based on immutable characteristics such as race and sex.

Such language games have been instrumental in advancing the Critical Social Justice (CSJ) perspective—more commonly known as “wokeness”—which, in recent years, has infiltrated a great many of the societal institutions in the West.

The prevailing “antiracist” ideology of today (as popularized by activist scholars such as Robin DiAngelo and Ibram X. Kendi) epitomizes the horseshoe principle: It is often unequivocally and unabashedly racist. The linguist and social commentator John McWhorter refers to this rampant phenomenon as “woke racism.” Like many of their counterparts on the extreme right, adherents tend to view everything through a racial lens, categorizing people by skin color.

“An earlier generation had come to the conclusion,” writes Douglas Murray in his recent book The War on the West, “that dismissing people, vilifying them, or generalizing about them simply because of the color of their skin was the definition of racism.” Today, we often hear that every white person is complicit in upholding racism unless actively working to dismantle “white privilege.”

This is no accident. As early as 2001, the Critical Race Theorists Richard Delgado and Jean Stefancic explained in Critical Race Theory: An Introduction, “Unlike traditional civil rights, which embraces incrementalism and step-by-step progress, critical race theory questions the very foundations of the liberal order, including equality theory, legal reasoning, Enlightenment rationalism, and neutral principles of constitutional law.” In short, CRT, which underlies much of today’s racial activism, rejects basic liberal values.

The fact that Delgado and Stefancic found themselves in agreement with fascists, racists, and white supremacists, despite pursuing widely divergent objectives, should have given them pause. At the very least, it should have raised some red flags. But today, just two decades later, this illiberal attitude and the tendency to re-racialize society are commonplace among self-professed progressives.

Another interesting case study is far-left anti-fascism. Antifascist Action (Antifa) groups typically consist of—or at least harbor—radical leftists and anarchists willing to use violence to stamp out any opposition (thus behaving like fascists) in the name of “anti-fascism.” This attitude was on full display when, in June of 2019, the journalist Andy Ngo was viciously assaulted by Antifa on the streets of Portland, Oregon, for being a conservative and having publicly called out Antifa bullies. Ironically, these radicals, whose definition of fascism is often so broad as to include anyone to the right of themselves, actively work to undermine the one thing that provides effective protection from fascist totalitarianism: liberal democracy.

The irony, however, does not end there. Take, for example, the homophobic tendencies in the LGBTQ+ movement. This is a movement that expects lesbians to get over their same-sex attraction and sleep with people with penises—formerly known as “men”—who merely identify as women, lest they be accused of transphobia. According to writer and comedian Andrew Doyle, a gay man:

“Stonewall [the largest LGBTQ+ rights organization in Europe] are the biggest threat to gay rights at the moment…Now that they have decided that being gay doesn’t mean being same-sex attracted, which is at the heart of being gay (they say it’s same-gender attracted; they’ve revised their definition on their website and their promotional materials), they’re promoting a new religion of gender identity ideologies: they’re saying we all have an innate sexed soul; and the consequence of that is that it works against all of the achievements of gay rights, which was predicated on the recognition of biological reality, because gay men are attracted to other men, and gay women are attracted to other women, and that’s what we were shamed for for so many years, and that’s what we were attacked for. And now we have activists basically saying, if you are a lesbian and you’re excluding people with penises from your dating pool, you are a bigot. The head of Stonewall, Nancy Kelley, calls them sexual racists. That’s the old homophobic trope: you just haven’t found the right man yet (saying that to a lesbian); or maybe there’s something wrong with you, maybe you’ve got trauma; or maybe you’ve got psychological problems, and that’s why you are not open—this is old-school homophobia from the eighties and before being recycled in the name of progressivism.”

As a consequence, Doyle no longer sees the rainbow flag as a symbol of tolerance but “as a warning of an intolerance, an illiberalism, a tribalism, something quite unpleasant—and that’s a complete about-face.”

What’s more, by basically eliminating biological sex from the equation, gender identity ideologues have given outdated stereotypes of masculinity and femininity a new lease on life: If someone does not conform to the norm, he is seen as not really male or female and expected to identify as something else or transition.

The horseshoe theory accounts for the fact that the one-dimensional Left-Right political spectrum does not reflect reality. The idea “that political opinions and movements can be assembled from left to right, and that, to the extent that you are not on the left, to that extent you are on the right” makes no real sense, according to philosopher Roger Scruton. Why, for instance, are both fascists and economic liberals considered to be on the Right? The main problem with the Left-Right binary, however, is that it obscures important commonalities between seemingly polar positions, driving well-meaning people into the clutches of radical, illiberal ideologies.