In Reply to “Jesus Mythicism Is About to Go Mainstream” 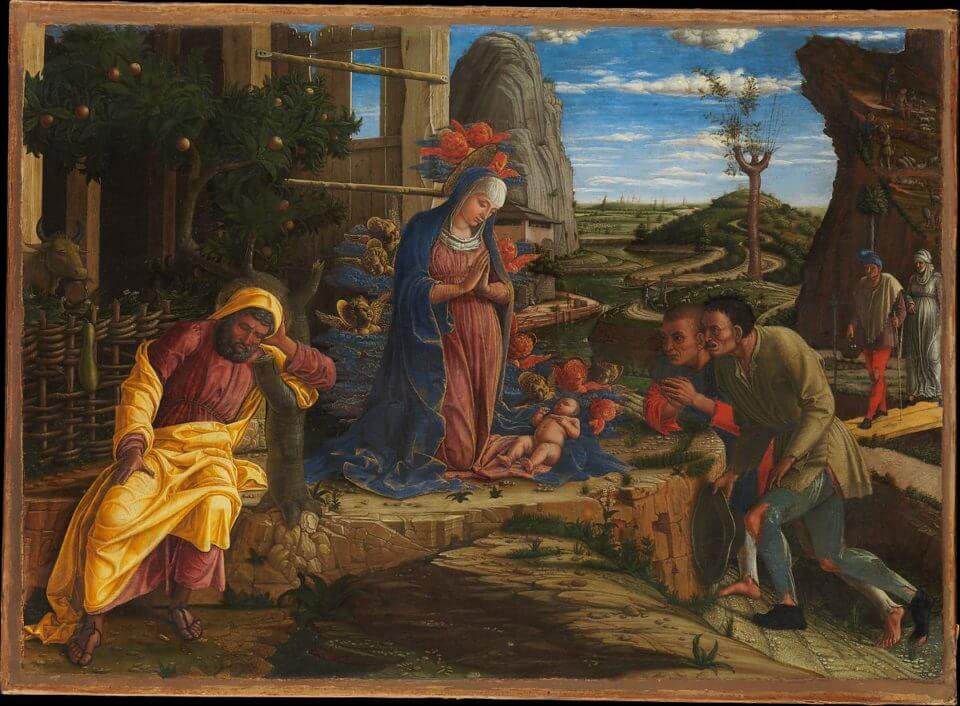 “As a former graduate student in religious studies and writer of the classics, it is deeply regrettable that the scholarship of the academy does not reach further and that century-old myths no longer of any substantial prominence in academic study still hold public sway.”

Peter Clarke’s recent essay on Jesus mythicism is filled with many misleading perceptions about contemporary religious scholarship and the place and understanding of Jesus therein. While one can reflect on the statistics about the cultural declination of Christianity and the woeful misperception of the public at large on religious scholarship, few scholars adhere to the mythicist disposition, and no one in any historical-critical religious studies department reads such obscure and phantasmagoric material. Moreover, the continual association of Jesus with myth-figures and Late Antique religion furthers—often unknowingly—the anti-Semitic origin of these ideas seeking to divorce Jesus from his Jewish context.

The reliance on the arguments of Richard Carrier, for one, are problematic. Carrier is not a respected scholar in the field and his work is debunked by the bulk of historical-critical scholarship. This, however, does not alter Carrier’s presuppositional bias (no amount of evidence will) who hides under the veil of critical inquiry while pushing conspiracy. Richard Price, though he has academic pedigree, is not exactly on the usual New Testament reading list either at any historical-critical religious studies department. Academic pedigree does not necessarily entail respectability; we know many graduates of prestigious schools today whom we do not take seriously because we know they are peddling nonsense outside the mainstream despite their paperwork credentials. Additionally, David Fitzgerald is a great digital entrepreneur, like Carrier, but not a scholar. The works of all three do not stand up against the thousands of books and articles in historical-critical scholarship.

Furthermore, the comparisons of Jesus to dying-rising gods of the Near East are hardly similar at all upon a close inspection. Nearly all scholars know the similarities are only bare and the differences tremendous within their particularities; the claims of similarities are based on overarching universal archetypal claims without careful attention to specificity and particularity. I shall return to this point in a moment.

Moreover, as mentioned, the Jesus akin to ancient myth narrative is a product of anti-Semitic scholarship of the early 1900s that sought to divorce Jesus from his Palestinian-Jewish context to give Jesus a more Hellenic-Aryan makeover and offer anti-Semites the ability to retain a Christian inheritance with their newfound philhellenism (this is still a view found in recent scholarship like that of Ethelbert Stauffer). This is often forgotten by contemporary mythicists with no knowledge of the intellectual origins of the movement they claim to be experts of. In its more extreme form, Jesus as myth-figure turned into a denial of his historical veracity (an obscure view then as now) which is what the movement is now famous for.

Since the 1960s, and especially since the publication of E.P. Sanders’s Paul and Palestinian Judaism and Jesus and Judaism, contemporary biblical and religious studies concerning the nature of Jesus is decidedly in favor of Jesus in his first-century Jewish context, which was an era of intense Jewish religious innovation leading to beliefs in covenantal nomism as well as eschatological apocalypticism, the latter of which Jesus preached and belonged. Lastly, the teachings of Jesus of Nazareth as a dissident Jewish rabbi are nothing like the other Near Eastern gods to whom he is often, and ignorantly, compared—for they did not preach about loving your neighbor, reconciliatory forgiveness, or the impending eschaton. This also does not include the fact that the dying-rising and mythicist assumptions are over one hundred years old and woefully out of date with contemporary scholarship.

Now I shall return to the assertions that Jesus is akin to myth figures with the example of Osiris in the so-called dying-rising comparative similarity. Osiris is murdered, cut up, his body parts scattered, only to be restored; Osiris then descends to the dead to take his place as “lord of the underworld.” Osiris’s murder and dismemberment is from the jealously of his brother, Typhon, who gives the dismembered body parts to his followers so they can be blamed and face the wrath of the gods. Isis and Horus, hearing the news, take revenge and kill Typhon (Typhon’s plan backfires). Isis goes out and recovers the dismembered body parts herself, buries them, from which they reassemble and Osiris—lacking his phallus—takes his place in the underworld as all do; there is nothing unique about his going to the underworld after being buried. Even a cursory knowledge of the actualities of the Osiris story reveals disturbing dissimilarities in the “dying-rising” narrative: Jesus was not murdered by a jealous brother-deity; his body was not dismembered and spread to implicate others the crime; and multiple deities did not take revenge on his behalf for the killing. Lastly, Osiris’s death meant nothing within a sacrificial cultic system; Jesus’s death, from his followers’ perspective, did.

Additionally, Jesus, in Paul’s writings, is a figure situated in history. That he is not is just a talking point by Carrier and other mythicists with no support in the larger scholarly community they employ to ignore actual academic scholarship as its inconvenient to their beliefs. The gospels are not “mythological” in nature but biographical and, therefore, belonging to a genre of historical hagiography not dissimilar to contemporary hagiographic biographical histories. We do not consider such historical biographies “mythological,” then or now (though we are meant to be aware of the writers’ intention). Mark’s source material is widely accepted as having come from many witnesses of Jesus’s life and ministry; then there is the Q-source in modern New Testament studies which is hardly, as some commentator quoted from watching some debate, “a contested source.” Likewise, the gospels attributed to Matthew and Luke are widely accepted as having come from independent witness sources (called the L- and M-sources and are hardly “contested” in historical-critical scholarship). Millions of pages of scholarship have been spilled on these topics, hundreds of doctorates granted (but this is of little interest to mythicists who just dismiss the scholarship as it doesn’t fit their presuppositional ideology). Even the conclusion of the gospel belonging to the Johannine community, attributed to Saint John, mentions that many other stories are not contained in the writing but exist from the many who knew Jesus of Nazareth.

The impetus of the gospel writers was to preserve the first-hand accounts of the generation that lived and knew Jesus who were growing old and dying; soon, there would be no more witnesses to listen to, so the gospels were written. They were not “embellishments” as mythicists claim, for the New Testament authors were not writing “sacred scripture” as we conceive of it today—only long after their writings were written and proliferated, and long after they died, did their writings become canonized by the early church.

Furthermore, on a side note pertinent to those of us deeply engaged in the classics, Alba Longa was not an “obscure” city as passively claimed (apparently by Carrier in a podcast). It was the principal city of the Latin League prior to the rise of Rome (and according to the Roman histories, whatever merit one gives them, the first city supposedly settled by the Trojan refugees). That Romulus and Remus are attributed to being born there was a Roman way of giving Alba Longa and the conquered Latin tribes and cities a place in the Roman political story of expansion and inclusion (not to mention inclusion of those prominent republican families who were originally from the city and rose to Roman political prominence). The memory of Alba Longa’s ancient relevance and importance was why many Roman heroes had their lineages come from a very well-known and formerly populated city. It was hardly “obscure” as if an irrelevant backwater town. It was once a flourishing and powerful city leveled by the Romans after decades of war and archeological discoveries show Alba Longa was once a great city before its destruction.

As a former graduate student in religious studies and writer of the classics, it is deeply regrettable that the scholarship of the academy does not reach further and that century-old myths no longer of any substantial prominence in academic study still hold public sway. That is both an indictment of the academy, as well as of popular writers and social media influencers whose prominence is due to polemics and creative editing, not to mention very shallow selective reading, rather than studious scholarly substance. While I have written on the universal appeal of mytho-religious archetypes in narratives in The College Lecture Today and why I consider them important, even essential, in religious studies education, serious scholars on this issue are always careful to note the difference between archetypal universals to historical particularity.

If Jesus mythicism goes mainstream, it is not because Jesus was not a real historical figure, or that the historical source material is weak (non-Christian historians like Josephus and Tacitus and Pliny all make reference to Jesus), or that the mythicist “scholarship” is persuasive, it will be because ignorance of scholarship and misinformation about scholarship is so widespread and is spread through the Internet creating large-scale public misperception, which is advanced through the instinct for confirmation bias now readily available at the click of a fingertip. Listening to a couple of YouTube talks and podcasts does not make one a scholar or expert, and it is no replacement for years of formal study and tens of thousands of pages read (hundreds of thousands, even, at the doctorate level) on serious scholarship—not to mention training in ancient languages and familiarity (and sometimes direct experience) with archeological material. If misperception and misinformation is a problem, we all have a role to play in redressing these issues. Spreading them, under the guise of critical inquiry, is not one of them.

Paul Krause is the editor at VoegelinView. He is the author of The Odyssey of Love and contributed to The College Lecture Today and the forthcoming book Diseases, Disasters, and Political Theory. He can be found on Twitter @Paul_jKrause