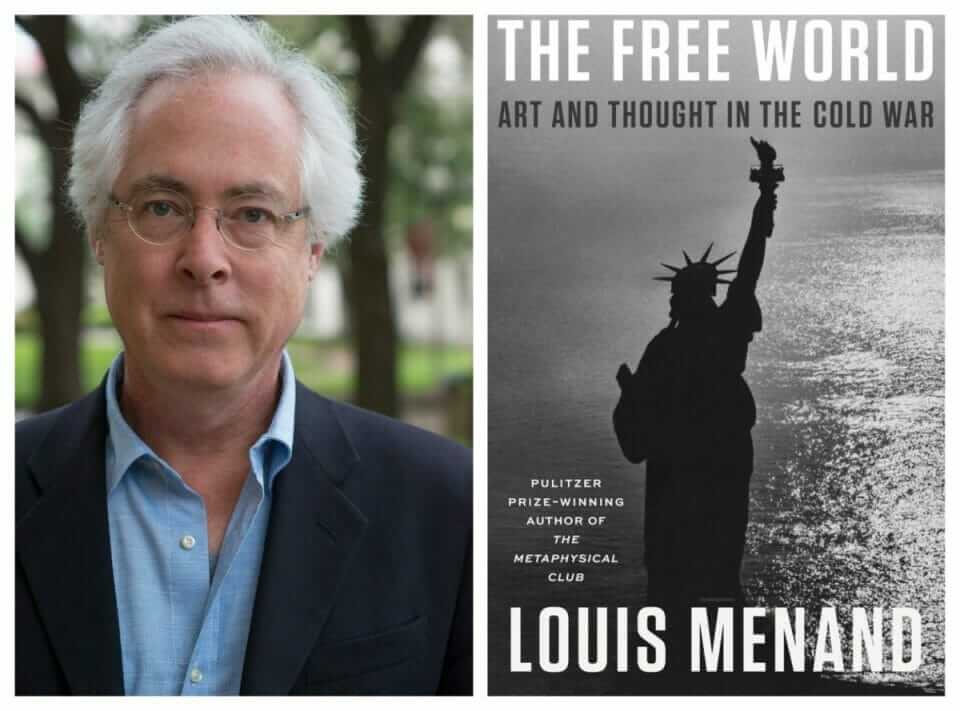 “In many ways, the book also reads as a eulogy to a liberal, liberalizing, and internationalist America.”

“Cultures get transformed not deliberately or programmatically but by the unpredictable effects of social, political, and technological change, and by random acts of pollination.” So writes Louis Menand in his new book about culture (principally art, criticism, and political thought) during the Cold War. In detailing a transformation in Western attitudes on art, film, and literature during the tumultuous decades of the Cold War, Menand cements himself as a great storyteller about a time when stories were all the rage.

The term “Free World” is an important and ubiquitous one. Over the past few years, the term has been weaponized for domestic politics. It was not the first time “The Free World” has been wielded for political purposes. Going back to the Cold War era, Western states self-identified as free, liberal, and democratic in contrast to Soviet despotism, authoritarianism, and totalitarianism. But what was the real spirit of “The Free World”? Louis Menand argues art, thought, and writing is what truly distinguished “The Free World” from the Soviet bloc. In the former, despite protest and opposition, “the free play of the mind” rushed free with renewed life and energy which contributed to that transformation of Western culture.

The Free World: Art and Thought in the Cold War is a book written by a liberal for liberals. In many ways, the book also reads as a eulogy to a liberal, liberalizing, and internationalist America. “This book is about a time when the United States was actively engaged with the rest of the world,” the opening sentence reads. It is hard not to read the book’s opening as an implicit condemnation of the Trump Administration’s supposed insular turn after the 2016 election.

1945-1975 is the era in which Menand concentrates his story, stopping well short of 1989 and the fall of the Berlin Wall. From George Kennan’s “X Article” in the aftermath of the Second World War, establishing the Cold War political paradigm and President Harry Truman’s denunciation of Stalinism and the Soviet Union, to the Fall of Saigon in April of 1975, Menand provides a concise overview of the highlights of the social, political, technological, and random acts of societal change that augmented American (and European) attitudes and sensibilities toward art, cinema, literature, and politics.

Menand’s history may not be new to specialists in the fields of art, film, literature, or political philosophy, but his history is a great tour through some major figures who dominate this energetic period of explosive intellectual change, especially for the lay reader for whom the book is intended. From George Orwell to Northrop Frye, from the Beatles to Andy Warhol, from Jean-Paul Sartre to Susan Sontag, and Lionel Trilling to James Baldwin, Menand brings the best single volume reflection on the importance and development of the politics of containment and civil rights, the New Criticism and drip painting, celebrity intellectuals and cinematic avant-garde to life. It is perhaps best for readers who may otherwise not be intimate scholars of any of the above but who know that these names and movements were important and remain important to cultural life. Yet the names and movements covered have something in common: liberalism.

Menand’s book, if it is to be criticized for anything, is the lack of coverage given to art and thought that existed outside the liberal cathedral.

Liberalism is certainly facing hard times right now. And the media goes into overdrive, bordering on hysteria, about the dangers that liberalism faces—often from domestic forces with the occasional complaint about Russia or China thrown in every now and again. Menand’s book, if it is to be criticized for anything, is the lack of coverage given to art and thought that existed outside the liberal cathedral.

For instance, in politics, we get a great concise treatment of Orwell and Isaiah Berlin but no mention of Michael Oakeshott. James Burnham, when he appears, presents as the less humane and certainly less commendable figure in relation to Orwell. In fact, when conservative figures appear at all, it is usually in contrast to their liberal brethren whom Menand clearly loves. Whittaker Chambers is mentioned only in passing reference to his relationship with Lionel Trilling; T.S. Eliot in relation to the New Criticism, which serves more as a bridge to the deconstructionism of Jacques Derrida; Russell Kirk is entirely absent in political thought and literature; William F. Buckley is mentioned only as a foil to James Baldwin.

Thus appears the singular problem of Menand’s book. For a history of the art and thought that proliferated in the Cold War, from politics to literature to painting, the history is really a history of the supposedly humanist heroes—which is to say the liberal heroes—and not those rascally conservatives and reactionaries irrespective of their contributions. When those men are discussed, the language is quite explicit and reveals Menand’s sentiments: “In 1932, [T.S.] Eliot made his first visit to the United States since 1915…He then proceeded to give a description of the ideal society that made the nature of his sympathies clear. Its population, he said, ‘should be homogenous.’”

While Menand might claim that he is stating facts and citing direct quotations, historians and writers, in inserting anything, are deliberately doing so in a manner that also makes the historian’s or writer’s “sympathies” “clear” too. Rinse and repeat for James Burnham, William F. Buckley Jr., and the Southern Agrarians who pop in and out of the story as side foils to the main characters on whom Menand focuses. While we do learn things about their thought, the language implies we should keep them at arm’s distance compared to the more admirable and likable figures they are loosely compared with. (For instance, Menand strongly implies Derrida is a greater custodian of the Western tradition than T.S. Eliot.)

Despite this shortcoming, Menand’s book—like his Pulitzer Prize-winning The Metaphysical Club—is still a delightful and wonderful read. Menand is a great storyteller, condensing, often in under 50 pages, brief biographical sketches of intellectual ideas and their primary leaders in exciting and thrilling ways. New stories emerge. Funny anecdotes. Insightful revelations. All permeate the pages of The Free World in an enjoyable roller coaster ride from the defeat of the Nazis and Japan to when Vietcong tanks rolled into the streets of Saigon.

Any educated reader and citizen should read Menand’s work. Particularly exceptional are the chapters where James Baldwin appears. Menand’s appraisal of Baldwin’s breakup and subsequent reunion with the United States sheds great insights, as well as offering a roadmap for America’s current cultural and political malaise. “In the end,” Menand writes of Baldwin’s decision to return to the United States, “Baldwin agreed with [Richard] Wright: the values that nonwhite people needed were right there in front of them. They were the values of Western civilization. All the nonwhite world had to do was own them.”

Here, Menand may take flak from anti-Western leftists who decry the history of Western Civilization as nothing but racism, racism, and more racism (mixed with toxic masculinity and patriarchy too). Menand’s West—and the West that inspired Baldwin and other civil rights leaders and writers— was the promise of freedom and the rule of law. And perhaps that is the West that Menand wants liberals, who are undeniably his target audience, to love and own once again rather than permanently exile themselves from. In addition to the chapters where James Baldwin appears, the chapters on Lionel Trilling and cinema are equally exceptional.

I would go so far as to argue that Baldwin and Trilling’s inclusion as anti-Stalinist liberals who staunchly supported (or came to support) Western democracies rather than become fellow travelers for Moscow reveals Menand’s own heart on the subject. For when the book ends, it concludes on a note of simultaneous tragedy and hope. “Between 1975 and 1995, 839,228 Vietnamese fled the country, many on boats launched into the South China Sea. Two hundred thousand of them are estimated to have died there. Those people may or may not have known the meaning of the word ‘freedom,’ but they knew the meaning of oppression.” Many people today, like those Vietnamese refugees of yesteryear, also know that the countries they desire to escape to and find a new life in are not as oppressive as contemporary left-wing critics claim and peddle.

For all the ills and shortcomings of the West, especially the United States (which naturally looms large in this book), it was the West where the new freedom of art, thought, and politics flourished. The Free World, by Louis Menand, captures some of that energy, excitement, and struggle that made the Cold War an era of intense change contrary to our own romanticization of it as a time of bipartisanship and tranquility. And in a battle for the hearts and minds of the 21st century world, we should hope that a future Menand with his same gifts for graceful writing will publish a book dealing with the art and thought of the Second Cold War filled with luminous and lively characters who can rival Susan Sontag, James Baldwin, and George Orwell in intellect, talent, and wit.