Is Inflation Finally Going to Be a Problem? 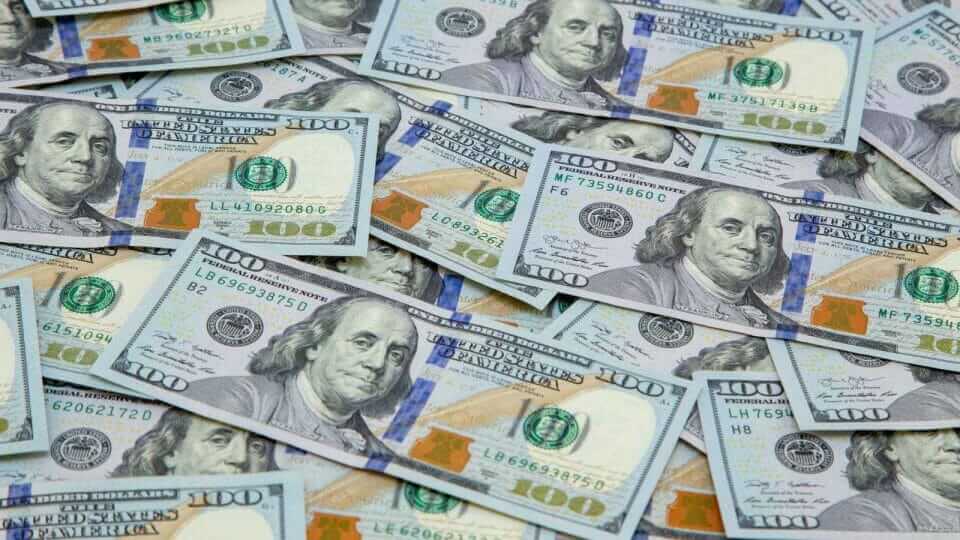 “Finally, the mere expectation of inflation can actually bring it to pass.”

Editor’s note: This piece can be read as a companion to the author’s April 5th column “Is the National Debt Finally Going to Be a Problem?”

During their latest trips to the grocery store, gas station, or home improvement store, Americans have noticed that they are paying more than they were not long ago. It is not just their imagination, nor is it unique to food, gas, and building materials: Prices are rising across the board. The Consumer Price Index, a metric that tracks the prices of everyday goods (and through which inflation is commonly measured), showed a 2.6% increase during the 12 month period ending March, 2021.

Like the national debt, inflation is a perennial economic preoccupation that is having something of a moment in public discourse. Concerns have sprung up largely because people are starting to wonder if the federal government is going too far with its monetary response to the Coronavirus (COVID-19) pandemic. This view finds ready confirmation in anecdotal and official accounts of rising prices, including so-called “asset-price inflation,” which some argue official inflation statistics fail to take into account.

As far as I can tell, the first “insider” to give credence to the idea that we may be in danger of engendering harmful inflation was economist and former United States Secretary of the Treasury Larry Summers, who penned an op-ed to that effect in The Washington Post in early February. Since then, there have been a flurry of pieces published, some in agreement with Summers and others seeking to assure the public that he and other inflation predictors are crying wolf.

It is not just economists, financiers, and policy wonks who are talking. A recent survey by Civic Science found more than three-quarters of Americans are concerned about inflation to some extent. Similarly, a survey by the Federal Reserve Bank of New York last month found that consumer expectations of inflation are increasing, to 3.2% over the next year and 3.1% over the next three years.

The coalitions of this debate are interesting because they mirror the fault lines that have formed during the recent political alignment. The “not worried” camp boasts most of the mainstream authorities on the subject, with the White House, Chair of the Federal Reserve, and CEOs of large financial companies having all stated their lack of serious concern. They are also confident in policymakers’ ability to respond if necessary. There is also a left-wing contingent of this group that is actively pro-inflation (to a point) because it believes inflation’s positive impacts on wages and employment would outweigh its negative effects on purchasing power.

Laypeople and individual investors, especially those with heterodox views on economics and finance, form part of the “worried about inflation” faction. Google Trends data shows “inflation” searches recently hit a high since 2004, when data collection began. All the while, a news article on bitcoin.com provocatively notes that “prices for goods and services have been rising and officials cannot hide the inflation for much longer.”

The other part of team “worried” is old-school, monetarist conservatives, whose economic worldview has fallen out of style, in part because they have loudly and incorrectly prophesied the return of hyperinflation since the Fed began quantitative easing in response to the Great Recession. Current consensus is that this “fear-mongering” impeded the nation’s recovery then; consequently, basically everyone with reputational skin in the game prefaces concerns about inflation by allowing that the danger of doing too little is greater than that of doing too much.

The Arguments for Inflation

But even someone skeptical of the people sounding the alarm (and I am not entirely) will have to admit there are a lot of not-crazy reasons to be worried about inflation. For one, there has been a massive surge in the money supply over the last year as a consequence of aggressive federal stimulus: Roughly a quarter of all dollars were printed in the past year.

The monetarist recipe for inflation is “more money chasing the same amount of goods,” so, from that perspective, it is hard to see how this would not lead to hyperinflation. The reason it has not yet could be because people have so far chosen—or been forced—to save their extra money. However, with the economy “reopening” imminently, that is about to change.

For another, the economy does not appear to be in that bad of shape, thanks in part to the December stimulus, which shrunk the 2021 output gap—that is, the difference between the estimated potential output of the economy and real gross domestic product—to $20 billion per month. As Summers wrote in his op-ed, President Joe Biden’s $1.9 trillion COVID-19 relief plan would be roughly three times the current projected economic shortfall, whereas the stimulus following the Great Recession was about half of it. Unemployment appears to be falling, and prices are rising. Therefore, throwing more fuel on the fire at this point could cause the economy to overheat, resulting in inflation.

Meanwhile, prices of what we might politely call speculative assets—like “meme stocks,” Dogecoin, non-fungible tokens of Internet ephemera, and NBA Top Shot “moments”—are skyrocketing. The price of Bitcoin has increased nearly sevenfold in the past year. It does not take a lot of imagination to cast this as an effect of overly loose monetary policy.

Additionally, there are signs that at least one other country is looking to wind things down just as we are talking about printing trillions more dollars. The Bank of Canada, in response to inflation, has begun paring back its bond-buying and moved up its expected date of raising interest rates.

Finally, the mere expectation of inflation can actually bring it to pass. When consumers expect that their dollars will be worth less tomorrow, regardless of whether or not it is empirically likely that they will, they front-load purchases, raising prices and fulfilling their own prophecy. When Fed Chair Jerome Powell exudes confidence about the Fed’s ability to quash any runaway inflation, he is—in part—trying to head this off.

But most of this argument does not hold up too well to scrutiny. Yes, prices are rising, but that is partially an artifact of the price shock caused by the onset of the pandemic—and there is a big difference between 2% inflation over a year and that which America experienced in the 1970s.

Yes, the increase in the money supply is insane, but the connection between the money supply and inflation is not as strong as people assume. The “unemployment rate,” a notoriously fraught statistic, is falling, but that is merely a subset of the people who are not in the labor force: The employment to population ratio has not nearly recovered to pre-pandemic levels.

As for the rise of meme stocks and other speculative stores of value, while I certainly find it foreboding, I think the question of whether or not there are bubbles in financial markets is distinct from whether or not we are going to see an out-of-control increase in prices across the board. To borrow a phrase from Matt Yglesias’s recent piece on asset price inflation, “weird s— happens in good times.”

But We Do Need to Be Careful

Having said that, there is a lot of uncertainty that needs to be acknowledged. The Fed is in some sense in uncharted waters, having recently adopted “average inflation targeting”; in other words, the Fed will now aim to achieve a rate of 2% inflation over time instead of at a point in time. This means it will allow the economy to run hotter than it previously would have to make up for periods of low inflation.

How hot is too hot? Good question. As The Economist noted recently, waiting to achieve undefined employment and inflation goals before raising rates is “like a driver waiting to hit the brakes until the car has arrived, regardless of its stopping distance.”

Then, there is the bigger question about what rising inflation will mean for the national debt and the new school of monetary policy. As I have written before, low inflation undergirds the loose monetary policy that has become characteristic of late. It is the reason governments can allow debt and deficits to balloon. Accordingly, there are many political pressures to keep interest rates low. When inflation returns, what then?.