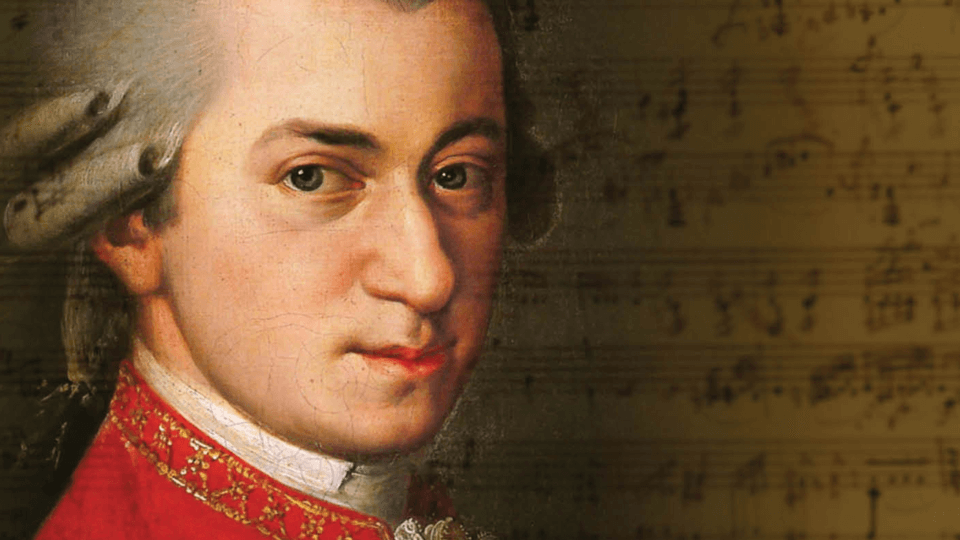 “The problem is that this story of Mozart that we think we know is not true at all; thankfully, Jan Swafford is here to correct the problem.”

Wolfgang Amadeus Mozart, who lived from 1756 to 1791, is the most famous composer in history and, by most accounts, the greatest composer who ever lived. Even people without much love for music and fine arts know his name and are familiar with his story. It goes something like this: Mozart was a miraculous gift to music, an immortal genius far ahead of his time; he was also a womanizer, notorious, and lived a troubled life. This story of Mozart seeped into our culture from two wells: the romantic deification of Mozart in the 19th century which hailed the composer as a prophetic flash of lightning for the romantic movement and from the 1984 film Amadeus. The problem is that this story of Mozart that we think we know is not true at all; thankfully, Jan Swafford is here to correct the problem.

Mozart: The Reign of Love is more than just a biography of the world’s greatest composer. It is an intimate dive into the Mozart family: Papa Leopold Mozart (1719-1787), Mama Anna Maria (1720-1778), sister Nannerl (1751-1829), and Mozart himself. It is also a kaleidoscope through the turbulence and optimism of late Enlightenment Europe, Europe moved by the Aufklärung, the Enlightenment, and progressive reformism headed by absolutist despots. While Swafford is fond of the myth of the Enlightenment, from his pages we might better understand the mid and late 18th century as the Age of Music instead of the Age of Reason.

Leopold Mozart, the paterfamilias, was a cutthroat opportunist. He knew his children, especially Mozart, were talented in music. As the music master of Salzburg, Leopold ambitiously marketed his children across Europe in their youth: “Part of Leopold’s intention in taking his children around Europe was to expose them, especially Wolfgang as composer, to influences around the map: the celebrated composers and performers, the characters of various national schools, the variations in musical life from music center to center, the different media and genres of music from solo clavier to opera.” So begins the bildungsroman of Mozart.

Divided into three parts, Swafford’s biography and history expose us to the different epochs of Mozart’s life: his youth touring Europe under the affectionate but shrewd careerism of his father, his maturation into adolescence wrought with all the setbacks and triumphs of a young man discovering love and the world apart from his father’s shadow, and his stardom and death. Swafford’s biography shines on this account. If there is a Mozart we all have some familiarity with, it is the late Mozart on the eve of his death. Yet there is much more to Mozart than his mostly falsely imagined rivalry with Salieri and tragic death in Vienna at the age of 35.

Mozart’s youth was dominated by his father, Leopold, who took the young “miracle” of God—along with his sister Nannerl—on a showcase tour through Europe. As Swafford explains, though Leopold was an orthodox Catholic, he also exhibited the entrepreneurial “God helps those who help themselves” attitude. Traveling from major cities to major capitals, Mozart’s youthful years were spent traversing the lands and seas of Europe and forming important relationships with other musicians and Europe’s aristocracy. While already lauded by the musical press, Mozart’s travels were not always successful. But there are undoubtedly sweet and hilarious moments as Swafford brings Mozart to life—like the young prodigy kicking away a seat in order to stand on the pedals and play the organ, much to the delight and astonishment of the audience.

Mozart’s adolescent years were formed by his father’s organizing tours and escapades across Europe. The most important was a return trip to Paris where his mother died and his own dallying and failed networking attempts brought Mozart home without any of the coveted connections or job offers that Leopold had sought for his son. Nevertheless, it was during Mozart’s early twenties that saw the maturation of prodigy into creative life and genius. His compositions took on a distinct flavor and style, and he incorporated the new theories of harmonious science and logic from the Enlightenment into his musical aesthetic, while also breaking with the conventions of traditional opera and bringing it into a new style and force.

Swafford’s biography of Mozart, as mentioned, shines in adding a spice to our portrait of Mozart’s youth and middle years, but it really comes into its own in detailing Mozart’s meteoric rise in Vienna and in the court of Joseph II of Austria. For it is of adult Mozart that we have most of our misperceptions and wild fancies. It is therefore appropriate that Swafford’s coverage of adult Mozart in the circles of Vienna and the shadow of Joseph’s reforms is the largest part of this ambitious biography.

It is the Vienna years that Swafford also restores to proper balance. Was Mozart an immoral profligate as imagined and romanticized? The evidence is scant at best. On the contrary, Mozart was likely a very moral and sexually reserved man, owing in part—as Swafford explains—to Mozart’s horror of witnessing composer Josef Mysliveček’s deformation by venereal disease. He loved Constanze Mozart with all his heart and soul (after being rebuffed by the beautiful soprano Aloysia Weber which caused Mozart to cry an ocean of tears) as his own letters testify.

Moreover, it was during his Vienna career that Mozart pioneered Mozartian opera and music into its polished form. During this time, Mozart broke with Christoph Willibald Gluck, who argued that the text and drama of opera stood over the music, that the music was the functional enhancement of the poetry, an “expression” of the “situation.” Mozart brought opera into its modern form: “The music reigns supreme…where words are written expressly for the music.” This is the Mozart of the romanticist imagination, even though Mozart was hardly the romantic later generations made him out to be. With that said, the “music reigns supreme” was undoubtedly carried forward by romantic composers and reached its apogee in Richard Wagner.

Furthermore, it was Mozart’s Vienna career, beginning with his reimagining of Idomeneo, where love became the guiding force of Mozart’s musical vision. Rather than the triumph of tragedy and sorrow, love wins and moves both heaven and earth. As Swafford explains the importance of the paradigm shift in Idomeneo on Mozart’s maturation and opera more generally: “Here for the first time in Mozart’s operas arrives the theme that will mark him as a dramatist and also as a man: the triumph of love.” As Swafford later explains, “Love was Mozart’s faith.” Thus, it is after Mozart’s composition of Idomeneo that we receive his infamous The Abduction from the Seraglio, The Marriage of Figaro (which Mozart reimagined and made his own and immortal), and Don Giovanni, where evil and oppression are overcome. In the process, love in marriage reigns supreme and sings for all the world to hear with the music as the driving ethos. And, as always, Mozart’s Requiem embodies the very operatic spirit conceived of by Mozart: The music tells the story, and the story is undeniably enchanting, intoxicating, even sublime.

Swafford’s biography is a panoramic overview through the late 18th century world in which Mozart was born, traversed, and lived. It has a touch of comedy, tragedy, and romance; it also has a touch of history and asides on other prominent figures who surrounded Mozart’s life that offer the reader a perspective on the eve of the event Edmund Burke called “the most astonishing that has hitherto happened in the world.” At the same time, Swafford—himself a composer—does an admirable job of making Mozart’s music come to life with his explanations of the evolution and meaning of the Meister’s music. Additionally, with Mozart’s major operas, Swafford provides concise summaries of the operatic movements that captured the imagination and praise of Mozart’s contemporaries. In doing so, he brings us into the audience as if both part of Mozart’s mind when composing and part of Mozart’s crowd when listening to his music.

Mozart: The Reign of Love, is now the best single-volume English biography of the greatest composer and musician who ever lived. And since, as Swafford says, “the triumph of love” was Mozart’s guiding spirit, we would do well to listen to Mozart and be captivated by that same spirit of love. Mozart’s cultural legacy and endurance are found in the fact that no culture can spring from hatred and destruction but only from love, and, as Swafford goes to great lengths to show, “love was Mozart’s faith.” The love that guided Mozart’s genius is what we find so alluring after all these years, and that love that governed Mozart’s soul also calls us back to taste the sweet nectar of his spirit.

Paul Krause is a humanities teacher, classicist, and literary essayist. He contributed to the book The College Lecture Today (Lexington Press, 2019), is an Associate Editor at VoegelinView, and is host of the podcast Literary Tales.