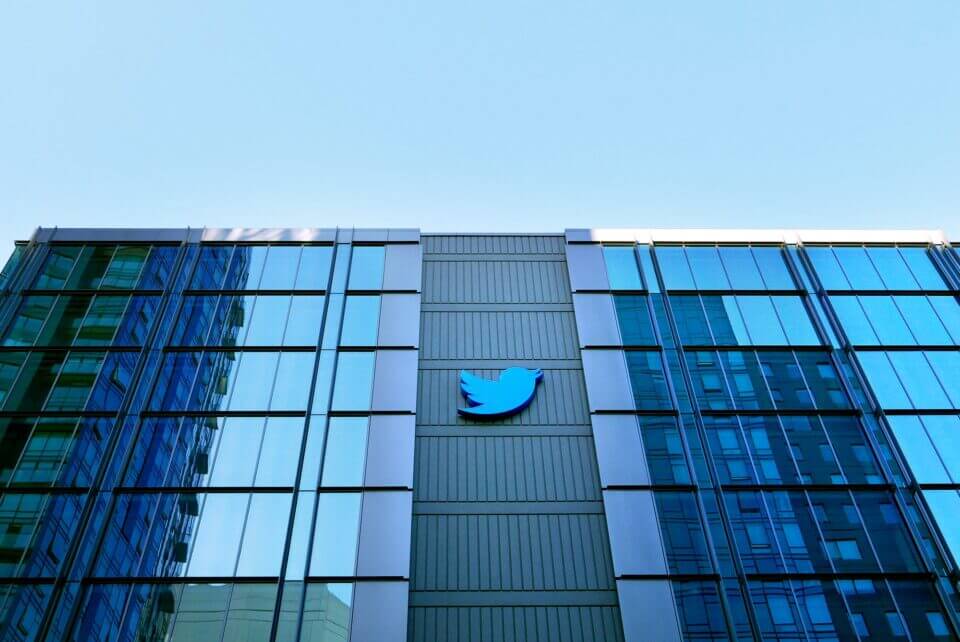 “Thus, corporate policy at Google, Apple, Amazon, et al. becomes a second set of laws by which Americans must live.”

On January 6th, a group of rioters battled police and broke into the United States Capitol while members of Congress were certifying the results of the 2020 presidential election. Their motivation was to protest or forestall the end of the Trump presidency. There has, understandably, been much talk about the significance of the riot (which some style an “insurrection”). However, what has followed offers, in my opinion, an even keener sign of the times.

In the aftermath of the riot, a stunning number of private companies moved to ban, block, or suppress the now-former President and his followers from their services. The sheer number of companies and the near-synchronicity with which they acted is jarring and worth summarizing. Here is a brief, incomplete overview: On January 6th, Twitter  temporarily suspended President Donald Trump’s  personal account and removed tweets made by President Trump from the official Presidential account, @POTUS; that suspension was  made permanent two days later. Facebook and Snapchat suspended President Trump’s accounts the same day. (Both bans were later made permanent.) On January 7th, YouTube, Twitch, TikTok (sweet irony!), and Shopify followed suit.

President Trump’s supporters were not spared defenestration either. Reddit and Discord respectively banned the forums r/DonaldTrump and TheDonald.win from their sites. Pinterest has limited hashtags associated with President Trump (though to be clear, the company had been doing this since November). The social media platform Parler—which bills itself as “unbiased social media” and is favored by some supporters of President Trump—was kicked off Google Play, Apple’s App Store, and Amazon AWS between January 8th and 9th, meaning the platform has effectively been shut down. (As of January 21st, a federal judge in the state of Washington has declined to require Amazon to reinstate Parler.)

The isolated decision of a given company to block, mute, or otherwise suppress the speech of a politician or his followers is not inherently cause for raised eyebrows. That so many acted in lockstep is more concerning. However, what really caught my attention was that these companies are claiming—seriously, I believe—that they are acting in the interest of public safety and democracy and not out of self-interest.

In other words, they are governing, making de facto public policy—and being cheered for it by many. We are bearing witness to the emergence of a para-government, privately held and, as such, in theory immune to democratic pressure. (In fact, though, the weaponization of this infrastructure demonstrates that it is accountable to a specific subset of the population. More on that later.)

I call this new leviathan “the Synthetic State.”

A Brief Taxonomy of the Synthetic State

The Synthetic State is a decentralized web of private companies that forms a watered-down, American equivalent of the Chinese Social Credit System. Its most obvious members are social media companies and other platform-based businesses. It enforces orthodoxies, provides surveillance of the masses, and manages information flow and narrative. When necessary, it gets its hands dirty.

The Synthetic State is not a rival to what we might call the “formal” government. On the contrary, it is a great asset thereto. While a liberal government such as ours cannot outright criminalize dissent and forcibly establish its own positions as orthodoxy (without betraying its ethos and violating its mandate), the Synthetic State and its organs are free to take any action they desire on their own turf, including explicitly designating and penalizing “disinformation.” The conceits are that the purview of this second government is expansive, enveloping much of daily life, and the second government has the same priorities, loyalties, and worldview as the first.

Because many of the companies that comprise the Synthetic State are powered by network effects, there is an element of captivity at play: The existence of Facebook makes the next Facebook harder—not easier—to create. A sufficiently sized network is resistant to competition and holds power over its users, as well as the users of downstream products and services. And as the case of Parler nicely illustrates, even if you were to “build your own platform,” you would still be subject to the powers that control the channels of distribution—to which establishing competition is hardly a realistic task. Thus, corporate policy at Google, Apple, Amazon, et al. becomes a second set of laws by which Americans must live.

Taking this idea seriously means that we need to make some modifications to the way we think about the roles of public and private actors. The first thing we must grapple with is the waning distinction between the two.

We tend to imagine that government and private industry are separated by a firewall of sorts, that the former is exclusively the purview of legislators, who are themselves only accountable to the people.

However, either way, one will admit that this is an example of managed discourse, the imposition of an official narrative.

This is the official narrative, and it is a nice theory. But reality is much more ambiguous. Private actors have immense political influence, though it is not always easy to spot. The press, for example, is dubbed the fourth estate—a reference to its informal-yet-important position within the political ecosystem—for its ability implicitly to frame and advocate for political issues. Through sheer mimetic insistence, the press can convince a nation to go to war or, you know, that it is witnessing a fascist coup attempt. To quote the pseudonymous blogger The Last Psychiatrist, “All media is state run media, especially when it’s not.”

Platform-based media aggregators take this beyond the realm of the implicit. Take the illustrative cases of Twitter and Facebook. In recent memory, both have taken it upon themselves to suppress information potentially relevant to the presidential election, append disclaimers to President Trump’s statements before and after the election, and manage the flow of information with regard to the unfolding pandemic—all in the name of protecting the public and “democracy.”

Someone who likes these actions and trusts the people and social forces informing them might call this a public service. Anyone more skeptical might say they are examples of censorship and thought-policing. However, either way, one will admit that this is an example of managed discourse, the imposition of an official narrative.

The second idea we must modify concerns the motivations of private companies. It is often said that corporations are paperclip maximizers, monomaniacally focused on profit and incapable of higher ambition. For the most part, this is a useful heuristic for understanding the political motivations of large companies. When AXE body spray tweets about its belief in “the democratic process,” we can safely regard this as opportunistic marketing, given that the brand’s owner, Unilever, has no qualms about doing business in the monarchical Saudi Arabia.

However, our heuristic falls short when we attempt to apply it to the recent actions of companies like Twitter, which lost $5 billion in market valuation following its decision to ouster President Trump. Airbnb did not reap any financial rewards from canceling and blocking reservations in Washington, D.C. during the week of President Joe Biden’s inauguration. Nor is Facebook monetarily benefiting from strangling its  most engaging content.

When these companies say they are acting out of a commitment to the present regime—saving democracy!—we should take them seriously (though not literally).

Meet the New Boss, Same as the Old Boss

At this point, it would be a good idea to ask why all this is happening. Is Jack Dorsey of Twitter a veritable social justice warrior? No, I do not think there is any reason to believe that. I do not believe any of our “Silicon Valley overlords” are particularly eager to insert themselves into a contentious national political battle. Their reluctance to act up until this point despite considerable pressure demonstrates as much. Yet Dorsey is doing so, and he is not alone. At whose behest?

The short-but-incomplete answer is apparent in the case of Twitter: The company caved under  pressure from its employees, hundreds of which signed an  internal petition (later leaked to The Washington Post) demanding President Trump’s banishment from the site. This is  not the first time executives and employees at technology companies have publicly clashed over the “censorship question.” A similar scenario played out at YouTube, where the newly formed Alphabet Workers Union flexed its political muscle to demand the same.

The Synthetic State transmutes the “soft” cultural power of the managerial elite into a lesser version of the “hard” power wielded by the government.

The more complicated and admittedly somewhat Marxist answer is that these employees are representatives of our society’s “managerial elite.” The engineers at YouTube, Facebook, and Twitter share cultural and class interests with their peers—college-educated, white-collar professionals in government, the nonprofit sector, and others in the for-profit sector. This sect of society has some rather strong feelings about politics, race, sex, and other issues. This group has disproportionate economic, political, and cultural capital at its disposal, which is why seemingly powerful individuals like policymakers, celebrities, and Silicon Valley billionaires bend to its will.

The Synthetic State transmutes the “soft” cultural power of the managerial elite into a lesser version of the “hard” power wielded by the government. It provides an apparatus for the enforcement of elite managerial norms, relying on individuals as vectors of surveillance and policing. No, it cannot be used to literally deprive one of life or liberty, but it can certainly be used to ruin a person’s life.

I do not think there is a clear solution to be had here. As I have mentioned in related articles, I do not favor legal intervention; on the contrary, I worry about encouraging further cohesion between the private and public governing factions. A cultural solution is ideal but an impossible wish, given that the status quo reflects the preferences of our cultural gatekeepers. Dreams of successful politically motivated boycotts are equally fanciful.

The world is not going to migrate offline—likely the opposite, meaning the domain of the Synthetic State will grow. Without the need for concentrated opposition created by the nearly universal institutional antipathy for President Trump, we will probably not have such an explicit and visible example of its influence in the future, which makes it still less likely that anything will change.

Sadly, for now, the best course of action might be to make peace with the present state of affairs, modify behaviors where possible, and wait for an opportunity to emerge.