How to Honor the Legacy of Michael Brooks 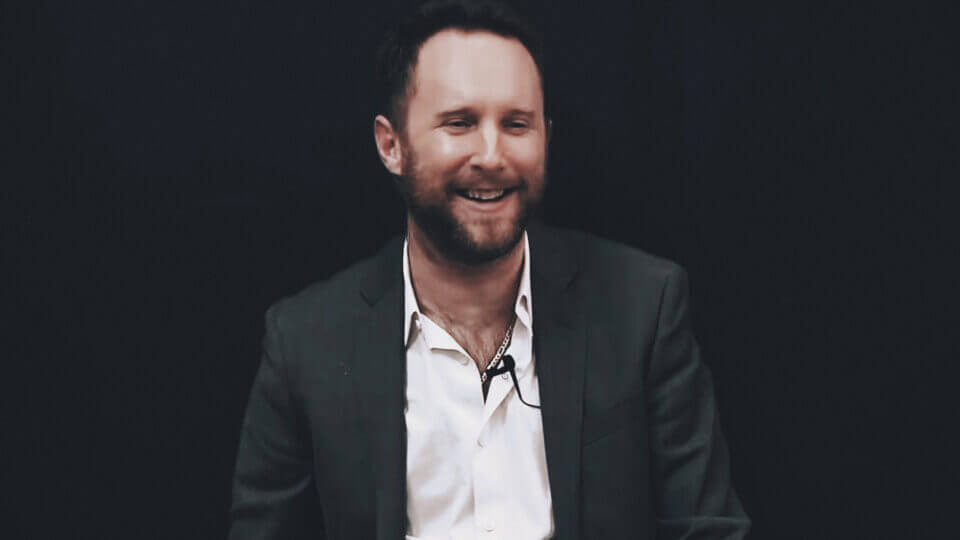 “When it comes to theorizing about cosmopolitan socialism, Michael, unfortunately, passed on before he could spell out the details. However, we can infer much from his criticisms of conservative histories.”

Last year, 2020, was a year defined by sadness, with seemingly the entire globe huddled in isolation to weather both the pandemic and widespread social unrest. So much went wrong that it is easy to forget the more conventional tragedies that give a degree of form and texture to ordinary human life. My friend and colleague Michael Brooks’ passing in July—at just 36—was a stinging reminder that life is rarely fair. Fortunately, his legacy has carried on, and there has been an extended series of tributes and examinations of his work, which ensure that his contributions will have a long shelf life. In this brief article, I will discuss some of Michael’s arguments for what he called “cosmopolitan socialism” and situate them in response to the conservative figures he sought to criticize. Because his own reflections on these matters were on the shorter side, I will be taking some license to expand the parameters of the discussion in a manner that I hope (and suspect) Michael would have favored. Ideally, this will help flesh out some of the tantalizing ideas Michael himself would have, undoubtedly, developed had his life not been so wrongly taken from him so early.

Michael discussed cosmopolitan socialism at the end of his first book Against The Web which, as the title suggests, is mainly a critique of the Intellectual Dark Web. His thoughts on this subject have been well-covered, so I will not rehash them here. What we have to ask is why Michael thought it was important to defend cosmopolitan socialism in a book that was, first and foremost, a critique of a small number of reactionary authors. Here, I think there are two points we can draw out.

First, Michael argued that the structure of reactionary discourse tends towards dehistoricizing and decontextualizing. On the surface, this might seem to be an odd claim given that many a conservative author from Burke onwards was keen to criticize precisely the “abstract” thinking of progressive authors, as well as the tendency to appeal to universal principles rather than the wisdom of received tradition. Indeed, Robert Bork once exclaimed that what distinguished liberals and progressives from conservatives was precisely the latter’s respect for “particularity.” What I think Michael was getting at, however, was precisely how the kind of historical outlook that these authors appeal to is always monological and settled. It is often framed as a kind of received wisdom that we are to accept because it comes from mysterious, transcendent sources—the nation, the biography of great men, God, the eternal “tradition”—which is best perceived and reflected only in the few. This naturally lends itself to an elitist veneer, which echoes the roots of conservative thought in aristocratic and monied responses to 18th century revolutionary movements.

By contrast, the kind of grounded material history that we all experience and practice—and which includes the entire human race and beyond—is rarely of interest to reactionaries since it does not lend itself as readily to justifying settled forms of order and authority. This is because of a democratic quality that makes everyone’s experience of equal significance. Consequently, this implies an egalitarian moral status. Perhaps this is why the authors Michael criticized—such as Ben Shapiro—often emphasize the movement of big ideas through history (not to mention the associated culture wars), while struggling to speak humanely about jobs, the challenges of paying for reasonable healthcare in an American context, and so on.

Second, the kind of reactionary histories Michael criticizes almost always seek to naturalize difference and, therefore, human hierarchy. Here, I will give an example that is not in Michael’s book, but I think is telling. In The Bell Curve, Charles Murray and Richard Herrnstein describe how the 20th century was defined by those with the highest IQs getting more and everyone else getting less. However, rather than questioning whether something arbitrary and conceptually problematic like IQ—if it even registers what they argue it does—should determine one’s placement in society, Murray and Herrnstein assert that this is simply the way it is. Furthermore, any effort to correct for it might be disastrous, and, besides, ancient wisdom going back at least to Aristotle suggests that the best will (and should) rise to the top.

One can see these kinds of parallels in many a conservative history, whether it is Thomas Carlyle’s claim that “the history of the world is but the biography of great men” or Ayn Rand’s assertion that all progress was driven by creators who were continuously held back by inferior “second handers.” At its most malicious, this can even take overtly racist forms, such as with the claim of aloof slavers that Africans were inherently inferior and deserved to be exploited by the “superior” race. Often, these naturalizations are exceptionally brash in their assertions of superiority but thin on the evidence. Indeed, they can often be purely mystical or pseudo-scientific, as with the Scholastic defenses of the feudal system being the product of God’s will or with Arthur de Gobineau’s defense of an aristocratic hierarchy of races with the “Aryan” on top. Most importantly, though, they fail to recognize how these seemingly natural hierarchies are, in fact, very much the product of contingent historical circumstances; the differences that result are either arbitrary or—more often than not—the product of oppression.

“Some leftists might resist the adoption of this kind of universal perspective—we, us, the human race—for at least two reasons. On one hand, Marxists might worry that it erases the distinction between different groups of humans with divergent economic interests. To my mind, though, this ignores the humanistic impulse that leads one to become a socialist in the first place. While it’s true that struggling for a democratized economy means struggling against the segment of the population that benefits from the current undemocratic order, it’s also true that, as Engels put it in The Anti-Dühring, ending the division of society into contending social classes creates the possibility for a really human morality, universal in character.”

— Michael Brooks, Against the Web

One of the great accomplishments of critical theory from Marx onwards has been to unmask these contingencies and, thus, to open us up to the possibility of a new and better world. Such a world was, of course, what Michael dreamed of. When it comes to theorizing about cosmopolitan socialism, Michael, unfortunately, passed on before he could spell out the details. However, we can infer much from his criticisms of conservative histories. A genuinely cosmopolitan socialism must be sensitive to material history. Michael, to this point, was interested in what each human being experienced and why. As he pointed out, this does not mean being insensitive to differences or pushing a similarly monological universalism that swallows up discordant voices. However, it does mean recognizing our shared humanity and the importance of each individual. Michael looked at the differences in the world not with an eye to defend hierarchy or privilege his own stance but, rather, as an opportunity to learn and develop as a human being by drawing—not uncritically or cheaply, of course—from the lessons and insights that people have earned through struggle against oppression. It was a life-loving philosophy, and while we may be sad that Michael’s own life was struck down too soon, we can honor him by fighting for his dream of a better world, where everyone has a shot at a dignified existence.

Matt McManus is a professor of politics at Whitman College and the author of The Rise of Post-Modern Conservatism, among other books. He can be found on Twitter @mattpolprof