Four Ways Freedom Has Been Understood 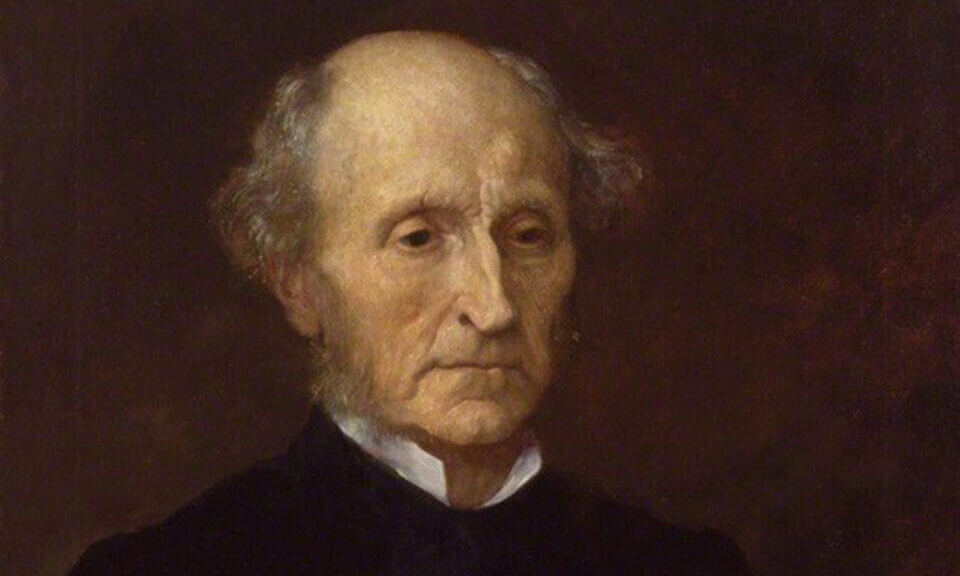 “In this brief article, my final for the year, I will discuss four different ways freedom has been conceived of in the European philosophical tradition.”

Freedom, it has been said, is not free. This is eminently true, as countless religious figures and philosophers have observed. Whether one agrees with the liberal contention that freedom is one of, if not the, foundational moral and political principle to which we should commit ourselves, there is no denying the allure and appeal of liberty as a mobilizing idea. Everyone from conservative traditionalists to radical Marxists swears by it. Benjamin Constant and Leo Strauss have defined epochs in Euro-American history by distinguishing between the liberties of the ancients and the liberties of the moderns. Yet what freedom is remains deeply unclear and is often subject to intense debate and even entrenched political antagonisms. For many conservative traditionalists, the permissiveness of the contemporary era cannot be understood as genuine freedom since it constitutes a debased kind of subordination to unvirtuous and even animalistic passions. Likewise, socialists have been saying since the 19th century that the kind of freedom offered by a stratified capitalist society amounts to equal liberty for the poor and rich to sleep under bridges should they choose not to work.

In this brief article, my final for the year, I will discuss four different ways freedom has been conceived of in the European philosophical tradition. It draws some inspiration from my recent book A Critical Legal Conception of Liberalism and Liberal Rights in that I think both conservative and liberal societies have fallen into the error of privileging some forms of freedom over others. A truly just society would seek to find the best balance between all four; of course, though, we must recognize that the crooked timber of humanity will never permit anything truly straight to be made.

Drawing on Isaiah Berlin’s seminal essay “Two Concepts of Liberty,” the first conception we can invoke is negative freedom. This is the conception most associated with the classical liberal tradition, ranging from Locke onwards. Negative freedom is—simply put—non-coercion by external actors. We are free to the extent that we are left alone and not compelled through force (or the threat of force) to undertake actions we did not choose. Perhaps the most famous espousal of this view was given by J.S. Mill in his essay On Liberty, where he poetically proclaimed that “over himself, over his own body and mind, the individual is sovereign.”

Superficially, this can seem the most straightforward conception of liberty. It lends itself to easy sloganeering, such as “Don’t tread on me.” However, it has proven just as difficult to understand the proper parameters of negative liberty as all the others. Consider bodily autonomy. For some people, control over one’s body is sacrosanct, meaning even if it turned out that a fetus had the same moral status as a human child, a pregnant woman might still be entitled to an abortion on demand because she has an absolute right to bodily autonomy. Judith Thomson made such an argument, but plenty of Christians (and others) would disagree. Alternatively, consider the use of alcohol and narcotics. For some strict negative libertarians, one has an absolute right to consume whatever one wants, whenever one wants it. With that said, almost all of us would resist such an expansive claim; for instance, very few would be comfortable with drivers drinking as much as they wanted on the road—or bus drivers coming to work high. Many of the intense arguments about negative liberty have a renewed vigor today, given extensive debates about the necessity of compulsory mask wearing or vaccination during the ongoing Coronavirus (COVID-19) pandemic.

Another very influential conception of freedom is the one that stresses substantive freedom. Unlike negative freedom, the substantive conception is less tied to a particular political ideology. Many have articulated visions of substantive freedom, from Christian communitarians to democratic socialists. But the basic claim is that freedom does not just lie in non-coercion by external actors. Instead, it lies in how capable we are, overall, of pursuing our goals. Tom Hanks’ character in the 2000 film Cast Away faced very few external restrictions on his negative freedom living alone on a tiny island. But because the number of possible actions he might pursue was so limited, he rightly claimed to be unable to do much of anything. Most anyone living in a more coercive but developed social setting would feel freer than he.

Substantive freedom becomes controversial because—while it is no less intuitive than negative freedom—it can easily become associated with robust political calls for individual and social empowerment. One of the most well-known examples, resurrected by Senator Bernie Sanders during his latest presidential run, is that unless individuals have access to a broad array of resources and services, they cannot be said to be truly free. This can obviously quickly turn into demands for the redistribution of wealth and power to provide greater substantive freedom to all. It has often been resisted by those who hold to stringent views about property rights, often justifying them through appealing to negative liberty.

Social or civic freedom is considerably less clear than negative and substantive freedom. But it is no less important, in many respects; indeed, wise commentators such as Hannah Arendt and Seyla Benhabib often saw it as necessary to the protection of all other forms of freedom. Social freedom concerns our capacity to choose or at least to have a meaningful say in our governance. It is often associated with political and now, particularly, democratic rights. Social freedom can also transcend individualism and be linked to broader calls for group sovereignty—on behalf of a colonized nation or long-marginalized people, for example. For many of the Ancient Greeks, social freedom was of preeminent importance since it pertained to both our responsibilities as good, participatory citizens and to maintaining the solidarity needed to ensure political independence.

Our time is one where demands for social freedom are very much on the agenda. Millions of people claim not to trust their political representatives and insist that their leaders do not accurately work in their interests. This is far from mere perception, as scholars like Martin Gilens have empirically registered that the wealthy and corporate influences have a far bigger say in American democracy (and elsewhere) than ordinary citizens. Some have responded to this crisis of democratic legitimacy through calls for enhancing the social freedom of citizens. Others, such as post-modern conservative populists, have responded by invoking nostalgic rhetoric about how the authentic people must be re-empowered through concentrating political authority in a trusted leader figure like President Donald Trump or Hungarian Prime Minister Viktor Orbán. Often this populism takes on exclusionary and—in the long run—anti-democratic forms, which makes its claims about genuinely respecting social freedom highly questionable at best.

The last kind of freedom we can speak of is spiritual freedom. It is easily the most vague and unapproachable form of freedom; however, it is no less important. Following Kant and Hegel, we might say the spiritual freedom is the capacity to reflect on the conditions of our own understanding and, consequently, to become more self-determining. When we reflect on the conditions of our understanding, we consider why we happen to hold the beliefs that we do and assess them empirically and philosophically through a process of reflective equilibrium. It may turn out, after consideration, that our beliefs turn out to hold up rather well under scrutiny. Or it may turn out that we inherited them solely as the result of being swayed by domineering ideologies—or because we happen to have been brought up in a dogmatic community that insisted its vision of the world was the only correct one. Whatever the reason, to be spiritually freer requires us to, as Kant would say, “Have the courage to use our own understanding.”

Spiritual freedom is—in some respects—the most fundamental way one can be free. But it is also impossible ever to fully achieve, while the possibility of falling into delusion and bad faith remains ever-present. As chroniclers from Hannah Arendt to Erich Fromm and Aleksandr Solzhenitsyn have pointed out, whole societies can be compelled or persuaded to abandon such freedom in order to swallow the most hideous forms of unfreedom, when the challenge of thinking for oneself becomes too terrifying and burdensome. We see that today when millions invoke a rhetoric of suspicion towards everyone they do not like in order to justify submitting their understanding of the world to those who do.

To those of us committed to freedom for all, each conception of freedom is important, and none should be radically privileged over the other. The problem with many societies is their tendency to overstress one conception at the expense of others. Neoliberal capitalist societies place such a premium on economic liberties (even for legal fictions like corporations) that they can dramatically curb the substantive and social freedom of millions of citizens. Too much social freedom without protection of individual rights can lead to the dangers of demagoguery and pure majoritarianism. In the totalitarian Nazi and Soviet states, virtually no freedoms were respected, and only a limited amount of spiritual freedom remained to resist the imperative to surrender one’s self to the party.

In my mind, a liberal socialist society of the sort I have called for obtains the best balance between these different conceptions. While it may be too much to ask that they never compete, a greater harmony can surely be obtained than we see today. That said, I wish everyone a happy holiday, and I hope the next year brings with it an end to our common trials.