Finding Hope When All Seems Lost 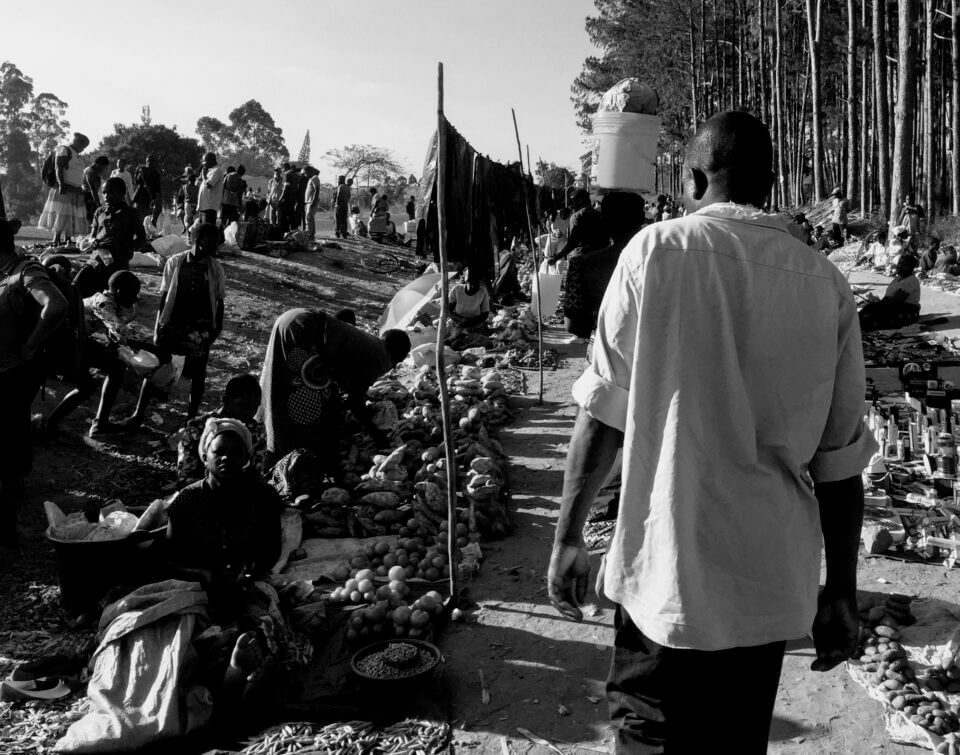 “The alarming juxtaposition is that on the other side of this brick wall were patients dying from malaria and children being born with HIV. However, the sheer joy and optimism of this village was unbreakable and, in every sense, unexplainable.”

With constant news of wildfires, protests, and a pandemic, perhaps we could be forgiven for thinking that 2020 has not been a particularly stable year. Online, a growing group of people quick to chime in at every opportunity to “lose faith in humanity” has created a culture in which it has become increasingly fashionable to be pessimistic about the state of the world.

Mainstream media would have us believe that the world is in a state of utter catastrophe. After all, it is more enticing to both liberal and conservative audiences to be fed content that magnifies divisive social issues or tells us how terrible our lives have become of late. But truth be told, the world is a better place now than ever before. This fact is undisputed.

A child born anywhere in the world today is far more likely to survive until adulthood than at any point in history. This year, 300,000 more children will survive malaria who would not have survived 20 years ago. Global infant mortality has nearly halved, and mean life expectancy has risen by ten to 20 years in almost every sub-Saharan African country since 2000. However, we rarely discuss these incredible developments.

Instead, we are drawn to news that confirms our biases—to support a rather inaccurate claim that life is hopeless and that we ought to give up on doing anything proactive.

In a world governed by social media, considering the nuances and the bigger picture is no longer as desirable. As such, the far more common thing to do is to express outrage in return for likes, retweets, and the affirmation that one has become a rung closer to heaven than everyone else.

There is a danger to all of this. Being quick to politicize, divide, and label things may now be the default; however, in the process, it has enslaved us to a state of perpetual anxiety.

In the grand view of human history, though, life has never been better. The economist Jeffrey Sachs, who has perhaps done more to reduce global poverty than anyone else alive today, maintains that the very things we so often criticize—whether it be globalization, technology, or free markets—have, over the past 200 years, brought unprecedented advances in the standard of living almost everywhere.

First, we must not fall victim to “outrage culture.” This is not only because, in most cases, such outrage is inaccurate and unwarranted but also because this tendency dangerously reduces the complexities of real-world issues into a single narrative, preventing the more rational discourse needed to produce sensible real change.

Only a few months ago, the shortage of ventilators led to a public outcry about the government’s failures to prepare for a pandemic—ignoring the fact that the United Kingdom, at the time, ranked 7th in the world for ventilators per capita. It was this outrage, which in April, led to every well-equipped nation on the planet being in a frenzy to procure the last of the world’s supply of this critical equipment. It was our entitlement that left poorer nations like Malawi with just  17 ventilators for the entire population.

In a world where there are 144 million children stunted from malnutrition and hundreds of millions of children living on less than $2 per day, we must view what we have as a privilege and not a “right.” Only then will we begin to reflect on the severe misallocation of the world’s resources. In simpler terms, misplaced focus on issues that affect us causes us to neglect our duty to far greater injustices.

Many humanitarians including Hans Rosling would make the case that if we were being truly rational about the state of the world, we ought to be optimists. Knowing that our world today was better than the world yesterday—and far better than the world a decade ago—instils a rational hope in all those dedicated to progressing humankind. When we exercise reason, we may just find that all is not lost.

Indeed, we may like Rosling or Sachs, believe that rational judgment should lead to optimism. But what gives people hope when all evidence points in the other direction?

I recently worked in a remote mission hospital in Malawi. Amid extreme poverty, diseases, and mortality, I was humbled by the joyfulness found among the Malawian people—qualities that over generations had earned this nation the nickname: “The Warm Heart of Africa.”

Every dawn, Makwasan villagers would gather outside the hospital to sing morning hymns of thanks for the new day. A spontaneous chorus in their dozens would erupt in perfectly harmonized melodies. And though I doubted they had any kind of formal musical education, I was convinced that among them were some of the most beautiful voices I had ever heard.

The alarming juxtaposition is that on the other side of this brick wall were patients dying from malaria and children being born with HIV. However, the sheer joy and optimism of this village was unbreakable and, in every sense, unexplainable. To the cynical observer, this may appear as mere desensitization—perhaps even blissful ignorance. But I am convinced that the joy in their hearts was founded in something far greater.

The great 20th-century novelist Aleksandr Solzhenitsyn, after years of forced labor in Soviet camps, wrote in his memoirs: “It is not our level of prosperity that makes for happiness but the kinship of heart to heart and the way we look at the world.” Solzhenitsyn, despite witnessing evil on a scale that would justify his right to resent the world entire, compellingly and somewhat defiantly pronounces the goodness of humankind, describing himself as “an unshakeable optimist.”

As for the village of Makwasa, I came to realize that they had discovered something which I was yet to discover: a love of life and unconditional joy that were completely independent of all physical circumstances. They, too, were unshakeable optimists who saw each new day as a blessing from God and viewed themselves as a blessing to each other. And by doing so, it seemed they could be at peace with the world.

Perhaps, there is something to be learned from a lonely Malawian village 5000 miles away. The great paradox of happiness seems to be that happiness can only be found when the individual gives up seeking it but chooses, instead, to create it for others—or as Victor Frankl writes, “But happiness cannot be pursued; it must ensue.” For us to become truly happy, we must—like the men and women of Makwasa—reconnect with our humanity and first seek to better the lives of those in greater need than ourselves. We must make their dreams our dreams and strive for their needs to be met before our wants.

In times of uncertainty such as now, it is often the people who have the least and suffer the most, who remind us that despite the unrest, injustice, and brokenness, the world is still a beautiful place. And it may just well be that everything is not so bad, after all. Amid the confusion and restlessness of a world turned upside down, all of us are desperately seeking deeper meaning—to make sense of a fragile existence that had (until very recently) felt unbreakable. Realizing that each of us can do more to give than to take, might enable us to find true happiness by creating it for others,, at a time in which many have forgotten what gives our short lives any meaning.

David Kim is a British Army officer studying medicine at Oxford University, and he has recently returned from a medical volunteering mission in Malawi.