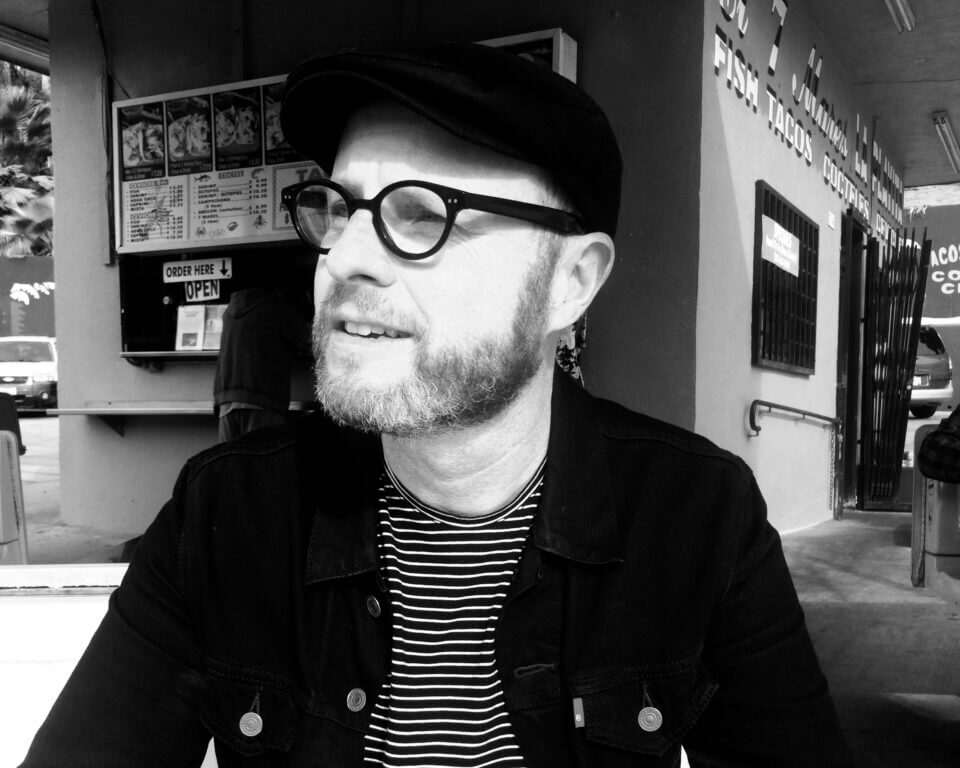 Satire is not the same as comedy, though it is easy, especially in our deracinated world, to conflate the two. Teaching and explaining satire, however, is exhilarating. For satire, I think, tells us much about the intellectual culture and current we live in.

It is not the norm that satire appears at the birth of literary and intellectual culture. On the contrary, it is often at the end—during the nadir—of an intellectual current that satire emerges and manifests the final bang of the dying star. The great satirists of antiquity, Aristophanes and Apuleius, are case in point. Aristophanes arrived on the scene at the end of the pathological cosmos of Greek literature. The pathos of Hesiod, Homer, Aeschylus, Sophocles, and Euripides reached its final desecration at the hands of Aristophanes; and, at the same time, the emergence of a new intellectual current—Socratic philosophy—was bubbling up.

What was true for Aristophanes is also true for Apuleius. The Golden Ass is satirical gold, but it represented the manifestation of the end of Roman mythology; the imperial mythos that so moved the Augustan poets finds no salvation in Apuleius, who brutally mocks the Roman myths. Apuleius also wrote when the pagan mythology of Rome was cracking and an upstart religion from Palestine was making headway across the Mediterranean.

Likewise, Miguel de Cervantes and his brilliant novel Don Quixote satirizes the end of the end of the medieval world of chivalry and knightly heroism. The modern world has now come in full force. We should not forget that the world of heroic literature that is the bleeding heart of medieval literature—from Beowulf, the Song of Roland, to Jerusalem Delivered—reached its final gloriously inglorious end in Don Quixote. And we should also remember that a new movement was romping around with even greater force and fervor than before: the Protestant Reformation.

This is not to say satire is bad. On the contrary, satire has historically represented the last great energy and creativity of a dying epoch—that final hurrah before the current that gave birth to it evaporates and something new takes its place. After all, no one denies—save the fanatics out to decapitate everything male and European—that there is great literary merit and genius to Aristophanes, Apuleius, and Cervantes. Moreover, they were all poets.

Clint Margrave, then, stands in fine company when considering the systematic flow of the literary spirit throughout human history. He is a poet. And now with Lying Bastard, a brilliant and dark satirical deconstruction of our postmodern world’s most sacred cows, he strikes home with a bang. There is no denying that Lying Bastard is a satirical novel. And when placing it within the general arc of the rise and fall of literary creativity, one can begin to understand its possible importance.

I have defined a classic, in other writings, as dealing with the enduring themes of the human condition: love and strife. More than mere antiquity, the classics of universal acclaim tend to have that feature to them. Margrave’s book, one might say, certainly deals with a certain aspect of love and strife—even if unconventionally and in ways one might immediately recognize. Whether it enters that elite club is something posterity will decide.

Berlin Saunders, one of our main protagonists, is an adjunct professor of English who struggles with the insufferable bad faith of academic careerism. Must one put on a façade just to get by working as a teacher who doubles as an impromptu hospital attendant? Moreover, what is the role of an English department? Surely to teach English. If so, why is the English department often a psychological field hospital—the new church of healing?

“[T]he English department was just a big hospital and it was no coincidence that the majority of people working in it were called doctors.” Witty statements like this add a comedic charm to Margrave’s book. As Saunders struggles with his life, he also begins to form a bond with an Iraq War veteran, who has a lot of writing potential, named Adam Rowan. Saunders and Adam begin to form a special teacher-student relationship. Their relationship breathes a new life into Saunders and may well release the creativity capacity of Adam—though Saunders does not want to give too much praise to his right-wing student.

Lying Bastard is a work of the zeitgeist. Disgruntled intellectuals. Returning war veterans just beginning their higher education. A school shooting. The fraud of academicians. Societal exploitation. Frustration on the part of everyone we meet. All satires are a product of their time. Yet Clint Margrave’s book stands apart from the other works of the zeitgeist that have become nauseatingly repetitive of sacred tropes we now must have for faux critical acclaim: strong female characters, LGBTQI+ attractions, and irredeemably villainous white males. Margrave’s book is a work of the zeitgeist, but it is notably critical of the zeitgeist. Lying Bastard exposes the shallow authenticity that supposedly guides our world. More acutely, Margrave undresses the inauthenticity that passes for authenticity. But he is asking a very serious question: Can we be authentic?

It is undeniable that the current intellectual current of our dying world is postmodernism, itself rooted in the philosophies of existentialism. In a meaningless world, how do we find meaning? We lie to others and to ourselves about our own importance. We embrace activistic struggles for change. We play dress-up revolution in the streets (there is an irony in that most revolutionaries are members of the establishment and schooled at all the elite institutions of the West). In short, our world is built on a web of lies and false deceits—or what Jean-Paul Sartre called “bad faith.” This is not conspiratorial. This is a simple fact that only the naïve or the self-deluded deny. Bad faith is everywhere, and bad faith permeates Margrave’s book.

It is, therefore, appropriate that Margrave’s title gives nod to this reality (and other things like a grown man who is a bastard lying on the floor faking his death to get by) and that in our culminating end-scene our school shooter calls out Saunders for his inauthenticity, “Liar, liar, pants on fire.” Existentialism, and even postmodernism, began as movements seeking authenticity and a pastoral approach to life in the midst of cosmic meaningless and exploitation. It is ironic, then, that the end result of these movements has been a cynical inauthenticity where saying anything and becoming part of the latest fad movement is considered brave, heroic, and, in a word, “authentic.” (Even though most people who return a modicum of common sense and rational skepticism see through the façade.)

The disintegration of our current world should not come as a surprise to us. We are living in the final throes of the postmodern age. We can (and should) look to literature for clues to the times we are living in.

When an intellectual current is fading, satire often emerges in its final days. So Clint Margrave’s Lying Bastard arrives on the scene and takes aim at our inauthentic age wittily, charmingly, and sometimes frustratingly.

Historically, the passing of one intellectual current gives way to another. What is the new river on the horizon? Some people fear a certain possibility. But others may take a calmer approach: we do not know yet, and there is nothing wrong with that.

If we look to the humanities, especially literature, as providing clues to our current climate we might do well to look at Clint Margrave’s Lying Bastard as arriving to signal the end of the inauthentic quest for authenticity. Postmodernism is exhausted, just as the pathological cosmos of Greek literature was exhausted when Aristophanes stormed onto the stage or when Cervantes had Don Quixote charge a windmill in knightly armor only to be unsaddled to symbolize the final salute of the heroic age of medievalism in that immortal scene so beloved by all. In like fashion, Margrave has a school shooter storm into a classroom and call out a member of the professoriate for what he is, for “Berlin Saunders had been telling [lies] all his life.”

While the litany of characters who populate Margrave’s novel is easily forgettable, and, indeed, forgotten, our central protagonists are not. Their struggles are undeniably human. Their aspirations: also human. The bond Saunders and Adam form is touching (if not disjointed at times) and deeply human. There are a human face and heart to this satirical blitz.

In the passing of our current age—and as English professors, teachers, and critics look back on it—perhaps they will find a satirical novel that fits the historical cycle of signaling the end of that age. Is Lying Bastard that novel? Perhaps not. But I have no doubt that Lying Bastard tells us something significant about our age and intellectual and cultural malaise.

Margrave’s characters: Berlin Saunders, Tom Corona (tough name for 2020), and Adam Rowan drift through a meaningless and exhausted cosmos in spectacular fashion. Contra T.S. Eliot, the passing of the age does not end in a whimper but a bang! Just open the pages of Lying Bastard to plummet back to the real world. If we are still seeking authenticity, perhaps becoming human again with the touch of pity, compassion, and honesty can help. Ironically, Clint Margrave may help inject that healing antidote through his book and fulfill his role as a healer in the hospital of literature.

Paul Krause is a humanities teacher, classicist, and literary essayist. He contributed to the book The College Lecture Today (Lexington Press, 2019), is an Associate Editor at VoegelinView, and is host of the podcast Literary Tales.