How to Be a Non-Racist 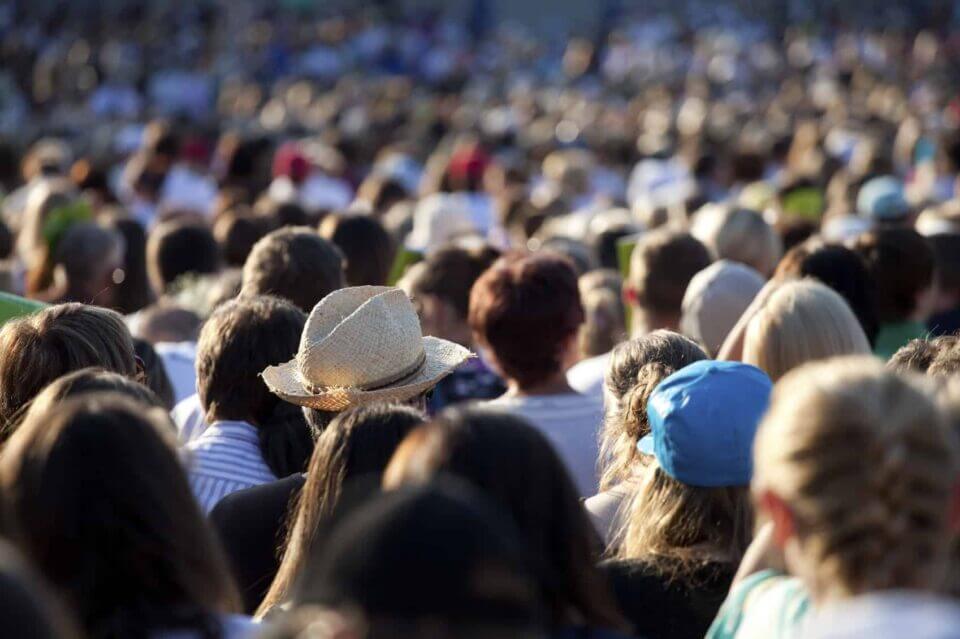 According to Ibram X. Kendi, author of How to Be an Antiracist, “There’s no such thing as ‘not racist.’” In his opinion, “We are either being racist or antiracist.” This view has a surprisingly large number of subscribers. But once we recognize it for what it is—a false binary based on common misconceptions about racial disparities—it becomes clear that it is, in fact, perfectly possible to be a non-racist in today’s society.

Indeed, given the social divisiveness of racial identity politics, it is imperative that we adopt such a stance. When the actor Morgan Freeman was asked how racism could be eradicated, he famously replied: “Stop talking about it. I’m gonna stop calling you a white man. And I’m gonna ask you to stop calling me black man.” In other words, the sooner we begin to judge people by “the content of their character”—to borrow Martin Luther King Jr.’s phrase—rather than their race, the better.

Kendi’s approach, which aligns itself with Critical Race Theory, is diametrically opposed to Freeman’s non-racism. It can be summed up as follows: There are racial disparities in society, ergo “systemic racism.” As Thomas Sowell, Coleman Hughes, and others have repeatedly shown, however, this is a fallacy. Disparate outcomes do not imply disparate treatment. Absent legal discrimination, other factors—such as cultural differences—appear to play a much greater role.

Kendi and others like him, however, presume that racial outcome disparities are evidence of racism. Assuming equity to be the default state of human society, they rule out the possibility that unequal group outcomes may be due to internal factors (such as skills, attitudes, and behaviors), rather than external treatment (such as racial discrimination). Even worse, they point to historical racial injustices and conclude that racially discriminating against white people will restore equilibrium and serve “social justice.” But two wrongs do not make a right. In fact, this approach seems more like a recipe for perpetual racial conflict. To quote Kendi: “The only remedy to past discrimination is present discrimination. The only remedy to present discrimination is future discrimination.”

The opposite of racism—commonly defined as racial prejudice and discrimination—is, therefore, not anti-racism, but non-racism. What does the latter comprise?

Non-racism acknowledges that individual differences are greater than racial group differences. Put another way, racial groups share more in common than what sets them apart. While there are average differences between these groups, we simply cannot make safe assumptions about an individual’s character or intelligence based upon his or her race. In short, racial prejudice is a fallacy. Knowing this allows us to look at group differences through an objective lens and to engage in open debate about their roots and implications, which is always a more productive way to tackle social problems than bowing to dogma for fear of being called names. It even allows us to examine average racial IQ differences—as Charles Murray and others have done—without drawing racist conclusions.

Non-racism, thus understood, implies colorblindness, not in the sense of literally not seeing skin color, but in the sense of treating it as insignificant. Just because racial bias appears to be ingrained in human nature—we are, after all, highly visual, tribal creatures—does not mean that we are hopelessly condemned to racial bigotry. Non-racism provides checks and balances to prevent our biases from getting the better of us. In contradistinction to a dubious yet popular approach known as Implicit Racial Bias Training, however, non-racism does not presume to rid people of their unconscious biases. Rather, it serves as a corrective to such biases should they become manifest.

Non-racism teaches us to question racialized narratives. Is race, or racism, really the deciding factor in a given situation? Take the issue of police violence. The Black Lives Matter movement pushes a pervasive narrative according to which police killings in the United States are literally a black and white issue. The reality, however, is that—once we take crime rates into consideration—the narrative that black people are disproportionately killed by (white) police officers falls apart. African Americans commit a disproportionate number of violent crimes in the United States, in most cases against other African Americans (indeed, homicide is the leading cause of death among Africa American males aged 1-44). This is not even to mention that—in absolute numbers—police officers kill more white people than any other race. It has moreover been reckoned that “an officer’s chance of getting killed by a black assailant is 18.5 times higher than the chance of an unarmed black getting killed by a cop.” Police use of deadly force—though sometimes justified—is a problem, to be sure, but it is not due to racism. As such, anti-racism cannot be the solution. Non-racism, on the other hand, allows for a multivariate investigation unrestrained by race politics.

Judging the validity of an argument based on the speaker’s group identity (such as race, class, or gender), standpoint epistemology, is tantamount to moral relativism—the view that moral judgements are true or false relative to a particular standpoint. Valuing “lived experience” over objective facts serves to discredit counterarguments made by people who do not belong to the respective identity group. The underlying assumption is that group identity outweighs not only individual differences—all members of a group (black people, for example) are implicitly assumed to be alike—but also our shared humanity and our capacity to reason. Non-racism, by contrast, holds that racial differences do not preclude us from reasoning with and understanding one another.

Do Not Let Race Define You

While acknowledging that race is part of our identities, non-racism implies a refusal to be defined by race. It is, therefore, incompatible with “white guilt,” a core sentiment of Critical Race Theory. The idea that an individual should feel guilty or can be held accountable for injustices committed by people of the same skin color is a form of kin liability that has no place in enlightened discourse.

According to anti-racism, however, white people are, by definition, complicit in racism. Since racist attitudes among whites have declined tremendously, however, this view requires a re-definition of racism. Enter “systemic racism”: the idea that it is not individuals who are racist, but the system (vaguely defined as the institutional structures of society). This deindividuation of racism reflects a moral shift from individual accountability towards inherited guilt.

Anti-racism asserts not only that white people are to be assumed guilty of racism until proven innocent, but also that people of color are incapable of racism, though they may be prejudiced against whites. The rationale behind this bizarre—and, frankly, racist—proposition, which denies individual agency, is that racism, thus defined, is a matter of societal power. It rests on the assumption that Western democratic society inherently promotes “white supremacy.” Equal civil rights notwithstanding, white citizens are seen as inherently privileged and black citizens as inherently oppressed, regardless of their actual biographies. The non-racist response to this distorted view is, simply, not to let race define our sense of self.

Anti-racism tends to portray people of color as victims. All this achieves is to demoralize those motivated to make the most of themselves. This is anything but empowering. Victim culture only holds lagging groups and individuals back. What is more—rather than apply the same standards of conduct and performance across the board (non-racism)—anti-racism urges lower standards for lagging groups to promote “equality.”

This paternalistic and condescending attitude has a name: “the soft bigotry of low expectations.” It is connected to cultural relativism—the idea that criticism of another culture is intolerable (who are we to condemn forced female genital mutilation?). Anti-racism holds that Western society’s behavioral norms and moral principles only apply to white people. In fact, according to this view, to expect people of color to abide by the same basic standards is tantamount to white supremacy.

According to the “whiteness chart” by the by the National Museum of African-American History & Culture in Washington, D.C., punctuality, hard work, and objective reasoning (to name just a few items on the chart) are manifestations of white cultural dominance. Given the universal utility of such precepts, these examples demonstrate that anti-racism is not about helping people of color advance in society but about dismantling Western society and culture, a project bound to hurt people of all races.

The view that the West is inherently racist due to its colonial past has led many anti-racist activists to demand the “decolonization” of science and education. The rationale behind this demand seems to be that society’s emphasis on “Western knowledge” perpetuates white supremacy by suppressing “other ways of knowing” such as indigenous religion. This implies not only that these ways of knowing are on a par with the scientific method or, in the case of the humanities, the works of “dead white men” such as William Shakespeare, but that scientific reasoning and classic Western art and literature are lost on people of color. Non-racism holds that the benefits of these human achievements are universal.

An attempt to racially segregate culture, the movement against “cultural appropriation” conflates race and culture in a way that verges on racial essentialism. In this view, only people of color are legitimately entitled to wear dreadlocks, for example. However, the adoption of elements of one culture or identity by members of another culture or identity is not just a matter of free expression but also a primary driver of cultural evolution. Non-racism acknowledges this and rejects racial essentialism. It thus treats “cultural appropriation” as a nonissue.

Oppose the Re-racialization of Society

Making everything about race, anti-racism re-racializes society, which serves to reverse much of the progress made in race relations since Martin Luther King Jr. and the civil rights movement. Non-racism, on the other hand, is best understood as a continuation of that progress. It seeks to de-racialize society.

Stand up to Anti-racism

What anti-racism boils down to—in practice—is little more than race hustling. Indeed, it can be downright segregationist, for instance when it calls for racially segregated spaces. Non-racism opposes such divisiveness, while challenging baseless accusations of racism. In today’s society, being labeled a racist carries severe social and professional consequences. As we have seen, however, it is often those who make such accusations who turn out to be the real racists.

When it comes to battling racism, it is crucial to avoid equivocation. We need to be on the same page. The only remedy to racism—defined as racial prejudice and discrimination—is non-racism, not more racial prejudice and discrimination, as those who push anti-racism would have us believe. In short, non-racism is not only possible; it is a moral imperative.

2 thoughts on “How to Be a Non-Racist”