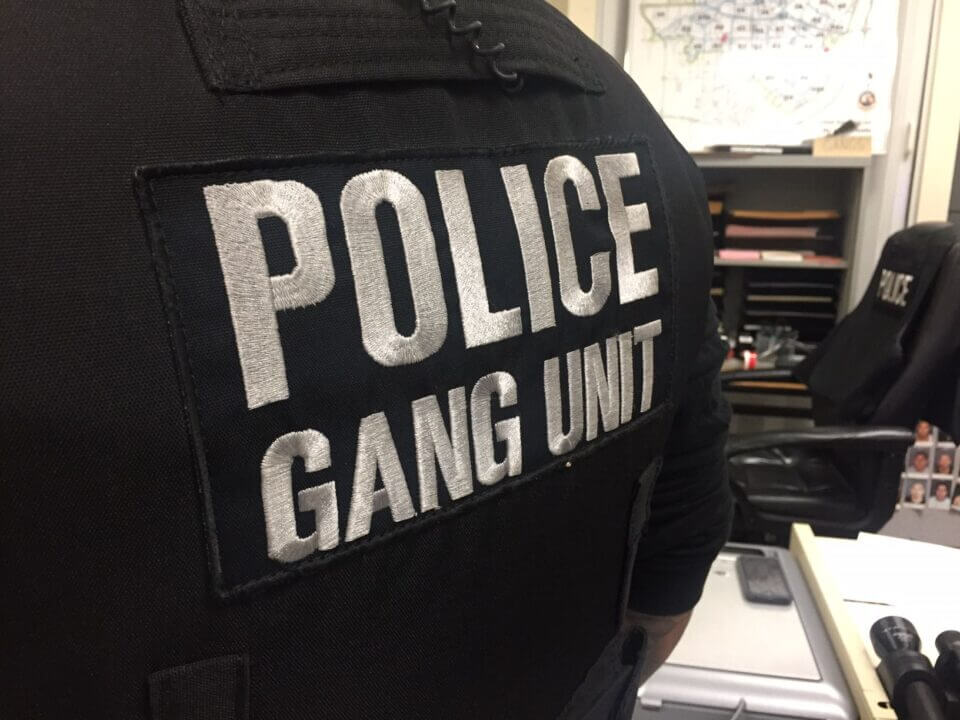 “Gang violence is not ‘gun violence.'”

Predictably, reports reveal that an alleged gang member is accused of committing the September 12, 2020 attempted assassination of two Los Angeles County deputies while they sat in a public location in their marked police car. The signs of gang involvement were obvious, as they routinely are in countless criminal offenses every day.

Gangs operate as counter-culture organizations, fueled by open and notorious displays of violence and intimidation, often against innocent victims. Assaults on symbols of order and authority—such as police officers—are commonplace. Just days before the Los Angeles attack, the FBI reported that a national gang confederation entered into a pact to shoot police officers on sight.

Homicide rates in a number of American cities are surging. The Chicago Tribune  identified the source and tragic consequences: “Gang-related shootings have remained a persistent problem all year long. Dozens of children 17 and younger have been fatally shot, often in gang crossfire in neighborhoods.” A Los Angeles Police Department official explained: “It’s not just the gang members shooting each other, it’s the innocent victims.”

Department of Justice assessments undeniably confirm that gangs represent an unparalleled threat. In 2011, a federal study estimated that at least 1.4 million gang members and 33,000 gangs criminally operate in the United States. This was an increase of 400,000 gang members from just two years earlier. Subsequent academic research concluded that national youth gang membership may triple government estimates.

Forceful voices steadfastly forecasted rises in crime due to mass de-incarceration and the non-prosecution of gangs. This is echoed by the findings of sociologist Mike K. Carlie: “Criminally active gang members who are free in the community are also free to recruit, threaten and otherwise cajole others to join them in their criminality.”

Bobby Christine, U.S. Attorney for the Southern District of Georgia, explained the impact of gangs on recent events: “We’ve seen a confluence of all manner of criminal activity in criminal street gangs—everything from your traditional activity of violence, enforcement, theft, robbery, burglary…also in human trafficking and also in large, complex drug distribution…It would stand to reason that, given the unrest, they could exploit that scene for their nefarious purposes.”

For instance, gang membership in the seven figures accounting for the balance of the crimes that would-be victims fear the most constitutes a gang crisis—not a “gang problem.”

Still, federal and state gang arrest and prosecution rates persist in the low single digits. According to the Georgia Gang Investigators Association (GGIA), a vaunted federal initiative annually arrested and convicted less than 1% of the country’s gang members.

Atlanta is among the cities seeing a precipitous upsurge in murder rates. Per GGIA, the two counties housing the City of Atlanta, Fulton and DeKalb, together accounted for less than 10% of the gang charges brought by Georgia state authorities in all of 2019. This is arrayed against the FBI’s estimate of 50,000 gang members active in Metro Atlanta.

For context, Georgia’s Augusta-Richmond County (in the eastern part of the state), with a mere fraction of the population, leveled over 500 anti-gang law charges in 2019, compared to under 200 for DeKalb and Fulton combined, according to GGIA. These disparities are typical. A host of Georgia’s rural counties routinely account for far more gang charging than their Metro Atlanta counterparts.

This is not to say that individual law enforcement officers or prosecutors are to blame. These are systemic deficits. The culpability, therefore, lies at the feet of law enforcement and prosecution shot-callers. The laissez-faire attitude displayed by most media and politicians towards America’s Gang Crisis has allowed gangs to criminally maneuver with near impunity. Gang recruitment—and its consequent derailing of each new initiate’s life—proliferates. Surging gang membership volumizes gang crime victims. The rises in murder rates during 2020 prove it.

Political and media dispensation for gangs often takes the form of collusively deceptive, gang-enabling word choice. For instance, gang membership in the seven figures accounting for the balance of the crimes that would-be victims fear the most constitutes a gang crisis—not a “gang problem.” Furthermore, skyrocketing murder rates and property destruction into the billions of dollars are the outcomes of criminal not “civil” unrest.

Gang violence is not “gun violence.” Columnist John Kass decries the term “gun violence” as “a politically correct term that gives politicians wiggle room,” exclaiming, “Children shot in gang wars don’t need your flowers or speeches. But they do require specificity. It’s not gun violence. It’s street gang violence.” Kass has further inveighed, “If we really cared about these victims and their memories, we’d have the decency to call what happened to them by its real name: gang wars.”

And none of this, of course, is to say that there are not other improvements needed in the criminal justice system. Legal and constitutional violations in policing or prosecution should never be tolerated. Disproportionate sentencing should become a thing of the past. Reasoned crime prevention and interdiction programs are certainly important. The same is true for sentencing alternatives in suitable cases. However, protecting innocent victims—including our children—by properly investigating, charging, and prosecuting gang crime does not conflict with any of these imperatives. In many ways, it enhances them.

In the midst of this milieu, a handful of public figures have distinguished themselves. Among them, Senators Kelly Loeffler (R-Ga.), Marsha Blackburn (R-Tn.) and Tom Cotton (R-Ar.) recently introduced a bill to improve the ability of federal authorities to investigate and prosecute gangs. No major political leader, however, has demonstrated a greater commitment to public safety and “stopping and dismantling” gangs than Georgia Governor Brian Kemp. Presciently, in late 2019, Governor Kemp declared, “I’m tired of our law enforcement officials being shot up for no reason by gangbangers.” With gang violence soaring around the country, we can only hope our movers and shakers will finally embrace Governor Kemp’s stirring sentiments. Everyone should. National security and public safety hang in the balance. So do untold numbers of innocent lives, including those of our children.

Vic Reynolds serves as the Director of the Georgia Bureau of Investigation, after his appointment to that position by Gov. Brian Kemp in February 2019. That year, Reynolds selected Mike Carlson as GBI’s Chief Counsel and Ethics Officer. Both Reynolds and Carlson are former trial and appellate prosecutors, as well as legal authors.