A Vision for Human Flourishing 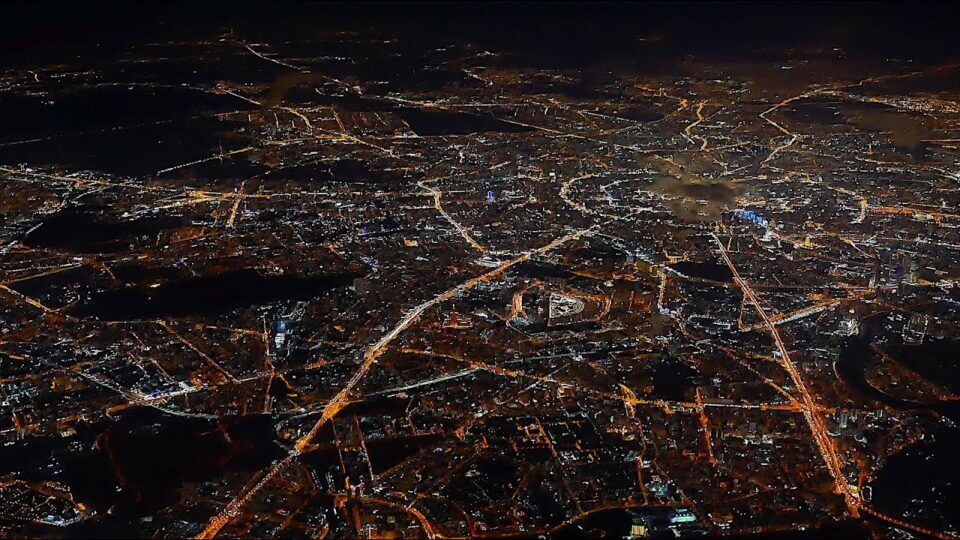 “Just like we would not accept the transportation technology of the 1800’s, we should not compulsorily accept archaic attitudes toward work, education, possessions, and leisure.”

I am forever amazed by the lack of conversation around the concept of human flourishing. If this concept is ever mentioned, it is only in the context of flourishing as an individual. For example, Harvard’s Human Flourishing Program focuses on improving individual happiness and well-being. This is important work; however, in the meantime, it does nothing to address the structural issues that hold us back on a species level. And despite the wide-ranging political debates that play out every day online and in the media, there is almost no high-level conversation explicitly focused on achieving radical, society-wide transformations designed to supercharge human flourishing.

As a result, day-to-day life is stuck in a rut. Technology continues to advance, and humanist values continue to spread. But on a societal level, we all still experience the same general life-plan as our grandparents: Go to school to learn a trade, work 40 or more hours per week until our knees and nerves give out, fantasize about a retirement we know we will never quite settle into, and, then, regrettably settle into it. Along the way—just like our grandparents—we hope for nothing more than to become landowners, cementing ourselves to a community we rarely leave, whether or not we happen to like our neighbors. In all aspects of life, we are defined by archaic systems that do more to trap us than they allow us to unlock our potential as beings inherently driven to explore the world and experience life to the fullest.

People often look to politicians for a better vision of the future. But politicians rarely seek to change the underlying cultural values that lock us all into the soul-sucking work week and the basic lifestyle that has not changed much in the past century. This is, of course, to say that politicians generally are not concerned with achieving a human-flourishing-focused vision of the future. Politicians are not properly incentivized to seek real change. With few exceptions, they lack the imagination required to think about restructuring society from first principles. So, forget politicians for inspiration.

For better or worse, it is often the case that entrepreneurs, science fiction writers, philosophers, and futurists take up the task of envisioning a future that is focused on increasing human flourishing. Contemporary futurists who are concerned with human flourishing include Aaron Bastani, who develops a roadmap for achieving a “post-scarcity economy” in his 2018 book Fully Automated Luxury Communism. Also, the journalist and transhumanist activist Zoltan Istvan articulates a libertarian, transhumanist vision for the future in his books The Transhumaist Wager (2013) and The Futuresist Cure (2019). But the paragon for evangelizing a modern, technology-based vision for human flourishing remains the author and philosopher FM-2030 (born FM Esfandiary).

An early figure in the transhumanist movement, FM-2030 had a lot to say about moving beyond archaic and seemingly arbitrary structures of the past. From first principles, harnessing modern technology, he wanted to reconfigure our society to unlock human flourishing. His ideas are not always reasonable—or perhaps even serious—but his visions are grand and universal, seeking the betterment of all humanity. Here is a quick introduction to three of his ideas, presented in lightly-edited quotations from his 1973 book Up-Wingers:

While some of FM-2030’s ideas seem far-fetched, others are crucial to furthering basic human flourishing. Consider his call for us to move “beyond survival economics” to a “cybernated world of leisure and abundance.” In this world, wealth is created through automation, freeing us from the 40-hour work week. Writing in the 1970’s, FM-2030 was optimistic about the future of automation, writing, “If we mobilized our new technology we could within five to ten years free millions of people rich and poor alike from the slavery of perpetual work.”

This may not happen even in the next five to ten years, but it is a fact that the drivers of economic growth are increasingly being automated. As recent U.S. presidential candidate Andrew Yang highlighted during his campaign, many jobs in all sectors of the economy are being automated away, and many will never come back. This can be seen as terrifying news—or it could be greeted as the best thing to happen to humanity.

Imagine a world where large swaths of the economy are automated, where the wealth generated is shared through a basic income. Everyone still works, but the work week is short, with flexible schedules. Most jobs are human-focused. Many people consider themselves entrepreneurs. Career changes are frequent. Education does not stop at age 21; it is now a lifetime pursuit. Between careers, people regularly take long “skillbaticals,” often in a foreign country. With so much extra free time to enjoy, there is a strong cultural emphasis on creating art, traveling, socializing, and volunteering.

The world is increasingly polarized and political. In this context, FM-2030’s diatribe from the 1970’s is more relevant than ever: “Socialism and capitalism are hopelessly predicated on puritan values. Work hard—study hard—produce—produce. You must work—work work work. Hardship and hard work are good for you. They will help you grow. They will help your country grow…So insidious is this brainwashing that people cannot relax even on their vacations. Are you having fun here on the beach? Not really. I am wasting my vacation. I haven’t read a single book. I haven’t even done any of the work I brought from the office. I have wasted my whole vacation.”

The essential point is that we do not have to settle for the world we inherited from our parents. Just like we would not accept the transportation technology of the 1800’s, we should not compulsorily accept archaic attitudes toward work, education, possessions, and leisure. The world up to this moment was not built for humanity truly to flourish. We can do better.

Peter Clarke is a freelance journalist in San Francisco.