“The American People”—a Phrase Worth Discarding 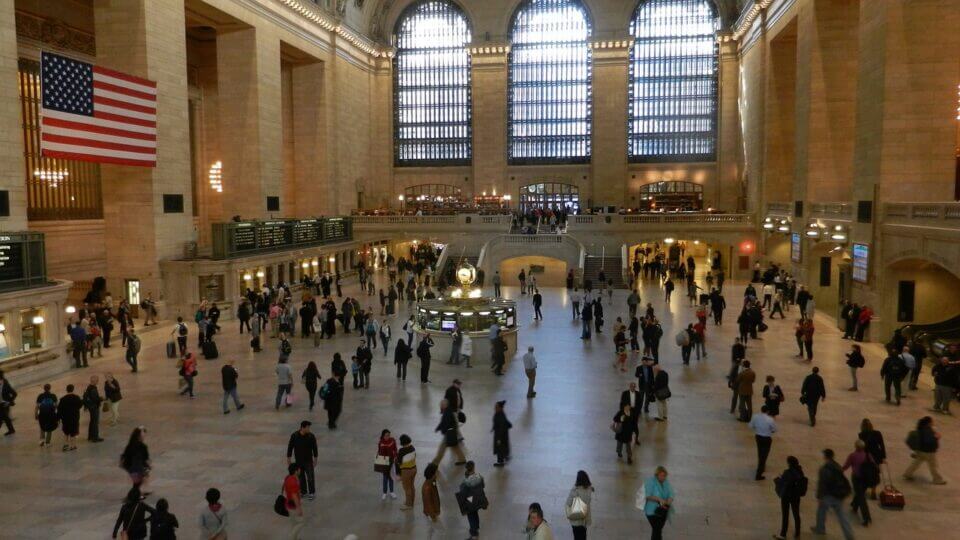 “…there are perhaps a few other aspects of the phrase that ought to make it first on the chopping block when considering which expressions really out to be expunged immediately from our national discourse.”

The phrase springs so frequently from the lips of our politicians that it is perhaps rarely noticed anymore. However, with presidential debates now soon upon us and a contentious Supreme Court nomination afoot, the use of the phrase is likely soon to border all the more on the incessant. Even in the past couple of days, we were told, respectively, by Republicans and Democrats that “the American people” desire for the vacant Supreme Court seat to be filled as swiftly as possible and that—under no circumstances—ought “the American people” tolerate even a consideration of said appointment. On September 10th, it was Senator Kamala Harris, the Democratic nominee for Vice President, lashing out: “This is an individual [referring to President Donald Trump] who is not concerned about the health, safety, and well-being of the American people.” And, on the other side of the aisle, White House Press Secretary Kayleigh McEnany could be heard beginning an early September press conference (following House Speaker Nancy Pelosi’s hair salon incident) by asserting that, “Nancy Pelosi was not in the halls of Congress when I asked where she was. She was not working in good faith to make a deal for the American people. Nope, Nancy Pelosi was found in San Francisco at a hair salon…”

And the expression is found similarly time and again coming forth from the politically-adjacent news media and comedian-cum-commentator class. This is true, for instance, in the recent discussion between late-night comedian James Corden and Stephen Colbert captioned by CBS to read “James Corden: I Think There’s A Revolution Happening Inside The American People.” Then, to name a further few: there was former Republican Congressman David Jolly on MSNBC’s Deadline (“The American People are tired of division and anger”); former National Security Advisor Susan Rice on The Late Show with Stephen Colbert (“The American people need to call B.S. on [President Trump’s rhetoric towards the Postal Service]”); and, Joe Scarborough on Morning Joe (“the American People Have Overwhelmingly Turned Against [President Trump]”).

The phrase is, of course, a rather fungible one and can be—and often is—replaced by similar expressions, whether it be say “the American public,” “the American electorate,” and the like. However, there is something about “the American people” that perhaps rubs one the wrong way in particular. Although some commentators, such as Joseph Epstein, have also taken note of this rhetorical sleight of hand and dismissed it as bald-faced pandering dripping with disingenuousness, there are perhaps a few other aspects of the phrase that ought to make it first on the chopping block when considering which expressions really out to be expunged immediately from our national discourse.

One sequence in early American history that is indeed already well-chronicled but nevertheless worth revisiting might shed some light. Samuel Adams—in his now-well known 1787 letter to Richard Henry Lee—wrote, “I confess, as I enter the Building I stumble at the Threshold. I meet with a National Government, instead of a federal Union of Sovereign States.” He was, of course, objecting to the first three words of the under-consideration Constitution of the United States (“We the people”). And Adams would be joined in this concern by Patrick Henry, who in a June 1788 speech at the Virginia Ratifying Convention would object to the Constitution’s opening words by saying, “My political curiosity, exclusive of my anxious solicitude for the public welfare, leads me to ask, who authorized them to speak the language of, We, the People, instead of We, the States?”

For Adams, Henry, and others who came to be labeled as “anti-Federalists,” their loathing of the words “We the People” likely sprung most from the accompanying implication that the states, the levels of government considered most fundamental under the Articles of Confederation, were apparently being subordinated to a national government. Reading their words today, however, they seem prescient in more than one way. They seem to have anticipated a fear that came to occupy many political minds of the 20th century (Senator Daniel Patrick Moynihan’s being arguably foremost among them): that fewer and fewer mediating institutions—whether they be states, like Adams and Henry wrote of, churches, or little league teams—would exist and, in turn, there would be an ever-receding buffer between the amorphous concept of “the people” and their nearly all-powerful national government.

In addition, the phrase betrays another ever-accelerating tendency in American political history: the effort to equate what is closest to the whims of the public, what happens to be polling best, with “what is right” or “what is best” for the country. Although this inclination occasionally attracts a few voices of dissent—with Senator Ben Sasse’s recent Wall Street Journal essay mentioning a potential repeal of the 17th Amendment being one possible example—this remains the default outlook in most corners.

Closely related, of course, is the idea that invocations of constitutional principles—rather than appeals to what is considered best for “the American people”—are increasingly unpopular. It is hardly uncommon to hear it argued that there is no constitutionally-minded political party (or even intraparty faction) in the United States today. While this might surely be confirmed by survey data, to dig through the numbers might strike many as unnecessary. Instead, looking to the scorn fielded by, for instance, Congressman Thomas Massie (from both sides of the aisle) when he called for a closer examination of federal spending during the Coronavirus (COVID-19) pandemic might suffice. So, now that platitudes about the Constitution have perhaps fallen out of favor, they have been readily replaced by platitudes about the demos.

Finally, at this juncture in American history, to use this phrase is perhaps particularly absurd. The American electorate is truly bipolar. In 1968, Commentary editor Norman Podhoretz observed that the two most popular films of the day were The Graduate and John Wayne’s The Green Berets, as evidence of the chasm in preferences between dueling strands of Americans. However, today, the extent of differences between Americans is likely even more pronounced, with the gap between say Baton Rouge and Montpelier being likely as stark as between Madrid and Bilbao. So to speak of “the American people” as some sort of monolith—when, at times, it seems MSNBC and Fox News are discussing two entirely separate nations—comes across as nothing short of dislodged from present reality.

All of this notwithstanding, with only a few weeks remaining between now and election day—among the various twists and turns that are sure to take place—it is also likely this will be a record-setting period for employing this favorite political platitude. Although it faces stiff competition from other tired phrases that our discourse could stand to rid itself of (“push back against that,” “nothingburger,” “lean into,” etc.), “the American people” still manages to stand out in particular.

One thought on ““The American People”—a Phrase Worth Discarding”