For This Black Woman, the GOP Feels Like Home 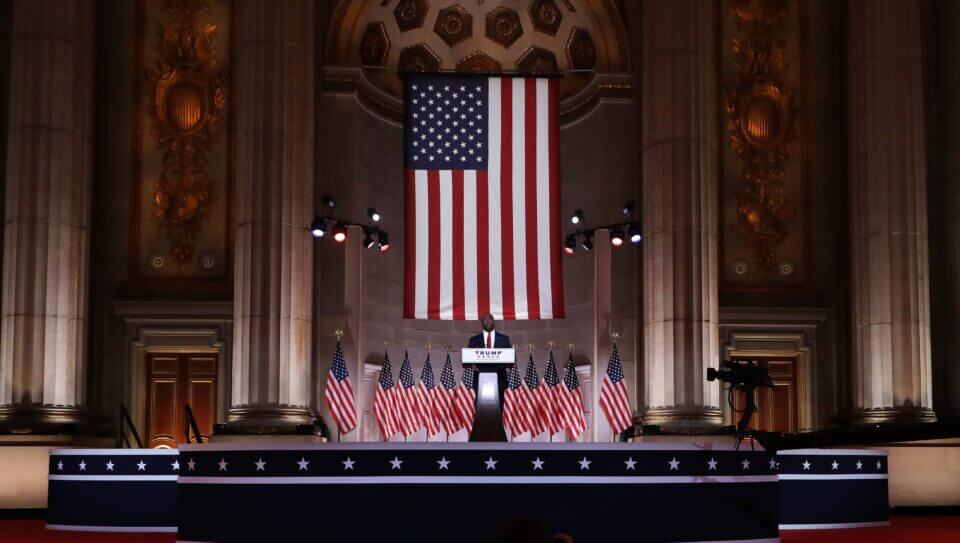 “Suddenly, the Grand Old Party was no longer seen as white, privileged, and wealthy. Instead, it was truly the party of social justice, freedom, economic opportunity, and the American Dream.”

To be honest, I usually do not watch either convention. This year, however, since programming is thinner due to the Coronavirus (COVID-19), I turned to the RNC this past week. Once I tuned in, though, I was mesmerized by all of the personal stories from ordinary Americans as they underscored how they had directly benefited from Presidents Trump’s policies over the past three-and-a-half years.

Apparently, I was not the only one. The opening night of the RNC drew six times more viewers on C-SPAN’s livestream than the DNC the week before. According to a Hill report, around 440,000 people watched the first night of the GOP’s convention, as compared to the only 76,000 viewers who watched the first night of the DNC. However, what captivated me, in particular, was that so many minorities shared how President Trump’s policies had helped them. Suddenly, the Grand Old Party was no longer seen as white, privileged, and wealthy. Instead, it was truly the party of social justice, freedom, economic opportunity, and the American Dream. Prior Republican efforts to gain traction among minorities resulted in promises but little action. This President—while still on the campaign trail—had said to minority voters, “What do you have to lose?” He then implemented more policies that advanced the needs of minority communities than any other American president in modern history.

Wall Street Journal columnist Kim Strassel put it this way: “The GOP on display was an array of African-American officials, sports icons and civil rights leaders, Latina businesswomen, Native Americans, Cuban refugees, powerhouse female politicians, dairy farmers and loggers, newly-sworn-in immigrants, union workers, and an openly gay former acting director of national intelligence. It was an optimistic presentation, too—a celebration of the party’s width and depth. And the GOP didn’t just celebrate its minority voices, it led with them.”

This is the next generation GOP. It is diverse, fresh, informed, and is welcoming to political trail blazers. We represent every race, gender, and people of all socio-economic statuses.

I want to highlight a few of the speakers that resonated with me. Their stories were incredible and compelling. And, as for the topics during the convention, nothing was off the table. Racism, police brutality, struggling small business owners, abortion, faith under fire, the pursuit of the American Dream, prison reform, and immigration were all brought into focus.

Former NFL player Jack Brewer, a lifelong Democrat, was powerful and compelling: “I’m fed-up with the way [President Trump is] portrayed in the media, who refuse to acknowledge what he has actually done for the black community.” Brewer continued: “For the sake of our children, policies must take priority over personalities. So, because you have an issue with President Trump’s ‘tone,’ you’re going to allow Biden and Harris to deny underserved black and brown children school choice?”

The convention did not shy away from difficult subjects but, instead, highlighted them front and center. It was a bold and innovative move. It showed a departure from a stodgy past to a fresh, informed, and inclusive present.

I was also impressed with Abby Johnson, a pro-life author and former Planned Parenthood clinic director in Bryan, Texas, who powerfully articulated the “smell of abortion” and the ugly racist, eugenicist legacy of Planned Parenthood.

Then, there was South Carolina Senator Tim Scott, who had one of the most memorable lines of the convention: “My family went from cotton farmers to Congress in one lifetime.” But, for me, Daniel Cameron, the 34-year-old Kentucky Attorney General, made the most compelling case of the convention for Democrats not taking the black vote for granted. He also suggested that blacks are not a monolithic voting bloc: “I think often about my ancestors who struggled for freedom. And as I think of those giants and their broad shoulders. I also think about Joe Biden, who says: ‘If you aren’t voting for me, you ain’t black.'” Cameron went on: “[Biden] says there is ‘no diversity’ of thought in the Black community…You can’t tell me how to vote because of the color of my skin.”

And there were others. The convention featured a clip on New York public housing woes. The video highlighted three minorities in New York City frustrated with public housing. One of the black women shared that “illegal immigrants” were being placed in public housing in front of black Americans who had been on waiting lists for affordable housing for ten years. All three commented that the Trump administration stepped up to improve public housing projects, while New York City Mayor Bill de Blasio had failed them.

In all, the diversity and authenticity of the speakers was heartwarming, informative, and welcome.

Returning for a moment to Strassel, The Wall Street Journal writer I mentioned earlier, in that same piece, she highlights the following: “So, it’s strange that the GOP president who has been relentless in promoting policies that benefit minorities is the one the media brands most racist of them all. There was the First Step Act, which reformed sentencing laws; more than 90% of those who have had their sentences reduced are black Americans. The president in 2018 made historically black colleges and universities a priority, moving the office of Initiatives to HBCU to the White House, putting new money into loans and funding. His tax law created opportunity zones that funnel private investment to inner cities. He has doubled down on school choice, an issue with 68% support among blacks and 82% among Latinos, according to a Federation for Children poll. His economic policies produced record-low black and Hispanic unemployment.”

This is the next generation GOP. It is diverse, fresh, informed, and is welcoming to political trail blazers. We represent every race, gender, and people of all socio-economic statuses. We embrace the American dream, freedom of speech and religion, and economic prosperity for all. President Trump’s track record of historic employment rates, historic business growth, and an expanding black middle class is impressive. The establishment wing of the GOP might still fight against him, while Democrats labor to keep his accomplishments from being noticed and fully appreciated.

But all the while, his commitment to the black community did not waiver, despite our meager 8% support in 2016. I am glad that President Trump believes in second chances. As a black community, I hope we can return the favor and vote for the President in higher numbers this November. As for this black woman, the GOP feels like home.

Victoria Lynch is the author of Trump Wins in 2020: (With the Popular Vote).

2 thoughts on “For This Black Woman, the GOP Feels Like Home”