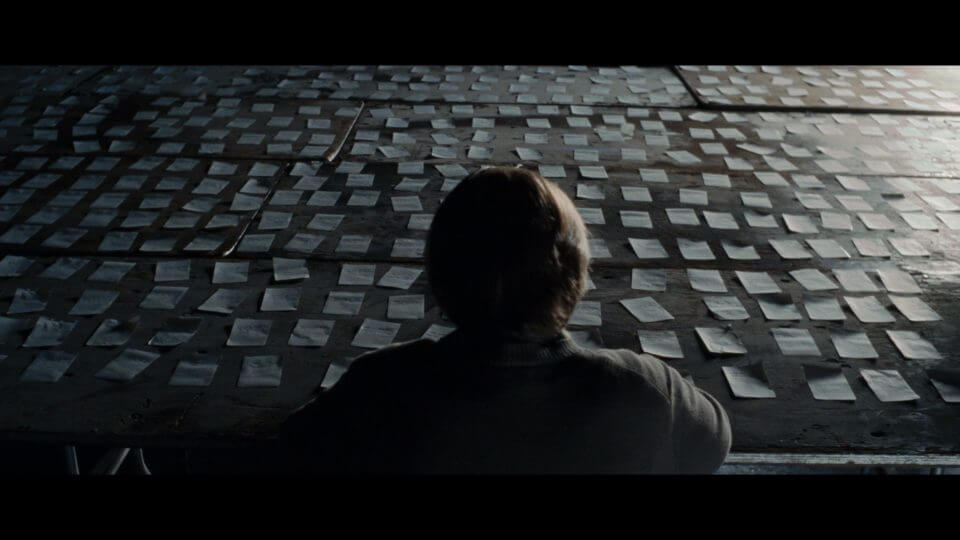 “Something very similar—and, only slightly less surreal—is currently happening in the Republic of Croatia.”

The classic 2008 Charlie Kaufman film Synecdoche, New York is about a frantic theater director who undertakes an insanely ambitious project of replicating New York City in a massive Manhattan warehouse. The warehouse turns into a copy of the city itself, which—like a Russian Matryoshka doll—contains a copy of the warehouse within the original warehouse. The professional actors who participate in the director’s project (as decades go by and the director’s warehouse threatens to replace the whole New York City) get their own actors, who then play the parts of the old actors. By the time an unknown disaster hits New York City, the director’s microcosm had become so sophisticated that it made the existence of the real New York City simply unnecessary.

Something very similar—and, only slightly less surreal—is currently happening in the Republic of Croatia. The latest example of this process is the victory of the Croatian Democratic Union (HDZ) at the parliamentary elections held last Sunday, July 5th. HDZ won with just over 37% of votes cast and can now constitute the government practically alone.

The symbiotic relationship between political elites and institutions will not perceive itself as a part of the society but, rather, as the society itself. New York is gone, but the warehouse lives on.

According to the 2011 census, Croatia is a country of 4 million people. In reality, though—and this will become evident by the time of the 2021 census—hundreds of thousands of mostly young people have fled Croatia since 2013. This was the year, of course, when Croatia became a member of the European Union, and these young people went abroad to seek work in more prosperous European countries. Causes for this exodus are numerous; however, one of the most significant factors is likely the toxic touch of politics that permeates everyday life in Croatia. For instance, if one is looking for a desirable job in Croatia, this usually requires membership in one of the handful of ruling political parties, of which HDZ is the most powerful. And this negative business climate not only drives out foreign investors but also young, well-educated Croats.

At the same time, while partly responsible for declines in the nation’s population, HDZ also insists on increasing the state apparatus. For example, the overgrowth of unnecessary bureaucrats in Croatia has become so expansive that it is suffocating the national economy. The symbol of the superfluous bureaucrat even has its special neologism: uhljeb. This term is derived from the word “bread”—as in “give a person a job where he is not actually needed—and does not have to work too much—so that he can have his daily bread.”

In other words, the total number of Croatian citizens is smaller than ever, but the total number of extra bureaucrats (who received their positions due to their membership in—or closeness to—one of the few ruling parties) is greater than ever. Despite its victory this month, HDZ received tens of thousands of votes fewer than it did at the last parliamentary elections in 2016. One might wonder how this is possible. The answer is easy. The voters who show up to the polls, even when the elections were held prematurely, in the middle of the summer—when a large percentage of Croats are vacationing on the Adriatic coast rather than contemplating political platforms—are the members of establishment parties such as HDZ. Those making their way out to vote are also the family members of these politically-connected individuals, many of whom earn their living—indirectly—as a result of their party membership. So, the equation is clear: First, there are fewer and fewer people in Croatia. Second, even fewer people are participating in elections. However, a greater and greater share of the remaining population continues to vote for political perpetuum mobile, which enables them to live well while doing next to nothing, as they capture clerkships and other positions of sinecure.

HDZ’s electoral success—though the party is nominally conservative—is neither a victory for the Right, nor a defeat for the Left. HDZ is—just like its counterpart, the nominally left-leaning Social Democratic Party of Croatia (SDP)—a mechanism for maintaining the status quo. HDZ is falsely conservative just as SDP is falsely socialist. They are merely two faces of the same coin, substantially unchanged from the communist times until today. With that said, some Croats must be taking notice because the Croatian political arena has never seen such a blooming of anti-establishment political options: from the right-wing Homeland Movement (Domovinski pokret) and conservative Bridge (Most) to the left-wing We can! (Možemo!) party. The unfortunate irony, though, is that those parties—even if all united together—would still be utterly unable to endanger HDZ’s reign.

For now, Croats will have more of the same—but in the circumstances eerily approaching Kaufman’s vision. After the 5.3-magnitude earthquake hit Croatia in March, the streets of Zagreb even appeared like the half-ruined New York depicted in Kaufman’s film. And, a few short months later, this July’s election was the first time a Croatian parliamentary election had a voter turnout below 50%. Among other reasons, there were, indeed, fewer polling stations available in Zagreb as a result of the earthquake’s effect on the city’s buildings. From an earthquake, to a pandemic, to Croats looking to enjoy a bit of summer at the seashore, the conditions aligned perfectly for a depressed voter turnout.

So what does the future look like for Croatia? In a grotesque Kaufman-esque scenario, more and more Croats may disappear from the democratic process and the country itself. This would all take place as the state-within-a-state (the conglomerate of the establishment parties and state apparatus) transforms Croatia into its simulacrum. The symbiotic relationship between political elites and institutions will not perceive itself as a part of the society but, rather, as the society itself. New York is gone, but the warehouse lives on. Ovid, Kafka, and Kaufman wrote about metamorphosis. But could they predict the metamorphosis by which the deep state suddenly becomes the state?.

Matija Štahan is a Croatian journalist and essayist.