When Censorship Is Outsourced to the Private Sector 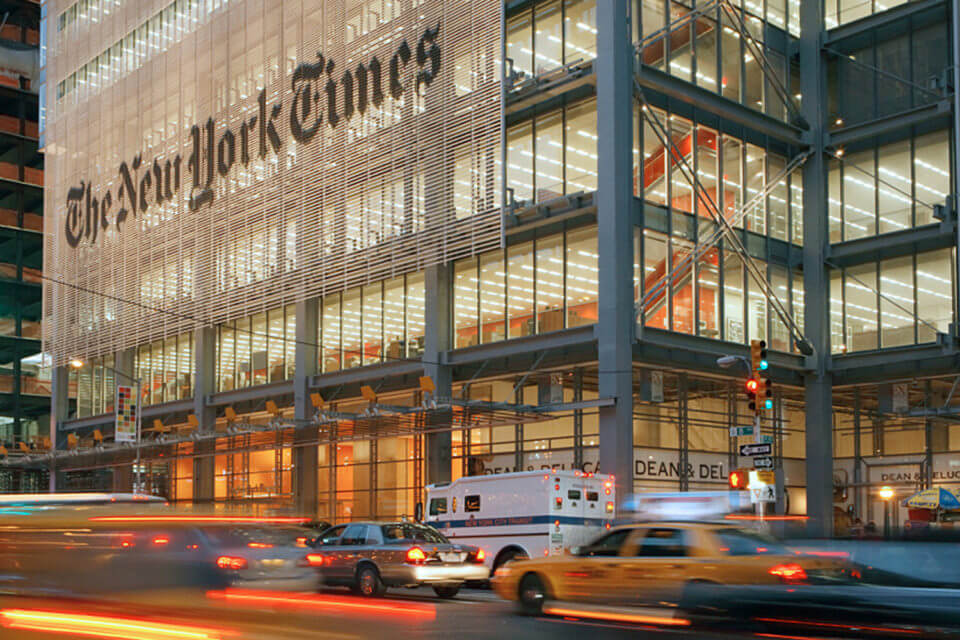 “Our commitment to the rights of others to express themselves, even if they hold heinous beliefs, is something uniquely American, and it is perhaps the finest piece of our cultural heritage.”

If I had to pick one thing the United States does better than any other nation, I would have to go with free speech. The American commitment to free speech is legendary, codified by the First Amendment, which guarantees all Americans the right to worship, peacefully assemble, and otherwise express themselves without fear of government censorship.

As legal protections for freedom of expression go, the First Amendment remains the gold standard worldwide. We often take this for granted and forget that most people in the world do not live under these same conditions. Hold the American stance on freedom of speech in contrast with that of Iran or Saudi Arabia, where blasphemy is punishable by death, or China, where one-to-three million members of an ethno-religious sect are packed into concentration camps for crimes as spurious as abstaining from alcohol.

If picking on theocracies and dictatorships strikes one as low-hanging fruit, recall that Europeans also live with less freedom of expression. A British man was arrested and fined in 2018 for posting a YouTube video that showed his girlfriend’s pug performing Nazi salutes, for example. By comparison, the American Civil Liberties Union has used the First Amendment to successfully defend the rights of Civil Rights protesters and neo-Nazis alike to assemble in public.

Our commitment to the rights of others to express themselves, even if they hold heinous beliefs, is something uniquely American, and it is perhaps the finest piece of our cultural heritage. Unfortunately, it is a commitment we seem to be turning our backs on—and the First Amendment is often used as a moral license to do so.

Such a view, while legally coherent, ignores that free speech has a cultural component as well—one that needs constant maintenance if it is not to fall into disrepair.

The First Amendment guarantees one freedom from government censorship; it does not establish the positive right to speech. This is as it should be, as anything more would require the compulsion of others to either hear or facilitate another’s speech. However, this allows people to take a narrow view of freedom of speech as being merely freedom from government censorship. We might call this the “showing you the door” strain of free speech thought. Such a view, while legally coherent, ignores that free speech has a cultural component as well—one that needs constant maintenance if it is not to fall into disrepair.

That component might be described as a willingness to err on the side of permissiveness when it comes to public discourse—or perhaps an understanding that we generally tend to benefit from living in a culture where people can push boundaries without intolerable social and economic risk. Its bedrock values are charity, humility, and tolerance.

When I speak of a threat to free speech culture, I am referring to the newly enabled impulse to defenestrate and defame people, often for trivial transgressions, sometimes years after the offense—“cancel culture,” if you must. It is distinct from free speech culture in that it does not seek to confront opposing views but rather looks to erase them, often in ways that are financially or personally ruinous for the offending party. It is the self-righteous, vindictive justice of the mob.

As anyone who knows anything about humanity will report, this is not new behavior. On the contrary, it has been more the rule than the exception. But it does seem exacerbated and facilitated by modern life, especially by the Internet.

As more and more of life moved online, the Internet became easily searchable, permanent, and largely public. This migration—the result of social encouragement to live in full view of your friends, casual acquaintances, and advertisers—has spawned a panopticonic social archive that can easily be turned against one. These are conditions unique to life in the 21st century that many adults, let alone children, seem understandably ill-adept at navigating.

When paired with the rapid mutation of norms (also aided by the Internet) surrounding acceptable speech and a mob mentality incentivized by social media and click-hungry outlets, this creates an environment ripe for reflexive, post-hoc defamation, to which even—or more accurately, especially—powerful liberal institutions (the very same tasked with guarding free inquiry) are showing little resistance.

But the future consequences will be unseen: the important medical studies that are not conducted; the bold art that is not created; the policy failures that cannot be named, much less halted.

In such a hostile environment, the obvious choice becomes to abstain from speech that not only is controversial but also that which might someday be controversial. (The exception being those who are financially immune to cancellation and can, thus, be afforded public free thought.) This is clearly at odds with a culture of free speech, in which ideas can be freely debated, and people can change their minds over time.

We are already seeing the consequences: authors pulling their own books from publication for excruciatingly trivial offenses; professionals being fired for sharing objective research that supports unhappy findings. But the future consequences will be unseen: the important medical studies that are not conducted; the bold art that is not created; the policy failures that cannot be named, much less halted. From this vantage point, the future looks bleak, the province of the anodyne and ineffectual.

Censorship Has Been Outsourced to Private Actors

Much like the social surveillance system under which we live (voluntarily, it must be said), the modern thought police regime is not a product of the state. Censorship has been outsourced to private companies and zealous volunteers, who are themselves often exercising their free speech rights in the course of policing others’ speech. From a legal standpoint, this is, of course, distinct from government censorship and, thus, not a First Amendment issue. No one has a right to a subreddit or a Twitter handle or a New York Times op-ed. (With that said, it is particularly jarring to see ideally liberal institutions, whether it be The New York Times or universities, becoming censors rather than supporters of a free speech culture.)

Yet it would be a mistake to say that these companies and individuals do not or cannot pose a threat to free speech in the broader, cultural sense. To argue this, one would have to ignore the market power of the relatively few actors that control the channels of speech in the modern era. The collapse of local media and the consolidation of firms within the industry, for example, have endowed the remaining actors with the power to filter the coverage of events and viewpoints that millions of Americans are exposed to. Do you trust them not to use it?

Over half of Americans get their news through Facebook, which is known to have manipulated users’ feeds to alter their emotions. Some 80% of search engine traffic flows through Google, home to famously opinionated, activist employees. About a quarter of journalists turn to Twitter—the use of which has been shown by at least one study to affect journalists’s judgement of newsworthiness—as their primary news source. The case of social media platforms and search engines is particularly illustrative of the way private actors can impact the climate of free discourse: While they are private actors that users engage with of their own volition, network effects are built into their business models, meaning once established, they are not as vulnerable to competition as other businesses and products are.

These companies are well within their legal rights to create their own policies and remove content that violates them, to algorithmically promote or suppress content on their properties, or to flag content as misinformation if they deem it to be so. But to deny that in doing so they might chill, stifle, or otherwise alter free expression is fanciful.

There Are No Easy Fixes

Part of the irony of this problem is that addressing it in the most straightforward way (using policy or regulation) would actually represent a huge step in the wrong direction. Do I worry about the market power of companies that control the modern channels of speech? Yes, especially given the political power dynamics at play in many of our most powerful institutions. Do I think media polarization is dangerous and bad? You bet. But maintaining the independence of private actors and thus the core of the First Amendment is more important than the pursuit of an ephemeral unbiased public sphere.

That is fine because this is not a policy problem. It is a cultural problem, and it requires a cultural solution: a revival of free speech culture and the virtues upon which it rests. We need to check our instincts to banish things we do not like, and we need to voice our skepticism of those who over rely on the power of censorship. (It would probably also be a good idea for individuals to rethink how they use the internet.)

I know this is a lot to ask, especially under the conditions of the digital age. But I have hope. Cultural free speech is a core American value and a key component of life in a pluralistic society. If anyone is going to defend it, it will be us.

One thought on “When Censorship Is Outsourced to the Private Sector”