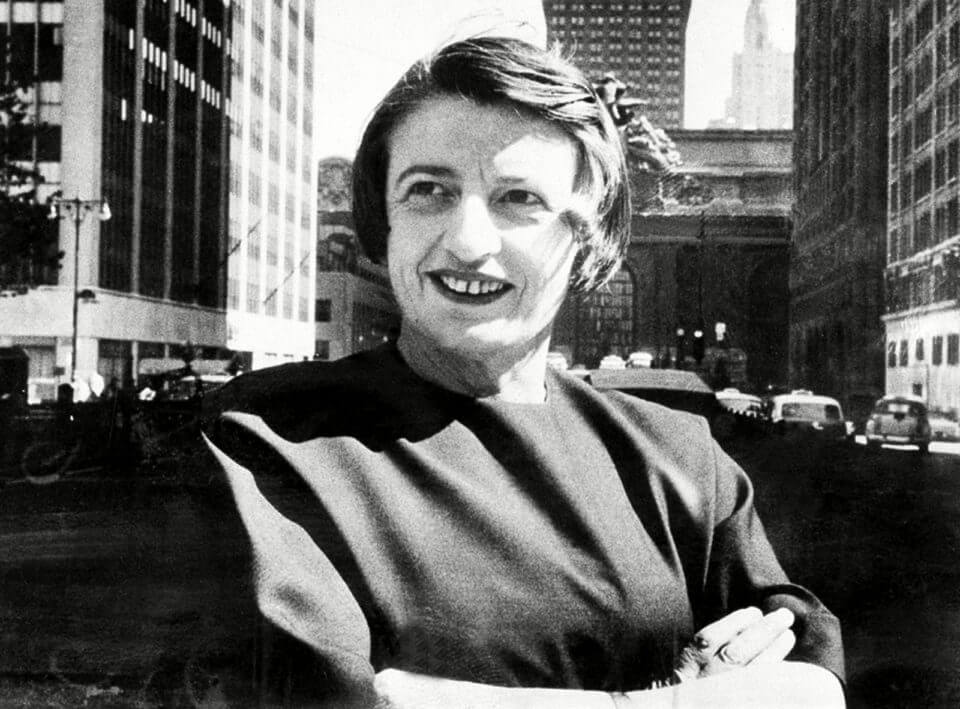 “One of the defining features of the reactionary outlook is how thin its conception of life’s meaning is, and this, in turn, explains why reactionaries tend to be so anxious about it all falling apart…”

“It is not I who will die; it is the world that will end.”

– Ayn Rand, citing one of her favorite expressions

Rarely have so many concerned themselves with the politics of meaning. This is particularly true of the many reactionary figures who have emerged in our time, particularly post-modern conservatives. As far back as 2016—a lifetime ago, it seems—the conservative essayist Michael Anton  described the culture war in the United States as being caught in an endless cycle of decline and fall brought about by progressive forces. So pervasive had progressives’ influence become, Anton argued, that even conservatives were increasingly willing to go quietly into the night. This he described as the “mark of a party, a society, a country, a people, a civilization that wants to die.” More recently, R.R Reno, the editor of First Things, condemned the strict measures in place to moderate the Coronavirus (COVID-19), describing them as symptomatic of a culture “that places fear of death at the center of life.” And, of course, there are the endless complaints about “dangerous” academics at elite universities propagating nihilistic, post-modern philosophies.

Upon reviewing these often shrill polemics, one might expect that reactionaries would be acutely sensitive to the politics of meaning, and that they would be leading the struggle against cultural nihilism. However, in fact, I believe the opposite to be true. One of the defining features of the reactionary outlook is how thin its conception of life’s meaning is, and this, in turn, explains why reactionaries tend to be so anxious about it all falling apart, an idea I will explore in this brief essay.

It is important, first and foremost, to stress that the reactionary impulse is an outlook, rather than a developed political philosophy. Consequently, reactionaries can be found to hold a mishmash of metaphysical and historical views. Some reactionaries are devoutly religious traditionalists, while others are militant atheists. Reactionaries such as Nietzsche might heap scorn upon vulgar economic reasoning, while others like Ayn Rand may romantically praise capitalists as “creators and producers.” However, all reactionaries dispositionally share much in common. The reactionary sees existence as a fundamentally threatening place, with meaningless chaos being the norm rather than the exception. For reactionaries, existence is an anorexic god, endlessly hungry and always on the verge of imploding from its own lack of substance. This god can only be preserved by applying great strength. This gloomy outlook also extends to the vast majority of humankind, who lacks the strength to bring much of value into the world. This is the “herd” in Nietzsche’s terminology, “second handers” in Rand’s, and the “inferior” as Ludwig von Mises put it. This reduction of most people to beings of minuscule worth implies that a majority in a society cannot—and should not—be given a great deal of power over the direction the society takes. Those who should have such power are the so-called superior men: individuals who possess the character and strength to create an enduring and stable order, which provides the herd with a sense of purpose while also keeping them in line.

In a more crude form, reactionaries may decry that a culture has become too dominated by “feelings,” rather than reason. But this always excludes the emotions reactionaries cherish.

Each reactionary has a different conception of what the superior man is, though there are many commonalities. The most important is that the superior man is not a figure of Aristotelian moderation—let alone a humble and self-sacrificing Christian. Indeed, one of the great ironies of traditionalist reactionaries is their tendency to invoke fear of a declining homogenous Christian order, while talking a great deal about “war” and enforcing “order.” This, after all, is not exactly following in the footsteps of the lamb of God. The superior man is also typically just that: a man. The reactionary imagination is typically parasitic on the culture it reacts against, which, invariably, means drawing liberally from the clichés and prejudices of the time. This means that many reactionaries, including women, tend to be misogynists. They castigate so called “effeminate” qualities like compassion and empathy, while still insisting that most men are not stereotypically masculine enough. In a more crude form, reactionaries may decry that a culture has become too dominated by “feelings,” rather than reason. But this always excludes the emotions reactionaries cherish. These emotions include anger, competitiveness, pride, etc. And emotions such as these are usually associated with a particularly repressed form of masculinity. Finally, reactionaries tend to revere strength, though not necessarily of character or virtue.

The strength reactionaries admire is the capacity to impose one’s will upon the world, which, at its zenith, refers to the ability to compel or dominate others to bring them in line with the necessary order. This means that reactionaries tend to support hierarchical forms of political organization, with the exact form depending on whom the reactionary reveres as strong and who they castigate as unworthy. For early modern defenders of absolutism such as Robert Filmer and Joseph de Maistre, God had dictated that the aristocracy be in charge. With declining faith in theological arguments in the 19th century, reactionaries began to cherry pick more rationalistic sounding arguments about the superiority of their chosen culture. Or, at worst, they sought to develop scientific explanations for racial prejudice. In our day, many reactionaries insist that the secularized theological power of the invisible hand operates across the market to sort worthy creators from unworthy second handers. In doing so, the invisible hand bestows wealth and power on the former, while the latter is left to do the mundane work needed to keep the world turning. In each instance, it is only a small elite with the strength to maintain order that prevents the world from slipping into the vulgarity and chaos that would be associated with rule by the unworthy masses.

One might respond to this by observing that—even if this ideal time did exist—it must not have been as spectacular as the reactionary supposes. Otherwise, it would not have been abandoned.

This brings me to the paradoxical approach to meaning at the center of the reactionary outlook. Reactionaries position themselves as opposed to the nihilism of the modern world, which has, without exception, decayed from some nostalgic ideal lost to history. One might respond to this by observing that—even if this ideal time did exist—it must not have been as spectacular as the reactionary supposes. Otherwise, it would not have been abandoned. If traditionalist Christian civilization—or unbridled 19th century capitalism—were such meaning saturated societies, then why did people rebel against them en masse, demanding dramatic changes? But this possibility is never entertained, with reactionaries much preferring vague but affective narratives of decadence, vulgarity, and a steep decline from greatness. More importantly, the often shrill denouncements of modern nihilism display how little meaning many reactionaries think the world actually has.

For the reactionary, the modern world is portrayed as dramatically fallen and drained of meaning. This is because—unless the superior men and the right hierarchy are in place—the omnipresent threat of chaos and decline is all that can take their place. Modernity is damned precisely because it has ceded too much to the unworthy. The remarkable thing about this is just how fragile the reactionary’s sense of the world’s meaning is. The reactionary’s tremendous emphasis on strength and accomplishment displays an impotent fascination with bigness and grandeur that ignores the small but divine ways in which many ordinary people struggle to make life better for themselves and others.  One of the reasons reactionaries despise the democratic culture of the “masses” is precisely because it directs our attention to the mundane needs that actually make up our lives. This often takes the form of a cooperative effort at gradually improving our communities and the world around us. The reactionary has no interest in that, solipsistically believing that unless the truly worthy are in charge (and the right order enforced), existence is leeched of significance.

This simplistic retreat from the complexity of the world demonstrates the existentially thin quality of the reactionary outlook. When commenting on Ayn Rand, Corey Robin, the Brooklyn College political scientist, observed that her bastardization of Aristotelian syllogisms such as A=A—combined with her relentless self-promotion—revealed more than she may have intended. Rand was attracted to a world where everything simply was what it was. She focused relentlessly on herself, while expressing scorn and disdain for the vast majority of people who came before and after her. She was convinced that when she died—for all intents and purposes—the world ceased to exist. The only meaning that one could find in life came from oneself, paired with the private aspiration for romantic greatness as a heroic figure raised above the masses. This nihilistic outlook, along with its reactionary kin, worship an anorexic God, and we should reject their idolatries.

3 thoughts on “Understanding the Reactionary Outlook”