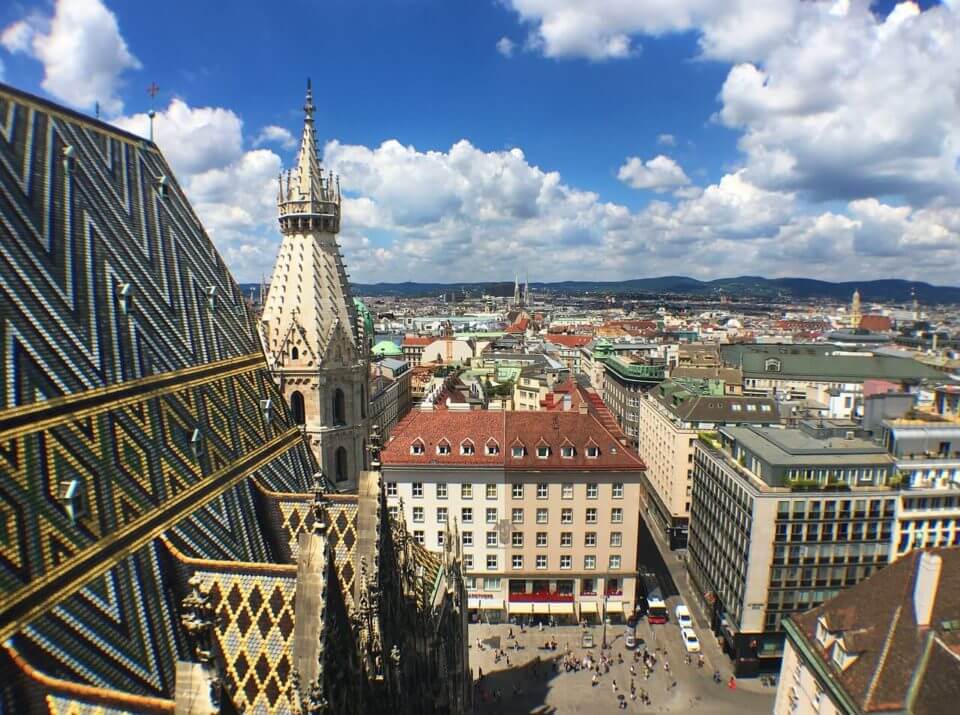 “White-shaming is a political tactic aimed at invalidating the opinions and experiences of people of European descent. Premised on a belief in collective guilt, it judges white folks not by the content of their character but by the color of their skin.”

Prior to the advent of modern identity politics, I had never really thought much about race. In fact, growing up, I was taught to ignore race: to look beyond a person’s skin color and to see the individual instead. But, as of late, I have repeatedly found myself in situations where my identity, being a white man, was held against me. Whether in my field of academia or in cultural spaces, policies to promote “diversity and inclusion”—and the fact that anti-white sentiments can now be expressed with impunity—have left me with the impression that there is something inherently wrong with being white. This has put me on the defensive and forced me to reassess my taken-for-granted “racial identity.”

Is race even real? While there is some merit to the claim that racial categories are, in part, socially constructed, there are undeniable morphological differences between people whose ancestries trace back to different world regions. It is usually rather easy to tell a black person from a white person, for instance. If this were not the case, race-based affirmative action and other such policies would be impossible to implement. Furthermore, it has been “discovered that human populations are genetically distinctive in ways that correspond to self-identified race and ethnicity,” as the political scientist and sociologist Charles Murray writes in his 2020 book Human Diversity: The Biology of Gender, Race, and Class. In short, race is not an optical illusion; it is an immutable characteristic. And it is not just skin-deep.

If we treat people as individuals rather than as members of a group, race fades into the background.

None of this, however, suggests a racial hierarchy, nor does it have direct moral or political implications. Equal treatment does not require sameness. If we treat people as individuals rather than as members of a group, race fades into the background. In the words of the neuroscientist-cum-philosopher Sam Harris, “There is much more variance among individuals in any racial group than there is between groups.” Yet, the view that white people should be ashamed of their race, or should atone for past injustices committed by people with the same skin color, has become a common trope in our public discourse. A particularly cringeworthy display of that sentiment, known as “white guilt,” has recently been captured on video showing a group of white people kneeling before black people to ask forgiveness from the black community.

White-shaming is a political tactic aimed at invalidating the opinions and experiences of people of European descent. Premised on a belief in collective guilt, it judges white folks not by the content of their character but by the color of their skin. The reasoning behind such blatant racism appears to stem from the fact that whites have historically suppressed other races. From this, it is deduced that modern majority-white societies are bastions of white supremacy, altogether ignoring the exceptionally low levels of racism in advanced Western countries. This view has found its way from the United States to Europe, where it makes even less sense. After all, whites are indigenous to Europe. It is, therefore, not surprising that they are the most prevalent group on the continent. But are they entitled to “indigenous rights”?

European white nationalists answer this question in the affirmative. For them, race is about blood and soil, clearly insinuating prejudice and tribalism. Indigeneity, however, is not generally considered a racist concept. Indigenous movements in the Americas, for instance, find wide support among anti-racist activists. The stark contrast between the colonial histories of white Europeans and the indigenous peoples they subjugated legitimizes these movements. But this does not change the fact that indigenous groups claim privileges based on their ethnic heritage, which is closely tied to their race. Indeed, the notion of blood and soil often plays a central role in these movements. So, the question becomes, do indigenous people have a natural claim to land? And, if so, why should autochthonous Europeans be an exception?

One argument against white indigenous rights is that, historically, Europeans have disregarded the rights of other indigenous peoples. But two wrongs do not make a right. Nor do past injustices committed overseas, logically, delegitimize efforts to maintain a racially identifiable majority position in one’s home country. People’s sense of home, after all, is often tied to their perceived racial identity, for two simple reasons: familiarity and continuity. Not surprisingly, many people feel uneasy about fast ethno-demographic change. But does that make them racist?

In his 2018 book Whiteshift: Populism, Immigration and the Future of White Majorities, the political scientist Eric Kaufmann defines racism “as (a) antipathy to racial or pan-ethnic groups, defined as communities of birth; (b) the quest for race purity; or (c) racial discrimination which results in a violation of citizens’ right to equal treatment before the law.” It is not racist to assert that a Europe in which autochthonous Europeans have been reduced to a minority would be less European. The question, of course, is whether there is a real danger of that happening.

The only way such a scenario could play out would be through mass immigration (in conjunction with declining birth rates among native Europeans). However, the reason so many people wish to immigrate to Europe in the first place is precisely because it is European. Europeans have created societies that enjoy a remarkably high standard of living and a tremendous degree of freedom. This has a lot to do with the prevailing political and economic system: liberal democracy. A crucial part of that system, in its modern form, is the principle of equality (in the sense of equal treatment before the law), which prohibits racial discrimination (with the exception of affirmative action).

So, even if Europe chose to maintain a certain degree of racial homogeneity, it could not do so by selecting immigrants based on racial grounds without violating its own democratic principles. What it could do, however, is reduce overall immigration. But the guiding political principle in the West today seems to encourage ethnic and racial diversity as a strength.

There are several problems with this view. To start with, it has racist implications. Not only does it entail discrimination against white individuals; it implicitly equates whiteness with deficiency. Furthermore, it suggests that there is no such thing as too much immigration—the more imported diversity, the better (which, effectively, translates to: the fewer whites, the better). It seems obvious, though, that mass immigration, no matter into which society, puts a strain on social cohesion due to the fact that immigrant groups often have a tendency to self-segregate.

Social cohesion is a strength because it increases social trust, cooperation, and reciprocity. However, when it comes to assessing a stranger’s trustworthiness, people often demonstrate a racial ingroup bias. Such a bias does not necessarily reflect a racist attitude but rather a tendency to interpret visual commonalities as indicating shared norms and values, which is partly why visible ethnic minorities often find it harder to integrate into mainstream society than those able to blend in. Of course, a person’s skin color says nothing about their values or their trustworthiness. But that does not mean it’s sensible to jeopardize social cohesion by ignoring these dynamics in the name of diversity. According to a recent meta-analysis of “1,001 estimates from 87 studies,” there is “a statistically significant negative relationship between ethnic diversity and social trust.”

Nor does it make sense to condemn those concerned with, or opposed to, ethno-demographic change as bigots. Just because many people feel more comfortable around  (or demonstrate a social preference for) members of their own ethnic group, which may just reflect an affinity for the familiar, does not mean they hate everyone else. A love of “Self” does not imply a hatred of “Other.” It may, however, foster prejudice and social division by preventing intergroup contact.

Hearing one’s mother tongue can elicit feelings of familiarity similar to observing recognizable faces. It may even override visual differences, such as skin color.

Aside from interracial marriage, which may eventually lead to racial homogeneity of a different kind (though I doubt it, as this is still very much the exception), one possible pathway to counter the negative effects of racial ingroup bias is by expanding the ingroup. According to Kaufmann, this is exactly what has happened in the United States, where “white American” used to be more or less synonymous with “WASP” (White Anglo-Saxon Protestants) but, somewhere along the line, came to include various other European creeds and ethnicities as well, such as Catholics, the Irish, Italians, and Jews. However, given that non-European groups tend to be morphologically more distinct (most notably in terms of pigmentation), and given that humans are visual creatures, there is no guarantee that the same will work for other populations.

Rather than deny racial differences, we might want to focus on how to bridge them. Language seems to have a positive effect. Hearing one’s mother tongue can elicit feelings of familiarity similar to observing recognizable faces. It may even override visual differences, such as skin color. For instance, when I, an autochthonous European, meet someone whose phenotypical characteristics indicate a non-European ancestry but who speaks the local tongue, I notice my perception of that person change as my brain, subconsciously, moves them from the outgroup into the ingroup category.

Another approach might be to increase public awareness of the fact that individual differences are greater than racial group differences, and that these groups tend to have more in common than what separates them. However, the reality of racial conflict demonstrates that this way of thinking does not come naturally to us. In fact, it seems to grate against our tribal nature.

It is almost tautological to state that racial homogeneity forecloses racial conflict. We need only look at such homogenous societies as Japan or South Korea, where racial tensions simply are not an issue. But what is to be done with that information? The only consistent, clear-cut answer seems to come from ethno-nationalists. But in a modern, globalized world, racial tribalism and segregationism simply cannot be the solution. The goal, I believe, should be a post-racial society, not one based around race and divisive identity politics. But that does not require necessitating a white minority in Western countries, a self-flagellatory wallowing in “white guilt,” or hysterical race denialism. What it requires is an open society with a sensible immigration policy that reflects the interests of the native population (whose collective sense of Self may well have a racial dimension) as well as a humanitarian consciousness.