How Libertarians View the Coronavirus Crisis 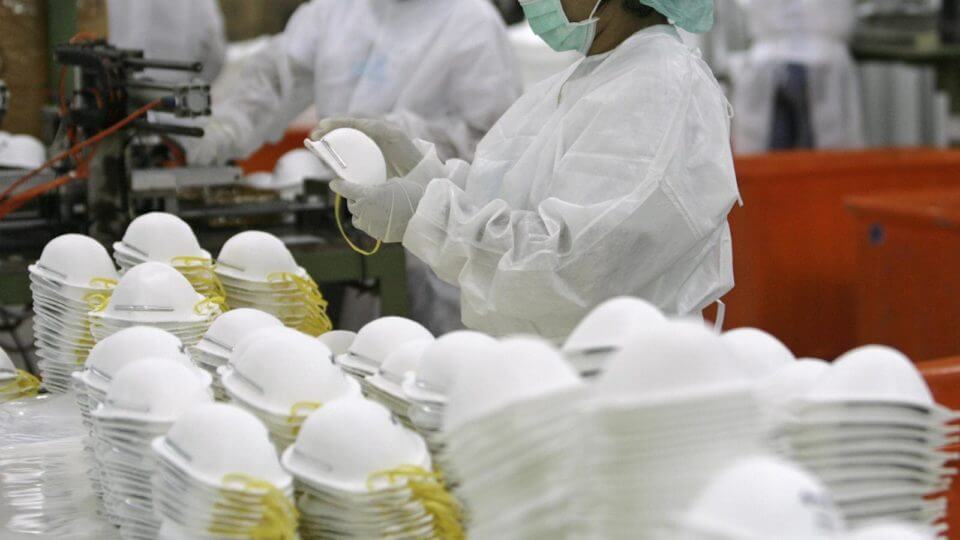 “For those of us who don’t want to go fully off-grid but concern ourselves with the expansion of the state, what might a pandemic response look like?”

It is a mistake to believe, as many seem to, that libertarians are ideologically unequipped to deal with an epidemic. Such an assertion relies on a narrow, cartoonish understanding of modern libertarianism, the ideology of the cabin-bound recluse, who emerges only sporadically (via private road, of course) to exchange gold for raw materials. (Ironically, not a bad strategy at the present moment!)

No doubt, such figures do exist. But, as I’ve written before, most Americans hold libertarian values to some degree or another. For those of us who don’t want to go fully off-grid but concern ourselves with the expansion of the state, what might a pandemic response look like? How would libertarians prefer that governments and businesses deal with the coronavirus epidemic?

As any good libertarian would predict, private industry has risen to the occasion. The maker of the now-popular N95 respirator, 3M, increased production to 100,000 masks per month and is slated to produce them at a rate of 1.1 billion per year.

In a pandemic, regulators can do more by doing less

Perhaps unsurprisingly, many libertarians have been quick to point out that one of the best ways the government can help combat the coronavirus pandemic is to get out of the way. Indeed, the repeal of burdensome regulations and rules, many of which are of questionable utility even under normal circumstances, will help the healthcare system and other institutions efficiently allocate resources and save lives.

To their credit, federal agencies seem to be embracing this mantra, if less aggressively than one might hope. The Transportation Security Administration (TSA), reviled by libertarian types for its ineffectual and intrusive practices, has, for example, loosened restrictions to allow passengers to bring larger quantities of hand sanitizer on flights. The Food and Drug Administration too is showing that it can move with some agility when it needs to. In the past week, it has used emergency use authorization to approve a rapid, portable Covid-19 testing device and to allow Battelle, an Ohio-based science and technology nonprofit, to sterilize 160,000 N95 respirators per day. (The FDA had initially approved Battelle to sterilize only 10,000 respirators per day. After some pressure from Ohio Governor Mike DeWine, the FDA revised the order.)

State governments are embracing deregulation in the face of crisis as well. In my home state of Massachusetts, Governor Charlie Baker has authorized the de facto adoption of the nursing licensure compact, an agreement among 34 states to allow nurses licensed in one state to practice in any of the others. Similarly, in New York, Governor Cuomo has temporarily allowed graduates of foreign medical schools to take part in the coronavirus response effort. North Carolina has temporarily lifted a regulation requiring hospitals to get state Department of Health and Human services approval to add more than 10% of their licensed bed capacity or to relocate beds. None of this is anything but common sense, yet this is exactly the type of change libertarians have been advocating for for decades.

The (qualified) case for active government

Okay, so libertarians think the situation can be improved by less government interference. No surprise there. But it’s also true that most libertarians recognize the necessity of having a central authority—whether or not it’s ultimately the state—to address issues of public health, infrastructure, and other collective action problems. (Tyler Cowen’s doctrine of “state capacity libertarianism” is especially straightforward about this.) That being the case, libertarians should not shy from acknowledging that government agencies have a crucial role to play in combating the coronavirus outbreak—nor from specifying how they think it might most effectively be done.

First, public health agencies are right to shut down as much of society as possible, provided they refrain from Chinese-style authoritarianism. In an ideal world, the public would autonomously decide to quarantine, but it’s impractical to expect that to happen. There is also moral hazard to consider: The communicability of the virus creates tangible externalities, and most libertarians will recognize that centralized authority is the most expedient means of compensating for that.

The sooner we grapple with the situation, the less it will end up costing us — in terms of human lives, money, freedom, you name it. In fact, the slow initial response from public health agencies has made it more likely that extreme measures will have to be taken. People of all political persuasions should hope for prompt, competent reactions by public health professionals.

Having said that, libertarians are rightly sensitive to the propensity of government powers to expand during times of crisis and rarely contract afterward. The aforementioned TSA is the go-to example of a once-legitimate response to a national security threat that has outlived its welcomeness and usefulness. There is potential for much worse to come from this epidemic: The Washington Post reports that the U.S. government is in discussions with tech companies about how to use location data to track the spread of Covid-19.

As China has infamously shown, the technology for dystopian social surveillance already exists. While it has arguably been an effective tool for dealing with the present crisis, it is not reasonable to expect a government to give up this power once obtained. Resisting its implementation, therefore, is a necessity and a matter of political will—hopefully not just for libertarians.

Relatedly, libertarians will want the government to remain transparent about its efforts to combat coronavirus and the toll the disease is taking on society. Transparency will help maintain trust between citizens and government agencies. This, too, started out on less than ideal terms, with the Trump administration having initially classified all coronavirus meetings. State Departments of Health, however, have been great about publishing the latest topline data, all of which is regularly aggregated at covidtracking.com.

Finally, the government should harness the power of the market and take advantage of its own largess when appropriate. One way it might do both that is to offer a large financial incentive for companies to create and mass produce a vaccine under the condition that it will not be patented, which the government could then deliver to the population at no cost to the consumer. Another is to continue to increase testing for the disease. Going forward, government agencies should stockpile ventilators, respirators, and other equipment we now know to have been in short supply for crisis response.

The role of the private sector

Speaking of the private sector, it should keep doing what it does best: innovating to meet the demands of the public and the government; competing to drive down prices and optimize resources; and keeping the shelves stocked.

Regulators should resist the urge to implement price controls, nationalize industries or companies, or otherwise interfere with the production of resources. Instead, they should let distributors figure out how to best ration supplies. There are situations where the market is poorly incentivized to respond to problems. (Climate change is a typical example.) But as far as I can tell, the coronavirus pandemic is mostly creating demand among consumers that aligns with public health goals: People are rushing to buy masks, food, and other supplies to weather the storm in quarantine.

As any good libertarian would predict, private industry has risen to the occasion. The maker of the now-popular N95 respirator, 3M, increased production to 100,000 masks per month and is slated to produce them at a rate of 1.1 billion per year. Other companies are moving into the production of personal protective equipment. As an example, New Balance, an athletic apparel company, has set its U.S. factories to the task of designing and manufacturing masks.

Pharmaceutical companies around the world are responding to the crisis with alacrity, quickly devising improved testing methods. On March 27th, Abbott Laboratories, based in Abbott Park, IL, announced the development of a testing kit that can return a positive result in five minutes and a negative result in 13. The company plans to deliver 50,000 tests per day to the U.S. healthcare system and already has FDA approval.

Beyond producing medical equipment, private companies can help combat the epidemic by allowing people to maintain social distancing. That may mean canceling or postponing large events, accommodating telecommunication for employees or clients, and more. When it makes sense for them to do so, they should also engage in philanthropy.

3 thoughts on “How Libertarians View the Coronavirus Crisis”