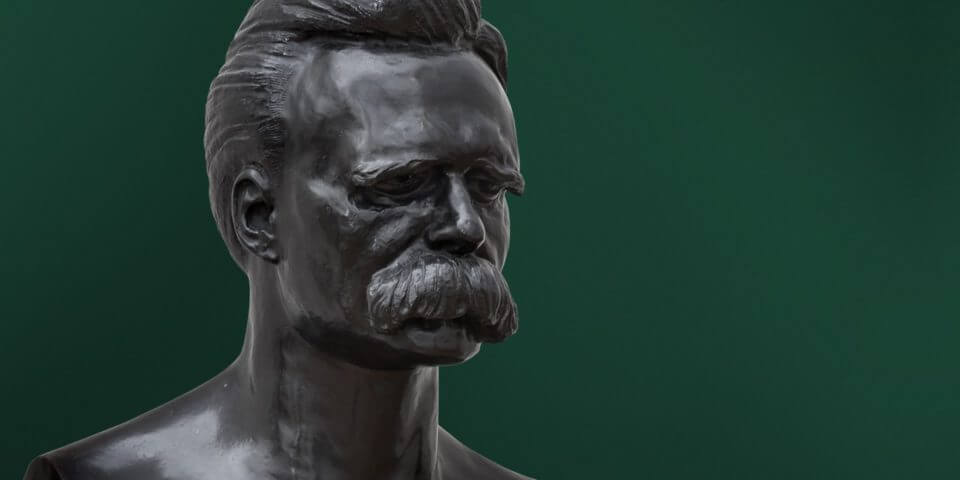 “All of this culminated in the works of Nietzsche, who rejected the ontological and moral truths of monotheism, while retaining their stress on individualism.”

Many religious figures are very critical of post-modern culture, and with good reason. However, these analysts often are very selective in their treatment of how the movement emerged. The typical narrative is that there was a period of genuine faith and devotion from which we have radically deviated, with serious consequences for our moral and personal outlooks. Sohrab Ahmari’s apocalyptic dramas are very representative. Unlike more robust analysts, very few of these (usually conservative) religious criticisms of post-modernity look at how monotheism and faith may have actually contributed in profound ways to the culture they now criticize. In this short article, I want to reflect on Christian monotheism, in particular, and how it helped to frame the emergence of a culture many conservative Christians claim to detest. This may provide insight into understanding our contemporary climate.

Unlike some religious commentators, I argue that the potential for secularization was latent in many monotheistic faiths to begin with. Few figures display this more dramatically than St. Augustine, the tremendous Christian philosopher who revolutionized theology in the 4th and 5th centuries as the Western Roman Empire fell. Augustine’s tremendous innovation was his movement away from seeing human relationships to the divine as discoverable in nature. Instead, in The Confessions, the Church father turns to his own life and thoughts as the mana through which God will reveal himself. Christianity became one of the first great world religions to stress what Søren Kierkegaard would later define as “inwardness”—or, as he put it in the Concluding Unscientific Postscript to the Philosophical Fragments, the idea that “truth was subjectivity.” This did not mean that everything was simply relative or a matter of opinion. What it signified from St. Augustine through to the present was that monotheism was going to move from finding meaning in the external world of facts and nature towards discovering it in the internal world of our thoughts and feelings. This helped to lay the seeds for the emergence of our contemporary epoch of radical individualism, self-expression, and a distrust of finding meaning outside of ourselves.

Saying that, it is important not to overstate this point. The potentially destabilizing tendency of monotheistic individualism was compensated for by a theological ontology that situated human beings in a “great chain of being,” which ultimately was vindicated by God. Nevertheless, the drive towards inwardness became powerful enough that it helped to launch the Reformation, as well as centuries of religious conflict in Europe. Martin Luther famously criticized the Catholic Church for remaining too tied to the idea of institutions allowing for an objective relationship with God. Luther instead stressed the need for personal faith and interpretation of the Bible. This, in turn, led to the first major political step on the road to secularism: the treaty of Westphalia in 1648, as well as the insistence that state politics would now be oriented by interests rather than religious values. It was now considered impermissible for Churches to demand acquiescence from individuals, who would increasingly have to sort out the meaning of their lives for themselves. This was given theoretical expression over the next century-and-a-half as the scientific revolutions and philosophy of the Enlightenment accepted Christian individuality but embraced an even more nominalistic approach to nature. This ultimately contributed to revolutionary agitation against religious figures who attempted to naturalize various forms of authority antithetical to the liberal spirit of the age.

Nevertheless, few of the major Enlightenment figures were willing firmly to abandon God. Many held to some form of deism, which relegated God to a helpful role in human life. By the 19th century, the superficiality of this account relative to the religious fervor of earlier ages was becoming apparent. Critics like Kierkegaard scathingly wrote of a Christendom where everyone mouthed the pieties of religious faith, but no one truly believed. All of this culminated in the works of Nietzsche, who rejected the ontological and moral truths of monotheism, while retaining their stress on individualism. Indeed, Nietzsche warned of an era of “last men,” who would cease to be individuals and instead conform to the wishes of the herd mentality. Ironically enough, this sentiment has, in turn, impacted the same religious systems Nietzsche was keen to reject. Institutional religions have been declining for some time, but that does not mean post-modernity has become an era devoid of what it sometimes called “spirituality.” Far from it. Instead religious beliefs are now highly expressivist and individuated; each person takes responsibility for his or her own spiritual outlook and links it to various forms of self-fulfillment and creation. This, in turn, is very consistent with the attitude of neoliberal market culture (well-analyzed by Galen Watts here), with spirituality looking increasingly like a consumer choice made to satisfy individual demands and psychological needs. Even allegedly conservative websites like PragerU have gotten into the action, stressing the “benefits” of belief—as though God’s existence (or lack thereof) turned on factors little different from the latest health fad.

The relationship of post-modernity to secularism is tied to how we now experience time and freedom. As I have discussed elsewhere, we post-moderns have a very different understanding of time and freedom than our ancestors. Individuals in antiquity saw existence as divided between the eternal realm and the world of time—or, in Platonic parlance, the “moving image of eternity.” The consequence was that the world of time was seen as radically determined by the principles of fortune and fate, with the inevitable end of human life meaning the annihilation of all possibilities. This was well-expressed by Achilles in The Odyssey when he pined for life, proclaiming that a life in eternal “breathless” death was worse than slavery.  Christianity’s time consciousness differed significantly. While figures like Augustine still distinguished between God’s eternal world and time, Christians believed that the relation between the two was mediated through agapeic interventions. The most obvious was God’s willingness to become human and die within time. As Zizek points out in The Fragile Absolute, this signified a willingness of God to allow salvation for human beings within time through the realization of the divine eternal project.

With the advent of modernity, the final references to an eternal source of transcendence external to our lives within time vanished. The classical philosophy of history emerged in the work of Hegel and Marx, arguing that the past was going to be redeemed through the arrival of human beings: a historical endpoint where all possibilities could be realized through the exercise of social freedom. This constituted a kind of secularized mythology (or meta-narrative), which was relentlessly and effectively criticized for its anachronistic debts to teleology and messianism—even by other critical theorists through the 20th and now 21st centuries. For us post-modern individuals, even this secularized project of redemption within history was dropped. The consequence is that the time consciousness of post-modernity became rigidly personalized. There was neither an eternal world beyond which beings in time could apprehend, nor the possibility of dramatic historical change. With the “end of history,” time consciousness became thoroughly individualized. The consequence being that the exercise of social freedom became less important than the kind of rights and privileges offered by neoliberal agency, which was presented as beyond ideological criticism and as such insulated from historical change. In the terms of post-modern parlance, we had reached the end of meta-narratives about achieving freedom in history and entered the era of neoliberal subjectivism.