Robin DiAngelo Is Correct about the Psychic Weight of Race 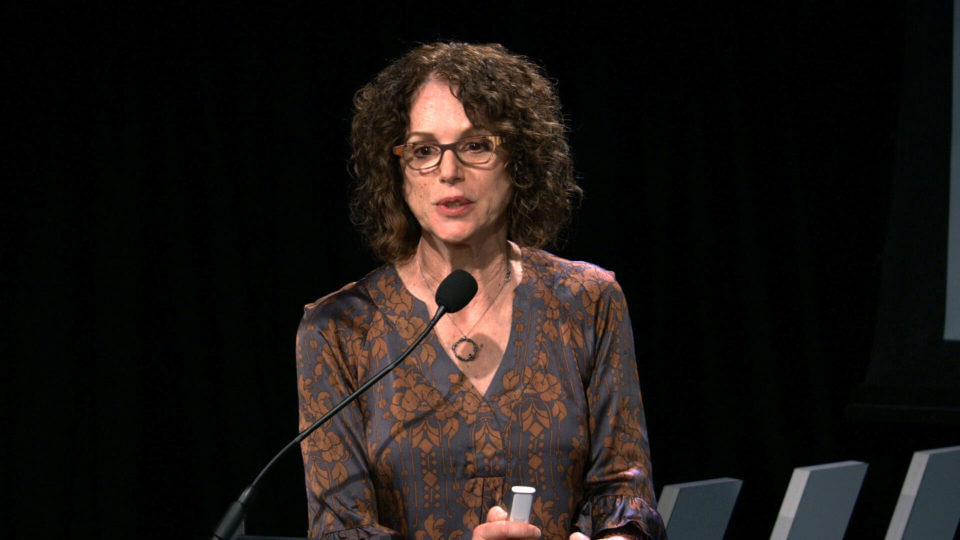 “Although one empirical study indicates that whiteness may not be as invisible to white people as is assumed, DiAngelo is not widely off the mark about the psychological advantages of being white.”

Over the past year and a half, I have written several essays about Robin DiAngelo’s theory of white fragility. In general, I have argued that the theory is based on the flawed premise of implicit bias, falls prey to logical fallacies, and makes use of flawed methodology. In practice, it amounts to a bullying Kafka trap. Moreover, as a derivative of Whiteness Studies, it turns the fallacy of reification into a fallacy of ambiguity. In other words, Whiteness ends up meaning anything and everything. As a result, it means nothing.

But none of what I have argued thus far should be interpreted as saying that neither the theory of white fragility, nor the broader fields of Whiteness Studies and Critical Race Theory from which it is derived, are addressing a pseudo-problem. Racial inequality, as well as other systemic disparities, undoubtedly deserves our most serious attention. The hows and whys may be a matter of dispute (despite DiAngelo’s aura of omniscience about it), but the fact of inequality is beyond dispute.

The Psychic Weight of Race

One of the costs of inequality involves what DiAngelo calls the psychic burden of race. In chapter four of her book, DiAngelo raises a compelling point about the psychological costs of racial inequality. In a section discussing how white people enjoy freedom from the burden of race, she writes: “Because I haven’t been socialized to see myself or to be seen by other whites in racial terms,” DiAngelo writes, “I don’t carry the psychic weight of race; I don’t have to worry about how others feel about my race. Nor do I worry that my race will be held against me.”

She invokes the example of Patrick Rosal writing “poignantly about the pain of being mistaken for the ‘help’ at a black-tie event celebrating National Book Award winners.” She admits to having made the same assumption about people of color when she was on occasion “unable to hide my surprise that the black man is the school principal or when I ask a Latin woman kneeling in her garden if this is her home.”

Unfortunately, DiAngelo demonstrates some of the weaknesses of relying on anecdotal impressions rather than exacting analysis. However sensible her assertions may appear, DiAngelo makes no effort to consider alternative reasons why Mr. Rosal was “mistaken for the ‘help’” or why she was surprised that “the black man is the school principal or when I ask a Latin woman kneeling in her garden if this is her home.” This gives rise to the potential for omitted variable bias. Nor does she acknowledge the possibility that any given white person may not be surprised to see a black principal or may not instinctively assume that a Latin woman kneeling in a garden does not own the property on which the garden is located. This is base-rate neglect. Nor does she question her presumption that “socialization” is necessarily the reason why, in a given scenario, she wonders if the Latin woman owns the home. This is an examples of what psychologists call confirmation bias.

DiAngelo appeals to little more than her own impressions and intuition (and presumably appeals to our intuition, as well) as a criterion for evaluating whether her examples illustrate the “psychic weight of race.” But this is not to assert that DiAngelo’s inferences are wrong. In fact, I believe one of the most profound legacies of racism in America is what DiAngelo calls the “psychic weight of race.”

Consider an example related to class, rather than race. I recall being at a Thanksgiving dinner at a resort restaurant. I was in search of a specific item on the buffet table. I looked for a staff member. The person I initially asked turned out to be a white woman dressed elegantly. She was hired to be the main musical performer for the occasion. When I asked her about the silverware, she was standing next to the buffet table, with her hands clasped behind her back, observing the room. As someone who had worked in restaurants when I was younger, I saw in her the same manner of aplomb and observation in managers with whom I had worked in the past. Her dress, deportment, and numerous other details factored into my decision to ask her. Or it may simply have been that she was the first person I saw near the buffet table who did not have a plate in hand.

As the son of a waitress and as one who has been “the help” in the past, I can sympathize with the implicit indignity of associating the “help” with inferior status.

I was embarrassed when she said she had no idea how to help me because she was the musician. I also felt even more abashed when I thought about how she felt, as a talented musician, about being mistaken for “the help.” However, I should note that I also question whether I should be embarrassed, not only because it was a simple mistake, but because there is an implicit assumption about the relative social status of the musician and “the help.” As the son of a waitress and as one who has been “the help” in the past, I can sympathize with the implicit indignity of associating the “help” with inferior status. In addition, as someone who has cultivated a Stoic attitude toward various challenges in life (Stoicism as a philosophy of resilience rather than stoicism as a layman’s term referring to emotional suppression), I also consider whether it’s even worth devoting time and energy to thinking seriously about all these questions.

Why? One, because I intended no offense. Two, because I don’t know whether the musician considered it an indignity, and if she did, whether she dwelled on it for long. Third, because the Stoic view of life is that one should only concern oneself with what he can control and not with what he cannot control. Thus, I turn my focus to future encounters in which I will be more careful not to mistake someone for “the help.” That said, I am not omniscient, so I can only be so careful. I cannot guarantee I will not make a similar mistake. Finally, going back to the original example, I could not determine for certain before asking whether the woman was the lead musician or the manager. If the positions had been reversed, and I was the musician, I would not have taken offense.

Moreover, if implicit bias is at work in these examples, it is still not clear how it sustains racial inequality. After all, the Latin woman, despite being mistaken for the help, does, in fact, own her home. Patrick Rosal is, in fact, a well-known poet and essayist who published an essay about his experience. The black man who was assumed not to be the principal is, in fact, the principal. These examples may epitomize the legacy of racism, and it is still true that systemic disparities persist, but these examples do not illustrate a phantom of reified Whiteness which allegedly underlies systemic racism.

As I explain elsewhere, reification is a fallacy. Moreover, DiAngelo mistakes correlation for causation, overlooking Hume’s problem of induction by presuming with absolute certainty that “socialization” is what causes white people to invoke their unique experiences in response to her assertion that group identity matters. The paradigm of reified Whiteness, in which rigid disparities persist via the infinitely adaptable discourse of Whiteness (coupled with DiAngelo’s refusal to consider any objections), obscures any effort to consider alternative explanations for the awkward mishaps described above. Cognitive errors, such as omitted variable bias, base-rate neglect, and confirmation bias abound.

Nevertheless, DiAngelo continues her relentlessly experiential approach to the study of race, writing about how she has “countless role models across a vast array of fields” as a result of growing up in a white-dominant society. Nonetheless, she can apply for jobs and expect that the majority of people deciding to hire her will be white; she will rarely—if ever—have to worry about being resented for being hired because of her race, thus freeing her from the “psychological advantages” of not being distracted by worries that peers will think she was hired because of her race. Racism, in short, “just isn’t my problem,” and because she hasn’t been “taught to see this problem as any responsibility of mine,” she can operate with “a level of racial relaxation and emotional and intellectual space that people of color are not afforded as they move through their day.” As Robert W. Terry has observed, “[t]o be white in America is not to have to think about it”.

Although one empirical study indicates that whiteness may not be as invisible to white people as is assumed, DiAngelo is not widely off the mark about the psychological advantages of being white. It should not be controversial to point out that white people do not carry the psychic weight of race in the ways that nonwhite people do. It may not be entirely true that “to be white in America is not to have to think about it.” Yet it does not seem much of a stretch to say that, if white people do think about it, it is not because they are regularly compelled to worry about whether their race will be held against them when trying to buy a home, interacting with a police officer, going in for a job interview, and so on. They may worry about many other things—but probably not too much about their race. The psychic weight of race sheds much light on the legacy of racism in America.