The Nordic Model is Achievable (Without Going to Extremes) 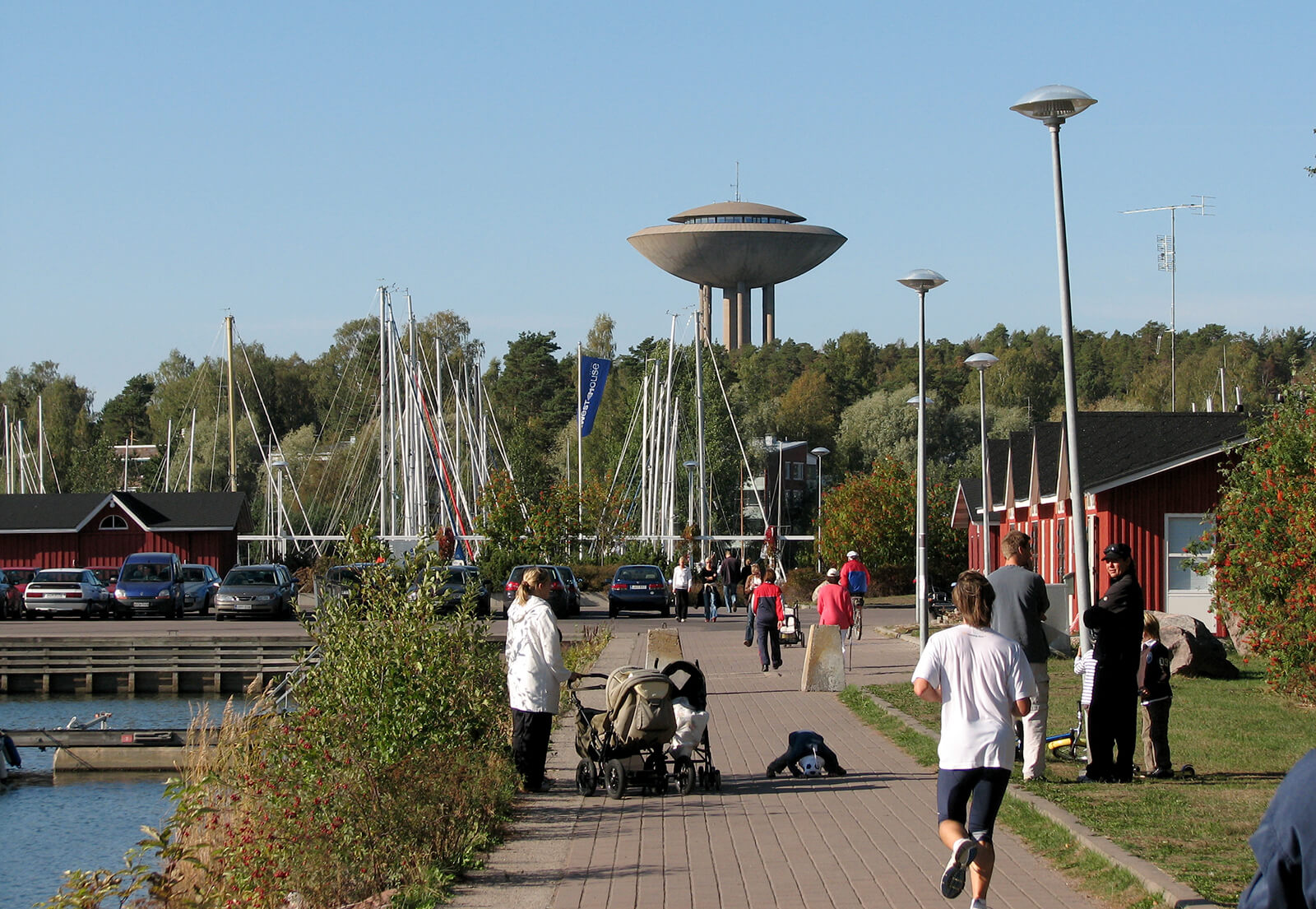 “After all, the disagreement between the authors of The Times piece and the author of the Jacobin piece is only even made possible by the fact that the Finnish system does not easily conform to either model.”

For a country of 5.5 million inhabitants and positioned at 63 on the worldwide GDP rankings (by purchasing power parity), Finland receives a lot of press attention. Much of it is positive, relating to the high level of happiness and well-being reported among its residents, its favorable working conditions, and strong welfare and education system. The recent ascendancy of the 34-year-old Sanna Marin to the premiership in December of last year led to a crescendo of good vibe stories about the 102-year-old Nordic democracy. Many of these stories were centered around Marin’s government, which was formed from a coalition of five parties (Sarin’s Social Democratic Party, the Centre Party, the Green League, the Left Alliance, and the Swedish People’s Party)—all led by female MPs.

Aside from the strong message this sends regarding female participation in politics, the Sarin premiership symbolically counters right-wing populist messages put forward by the socially conservative Finns Party, which trailed the Social Democratic Party by only one seat in the 2019 General Election. This is not least because Sarin was raised by a same sex lesbian couple, while the Finns Party opposes both same sex marriage and same sex couple adoption. Though aside from Sarin’s non traditional credentials—and the Finnish government’s progressive gender composition—Finland has been getting so much attention lately because its Nordic welfare model appears outwardly to be exactly the model that Socialist-leaning parties in the Europe and the United States would like to emulate. (Of course, conservative groups in Europe and the United States, in turn, are often critical of this Nordic model.)

This is all particularly significant in the arc of a year running from the start of the U.K. General Election campaign in November 2019 to the U.S. General Election campaign in November, 2020. However, as an inhabitant of Finland since 2018 (and a regular visitor since 2007), I would urge caution on some assumptions drawn from Finland. Above all, it will be here argued that while left-of-center parties might well see the Finnish social system as a beacon, characterizing it as “socialist” ignores how far ingrained some positions are to the Finnish political system across the spectrum. In fact, even the Finns Party pledge to raise capital gains and corporation tax and to increase tax progressivity. In this light, it might also be argued that the slash-and-burn welfare approach favored by British Conservatives (or the pro-college and anti healthcare-for-all position of U.S. Republicans) need not go unchallenged within the Right. The argument for healthcare and education provisions as a basic right might most usefully be made by transcending party lines.

The Finnish welfare model—often held up as a kind of perplexing miracle basically amounts to relatively high taxation of relatively high salaries—with evasion rates being low. Put simply, while the average monthly salary in Finland is 3,380 euros, workers will on average come away with 2,509 euros. While this may sound practically punitive to a liberal-leaning U.S. citizen, who on average earns 9,000 euros per year more adjusted for average purchasing power, these figures hide additional healthcare and education costs. In Finland, education at any university is free with living grants available to all residents, while healthcare is free to all. By contrast—in the U.S.—the possibility of receiving adequate healthcare is dependent on income, whereas costs at some universities can bar entry for prospective low income students. Additionally, the Finnish model guarantees unemployment benefits for an unlimited time period, providing residents are actively seeking work. These aspects of Finnish social provision are so sacrosanct that we might call them characteristic of the nation, rather than party policy.

Seen in this light, perhaps those of us on the Left should not be asking what is right with Finland—but rather what went wrong with the Anglo–American model.

Indeed, despite having a welfare system that appeals across the West as a beacon of socialism, very few people actually call themselves socialist here, as Anu Partanen and Trevor Corson pointed out in their December, 2019 New York Times piece “Finland is a Capitalist Paradise.” The piece was written precisely with the intent of persuading U.S. liberals that social welfare does not have to equal full socialism. However, as Matt Bruenig pointed out in response to Corson and Partanen in his Jacobin piece “No, Finland Is Not a ‘Capitalist Paradise,'” the United States would have to radically overhaul its economy to even come close Finnish levels of national ownership and  unionization, with one third of all Finnish employees working in the public sector—and 90% being unionized. This is compared to, respectively 16% and 11.8% in the United States. While these takes are informative to a reader outside Finland, I would argue that both Corson and Partanen and Bruenig’s articles make the mistake of imposing inadequate terminologies on the discussion. Why in any case does the Finnish model, which has become the blueprint for the “Nordic model” adopted by Denmark, Sweden and Norway, have to conform to either a socialist or capitalist framework? After all, the disagreement between the authors of The Times piece and the author of the Jacobin piece is only even made possible by the fact that the Finnish system does not easily conform to either model.

I would like to tread a middle ground in pointing to Finland’s history of pragmatism and compromise. This tendency goes back to the crushing defeat of Russian-backed city dwelling leftists by German backed rural conservatives in 1918 during the Finnish Civil War. The subsequent need to rebuild an independent Finland upon the collapse of the German Empire in 1918 (and again, after World War Two), necessitated concessions to all sides and the creation of a system that has ever since appealed to Finns across a broad spectrum. While Corson and Partanen back up their argument that Finland is an advanced capitalist haven by stating that Finnish capitalists made concessions after World War Two, this was really not a unique position. The American and British governments, which have served as vanguards of capitalism for more than a century, also made considerable concessions to workers in the first half of the 20th century with, respectively, the New Deal and Beveridge’s “cradle to grave” Welfarism. Seen in this light, perhaps those of us on the Left should not be asking what is right with Finland—but rather what went wrong with the Anglo–American model. Though the answer—as a billionaire sits in the White House and an Eton-educated son of former European Parliamentarian in 10 Downing Street—is perhaps glaringly clear. The New Deal and Welfare State never brought cohesion to countries deeply divided by wealth and class inequality. Furthermore, any arguments for greater social programs lead to suspicions of class politics, even when the arguments are for policies as seemingly-innocuous as universal healthcare and tertiary education.

Seen in this way, the difference between the Finnish and Anglo-American models can be seen as one of attitude, with the Nordic model linked to the genuine and ingrained belief that society will flourish if all its inhabitants are encouraged to do so. Such a belief has its advocates across the Left and Right in the United Kingdom and United States. Indeed, far from being simply a leftist attempt at social leveling, providing the opportunity for each individual to reach his or her potential is often touted as essential to industry. However, the truth is that while equal opportunity for all is held aloft by the Right as a guiding principle, the Tories and Republicans actually pursue a stratified society in reality. This is visibly worsening in both countries. For example, President Trump’s governing style is becoming increasingly monarchical, as seen with his recent  intervention in Roger Stone’s sentencing. Across the Atlantic, Prime Minister Johnson’s Tories seek to break up the BBC and the NHS, removing two pillars of egalitarianism for British society.

However, above all, it demonstrates that the Finnish system is neither a socialist mecca or a communist state to be feared. It is rather a functioning capitalist social democracy that alleviates extremes of suffering through redistribution of tax towards social services.

Viewed as the result of deeply ingrained social and hierarchy, the failure of the United States and United Kingdom to achieve parity with the Nordic welfare system may seem difficult to change without a seizure of power by the far-left. However, nothing inherent in the democratic systems of these two countries actually prevents the flourishing of a health, education, and welfare system on a par with the Nordic countries. Indeed, it is achievable via reasoned debate and the ballot box, something Sanders—while characterized by some as an extremist—seeks to prove. Even in Finland, the principle of equality of opportunity is subject to constant checks led by democratic processes.

While Finns are keen to keep their current level of state provisions, the standoff between rural conservatism and inner city left-centrism remains strong. An experiment to bring in a Universal Basic Income was scuppered after a trial held in 2018 to 2019. While the trial showed increased happiness among the 2,000 selected recipients of the UBI, it didn’t increase employment. Such a trade off may have been enough to convince centre-leftists, but it met with resistance from stoic rural conservatives who fundamentally reject the notion of “something for nothing.” This is evidence—if needed—of the fine balance between political polarities in Finland. However, above all, it demonstrates that the Finnish system is neither a socialist mecca or a communist state to be feared. It is rather a functioning capitalist social democracy that alleviates extremes of suffering through redistribution of tax towards social services. This month, the Finnish government announced an end to all homelessness, for example: a feat within the capability of all countries. The message from the Left on both sides of the Atlantic should be that this system is possible. The message to the Right is that such a system should not be feared—or avoided.

Mike Watson is a theorist and critic, who is principally focused on the relationship among culture, new media and politics. He has written for Art Review, Artforum, Frieze, Hyperallergic and Radical Philosophy. In 2019 he will publish his second book for ZerO Books, Can the Left Learn to Meme?: Adorno, Video Gaming and Stranger Things. He holds a PhD