Getting a Tattoo: Often an Unwise Decision 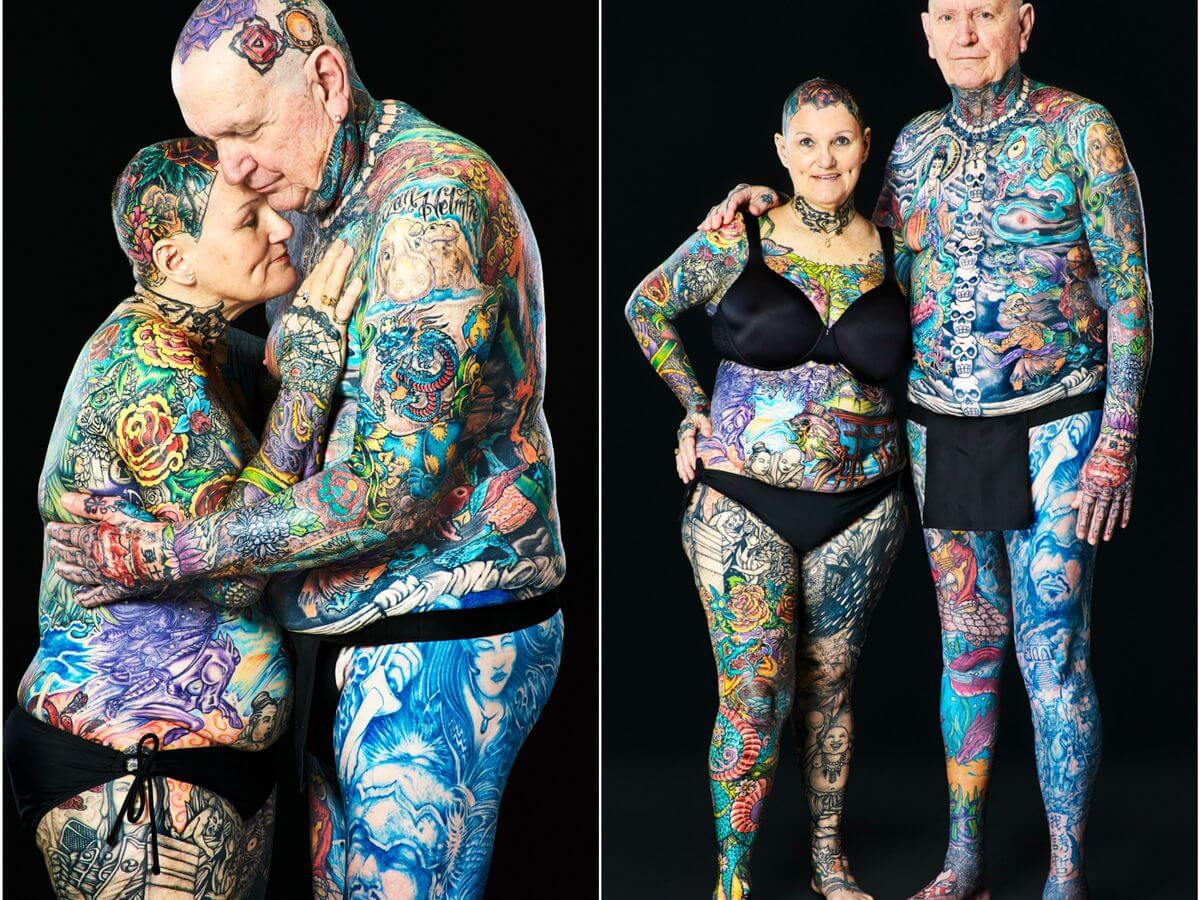 “This past Mother’s Day, in a survey of over 3,000 mothers who had tattoos, 51% of them said if they had to choose between removing a bad tattoo and receiving a new piece of jewelry (of equal value) as a gift, they would choose tattoo removal.”

Some might describe Charlotte Guttenberg, the 70-year-old Florida woman the Guinness Book of World Records identified as the world’s most tattooed woman (and is pictured above), as mentally unstable. Others might conclude that she is a person who truly knows how to express herself. I don’t have tattoos; I’ve never had them, and I’ll never get them. But I must admit that I have always been intrigued by tattoos—or, more specifically, the question of why people choose to get them.

From ancient Egyptian women inking themselves for childbearing-related purposes to ancient Roman slaves and criminals being tattooed for identification and punishment, tattoos have been used for a variety of reasons historically. Within the United States, however, tattoos have become increasingly popular in recent decades, aided by the support of prominent figures, from athletes like Chris “Birdman” Andersen to Blink-182 drummer Travis Barker, who described getting tattoos, at least in part, to force him to succeed at music by taking away the fallback option of a normal desk job. According to “ink addict” Dan Hunter, people today get tattoos because they want to cover up flaws, they like the way a certain tattoo looks, or they want to express their individuality.

While tattoos might be on the rise, they still aren’t fully accepted in all circles of society. In 2010, 72% of adults who had tattoos hid them. In late October, Kathy-Rose Bullen, a 31-year old Australian woman, reported being unable to join the Melbourne Police Department due to her numerous tattoos, including tattoos that appeared on her hands and fingers; the Melbourne police force had indicated its belief that the extent of her tattoos was, “contrary to our requirement to portray a professional and disciplined image.” So, tattoos, despite being a longstanding practice in human societies, still can carry with them a slew of polarizing opinions. Perhaps this is why Professor Kristen Foltz of the University of Tampa has suggested that candidates interviewing for jobs would be well-served to cover up their tattoos.

And it’s not just prospective employers; some Christian groups, for instance, are quite critical of tattoos. Those that are cite Leviticus 19, in which God commands the Israelites not to put tattoos on their bodies. For instance, a pastor at a church I previously attended was steadfastly opposed to tattoos and would say that tattoos are a defilement of the body and, thus, disrespectful to God.

This past Mother’s Day, in a survey of over 3,000 mothers who had tattoos, 51% of them said if they had to choose between removing a bad tattoo and receiving a new piece of jewelry (of equal value) as a gift, they would choose tattoo removal. (40% of those same mothers would recommend their children not get inked, and 75% of people who regretted a tattoo admitted to getting it in the heat of the moment). Among the most commonly regretted tattoo was someone’s name.

And for those who look critically upon tattoos, there may be evidence to support some of their intuitions; a 2019 study, which appeared in the International Journal of Dermatology, has suggested that tattoos were correlated with higher rates of smoking and incarceration, as well as a higher number of sexual partners—along with sleep and mental health issues.

Once someone gets a tattoo, he or she keeps it, unless willing to invest the time, money, and considerable discomfort that is required to have it removed. As I mentioned, I would never get a tattoo, and the reason for that, in my mind, is quite simple; I find that regular skin is better than inked skin. I also reject the idea that a person is merely a piece of paper or artist’s canvas on which to be drawn. My skin belongs to me, and I take pride in that. When a person gets a tattoo, he or she is basically entering into an arrangement with the tattoo artist: “I will give you money to become your piece of art. Please don’t blow it.” But, in the end, no one, no matter how artistic, likely cares as much about your body as you do.

That said, people ultimately have free will and can choose what they want to do with their bodies—even many of the most ardent critics of tattoos would concede that. But just the same, whenever one exercises said free will, responsibility and accountability follow. With tattoos, some clear downsides come with the territory, including, for instance, the findings of one 2013 study, which suggested that women with tattoos were perceived by men as less attractive and more promiscuous. So fair or otherwise, tattoos can become shorthand for others to draw conclusions about the content of a person’s character, from lowered stock in the dating game to, as we saw with Ms. Bullen, arguably unfair conclusions drawn about a job applicant. This becomes especially unfortunate for that sizable share of people with tattoos who made the decision to get one in the heat of the moment, perhaps on a night out. So, in short, perhaps one ought to, “Think Before You Ink.”.

Solomon Green is a student at California State University, Sacramento. He hosts a podcast called “One More Thing with Solo Green.”

6 thoughts on “Getting a Tattoo: Often an Unwise Decision”