The Case Against Reparations 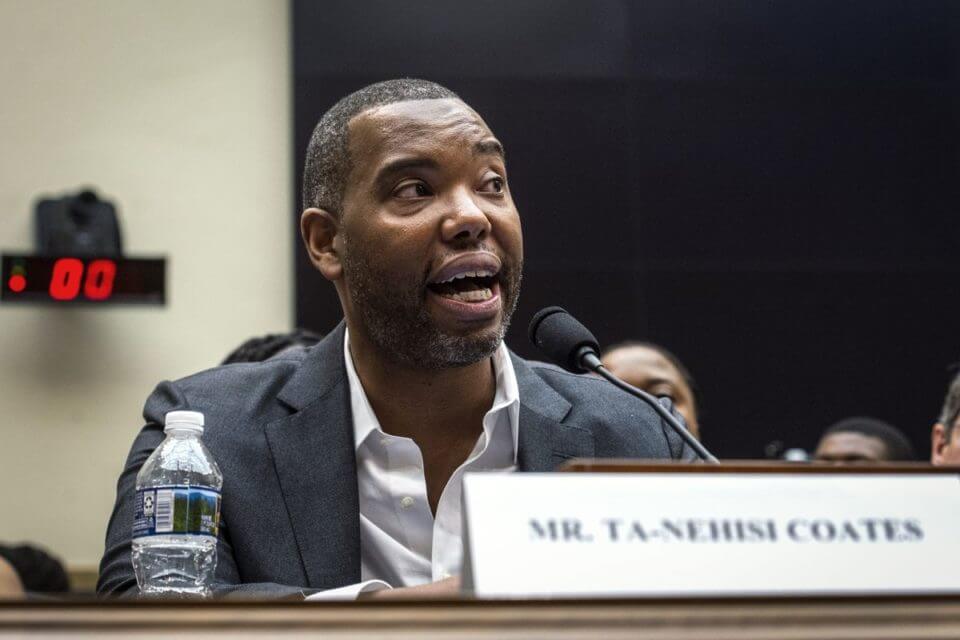 “Our justice system—and accompanying moral philosophies—wouldn’t dream of punishing people for the crimes of others, so why should our public policy?”

Reparations for slavery aren’t just a bad idea; they are an abysmal idea. On Juneteenth, or June 19th of this year, Congress held a hearing to discuss Bill H.R. 40 and the possibility of reparations for slavery. Journalist and author Ta-Nehisi Coates testified before the House Judiciary Subcommittee, invoking the historian Ed Baptist: “enslavement ‘shaped every crucial aspect of the economy and politics of America, so that by 1836 more than $600 million, almost half of the economic activity in the United States, derived directly or indirectly from the cotton produced by the million-odd slaves.” This argument is in a similar vein to the claim by Los Angeles resident, Legrand H. Clegg II, who suggested in his recent Los Angeles Times letter to the editor, that slavery, “‘made America great’ in the first place.” But opinion on the issue is sharply divided, even within the black community, with more than one-third of blacks opposing reparations—myself included.

Their arguments vary. Some believe it would be an insult. Others, who also critique affirmative action along similar lines, believe that it would devalue accomplishments by Black Americans, while also creating a mindset of victimhood. And then there are those who believe, philosophically, that it is unreasonable to pay one person for the suffering of another. And then more pragmatically, there is the risk of driving further racial resentment in the United States, given that opinions on reparations are sharply divided along racial and political lines.

These points aside, it is also worth considering that reparations (even if one ignores some of the philosophical objections to their implementation) invite a number of difficult—if not impassable—methodological issues. Are we talking about giving reparations to all black people? If so, a consensus must be met on what a “black person” is. There have been multiple definitions put forward, from the “one drop rule” to being visually identifiable as “black” to various proposed percentages of black ancestry. Then there is the question as to if reparations only go to direct descendants of slaves. Perhaps not, given that some proponents of reparations cite the overall, average differences in income between white families and black families (irrespective of whether a particular black family can trace its origins to having been slaves at some point in time) as a compelling reason to support reparations.

Back to the philosophical side of things, however: slavery happened, and there is nothing we can do to change that today. It’s been 154 years since slavery was abolished by the 13th Amendment in 1865—and 156 years since the Emancipation Proclamation. Even if the stain of slavery still lingers to this day, any slave owner is long dead, and so are the people who were enslaved. So why should whites living today, who have never owned slaves and are generations removed from any slave owning ancestor, be punished for the transgressions they did not commit? Our justice system—and accompanying moral philosophies—wouldn’t dream of punishing people for the crimes of others, so why should our public policy?

Now, reparations have been paid in the past to various groups in American history. Look at the Land Trust of 200,000 acres set up for those that could prove a minimum of 50% of Native Hawaiian ancestry. (The United States, after all, overthrew a thriving and independent Hawaiian kingdom in 1893.) Then, in 1988 under President Ronald Reagan, the Civil Liberties Act was passed. This was a formal apology from the United States government for having detained Japanese Americans during the Second World, and it also provided $20,000 to those who had been victims of this policy. Something similar happened as a result of the Tuskegee syphilis experiment, in which the United States government made up for their wrongdoings against 600 black men that were left untreated for syphilis; they and their families were eventually paid $10 million, along with benefits such as paid healthcare and burial services promised by the United States government. (They also received a formal apology from President Bill Clinton in 1997.) The difference between these events and that of slavery, however, is that these were specific positive actions undertaken by those in the federal government of the United States, rather than situations arising from a practice that, in some parts of the country, citizens were not forbidden from engaging in.

If reparations were given to black Americans, it seems almost any other group could come forward and demand reparations too. People in the LGBTQ community might request reparations for their delayed right to marry. Veterans of the Iraq War might feel entitled to reparations for having fought in a war that arguably did not need to have been fought. What about the descendants of Irish immigrants who were just trying to flee the potato famine in their homeland and received less than stellar treatment in the United States? Or Italian-Americans for the 50 documented lynchings from 1890 to 1920? More controversially, some might argue that we should compensate the descendants of slave owners that had their “property” forcibly released through an amendment created by a government they did not consider legitimate.

Then there is the question of who actually would be writing the checks for these reparations. Should the recent immigrant from India have to help pay for reparations towards blacks when he arrived in the United States in the 21st century, more than 150 years after the last black American was enslaved? Should the second-generation Chinese-American studying Medicine at UCLA have to empty her pockets to make up for the behavior of some white Southerner long before she was born? Or is it just going to be “white” people paying? I hope the United States has not reached the point where we decide to enact anything akin to a “White Tax,” a tax levied on people based upon the color of their skin.

And again, back to the point on promoting further division in our already polarized nation: Republicans and Democrats are experiencing rising levels of antipathy for each other. Although studies vary somewhat, according to the widely-cited 2016 Marist Poll, 81% of Whites do not support cash reparations, while 58% of Blacks support them. The last thing our great nation needs is more division. To quote, Thomas Sowell again, a fierce critic of reparations: “When people are presented with the alternatives of hating themselves for their failure or hating others for their success, they seldom choose to hate themselves.” I believe that this latest push for reparations is simply a symptom of Black Americans resenting the relative economic successes of other racial groups, but, as my father once said to me, “We love to blame everybody else for our failures, but we are quick to claim credit for our successes.” Instead of talking about reparations, perhaps Black America can focus on studying hard, working hard, and doing things other than looking centuries back to explain the current problems our community is facing.

Solomon Green is a student at California State University, Sacramento. He hosts a podcast called “One More Thing with Solo Green.”

4 thoughts on “The Case Against Reparations”