On the Death of Immanuel Wallerstein 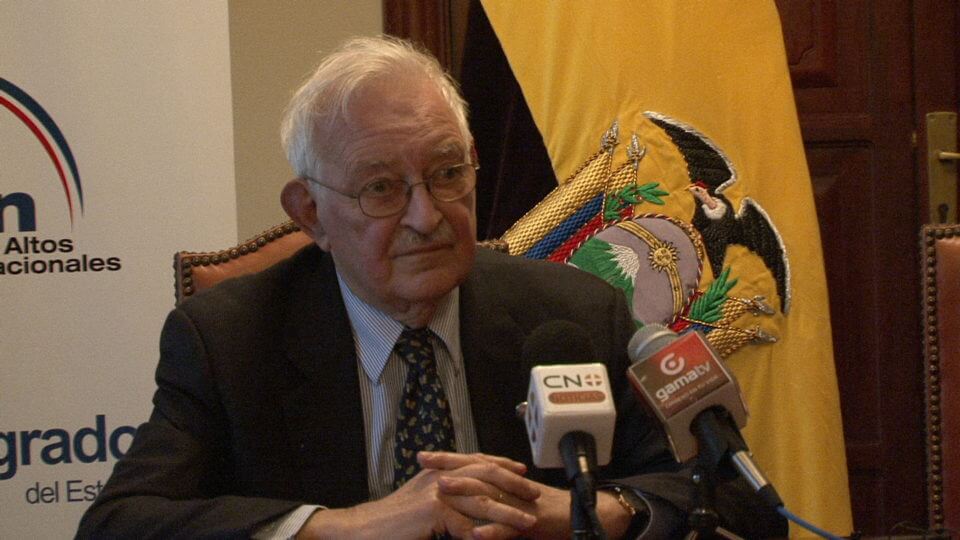 “For that reason, I hold that Wallerstein’s ideas are very questionable, but his work is still worthy of consideration.”

Famed economist Immanuel Wallerstein died this past weekend. His theories on so-called “world-systems” are not especially innovative, but they are nevertheless interesting. Basically, these theories trace their origins to Marx. As is well-known, Marxism’s main thesis—in simple terms—is as follows: capitalism is an exploitative system. The worker sweats and produces wealth, but it is the capitalist who enjoys said wealth, and therefore, a system of unfair parasitism arises. Basically, the capitalist rips off the laborer, appropriating his labor, and remunerating him far below what is really his due.

Marx predicted that workers from industrialized countries some day would grow tired of this and would put an end to capitalism in a great revolution. After Marx died, this still did not take place—or at least not as expected. Then, Lenin pulled off a trick in order to explain the delay: laborers from industrialized countries do not rise up because—very skillfully—capitalism has opted to keep national laborers happy. But, in order to keep exploiting workers and thus increase surplus, capitalism seeks raw material and cheap labor overseas. Thus, capitalism keeps national labor unions happy but exploits overseas workers in the colonies. This explains why imperialism exists in the first place.

This set the bases for the so-called “dependency theory” in Latin America. Basically, this theory claims that Latin American underdevelopment is the natural result of this imperialist process. Capitalist powers have managed to impose a domination system through an international division of labor. Latin America and other colonies provide raw materials and unqualified labor. Colonial powers extract resources from these colonies, process them, convert them into manufactured products, and finally export them to the colonies for consumption. So, in the end, Latin America (and basically all Third World countries) sells its labor at a very cheap price, and colonial powers sell their manufactured products at a very expensive price; this imbalance brings forth inequality among nations.

I think Wallerstein’s analysis was very innovative, as it attempted to unmask the way colonialism persists in the world. We no longer have empires based on military conquests and territorial annexations. Countries in Latin America, Africa, and Asia became independent and declared their sovereignty. But now, according to Wallerstein, there is a new form of colonialism; instead of using armies and annexing territories, more developed nations use dollars and expand commercial networks.

Big Powers persist exploiting colonies, even though, de jure, colonies no longer exist. De facto, obviously they still do. For, they are still dominated, not by direct political power— but through a world system that has arranged for the international division of labor and the unfair distribution of resources among nations. Peripheral countries may have their own flag and national anthem, but they still sell raw materials and labor at very cheap prices. Central countries no longer boast of having an empire where the sun never sets, but they still profit from the sweat of laborers in peripheral countries. And, semi-peripheral countries hope to rise up the ladder but will never be able to do so because they will always be the useful idiots that will have some comforts—only so long as they serve the purpose of central countries.

When considering Wallerstein’s ideas, I have mixed feelings. It is, of course, tempting to accept his worldview: it is absolutely true that some a child laborer in a Bangladeshi sweatshop earns much less than a laborer in a Pittsburgh plant, even though they both put in the same effort.

But, ultimately, it seems to me that Wallerstein was too simplistic in his analysis. His analysis basically comes down to the we-are-poor-but-it-is-their-fault mentality. Wallerstein eventually concludes that world trade is zero sum. Or, to put it more philosophically, Wallerstein echoed Montaigne’s famous aphorism: “one man’s gain is another man’s loss.” For Wallerstein, the wealth of nations is never really produced but, rather, robbed. So, central countries are wealthier, not because they worked harder or planned better but, simply, because they robbed the wealth that was produced by peripheral countries.

In economics, there is an old fallacy, and it seems to me that, despite all his sophistication, Wallerstein never managed to avoid it. This is the mercantilist idea of trade as zero sum. This fallacy assumes that the amount of riches in the world will always remain constant; when one country becomes wealthy, another country becomes poor. Thus, this fallacy is called “zero sum” because it assumes that when balancing the gains and losses of all countries in the world, the sum will always be zero, inasmuch as when one country gains, another one loses.

This has been proven false over and over again. A nation’s wealth does not come necessarily via the depredation of another nation. The mere fact that a nation becomes wealthier does not imply that another nation will become poorer. It is indeed possible to contribute to the increase of global wealth—so that when Norway becomes richer, the sum is greater than zero, for the increase of Norway’s wealth does not imply Congo will become poorer.

Wallerstein’s work was part of a broader debate: why are some nations wealthier than others? In the 18th Century, Adam Smith would have said that things such as division of labor, greater economic freedoms, stronger work ethic, and such make the difference. In the mid-20th Century, a new answer was offered, and Wallerstein echoed it: some nations are wealthier because they rob others.

I opt for the former explanation. Admittedly, there have been exploitative relations, but differences in wealth are explained far better by endogenous conditions (fundamentally, cultural conditions) than by exploitative relations. Spain and Portugal depredated the Americas for Centuries, yet they remained poor; Norway and Sweden robbed no one, yet they accumulated wealth. Ethiopia was a colony for only a very brief period of time, but it remains one of the poorest nations on Earth. Australia was indeed a colony and provided raw materials to the mother country, yet it now boasts very high levels of development.

Needless to say, for the sake of brevity I cannot do justice to the complexity of this debate. For that reason, I hold that Wallerstein’s ideas are very questionable, but his work is still worthy of consideration. This is especially the case, inasmuch as I find added value in Wallerstein’s work in one particular regard. Very much as the old-school Marxists, Wallerstein was careful enough not to embrace the mumbo jumbo and incomprehensible jargon that is so characteristic today in postcolonial discourse. He never succumbed to the cultural relativism that is so common in postcolonial studies, cultural studies, and other left-leaning departments in American campuses.

Precisely given the popularity of these departments, the contemporary critique of imperialism is no longer about politics or economics but fundamentally about culture. Postcolonial scholars seldom worry about low wages in Indonesia or Bolivia; their concern now is with bogus concepts such as “cultural appropriation” and “epistemic violence.” They are no longer worried about the wealth gap between France and Senegal; they are more worried about Western values becoming universal. This cultural relativism and unconcern with material realities is the main theme of scholars such as Edward Said, Frantz Fanon, Walter Mignolo, Tariq Modod, Gayatri Spivak, and other postcolonial gurus. They are basically scholars who abhor Western achievements and have confused the struggle for economic and political equality among nations with a romantic relativism that seeks to preserve non-Western cultural modes at all costs—no matter how barbarous some practices may be. Wallerstein, by contrast, was a critic of imperialism, but he never succumbed to the postmodern relativism of academic postcolonialism. This is good enough for me to eulogize him on occasion of his passing.

Dr. Gabriel Andrade is an assistant professor of ethics and behavioral science at Ajman University in the United Arab Emirates. He has previously contributed to Areo Magazine and DePauw University’s The Prindle Post.

2 thoughts on “On the Death of Immanuel Wallerstein”