The False Binary Between Freedom and Equality (Part I) 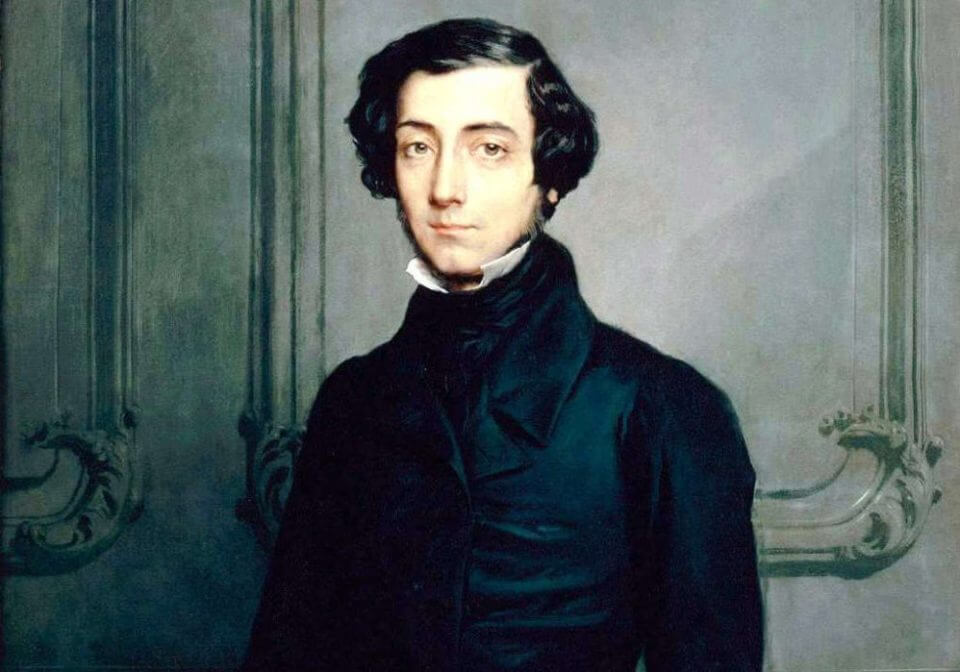 “It is not hard to infer that Locke may have been concerned that universal suffrage would result in concerted efforts to establish a more egalitarian society.”

Several weeks ago Ben Burgis and I released an article at Quillette entitled, “Why Everyone Cares About Freedom.” Our argument was that the distinction between the political right and the political left was often wrongly framed as one about whether to focus on the enhancement of freedom or equality. We contended that a close look at both political traditions revealed (appropriately enough) that everyone actually cares about freedom. The actual distinction between Left and Right is better framed as over how best to realize freedom under contemporary social conditions. The article concluded with a brief discussion of republican freedom and its myriad virtues.

In this two part series of articles, I want to expand on this position to discuss why enhancing republican—or as I will now call it civic freedom—should be at the center of left-wing efforts. I will begin by analyzing the classical liberal emphasis on freedom and government, before analyzing what civic freedom brings to the table. The series will conclude with an argument for why emphasizing civic freedom is so important in an age dominated by populist post-modern conservatives. Recapturing the democratic ethos is integral to rejuvenating the efforts of progressive movements.

“The friend of popular governments never finds himself so much alarmed for their character and fate, as when he contemplates their propensity to this dangerous vice. He will not fail, therefore, to set a due value on any plan which, without violating the principles to which he is attached, provides a proper cure for it. The instability, injustice, and confusion introduced into the public councils, have, in truth, been the mortal diseases under which popular governments have everywhere perished; as they continue to be the favorite and fruitful topics from which the adversaries to liberty derive their most specious declamations…Complaints are everywhere heard from our most considerate and virtuous citizens, equally the friends of public and private faith, and of public and personal liberty, that our governments are too unstable, that the public good is disregarded in the conflicts of rival parties, and that measures are too often decided, not according to the rules of justice and the rights of the minor party, but by the superior force of an interested and overbearing majority. However anxiously we may wish that these complaints had no foundation, the evidence, of known facts will not permit us to deny that they are in some degree true.”

Until very recently, most individuals invariably associated democracy with some form of liberalism. While some scholars admitted that the two concepts were actually quite different and needn’t be associated with one another in theory or practice, for practical matters they were treated as though twins conjoined at the head. Neither could live without the other. But in recent times, we have seen a growing number of figures protesting that liberalism isn’t the same thing as democracy. Indeed, one of the siren calls of post-modern conservatives like Viktor Orbán is for the foundation of a fundamentally “illiberal” democracy as he put it in a 2014 speech. This had made analyzing the distinction between liberalism and democracy more than just a pressing theoretical task; it has become crucial to understanding the unusual times we find ourselves in.

Liberalism is fundamentally a doctrine that focuses on freedom. This may seem a relatively clear statement, but the history of liberal thought and practice has been concerned with precisely what this entails. What is freedom? How can we guarantee freedom? Who should enjoy it?  These are all questions that liberals have asked themselves since the beginning, and the debate goes on to this day. At the origins of the classical liberal tradition, John Locke gave a highly novel and influential answer. Freedom meant non-coercion by state authorities, who would respect the natural rights of all citizens. This included their natural rights to life, to toleration for religious practices and beliefs—and more importantly still—freedom to enjoy property as each sees fit. As Locke put it in the Second Treatise on Government:

“The state of nature has a law of nature to govern it, which obliges everyone: and reason which is that law, teaches all mankind who will but consult it, that being all equal and independent, no one ought to harm another in his life, health, liberty or possessions…”

Most importantly for our purposes, freedom also included a right to a say in political systems through a representative form of government. Any state which claimed the legitimate right to coerce certain activities had to represent the interest of its citizens; otherwise, it would be acting tyrannically and would need to be overthrown.

One of the purposes of representative government was to protect the natural property rights of individuals from appropriation by others, including by the mass of individuals who did not possesses very much and who were required to sell their labor in order to get by.

It might seem from this that Locke is making a tight connection between respect for natural rights to freedom and a kind of representative democratic government. And, indeed for its time, Locke’s conception was comparatively democratic. But a closer look reveals that certain fundamental tensions were already simmering. Locke is keen to assure readers of the Second Treatise that not everyone’s freedoms need to be respected. In particular, women, those without property, and “savages” cannot be said to possess the same degree of natural rights, especially when it comes to participation in representative government, as propertied men. This is because Locke believed they either lacked the necessary interests to participate in politics—or because natural and divine purposiveness precluded it. One of the purposes of representative government was to protect the natural property rights of individuals from appropriation by others, including by the mass of individuals who did not possesses very much and who were required to sell their labor in order to get by. These individuals were not to enjoy much of a say in government, and it is not hard to infer that Locke may have been concerned that universal suffrage would result in concerted efforts to establish a more egalitarian society. This would violate the natural rights of property owners, and so it needed to be defended against. That this more elitist impulse runs in tension to Locke’s admirable universal natural rights for all, and an understandable concern about tyranny is a topic of considerable debate.

Such tensions are persistent throughout the liberal tradition, which has always looked with equal parts skepticism and admiration towards democracy. The liberal American Founding Fathers had a considerable amount of concern about “popular” government. Many of these worries were based on an understandable concern that a tyrannical majority with unchecked power may well interfere with the rights of vulnerable minorities. This is a very legitimate worry and is something democrats occasionally brush past too quickly. But not all the Founders’ concerns were so impartial. They also shared Locke’s suspicion that granting the mass of people too much power could lead to confusion and anarchic impulses, and, in particular, they might lead to efforts to redistribute property. These worries were shared by Alexis de Tocqueville, who in his great book Democracy in America, delivered prescient warning about how democratic culture may well result in a leveling of distinctions between better and more vulgar individuals. J.S Mill was a passionate defender of representative democracy, but he also mused about allowing the better educated and more competent to enjoy a larger number of votes than the average person. F.A Hayek and other neoliberals demonstrated a startling willingness to tolerate undemocratic regimes if they enforced the right package of liberal rights, particularly to capital mobility and property. And, of course, many of the debates which raged over the 20th century in liberal democratic societies concerned whether to grant voting rights to women, minorities and others. Some of these debates are still with us; for instance the question of whether to grant prisoners voting rights remains a hotly debated topic.

My intention here is not to suggest that liberalism is inherently hostile to democracy. It isn’t, and the conceptual alignment between the two is often quite natural. The moral impulse of liberalism described by Will Kymlicka is towards an ever greater and more equal sphere of concern. This can make liberalism a natural ally to democrats who wish to support civic freedom.  But liberals also have a long history of concern about the consequences of too much democratic involvement. Almost all liberals shared the worry of Madison and Hamilton about the potential dangers posed by tyrannical majorities. But these understandable worries were also supplemented by a host of less admirable and more elitist concerns. For many liberals, anxiety about democracy was motivated chiefly by a desire to protect existent property rights from potential redistributive efforts by a less affluent majority. Not coincidentally, these highly inegalitarian impulses have been criticized by latter day liberals such as John Rawls and Martha Nussbaum who have sought to deepen the moral impulse of liberalism towards greater concern for all. For others liberals like Mill and Tocqueville, the pitfalls of democracy had more to do with expertise. These liberals were worried that the average citizen was not sufficiently intelligent or educated to make good political decisions. Granting these individuals too much power could potentially lead to catastrophes.

In my next piece, I will elaborate on why some of these concerns might be valid. But I will also contend that this shouldn’t preclude us from taking steps to create a more democratic society. This may be the only way to prevent highly illiberal populist movements from gaining more of a foothold and rolling back the achievements liberalism has won.

Matt McManus is currently a Professor of Politics and International Relations at TEC De Monterrey. His book Making Human Dignity Central to International Human Rights Law is forthcoming with the University of Wales Press. His books, The Rise of Post-Modern Conservatism and What is Post-Modern Conservatism, will be published with Palgrave Macmillan and Zero Books, respectively. Matt can be reached at garion9@yorku.ca or added on Twitter via Matt McManus @MattPolProf