Why Edmund Burke Would Oppose Originalism 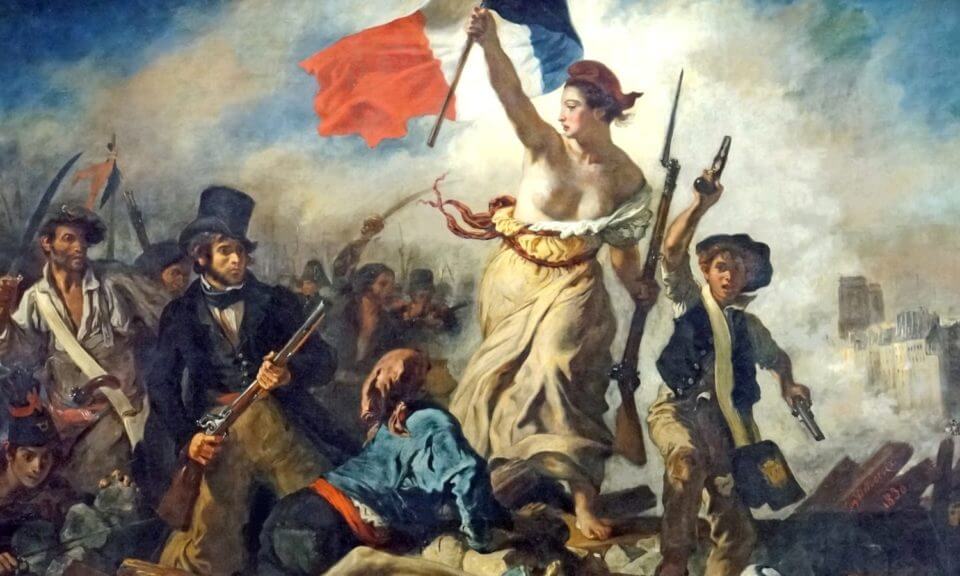 “Burke’s place in the American conservative pantheon is peculiar if not paradoxical.”

Shortly after the French Revolution began, and not far removed from the adoption of the American constitution, there appeared a pamphlet by the title Reflections on the Revolution in France. Edmund Burke’s publication inaugurated the pamphlet wars in Britain. It also established his reputation as the father of “modern conservatism”—though he is certainly not the first conservative, given that he builds from a litany of other sources and writers who predate him. His work was a sobering indictment of the French Revolution, its nihilism, and its a-historical spirit; the French cut themselves off from their ancient lineage and roots and attempted to socially engineer a utopia from the feeble dictates of natural reason which was destined to fail. Burke’s criticism of the French Revolution is, primarily, a condemnation of the human ability to construct the perfect constitution and perfect society from reason alone and the idea that humans can be detached from their historicity.

Burke’s place in the American conservative pantheon is peculiar if not paradoxical. On the one hand he is the embodiment of political caution, moderation, and defender of ancient liberties. On the other hand, he is wholly incompatible with prevailing conservative sentiments toward the American Constitution and the juridico-political ideology of “originalism.” Burke’s criticism of the French Revolution and the Declaration of the Rights of Man is a criticism of the celestial constitution theory, which the originalist school is guilty of embodying.

As it relates to Burke’s emphasis on antiquarianism and inheritance, it is not the case that Burke sees an unbroken and unchanged transmission of ancient rights down through time as a buttress against the vicissitudes of history. On the contrary—and building from John Fortescue and John Selden—it is precisely the accidents of history that have led to the growth and continuation of the English constitution and the common law that is indicative of its greatness. In other words, it is the living constitution with its ability to adapt—and grow—with the changes of history and society without abandoning its roots which makes the English constitution good. English customs and laws are good precisely because they’re adaptable to new circumstances, which permit both inheritance and growth. Its roots are in history, but its blossoming bud extends into the groundless future.

There is, in Burke, no idea of the eternal constitution and eternal interpretation that stands athwart history and time. He follows Fortescue in this respect. In Praise of the Laws of England, Fortescue does not single out antiquarianism as the sole reason for English laws as being “not only good but the best.” It is the adaptability of English customs and laws in time—rather than apart from time—that make it good. When speaking of the inherited rights of the first great reformation, the construction of the Magna Carta, Burke agrees with Sir Edward Coke that the Magna Carta was connected with the laws of Henry I, which, in turn, go back to Roman laws, which were infused with Saxon customs local to England from which the Magna Carta sprang. It was not a gift from heaven but from the construction of history. It was the accidental circumstances of history that fused Roman law with Saxon customs, which eventually gave birth to the Magna Carta and, after the Glorious Revolution, the Bill of Rights of 1689.

The difference between English constitutional reforms and “Glorious Revolution” was that it did not break the English people off from their own history. Such reforms and political revolutions were the product of the long roots and the historical development of English customs and laws influenced by the circumstantial events of English history. The adaptability of these customs and laws to the changing winds of history prove their goodness and not the other way around. It is the imperfectness of the English constitution that is ironically its greatest strength. For imperfectness entails perfectibility in time: putting it off for future generations to build from and make applicable in their time. As Burke states in Letters on a Regicide Peace, the development of states and constitutions is through “a great length of time, and by a great variety of accidents.” He goes on to say, speaking of the states and principalities of Western Europe and their laws that, “Not one of them has been formed upon a regular design or with a unity of plan.”

Burke’s comments here, along with his scattered ruminations in Reflections, are telling. Beginning in Reflections and carrying forward until his death, Burke’s fight with celestial constitutionalism relies not only on historicity but on the imperfection of constitutional constructionism. Burke, then, celebrates the imperfectness of constitutional order and its inheritance. For it is through inheritance and adaptability to new times and circumstances, as history so often demands, that the real genius of those laws which had not been formed upon a regular design have the flexibility to guide and grow with those “accidents” of history. The idea of a perfectly crafted constitution, with an eternal and celestial interpretation, is alien to Burke. Such sentiments are more fitting of the Jacobin mentality. It is precisely because the constitution is adaptable that ensures its inheritance to posterity.

For Burke the best embodiment of the English constitution was in the present and would also be in the present. The present generation, which has inherited constitutional growth, now embodies the best constitution which was passed onto posterity for posterity’s usage and gradual improvement of. The perfect constitution, however, is always the constitution of the future. For when the future generation lives it is that constitution which is better than the one of the past generations. It is this forward-looking mentality that separates Burke from the pessimists and romantics of the nineteenth century who looked back to see the best. They looked backwards, not forwards or to the present. It is this constitutional outlook which unites past, present, and future in an ever growing and symbiotic triadic unity, the contract “between those who are living, those who are dead, and those who are to be born.” Burke’s perfect constitution is at once elusive yet imminent, always on the cusp of emergence but never emerging. Its emergence is always postponed to the next generation.

Furthermore, when Burke describes civil society as the offspring of convention, what he means is that civil society is the offspring of history. Humans are radically historical creatures bound up and thrown into a world (civil society) shaped by history which we subsequently find ourselves inhabiting. This, again, is a means to undercut the idea of the eternal celestial constitution which human reason can realize through “regular design.”

Leo Strauss, in analyzing Burke, commented that his outlook is a “preparation for Hegel.” Antiquity is good only insofar that it has been able to adapt itself through history and not stand apart from it where it is often lost to the dustbins of history due to this inflexibility. There is a very real connection between Burke, Hegel, and Martin Heidegger because of philosophical historicity. Heidegger also viewed, as the implications of Burke’s writings bear out, that humans are beings shaped by history and thrown into a world formed by the vicissitudes of history. And the causally interacting forces of history at play in Heidegger are the multi-worlds (historical cultures or civil societies) colliding with one another: one movement of history smacking into another. The person who dwells and finds home in the world is the person who lives in the roots of the historicity they’ve been thrown into. Heidegger was also a historical conventionalist much the same way Burke was. Burke’s outlook lends itself, simultaneously, to Hegel’s historicism and to Heidegger’s being in time.

Burke does not appeal to divine transmission of the perfect constitution to constitutional framers for why the English constitution is good. Neither do Fortescue nor Selden nor Coke. Instead, Burke appeals to the adaptability of the ancient customs and laws as they’ve grown in. But this applies to the circumstances of the English and not to the French or the Germans or others.

It is not the case that the English constitution should be the model for others to look at; for the English constitution was the byproduct of accidents of history relative to the English peoples. The moderation and restraint of Burke is premised on not universalizing historical particularity to the world. It is also a safeguard against uprooting historical peoples and the inherited laws and customs of historicity. This type of juridico-political argumentation is also found in the German jurist and philosopher Justus Möser, who is remembered as the German Edmund Burke.

Paul Krause holds an M.A. in theology from Yale and a B.A. in economics, history, and philosophy from Baldwin Wallace University.