Georgia Attorney General: It’s Time to Stand Up to Gangs 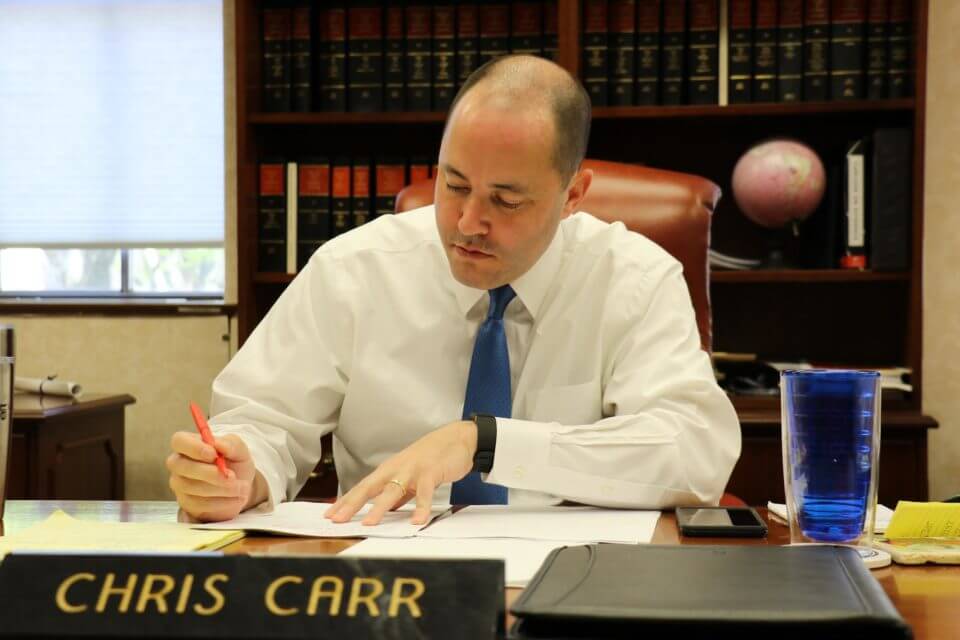 “In America, nearly half of all violent crimes are gang-related.”

Throughout my time as Attorney General, I have traveled all across the state meeting with members of Georgia’s law enforcement community. Today, our public safety officials are confronted with more daunting challenges and pressures than ever before. Under my leadership, the Office of the Attorney General will remain committed to working with and supporting our law enforcement officials, particular as we address statewide issues such as the opioid crisis, human trafficking, elder abuse, cybercrime and—at the center of all of these—gangs.

In America, nearly half of all violent crimes are gang-related. Unfortunately, Georgia communities are not immune. We have more than 71,000 gang affiliates and over 1,500 suspected gang networks. In fact, in a survey that the Georgia Gang Investigators Association conducted recently, 157 counties reported a rise in gang activity and 155 school districts reported suspected gang activity. What’s more, recruitment is on the rise, targeting those as young as five.

To these organized criminals, it’s all about making money. They used to operate in one-off networks, competing against one another. But now, we are seeing an alarming trend. They’re no longer operating under authoritarian codes that prevented them from reaching out to other gang affiliations to turn a profit. They are now pooling their resources together and more deeply impacting our communities with illegal activities and schemes such as drug dealing, human and gun trafficking, robberies, home invasions, murders, carjackings, organized retail crimes (such as gift card fraud) and more.

As my colleague, U.S. Attorney Bobby Christine from the Southern District of Georgia put it, “We must fight a network with our own network.” We too need to rededicate ourselves – federal, state and local partners – to creating a unified response.

An intelligence-sharing case file system to aggregate information on gang identifiers—like tattoos—and gang-related crimes will help improve investigations and prosecutions that cross jurisdictions. Formulytics, an Atlanta-based company that many in the network are already using, could serve that need. It has been widely adopted and is well-received, and it is our hope that more jurisdictions will explore this type of opportunity to work in collaboration with neighboring authorities.

With the support of the Georgia Anti-Gang Network, I will also work with Georgia’s next Governor and the General Assembly to create a Gang Unit within our Department to focus on cases that cross multiple jurisdictions or are statewide in nature. We will also work with the Prosecuting Attorneys’ Council of Georgia to enhance their ability to prosecute gangs and conduct specialized training.

At the end of the day, the law-abiding people of our state deserve freedom from fear. That’s what our constitutional protections are all about at their core, and my office and the Georgia Anti-Gang Network will continue working each and every day with our men and women in uniform to preserve them.

Chris Carr is the attorney general of Georgia.