The Value in Reading Byung-Chul Han 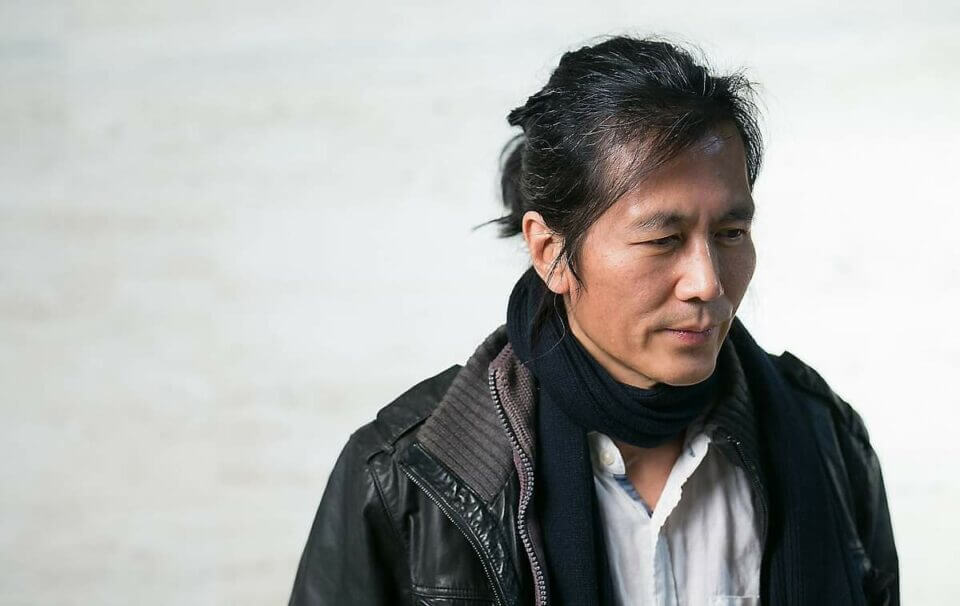 “Han occupies a somewhat unique position in today’s world that defies typical Right-Left categorization. This is partly because of Han’s bridging of multiple worlds: East and West; art and philosophy; theology and politics.”

“My task as a philosopher is to explain what kind of society we live in. Philosophy is truth-speaking,” explains Byung-Chul Han in a recent interview with Gesine Borcherdt in ArtReview. Han accomplishes his task in a unique style that is, in Borcherdt’s words, “like a mixture of Martin Heidegger and Zen.” And it is precisely in the unity of poetic style and philosophical substance where Han breaks new ground. One would be hard pressed to find more potent, concise meditations on contemporary life than those Han provides.

Han occupies a somewhat unique position in today’s world that defies typical Right-Left categorization. This is partly because of Han’s bridging of multiple worlds: East and West; art and philosophy; theology and politics. Han grew up in South Korea but has made Germany his home for many years. He writes works of philosophy, but with artistic flair. Han respects and understands Buddhism and Christianity, but he does not seem to practice either. Although Han has developed his ideas over decades, interest in his work has increased recently as weighty questions about technology, government, the pandemic, and more have grown. Borcherdt explains that “Han didn’t need to wait for a pandemic to describe how we are voluntarily tied to our laptops, how we exploit ourselves in the neoliberal home-office mode, how this makes us feel creative, smart and connected while we cover up our feelings of precarity with swipes and likes; he did that more than a decade ago.”

In two recent English releases in 2022, he plumbs new depths on culture and technology, which are recurring themes in his work. While there is some overlap here with his prior books, his punchy criticism of globalized culture, performative identity, and disembodied living stings, and his alternative vision of human flourishing enlivens.

Although Hyperculture: Culture and Globalization was first written in 2005 in German and released in English in 2022, the book’s relevance remains. Han argues that we live in a hyperculture, a culture that “is bursting at the seams” and “is organized not by borders but by links and network connections.” Hyperculture flattens distinction and difference; there are no peaks and valleys to explore—only a road, flat and straight. “In the hypercultural space,” Han explains, “one does not ‘hike’; one ‘browses’ what is presently available.”

Han couples this concept of browsing with that of vacationers to create one of the most powerful images woven throughout the book: how a globalized culture turns humans into “tourists in Hawaiian shirts.” He explains: “Hypercultural tourists are not on their way to a counter-world, to a There. They rather inhabit a space that does not contain an asymmetry between Here and There. They are fully here….In the space of hyperculture, There is only another Here.” Everywhere and everything seem the same. The McDonald’s and Walmart in Boston are the same as the ones in Birmingham. The hyperlinks to debased pornography and classical art exist side by side.

Han argues that hyperculture’s flattening effects contribute to understanding the self as something that is projected: “‘Thrownness’ is surely not one of the traits of today’s human existence. Contemporary existence corresponds rather to ‘being projected.’” The endless choices and possibilities in a hypercultural world “makes possible a personal narrative, an individual projection [of] multicolored possibilities [from which] you can cobble together an identity.”

Han suggests similar effects on religious identity in creating a “patchwork religion” or “multicolored religion,” which decays “a unified horizon of meaning” and “leads to a hypercultural side by side of different forms of faith, on the basis of which individuals can construct their own religions. A plurality of colours and forms, however, is not always a sign of vitality. In the case of religion, it may herald the end, annihilation.”

Han’s analysis of identity as something blended together from the hypercultural pool is reinforced with each passing year. The authors of the new book Gen Z, Explained: The Art of Living in a Digital Age develop a similar concept of “fine-grained identities,” which are “intricate individual mixes of attributes, the result of careful and ongoing discovery.” Even what used to be understood as disparate identities are now combined digitally through “molding and assembling various pieces of identity into a coherent whole that gives expression to the inner self.” For Han, the answer is found not in a globalized hyperculture but in the celebration of local practices, human limits, and real things, which are themes he illuminates further in his recent book Non-things: Upheaval in the Lifeworld.

The Age of Informatons and Non-Things

In Non-things, which was released in German in 2021 and in English in 2022, Han takes his critique of technology from his prior books like In the Swarm: Digital Prospects, which was released in 2017, in a further innovative direction. He laments: “We are today experiencing the transition from the age of things to the age of non-things. Information, rather than things, determines the lifeworld. We no longer dwell on the earth and under the sky but on Google Earth and in the Cloud. The world is becoming increasingly intangible, cloud-like and ghostly. There are no tangible and arrestable things.” The heft and materiality of things and the stabilizing function of “this terrestrial order is today being replaced by the digital order. The digital order de-reifies the world by informatizing it.”

By informatizing the world, Han means that everything is measured and recorded; data, algorithms, and analytics rule. Even objects become receptacles of data. For example, “smart” refrigerators do not just keep one’s food cold; they collect information on their owner’s eating habits and tell him when to buy more milk. “The Internet of Things,” Han says, “turns things into information terminals,” and he offers the example of the smart home, which he calls a smart prison. As he describes it, “In a smart home, we are not autonomous conductors. Instead, we are conducted by various actors, even invisible actors that dictate the rhythm. We expose ourselves to a panoptical gaze. A smart bed fitted with various sensors continues the surveillance even during sleep. In the name of convenience, surveillance gradually creeps into everyday life. The informatons that free us from so much work turn out to be informants that surveil and control us.”

Han perceives significant ways that the digitized info-world shapes and forms us. For one, “the distinction between true and false is erased. Information now circulates in a hyper-real space, without any reference to reality.” Han also argues that “things and places have less and less influence on the formation of our own identities. Identity today is primarily produced through information. We produce ourselves on social media…We perform our identities.”

The information that accumulates in all the devices and objects surrounding us, and the production and curation of endless streams of information to perform our personal identities leads Han to warn that “we are headed towards a trans-human and post-human age in which human life will be a pure exchange of information…The future of humans seems mapped out: humans will abolish themselves in order to posit themselves as the absolute.”

The Magic of Bodies and Things

But Han does not leave the reader there; he keeps returning to the inimitable role of the body in what it means to be human in community. Han argues that “without bodily touch, no ties can emerge,” and that “community has a bodily dimension.” But, “because of its lack of corporeality, digital communication weakens community.” Han focuses in specifically on the importance of eye contact—what he calls, the gaze.  “The gaze stabilizes community,” and “the absence of the gaze is partly responsible for the loss of empathy in the digital age. When a parent stares at a smartphone, the infant is deprived of the gaze. The gaze of the mother, in particular, provides an infant with stability, self-affirmation, and community. The gaze builds primordial trust. Without the gaze, a disturbed relationship to self and others develops.”

Han surely provides an intriguing response to the growing claims of artificial intelligence. Simply put, “artificial intelligence is incapable of thinking, for the very reason that it cannot get goosebumps. It lacks the affective-analogue dimension, the capacity to be emotionally affected, which lies beyond the reach of data and information.” In other words, the fact that the mind effects the body and vice versa makes human intelligence unique.

Han also offers a related rationale for why real objects matter. “An object is something that turns against me, that opposes and resists me. Digital objects lack the negativity of…resistance.” Using the smartphone as an example, he argues that “it deprives reality of its character as resistant….On its smooth touchscreen, everything seems tame and obliging. Everything is available at the tip of one’s fingers.” And though, “digital media may be effective in overcoming the resistance of space and time, he concludes that “it is precisely the negativity of resistance that constitutes experience. The smart environment of digital non-resistance impoverishes world and experience.”

Despite Han’s stinging critiques of contemporary life, as is his custom in each of his books, he offers a creative alternative vision of what life can be. In the face of digitizing and informatizing tendencies, we find hope in the recovery of truth, which “unlike information…possesses a firmness of being” and resists “any change or manipulation.” So too, in the simplicity of the gaze, in the recovery of rituals, and in the treasuring of things.

Han proposes a “re-romanticization of the world” to counter the way “we exploit the world with such brutality because we have declared matter to be something dead and the earth to be a mere resource.” Here Han puts his finger on the limits of the modern project, that sees nothing beyond the material world. He continues, “if we are to thoroughly and fundamentally revise the way we treat the earth, sustainability alone will not be enough. What is needed is an altogether different understanding of the earth and of matter.”

All the while, Han nudges us toward an enchanted view of the world, a world imbued with deep meaning—sometimes inexplicable, sometimes mysterious—where wonder and awe are returned to their rightful places. He does so with elegance and wit, elevating our hands, celebrating the gaze of mother to child, reveling in the thing-ness of a jukebox. “To me, everything that is is magical and mysterious,” which Han says, makes him “a realist who perceives the world the way it is. It simply consists of magic and mystery.” Well, then, count me as a realist too.

Joshua Pauling taught high school history for thirteen years and is now a classical educator and furniture maker. He has written for a variety of publications including Areo, Front Porch Republic, and Quillette.