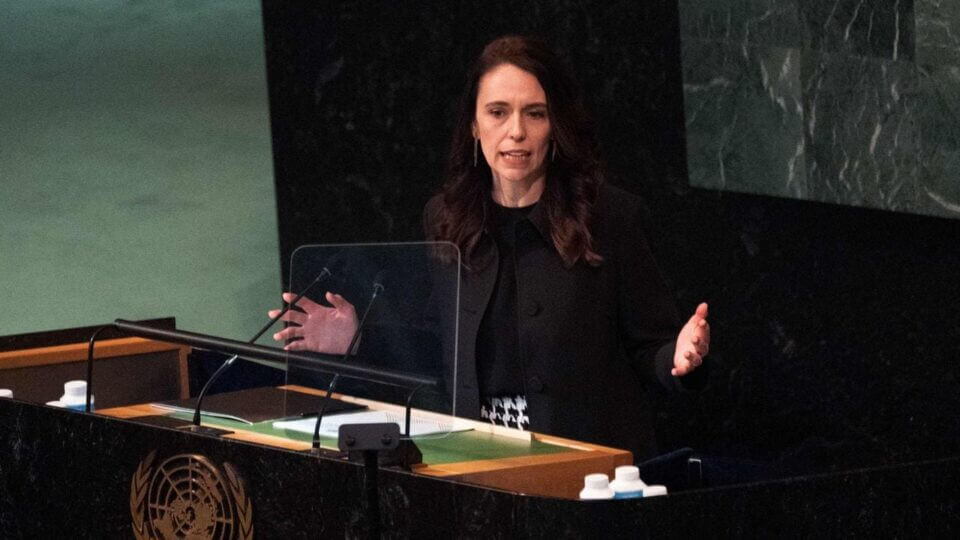 “[Prime Minister Ardern] is correct that nuclear weapons arsenals carry with them great risks of widespread destruction. However, the greatest risk lies in committing not to use them.”

The spirit of the United Nations’ Nuclear Non-Proliferation Conference in August contrasts sharply with the reality of Russian President Vladimir Putin’s recent nuclear threats over the annexation of Ukraine. During the August 1st-26th Conference on the Non-Proliferation Treaty (NPT), which is widely held to have failed, New Zealand Prime Minister Jacinda Ardern called for a renewal of efforts to achieve global nuclear disarmament in an article in The Guardian. Her commentary, which was published on August 24th, is noteworthy because it is very typical of views expressed in other medium democratic powers, like Italy, Germany, and Spain. Australia, by contrast, has a more sanguine approach to the possibility of having to provide its own security, and Canada has largely followed the United States on this issue.

Prime Minister Ardern begins her Guardian commentary by citing the figure of 355,000 presumably innocent Japanese non-combatants killed by nuclear weapons in the port city of Hiroshima and the military industrial city of Nagasaki in 1945. Prime Minister Ardern sidesteps the fact that these nuclear strikes, in conjunction with the Soviet invasion of Manchuria, saved the lives of perhaps millions of Japanese civilians had the United States been compelled to invade Japan.

Imperial Japan was itself engaged in nuclear weapons research, with both a naval and an army program, and it is unimaginable what it would have done with such an arsenal if it had succeeded. It had a robust biological weapons program (Unit 731) conducting full-scale experimentation on Chinese villages, such as Changchun, and with plans for balloon delivery to North America. Tokyo sought to unify Asia through the invasion of China, India, the Russian Far East, Southeast Asia, and Australia; killed approximately ten million Chinese between 1931 and 1945; and egregiously flouted the Geneva Conventions on the treatment of prisoners of war. Even if one were to resurrect the rightist Japanese argument that Tokyo’s role was to liberate Asian people from European colonization, it would not explain why Philippinos, Indonesians, and the Vietnamese were adamant in not wanting to replace one occupier with another. One would have to engage in legal contortions to see the Japanese people as victims of the government they fought so fanatically to protect. If legal responsibility for initiating an aggressive war could only apply to a dozen or a few hundred government officials, then, absurdly, conducting a defensive war to protect freedom could be prosecuted as a war crime.

The only solution against aggression is to stand by the courageous promise of immediate and proportional retaliation.

In her Guardian piece, Prime Minister Ardern further states that “nuclear catastrophe is not an abstract threat but a real world risk.” She is correct that nuclear weapons arsenals carry with them great risks of widespread destruction. However, the greatest risk lies in committing not to use them. The moment an aggressor realizes that nuclear weapons are never going to be used, they cease to deter, and invasion becomes a likelihood. Russia has repeatedly threatened to make use of nuclear weapons in its invasion of Ukraine, hoping to neutralize an extension of the American nuclear umbrella from North Atlantic Treaty Organization (NATO) members into Ukraine. Similarly, China will seek to use its nuclear umbrella to cancel the United States’ nuclear arsenal when it makes its bid to invade Taiwan. The only solution against aggression is to stand by the courageous promise of immediate and proportional retaliation.

Prime Minister Ardern’s statement “that nuclear weapons do not make anyone safer and no longer have a place in our world” is flatly rejected by the outcome of the Cold War. Every state that has ever been the victim of the humiliation of foreign occupation rejects Prime Minister Ardern’s assertion that “…there is never justification for the deployment of nuclear weapons.” There is absolutely no moral ambiguity about the fact that none of the many Eastern and Central European Warsaw Pact states that fell under Soviet occupation wanted anything but independence from what can only be called a waking nightmare. The collapse of the Warsaw Pact in 1989 was unprecedentedly abrupt for this obvious reason.

Nuclear weapons would have deterred Adolf Hitler, just as the British biological weapons program deterred Berlin from gas attacks during the Second World War. Nuclear weapons, in turn, deterred the Soviet Union during the Cold War. Had Ukraine possessed nuclear weapons, President Putin would never have invaded in February. Nuclear weapons on Taiwan are the surest way to maintain democracy in Taipei. To highlight the grossly simplified idea of peace (popular among activists) and to abandon conveniently the mistreated people of Hong Kong, North Korea, and the Uyghurs (if not the Chinese people themselves) is morally incompatible with the democratic principles of self-determination. Prime Minister Ardern’s commitment to nuclear disarmament constitutes, in effect, an abandonment of the peoples of Ukraine, Poland, Finland, Taiwan, and South Korea. Prime Minister Ardern is mistaking the “nuclear abyss,” for what is genuinely valuable to those caught on the frontline against totalitarianism: freedom.

Unfortunately, the principal thrust of her argument is to discredit the historical importance of the American, British, and French nuclear arsenals that were the cornerstone of George Kennan’s Containment Strategy that peacefully won the Cold War against the Soviet Union, freeing hundreds of millions of souls from totalitarianism. Her comments also ignore the painful lessons of appeasement of fascism in the 1930s. The venue of her opinion piece is ironic given The Guardian’s contemporary and lucid criticism of the September 1938 Munich Agreement, in which British Prime Minister Neville Chamberlain and French Premier Edouard Daladier desperately gambled away the freedom of a critical democratic ally, Czechoslovakia. In 1937, the prior French Prime Minister Léon Blum had already abandoned France’s other allies when he sought a reduction in French armaments so as to reduce tensions, rather than preparing France for war. Their collectively demonstrated irresoluteness in deterring Germany led Adolf Hitler to initiate the catastrophe of the Second World War.

Prime Minister Ardern further argues that the 1968/1995 Non-Proliferation Treaty (NPT) “played an important role in lowering the risk of these weapons.” This is false. It was the end of the Cold War that caused the number of nuclear warheads to plummet. Victory against communist totalitarianism in the Cold War, using nuclear weapons to bolster a restrained and wise Containment Strategy, was achieved by patiently nurturing a middle class in the Soviet Union, leading to regime collapse. Prime Minister Ardern does not seem to know the origin of the NPT. It was an Irish proposal agreed to by the Soviets only because of the fear in Moscow of an independent West German nuclear arsenal, a state whose previous regime attempted a genocidal annihilation of European Russians. The deal was that, aside from United States-supervised nuclear warheads held by select NATO countries, both Washington and Moscow agreed not to encourage nuclear proliferation.

The United States is, therefore, involved in a civilization-saving race to spread democracy faster than nuclear proliferation.

In fact, it was while the NPT was in effect, that proliferation was most pronounced, with Israel (1968), South Africa (1983), India (1974), Pakistan (1988), North Korea (1995) acquiring their nuclear arsenals. States facing existential insecurity will acquire nuclear weapons if they are unable to obtain reliable protection from a nuclear-armed ally. Japan and Germany’s lack of nuclear weapons are due to believable United States security guarantees provided by its extensive and robust nuclear arsenal. It has almost nothing to do with the NPT. Despite waves of vocal populist anti-nuclear movements in the West from the 1970s onward, mainstream European politicians insisted on a robust NATO nuclear deterrent consisting at its height of 8,000 tactical and theater nuclear weapons. For the sake of stability and peace, Moscow and Beijing need a renewed warning about the credibility of the nuclear deterrent of the alliance of democracies.

Prime Minister Ardern does not mention at all how her vision of disarmament is to be achieved, beside a mysterious hope that the legalistic machinations of the NPT will somehow pop into existence a world judiciary capable of compelling adherence to its articles. Her vision is also morally bankrupt if it requires freedom-seeking peoples to abandon their liberty and accept foreign domination for the sake of some dystopian form of world peace.

There is in fact a plan, but perhaps due to its complexity, Prime Minister Ardern has once again omitted its mention. Nuclear disarmament is the single most important foreign policy goal of the United States and its democratic allies. The plan is to create middle classes in every country through wealth generated by commerce, thereby fostering liberal democracies and eventually creating regions of democratic peace, since democracies do not engage in war with one another. The United States is, therefore, involved in a civilization-saving race to spread democracy faster than nuclear proliferation. The path to this objective is uneven because liberal democracies are currently outnumbered and lacking in power.

What little power the democracies have is used to ensure that there is no unification of the Eurasian landmass by a hostile non-democratic state, a threat which has emerged every half-century from the Spanish Empire to France under Louis XIV and Bonaparte to Germany to the Soviet Union and now to China. A unified Eurasia equipped with nuclear weapons would concentrate enough power to extinguish the global democratic experiment. Because power still matters, the United States must frequently compromise on its liberal impulses when establishing alliances with states like Saudi Arabia, Pakistan, and Turkey. And, after all, American investment of trust and treasure in authoritarian South Korea and Taiwan from the 1950s eventually led to two of the world’s most law-abiding and liberal states par excellence.

Julian Spencer-Churchill is an associate professor of international relations at Concordia University and the author of the 2007 book Militarization and War and the 2014 book Strategic Nuclear Sharing. He has published extensively on Pakistani security issues and arms control and completed research contracts at the Office of Treaty Verification at the Office of the Secretary of the Navy, and the then-Ballistic Missile Defense Office (BMDO). He is a former Operations Officer, 3 Field Engineer Regiment, from the latter end of the Cold War to shortly after September 11th.