Canada and the Many Problems with Euthanasia 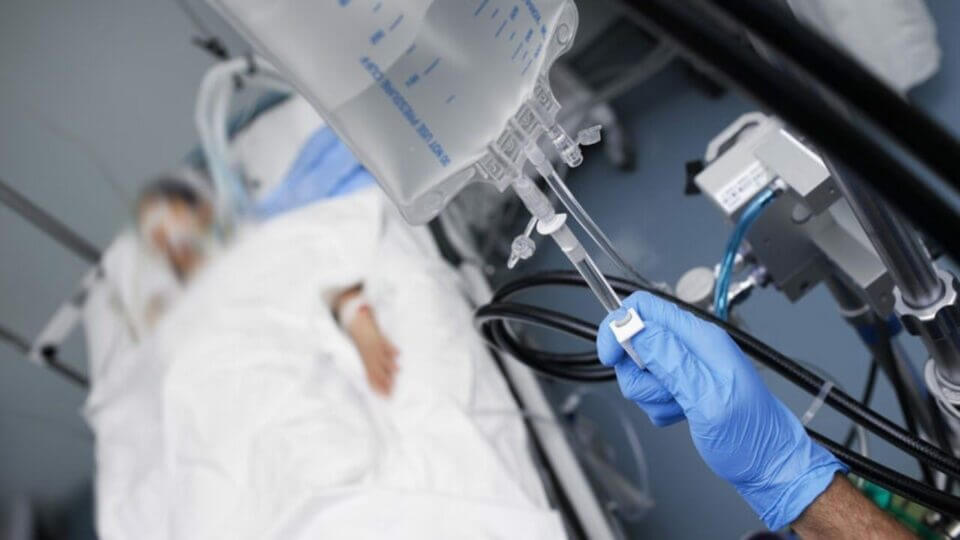 “The story goes on to detail another Canadian citizen who was repeatedly and continuously offered euthanasia, to such an extent that he began recording these occasions.”

Euthanasia has jumped once more into the public consciousness, as former British Health Secretary Matt Hancock announced his support for its legalization once more last month and reports emerge that the number of euthanasia cases in Canada rose by 32% in 2021. Currently repackaged as “assisted dying”–as if death needed any help–euthanasia has consistently and aggressively been presented as the “compassionate” option or, even worse, as a money-saving exercise. Yet it is not only the terminally ill who are in question but, rather, the mentally unwell and those who have suffered from traumatic events.

One National Post story last month out of Canada exemplifies this. According to the story authored by Tristin Hopper, a military veteran suffering from post-traumatic stress disorder was casually offered, by the Veterans Association of Canada (VCA), the option of euthanasia, unprompted. The first obvious issue to arise here is the casual nature with which such a serious topic is broached; dying is in no way casual, and to present it as merely one option among many is deeply concerning, as if it were simply “healthcare.” Such a representation is the same as that which pretends abortion is healthcare, when in reality the termination of life—even at a cellular level—is “care” only to the parties not subject to such termination.

The second issue is the less obvious but the more sinister of the two: that such an option was offered unprompted. Hopper’s National Post story is harrowing to read, for obvious reasons, but among which is reports that the veteran in question was, apparently, recovering well. His being offered euthanasia suggests that the recovery was compromised briefly. However, setbacks are common during recovery. Fortunately, the VCA deeply regrets the act, yet this incident is not isolated, either in its nature, or to the VAC. The story goes on to detail another Canadian citizen who was repeatedly and continuously offered euthanasia, to such an extent that he began recording these occasions. And, to make matters worse, the hospital was clearly pressuring him by telling him his care cost “over $1,500 a day.” Further incidents are detailed elsewhere, such as Canadian Alan Nichols’ application for euthanasia over hearing loss, a story becoming all too common in Canada, or the state of Oregon in which the vast majority of applicants for euthanasia are concerned with being “less able to engage in activities making life enjoyable.” With Canadian laws set to become more permissive, expanding to include “psychiatric conditions,” this is a troubling trend indeed.

This article is not about the legitimacy of euthanasia, though I am personally skeptical of its virtues. What concerns me instead is the finality of such a decision, as well as the danger this presents in a culture that so often unquestioningly accepts the immediate beliefs of individuals. By this, I mean two things. First, “immediate” here means the temporally bound and unextended demands: The West today, dominated by a permissive liberalism, has at its heart an exaltation of uncritical desires, a fear of moral theorists from Aristotle’s appetitive reasoning to Locke’s distinction between liberty and license. It is not hard to see this in our current world: rampant drug use; rising alcoholism; extraordinarily liberated sexual practices; and so on. A research paper from 2015, authored by Donley Studder of Strathclyde University and Gordon Burns of West Virginia University, explicitly connected the increasing permissiveness of Western civilization to the topics previously mentioned (abortion and euthanasia) among others.

But the second part of this that is often brushed over is that it is an individualized license. John Locke’s writings on education make a careful distinction between liberty, as the rational decision to act (or not) on desires, and the irrational inability not to act on our desires: “he that is not used to submit his Will to the reason of others when he is young, will not hearken or submit to his Reason, when he is of Age to make use of it.” In the context of modernist individualism, this danger of not being able to control one’s own desires is even more urgent, as the source for panicky demands is the internal self, against which, in modernity no standard of judgment can be raised.

We find ourselves, then, at a toxic meeting point: an alliance between permissiveness and the sovereignty of individualism. This is why objections to actions which we presumed only to affect the person doing them (what John Stuart Mill called “self-regarding actions”) fall so flat. This is because under the conditions of liberal modernity, if “I want,” then “I should get.”

Yet, what happens when we should not get what we want? What if I want to saw off my leg, despite it being perfectly functional? Or, to be more direct, what if I want to kill myself? Now, a reasonable response might be, “If you stop and think about it, you don’t actually want to do so.” But in our present predicament, there are three objections to this response: First, who are you to say so? If the authority is myself, and only I have access to knowledge of myself, then you cannot possibly claim that. Second, even if such a response is correct from an objective position, if a person is deluded enough to do something so self-harming, what evidence is there to suggest he has the capacity to reflect on doing so? Again, we might try to help such a person out of his delusion, yet we return to the first objection, and we have to ask “How?” The self is the authority, so the desire to change has to come from within that self first. And if one does not have the capacity to do so, we are led into an infinite trap.

It is the third objection, however, that is most dangerous. We have to remember that the act of deliberation (of thinking about what we really want) is a temporally extended act. It requires time. And in a culture of immediacy, driven by what Patrick Deneen describes as liberalism’s “timelessness,” there is no cultural structure through which to do so. This is not purely because of liberalism; indeed, as Deneen shows, a tendency towards “presentism” is an inherent part of human nature, and the art of governance has always been an aspiration of moderating this. Instead, we now exalt it.

This is, to my mind, how we can best explain phenomena such as the rise in “trans children,” both in terms of its mainstream acceptance, as well as the concomitant rise of “de-transitioners.” Yet it is also the motivating factor behind attempts to change the Gender Recognition Act in the United Kingdom to be centered on self-definition, the nascent but growing idea of “self-defined disabilities,” and so on.

There must be a way out of this. The work to do so is a difficult one, but I think we can begin by reorienting our understanding of individuality, by retrieving the idea of personhood as a developing, never developed, identity. Under this understanding of ourselves, we move away from believing there is a crystallized moment of modernity that we reach—pace Mill—from which we can reason appropriately and completely. In its place, we recognize that we never achieve full self-knowledge, either as a categorical objective self or as a subjective “me.”

We can do so from remembering the theory of self-consciousness put forward by G. W. F. Hegel. Hegel’s theory of the master-slave dialectic is well-catalogued, so for the sake of brevity, it can be abridged so: Awareness of self is a latent quality, which is achieved in the move to consciousness through the realization of that self in the world. Hegel’s preferred method of this, laid out in the Outlines of the Philosophy of Right, is the function of property, but here we can summarize this “realization” as the ability to shape the world according to our own desire. Yet, when we reach another being in the world capable of such consciousness, on whom we cannot imprint our desires, we are wrenched from consciousness only and brought to self-consciousness, in the literal sense of consciousness of self, of our creative powers, and their limits.

From here, we can recognize that selfhood is a created and creative fact—and possible only in the presence of others. This tears the false individuality of liberal modernity out at its roots, while also retrieving the time dimension of personhood through the reality of its ongoing refinement.

What does this mean for euthanasia? At an ontological level, it undermines the key agential factor in the “decision” to end one’s own life, by reorienting decision-making away from the sovereign self. It does this in two regards: First, rather than the self being an agent of pure, immediate desire, Hegelian philosophy and the image of the “developing person” expands the time dimension of decision-making, such that deliberation, even internally, is centered on life and not merely “day-to-day living.” However, it is the second regard which pulls such deliberation out of the individual and returns it to the public sphere, a place where life is made worth living through our friendships, family, and neighborhood. The final decision made over ending one’s own life still lies in the hands of the individual, but the individual making that decision is no longer an atomized and removed human. Instead, he is a genuine, fully-engaged person.

Moreover, this metaphysics also lays the foundation for doing away with the self-derived notion of goodness; by recognizing that the public, the interrelational, is the place where identity is realized, we move back toward a world where pure subjectivity is rejected for its unsustainable and unjustifiable relativism. Only by doing so can we begin to return to putting objective standards of self-harm back in their place and, in doing so, ensure euthanasia—if it is to be offered at all—is a persistent and certain desire and not a momentary option chosen amid panic or loneliness.

Jake Scott is a doctoral researcher in political theory at the University of Birmingham and is a conservative writer and commentator.