Why Is This Not Enough? 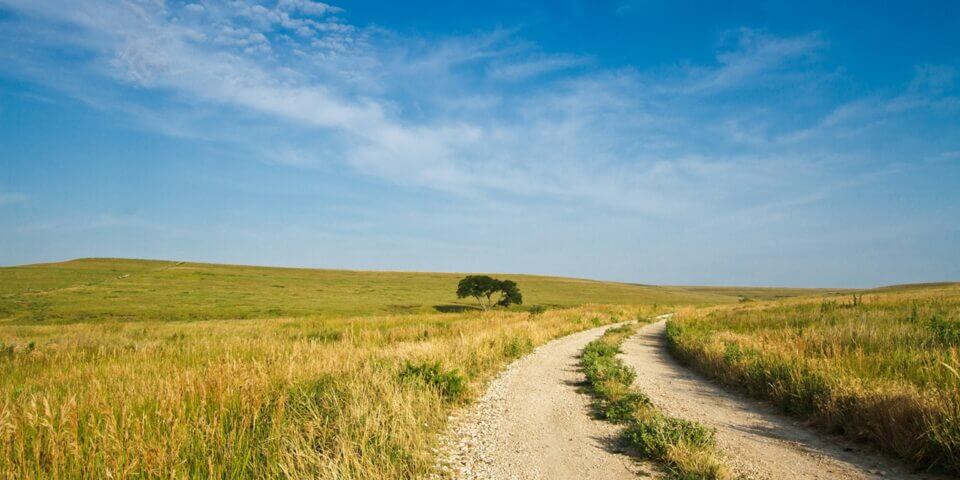 “Jackson was out walking on his property in Kansas one spring day and called Jensen with a simple question: ‘Why is this not enough?'”

Editor’s note: This essay is adapted from An Inconvenient Apocalypse: Environmental Collapse, Climate Crisis, and the Fate of Humanity, which to be published by the University of Notre Dame Press in September of 2022.

One of the universal characteristics of Homo sapiens seems to be that we are a meaning-seeking species. Across time, place, and circumstance, human beings try to figure out what it all means or does not mean.

We are surrounded by mystery in what we often call “nature.” The ecosphere was created by, and continues to be maintained by, forces beyond our capacity fully to understand or sometimes even to identify. We also often are a mystery to ourselves. We can reflect on our inner lives and recognize that whatever research might reveal about human psychology, we barely know ourselves as individuals or a species.

Humans look outward and inward. And, if we are smart, we realize that what we know is overshadowed by what we do not know.

Where does that leave the two of us? We cannot help ourselves from pondering questions that people likely have pondered for as long as there have been people. Why is there something rather than nothing? What came before the universe came into being? We have no expectation of definitive answers but great expectations of a pleasurable engagement with others in speculating.

Jackson was out walking on his property in Kansas one spring day and called Jensen with a simple question: “Why is this not enough?”

Jackson ticked off a list of the plants he had cataloged on the walk and described a spider web between two trees that he had been studying. Then he talked about imagining the journey that a branch he threw into the Smoky Hill River that runs behind his house would take to the Gulf of Mexico. The Smoky Hill joins the Republican River at Junction City, which forms the Kansas River, which joins the Missouri River at Kansas City, which joins the Mississippi River just north of St. Louis, which flows into the Gulf of Mexico.

(Although the Mississippi is the more famous of the two rivers, the Missouri is actually longer, the longest river in North America at 2,341 miles, 21 miles longer than the Mississippi. We threw in those details at no extra charge.)

Back to the branch. Would that branch make it all the way to the Gulf? Would it get hung up on the shore at some point? How many people would we have to deploy to watch along the banks of the rivers to get an authoritative account of the branch’s journey? How broken up on rocks would it have to get before we would say it is no longer the same branch but would instead consider the broken-up parts to be new things, a naturalistic version of the ancient Ship of Theseus thought experiment (if, board by board, every component of the ship were eventually replaced, would it still be fundamentally the same ship?). Those are the kinds of questions that go through children’s minds when they throw a branch into the river. If we are lucky, they are the kinds of questions we still ponder as adults. They are the questions that arise from an active imagination.

Indeed, why is this not enough?

We find the authentic underpinnings of meaning in our own engagement with the world around us. All of this—the seeing, the smelling, the pondering, the emotions that arise in us when we talk about it all—is enough.

Enough for what? For us, it is enough to create an adequate sense of the meaning that humans seem to require. If the physical world is all there is, so what? It is a pretty amazing place. It is still a world in which our attempts to understand can provide all the meaning we need.

All of this is a source of endless vexation and immeasurable joy. We wish we understood it all, and we are glad we do not.

Wes Jackson is president emeritus of The Land Institute. Robert Jensen is emeritus professor in the School of Journalism and Media at the University of Texas at Austin.