Drivel’s Advocate: Why Nonsense Is Necessary 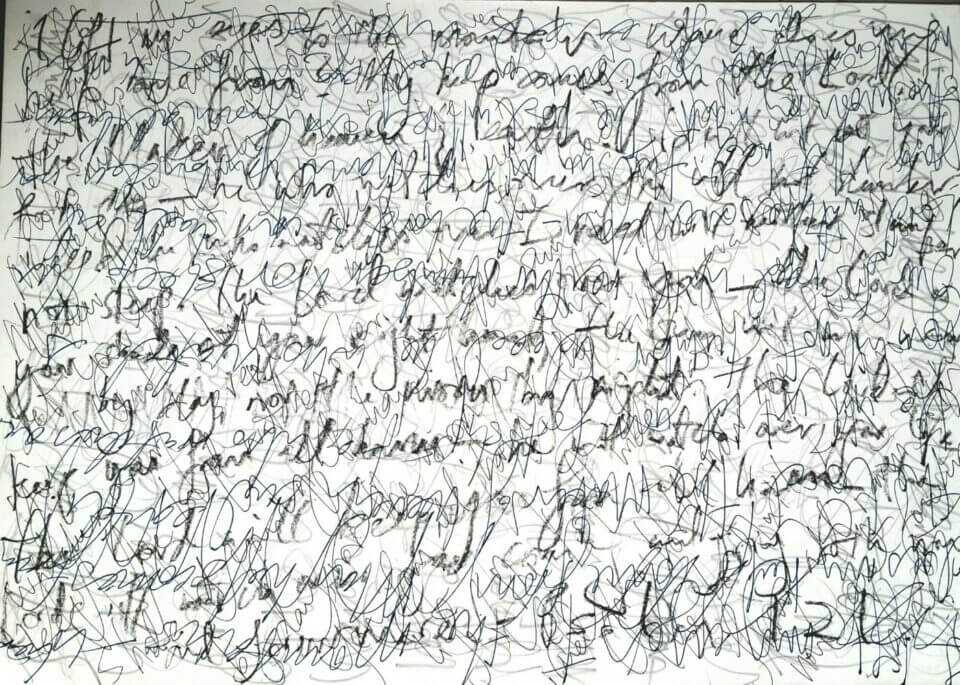 “To us it should be plain that bad information accompanies the good: that it is (as death is to life) the necessary dark background against which one might see any light at all.”

Just when journalists had forgotten about Joseph James Rogan (the affable, apelike bruiser of a kind with which they had not been obsessed since President Theodore Roosevelt Jr. first allowed them into the White House); just when all scowl and spotlight had been focused elsewhere, on distant Eurasia, the man fell for the notion that Steven Seagal—guitarist, lawman, sensei—had joined the Russian special forces circling Kyiv. Laugh all you like, but it was in that same week when men with fewer excuses than Rogan genuflected before the invisible Ghost of Kyiv and the thirteen islander Spartans who, it turns out, might have never declared a Ukrainian version of “come and get them.” Here is W.H. Auden in August of 1968, as Soviet tanks crawled into Czechoslovakia:

“The ogre does what ogres can,

Deeds quite impossible for Man,

But one prize is beyond his reach,

About a subjugated plain,

Among its desperate and slain,

The Ogre stalks with hands on hips,

While drivel gushes from his lips.”

As information has become limitless and its distribution unrestricted, journalists naturally fear that their privileged vocation is turning mundane. How else could they be tempted to think that the public suddenly needs protecting from too much of it? After all, to say that information is incomplete or imperfect has always been redundant; and though they might have recently adapted a Russian word and begun calling it disinformation, lying is not novel either. But it is the illiberal character, as Auden knows, that seeks to be sanitized of the muck and mire of free exchange and that is inevitably left with ogrish drivel—sterile propaganda and officious cliché, of which we cannot be rid in any case. To us it should be plain that bad information accompanies the good: that it is (as death is to life) the necessary dark background against which one might see any light at all.

The less celebrated corollary of J.S. Mill’s case for claptrap is that a preponderance of piffle is a sign of a habitually—and not merely de jure—liberal society.

The circulation of nonsense has practical and diagnostic value. The first is obvious: The more one is exposed to wildly disparate attitudes, or “experiments of living,” as John Stuart Mill puts it in the unimprovable On Liberty, the better one can deliberate about one’s own. The flawed beliefs others hold and the sordid behaviors to which they are led because of them, their missteps and misfortunes, are forewarnings in dramatic enactment. Mill is not concerned with state suppression of the unorthodox (which was improbable in Victorian England) but rather with the tyranny of accepted opinion—the social penalties imposed on quirk. Mockery and hatred and contempt can be appropriate and satisfying, but to pursue these until their subject is ostracized destroys the practical value of nonsense for those on whom it has not yet been inflicted. Take a doctoral candidate writing in The Washington Post that “one’s entitlement to freedom is a key component of White supremacy”: scrap paper to rekindle one’s reverence for liberalism. Or consider David Brooks calling the invasion of Ukraine “the continuation of identity politics by other means.” Once our eyebrows have regained their original position, we should feel better off having read this sort of twaddle. Encountering continuous, copious, and obvious rubbish is the surest means of catching our cognitive biases in the act and of exercising the virtues of discernment and verification (not to mention vindication—it would be a shame if one were to have fewer occasions for being proven right).

The less celebrated corollary of J.S. Mill’s case for claptrap is that a preponderance of piffle is a sign of a habitually—and not merely de jure—liberal society. After her timeout, Whoopi Goldberg (who had been suspended in February by her employer for not mentioning race in the context of ethnic cleansing) returned to the semicircular glass soapbox of The View mumbling something about the importance of having difficult conversations. We might never again hear her mention the Holocaust (a small price). But the sexegenarian comedian has probably not become a student of the history of 20th century mass killings, either: “I will work hard not to think that way again.” We have wasted this shot at collectively interrogating the belief that blackness is a more real racial category than others—a very recent and very American conception—and discouraged its being brought up again by the many who likely hold it. Similarly, whether one’s epidermis or reproductive equipment is relevant to the function of the United States Supreme Court (which Ilya Shapiro broached at the same time and for which he was professionally scalped) is important enough to fiercely keep out of the realm of taboo. Georgetown Law circumscribed by tripwire the idea that Justice Stephen Breyer’s successor should be someone like Chief Judge Sri Srinivasan—a non-black non-woman—because it castigated the way one scholar chose to express it. President Joe Biden has already nominated Judge Ketanji Brown Jackson, who is probably just as well suited, for the gig. But under these circumstances who will dare dredge the fundamental, unanswered question back up when it is time to replace, say, Justice Clarence Thomas? I wager many with appointments at law schools will rather keep quiet. To have pushed one more idea beyond the pale is to have made our culture marginally less free.

Speaking out—running the gauntlet of scrutiny and time—is the final stage of thought; hardly can an idea be consummated otherwise and the two habits mature or wither together. Picture, for instance, if well before the invasion of Ukraine we had had an unremitting debate about the meaning of American national interest: It would be impossible to determine any sensible definition for the concept without trying on for size, and discarding, some trite patter and common tripe (e.g., that America’s reputation among central and northwestern Europeans is vital). By hammering against the firmest bottom of such dreck, some shapely idea to guide foreign policy might have been formed before the 3M14 Kalibr cruise missiles flew and Anne Applebaum tried to rally the readers of The Atlantic to “our front line” in Chernihiv or Chernobyl. The expectation that each sentence committed to paper or podium ought to first be made anodyne would turn us all into bores; that it should be fully developed, caveated, and unassailable should leave us all mute. This is not to repeat the truism that what sounds like nonsense today may later be proven to be true (out of the mouths of babes or bimbos, et cetera) but that truth cannot be recognized without its contrast to untruth. Argument for argument’s sake is the best instrument we have yet wielded against ignorance. If the nonsense stops, soon enough intellectual progress will, too.

This is not the age of mis- or dis-information but of heightened hysteria about it. (The pioneering fraudsters of the 19th century, for recent example, could put Cold War info-warriors to shame.) A healthy political community must, in virtue of the liberty it affords its members, accept some stupidity and lying as that liberty’s byproduct and an encouraging sign of its exercise. Legacy media will continue to lament the public’s creeping distrust in institutions such as themselves, but a credulous and compliant citizenry would, besides being an oxymoron, inhibit the conditions that allow the freedom of those institutions in the first place. Unfettered expression need not be fail-safe. There is no reason to assume that truth and good information always and necessarily extinguish falsity and bad information (the early Ukrainian resistance, for one, relied entirely on this not being the case). Yet to enjoy any worth having, we must make do with both. The next paper or magazine you find rolled into a cylinder and stuffed into your mailbox, bisect it without fear. Take a moment to inhale luxuriously—celebrate sundry bull—t for what it is: the unmistakable whiff of a free society.