Ukraine and “The Fog of War” 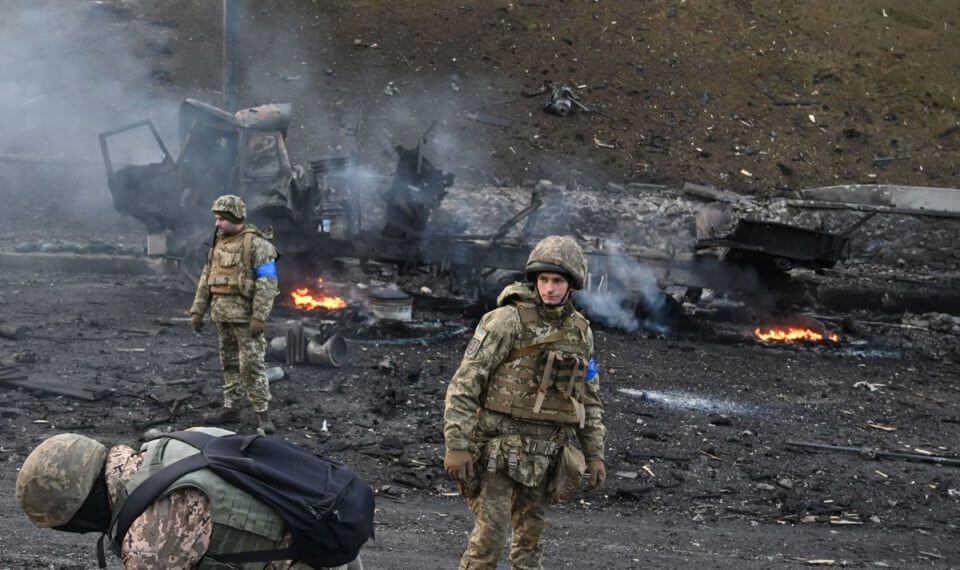 “Amid the memes and rhetoric, there has been much in the way of propaganda, unverifiable information, and outright lies that seem, at times, not to be appreciated for what they are.”

It was February 24th when Russian forces crossed into Ukraine. Much has since been said of the subsequent conflict, referred to by President Vladimir Putin as a “special military operation.”  What has not been given as much attention, however, is how the invasion also signifies the re-emergence of the “fog of war,” a term often traced to the 19th century Prussian general Carl von Clausewitz, in the way that the conflict is perceived by the world at large. In an ostensibly interconnected world, this can have far-reaching consequences.

Much as it had been in Clausewitz’s time, the fog of war describes the uncertainty of the battlefield, be it due to geography, the lack of relevant intelligence, technological limitations, or the inherent chaos of conflict itself. In the 21st century, these sentiments might seem quaint; in addition to the ubiquity of satellites and drones, the proliferation of social media has seemingly made the fog of war all but obsolete. One need only look at the situation in Ukraine: From the very beginning, there has been no shortage of commentaries, memes, livestreams, captured videos, and tweets covering or discussing the events as they have occurred. Depending upon whom one asks, it is a fight against fascism, an underdog defiantly resisting an aggressive empire, the world against a war criminal comparable to Adolf Hitler, or a good-vs-evil stand straight out of a Marvel movie.

Given the degree that most nations have lined up to condemn or sanction Russia, it is tempting to conclude that the war appears straightforward or that the facts are settled: Russia is losing, with the world collectively standing up to it. Unfortunately, a major casualty has precisely been that sense of clarity. Amid the memes and rhetoric, there has been much in the way of propaganda, unverifiable information, and outright lies that seem, at times, not to be appreciated for what they are.

Take the vaunted “Ghost of Kyiv,” for example, a nickname ascribed to a latter-day fighting ace who reportedly took down six Russian jets during the initial stage of the invasion. This anonymous figure not only gained fame across the globe but was also being touted by the Ukrainian Ministry of Defence. It was not long, however, before the footage depicting this mythical fighter was revealed to come from an edited clip from the video game Digital Combat Simulator, made by a fan as a tribute to the Ukrainian defense.

As the conflict dragged on, more such instances began popping up with growing frequency, whether due to the sheer volume of information being transmitted, a lack of oversight from fact checkers, or both. Many widely-shared images of Ukrainian President Volodymyr Zelenskyy showing him directly joining the fighting were found to have been taken months before it happened, either in April of 2021 or in December of that year. Observers, including the BBC, have also noted that other viral images shared in the wake of the invasion purportedly showing footage from the ground were actually taken from years before and from nations as far away as Syria.

Then, on March 4th, not only were reports surfacing that the Zaporizhzhia Nuclear Power Plant was on fire as Russian and Ukrainian forces engaged one another, but claims surfaced (and were repeated by President Zelenskyy on Twitter) that there was a risk of another Chernobyl-type catastrophe that would “threaten all of Europe.” In reality, the fire occurred at an employee training building, away from the actual reactors. Moreover, neither the International Atomic Energy Agency (IAEA) nor other independent experts identified any actual cause for concern, inviting questions over why such alarms were raised.

Such questions are just part of a wider sense of confusion over what is happening on the ground, even as the outside world cheers for the former Soviet republic to continue fighting. Commentators as ideologically varied as Tucker Carlson, Glenn Greenwald, and former Congresswoman Tulsi Gabbard are publicly questioning just how truthful the Ukrainian government is being, as well as whether Western countries are getting too involved in a regional conflict that could easily get more out of hand if approached recklessly. All the while, Russians themselves are more likely to use social media platforms such as Telegram and VK while their government has blocked Facebook and limited access to Twitter, reducing their ability to contradict official propaganda. This has further contributed to how the conflict is being seen quite differently depending on where one lives.

My personal sympathies are with the Ukrainian people’s plight and for those caught in the line of fire. Their sheer defiance and hardship are clear enough for all to see, the fog of war notwithstanding. With that said, the fog of war and its accompanying opaqueness on more specific matters can be put in service of propaganda or knowingly promoting falsehoods.

And though it is taken for granted that the Russian government employs fake news and misinformation to achieve its goals, the growing tendency to dismiss Russian perspectives on the war has made it more difficult to understand the circumstances that led up to the invasion, as well as how it could have potentially been prevented. This is exacerbated by efforts to censor Russian state media outlets in the West.

That Ukraine is winning hearts and minds on social media, however, ought not overshadow how there has been some manipulative PR involved. Whether it be the “Ghost of Kyiv” or attempts to solicit more direct European Union and North Atlantic Treaty Organization (NATO) support through the Zaporizhzia claims (even when such aid would risk triggering a third world war), Ukraine clearly hopes to boost the morale of its own citizens while also garnering greater international support, whether that takes the form of increased arms shipments or more foreign volunteers. At the same time, doubling down on such PR efforts risks undermining Ukraine’s moral high ground by raising doubts over the reality of the situation. This is further complicated by the misguided promotion of the controversial Neo-Nazi-linked Azov Battalion, as well as handing weapons to convicts.

As much as such content has played a role in influencing global public opinion, it has almost certainly helped to fuel the borderline—and outright dangerous—overconfidence some in the West feel regarding the invasion’s outcome. It manifested in calls for direct NATO involvement, appeals for escalation, and virtue-signaling boycotts targeting ordinary Russian citizens rather than just politicians and oligarchs. It likely contributed also to the bouts of outright Russophobia that have recently emerged.

Many of the issues can be explained by the fog of war and what Chronicles associate editor Pedro Gonzalez has called a case of “catastrophic information failure,” which would come to haunt NATO sooner or later. Meanwhile, for foreign policy analyst Clint Ehrlich, this raises a troubling moral quandary: “Are we really helping the Ukrainians by encouraging them to fight?” For those even remotely familiar with Russian military doctrine or the devastation of Grozny during the Second Chechen War, it is sadly not difficult to see what the likely result of the cheerleading and grandstanding will be.

The prospect of nuclear war remains remote; memes and questionable outbursts have not displaced longstanding norms in international politics. All the same, however, I would not be surprised if years after the dust settles, scholars still struggle to make sense of what actually happened, as well as why so many spread outright falsehoods despite having greater access to information than those watching the War in Vietnam or Operation Desert Storm. No single explanation could really suffice. Maybe it is willful ignorance, a desire to see Ukraine triumph against all odds, lingering grudges against Russia, or perhaps the view that we do, in fact, know enough, despite knowing less. Ultimately, it is the Ukrainians and Russians alike who will primarily bear the cost in the long run, while the outside world cheers and demeans them, respectively, on shaky ground. The damage being done (and the resentments being festered) could take a generation to mend. Their voices, more than any other—ironically, enough—are at risk of being lost amid the cacophony and discord.

Carlos Miguel del Callar is a freelance writer in the Philippines.