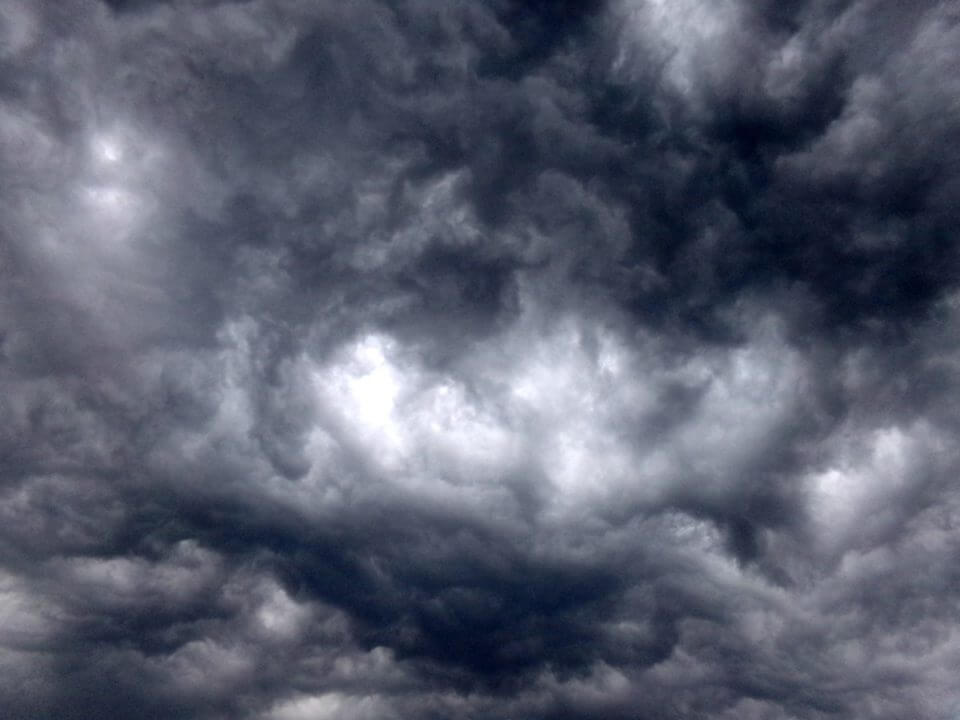 “The citruses will still bear fruit, and if not these,/There will be others to form the soft flesh/Of oranges, new limes: all creating in their rot.”

Along the grey wet concrete of the drive.

I ask, what could matter to me in this I see?

The boughs create their own display, maintain

Still a show of flowers: No attention of mine

Acts to restrain or hasten the season’s wastage.

Urgent observer, though, I pretend there is some

The petals as they fall. But, no, it is my very presence

That is pretense. I, like you, exist in the invisible.

And was all this for nothing? Our close clasping

One to one? Such communion in so many words

Between us? I see all this, and more, being

Stripped from a living bough, perishing in memory.

Does anything remain? Another time, then

Another, rise into mind—times that were and

That have been—all following on these flowers.

What is it that is, that is and is enduring?

Love, we say, we said—and not ours only—

We say, we said, endures, is always there, as

Life itself, as some principle of replenishment.

So loss of this fragile blossom will be no matter:

The citruses will still bear fruit, and if not these,

There will be others to form the soft flesh

Of oranges, new limes: all creating in their rot.

Time was when this long rain, these storms,

Were retribution: a levelling of the score

Downward for humanity, upward for what

Was worshipped, until it came out on top.

So your cancer would be understood as a signal

Of deserving: some wrong of thought, of action

Or inheritance that would be no longer

Be borne in private hiding but wanted out.

And every such response is admission of human

Inadequacy: not guilt, not sin—secondary,

That we are unequal to this place, this life.

If we were, we would accept illness, death,

As circumstance of the wind, the rain: no matter

For regret, but greeted as steps towards renewal:

Embodiments, as they are, of the natural, the cyclical.

But this would be to do away with love. And yet

This complexity, this achievement, in the human

Is impossible to conceive without the certainty

Of mortality. And so the cycle rounds again.

I imagine a God might say, “Take this small

A foot on these roots here—feel the give,

The sponge in the wood, the hollowing soil.”

“Rotting within, out of sight, no spring now

Will visit it. Let’s walk on, for I am tired

Of things that die. In my creation there

Should be something more resembling me.”

The tree is finished, earlier than it should be,

And this is my own doing, in a kind of care:

Care all wrong. It was too late in the season

To be pruning it; it had a truly human touch.

And this is the price we pay: infection inhabits

Everything, gets purchase at any mistake,

Indeed needs none. What will blossom into

The enduring are the things, surely, never made.

That was! The whole house shook, the nearby

Chainsaw whine stopped in its tracks—strange

Silence—a double vacancy as we stepped outside.

The air was still. A distant aero engine ground

Its way into insignificance, a pair of cabbage

Butterflies in their haphazard faltering were

Every garden leaf was poised in glowing

Green or yellowing—some on taller branches

Flickering—and, above us, the clear sky declining

From its high deep blue down to nothingness.

The ticking of the clock: and why should I listen—

Seek—for anything more when these

Could be all my music, all reality?

But, still, I wait on a thought that will transcend

Were there words able to give meaning to this:

That we were not, we are, and will not be.

Why you or I were born is always mystery—

Avoidable, perhaps, if we delete the why

And accept the fact in its simplicity: that we

Too are flimsy blossom, set on some other tree.

Can any sufficient meaning lie here—in the light

Of mid—afternoon, in the swinging agitation

Of leaves caught in the bluster of the air—

In the luxury of all this budding, this decay?

Again and again, I turn from this engagement

In the general thrill and wastage of the material

Away from the physical, the rain, the cold.

Mind on mind—the wind turning on itself—

Rounds unceasingly on what has no existence,

None but the intangible. And this may be my own

Pressing at death, the place where you reside.

These half dozen bees—the other dozens further

Busy things, have a purpose in attention

To the salvia. You were this kind of draw to me.

And we too have played our parts, as it were,

In this creative depredation—the gathering

Of pollen, its chance of dispersal flower to flower.

We have known the gentle motion of the bees.

Involved in the activities of the morning, joining

The bees in the reckless exuberance of the sun,

The garden border. But, like you, I am elsewhere.

There is no reason I know why this forgotten

Feeling comes on me—one that can, in truth,

Never be repeated. It is a mystery of the moment,

Mysterious in itself, emerging out of nothing.

It is of mixed acceptance and apprehension,

Distance and proximity, closeness and

And felt in sudden vagueness and intensity:

It is being with you, in the first of our settlings

Into night—and it is not lovemaking—but being

Side by side, under our shared coverings,

Within our separate lives and their dreaming.

At the very moment I drew the curtains back

A bird sped, bouncing on the air, heading from

The crab—apple to the right, as a flat stone

Might, flung to skim its way above lapping water.

It was a moment such as this that you sped too,

In an instant of loosened connection, away

From the warmth, the hold, the press, of my hand,

Away from the swinging boughs in the garden.

Indifferent to this, the wind will toss fresh

Shivering on the drive. And you, neither bird

Nor stone, have been lost to the streaming air.

Is this what it is to be alone? To sit where no other

Human presence takes up a portion of space?

Where there is, there can be, no consciousness

But this is to see the person wholly in materiality—

Thus, a thing—akin to a possession treasured

For a period of value: one that might, in life,

Be bought, enjoyed, and in death sold.

The mystery is not in death—not yours, nor that

Of any, in illness, age, accident or chosen solace—

No, it is in the beginning, the setting forth, of life

In its separateness, its solitude of self, as now.

Round and round, these silly winds swirl east

And west around the house, drive their gatherings

Of petals, leaves, to other piles, drop new

Pickings where they soak a while, then disappear.

I will leave this place too, as you have done, and

Such departure, for what it gave in liberality

Of existence, will return to seep into other being.

And what of this place when we depart? How

Should it be because of you or me? Surely there

Must be something more of use or worth

In us than mere absorption into other.

And me to follow, it will lose the consciousness

It introduced in us—yours, mine, and ours—and

Everything that was of you and me will be forgotten.

Now it is the sound of gulls—their high calling—

That moves me, where nothing moves,

Where the full-leaved branches barely stir,

And crickets rasp beneath a brighter chirping.

In this solid heat and stillness, the calling

The entry of dislocating voice. And such is all

Voice in its traversing of the earth. Gone now.

Harold Jones is a New Zealander, educated at Cambridge University, where he was awarded an Exhibition to read English. His poetry has been reviewed as “downright incredible,” has appeared in major poetry journals in the United Kingdom and New Zealand, and drawn the praise of leading poets (among others, Ted Hughes: “I find a lot in it to admire”). For a period of 20 years, and now another ten, he sent no work for publication, preferring to work at its development. In his own words, “It is only recently I have felt I have something of value to offer.”