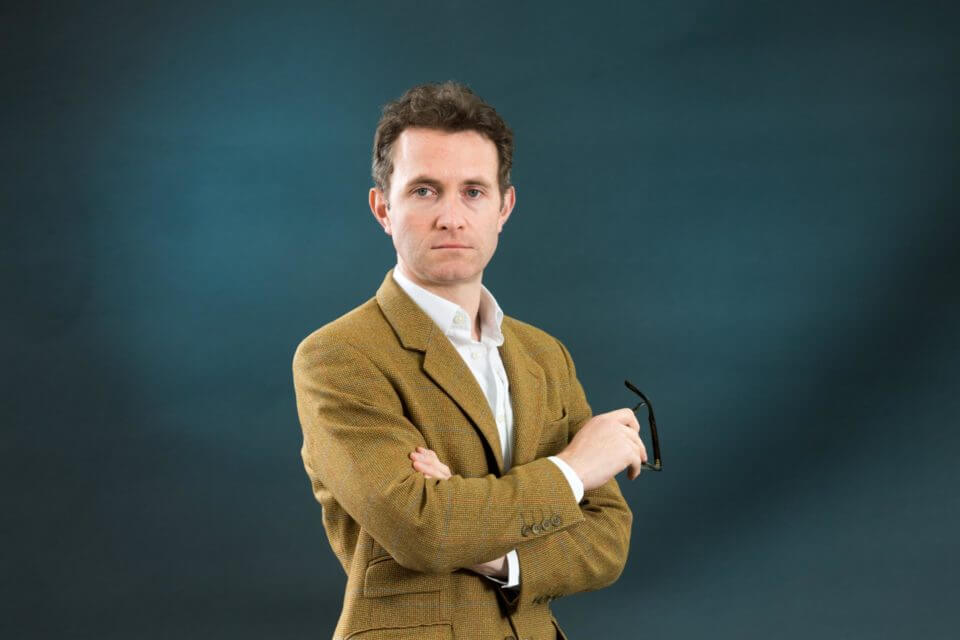 “Given the potential for a more populist conservatism that appeals to those seeking to reweave America’s weakened bonds of social and economic mutual loyalty, the right-liberalism of Murray and others is exactly the opposite of what is needed and wanted.”

The American right is experiencing a ferment of ideas and coalitions with the potential to reorder fundamentally the way conservative politics is done in the United States. Or the swirling tumult could be tamed, bought off, and subsumed by the forces of capital and vested business interests that still guide the hand of GOP policymaking toward neoliberal ends. The outcome is uncertain, the tale not yet written. But one can say that things are happening, even if not all of us are liking what we see.

One of those with doubts is British writer and political commentator Douglas Murray. Having appeared on a panel at the NatCon II conference alongside Yoram Hazony, Sohrab Ahmari, and Dave Rubin this past fall in Orlando, Florida, Murray published a recent piece at UnHerd asking “Why is the Right so Unattractive” to so many non-conservative people. Unfortunately, the piece is badly argued and hinges on a misrepresentation. It also demonstrates the fundamental divide between right-liberalism and a more communitarian conservatism.

Murray begins by asking why left-liberals like Bari Weiss and Bill Maher do not want to join the nascent New Right. Given that many left-wingers made the journey over to the Right in the 20th century, chiefly the first generation of the neoconservatives, why, Murray wonders, is this not happening now? After all, those like Irving Kristol, Norman Podhoretz, Midge Decter and Gertrude Himmelfarb, Senator Daniel Patrick Moynihan, and James Q. Wilson were hardly intellectual slouches, so there must have been something attractive to them in the mid-20th century American right. So what is missing, and what is repulsing those in a similar dissident liberal position from now making the journey?

Referencing a speech made by Patrick Deneen at the same conference, Murray writes that Deneen proclaimed “a lament for the Fifties; for the change in people’s habits of dress, manners and sexual etiquette.” Murray says that he “could not help thinking that here in a nutshell was the main reason why disenchanted liberals like Maher would never in a million years join the American Right.” For Murray, the American right is too focused on illiberal issues relating to reproductive rights (and other red-hot social issues) to attract anyone from across the aisle.

He also lambasts the National Conservatives for wanting to repudiate the classic American separation of Church and State, instead seeking to intertwine religion and state in a semi-theocracy, describing the presence of Catholics at the conference as representative of an “encroachment.” This intertwining is both repugnant to liberals and, therefore, supposedly electorally disastrous. Murray is correct that Americans are increasingly religiously unaffiliated and less likely to belong to a religious congregation. This is why the Catholic Integralist claims should be treated with some scepticism. However, this is not the whole story.

How Murray invoked Deneen’s speech suggested that Murray had listened to a different speech than I did. The talk I watched saw Deneen primarily focusing on issues concerning political economy, covering themes familiar to anyone who has read his 2018 book Why Liberalism Failed or listened to his talks or interviews. Deneen railed against a bipartisan ruling class, what Michael Lind calls the Overclass, that pursues economic policies that atomize and immiserate the multiracial working class for its own benefit, labeling as bigots any who dissent or raise protest at their increasing proletarianization. This economic destruction partners with the liquidation of bonds of social solidarity through socially liberal legislation aimed at placing individual autonomy as the highest good. This has resulted in lonely, economically flagging individuals cleaved from communal sources of belonging and purpose.

Murray mentions none of this in his piece. Instead Deneen, and by extension his compatriots, are labelled as Leave It to Beaver nostalgists. And yet what, precisely, is so bad about desiring that people should conduct themselves appropriately? Why is it engaging in nostalgia to say that there used to be publicly enforced norms and mores that encouraged and enabled the formation of good character, and allowed for a functioning society greased by the lubricant of decorum that made life more pleasant an experience? Maybe Murray’s next book should be called The Strange Death of Decorum, in which old ways have passed and there is nothing to be done.

The efforts of those like Hazony, Deneen et al. were summed up by David Brooks, writing in The Atlantic this past November: “pursued to its logical conclusion [means] using state power to break up and humble the big corporations and to push back against coastal cultural values. The culture war merges with the economic-class war—and a new right emerges.” Deneen’s speech concerned the pre-liberal history of American society, and these lessons derived for a post-liberal age. As an example, in 1778 the Continental Congress recommended that states encourage “true religion and good morals,” considering these “the only solid foundations of public liberty and happiness.” There was no American national church, but the structures of the state were faith-soaked, from school on up, into the 1960s.

Deneen is not proposing a return to this exact order; instead, he is recognizing the role of the state in enforcing norms that exist under any form of political and cultural authority. If race is, as Shelby Steele says, a corruption that is only a means to power, then institutional and values neutrality is a fiction that serves only to veil post-war liberal hegemony, a veil that must be torn away for the Right to gain institutional and cultural hegemony in service of the common good.

Speaking of the post-war order, the mention of neoconservatives as a rational counterpoint to the malign forces of American popery is interesting. Given that Murray authored the 2006 book Neoconservatism and Why We Need It, it seems odd that he has apparently forgotten virtually everything that the neoconservatives wrote and said. The entire point of first-generation neoconservatism was to reaffirm the need for publicly enforced norms, achieved through secular instruments of social science and good public policy rather than primarily grounded in transcendent truths communicated by religious authority and underlying government action.

Murray bewails National Conservatives’ prudishness and obsession with peoples’ sex lives, conveniently ignoring that Kristol wrote the most powerful secular case for banning pornography and that Himmelfarb sounded like a modern Integralist in her social commentary regarding behavior and conduct in a de-moralized society. Meanwhile, as Paul Gottfried has noted, the neoconservative writers and publications of the 20th century like Commentary were not exactly in favor of homosexuality. Furthermore, as Deneen mentioned in his speech, Tipper Gore, that arch-liberal, called for censoring explicit music.

Despite the fall in religious affiliation and attendance, the United States still has a very significant socially conservative chunk within its population. Of course, it is no longer a majority and was not even in the days of the “moral majority.” But it would seem rather odd for the conservative wing of American politics to avoid appealing to this constituency. This also speaks to the fact that many ethnic minority communities are more conservative than the mean. Attracting these voters as part of a developing politics based on a multiracial working class necessitates a more communitarian politics allied to a less liberal, more interventionist, dare I say developmentalist, form of economics.

This more socially solidaristic and economically interventionist orientation is also far less in favor of foreign intervention as the first resort. Of course, the neoconservatism of Kristol and Jean Kirkpatrick is far removed from the internationalist consensus that still holds strong in both parties, albeit with growing disquiet among some in the GOP. The National Conservative disapproval of engaging in adventures abroad while America is crumbling socially, economically, and even physically is a sign of conservative empiricism adjusting to reality, but the bipartisan interventionist dogma is hard to break. The arguments over what role, if any, America should play in Ukraine shows the continuing strength of the “invade the world” crowd.

It seems to me that the divide is between a threatened and increasingly redundant right-liberalism and a fast-growing but still young post-liberal National Conservatism. Murray’s article is a perfect encapsulation of this ideological conflict, with the short-sightedness displayed by those on the defensive. After all, the solution offered by this side amounts to more of the same that produced the conditions that allowed the National Conservatives to strike a chord in the first place.

Given the potential for a more populist conservatism that appeals to those seeking to reweave America’s weakened bonds of social and economic mutual loyalty, the right-liberalism of Murray and others is exactly the opposite of what is needed and wanted. I cannot imagine Hispanic Americans being much in favor of it, for example. The answer to Murray’s question is that trying to attract ideological opposites seems like a dead end: If the tent grows so big in accommodation that it floats away, what is the point of ideological distinctions at all? Political tribes must evolve to survive in the political arena, but this points to embracing populist nationalist themes and moving away from neoliberal Republican politics. The right-liberalism on offer will not cut it.

Henry George is a writer from the United Kingdom, focusing on politics, political philosophy, and culture. He has also written at Quillette, UnHerd, Arc Digital, The University Bookman, and Intercollegiate Review.