If the Pendulum Doesn’t Swing Back 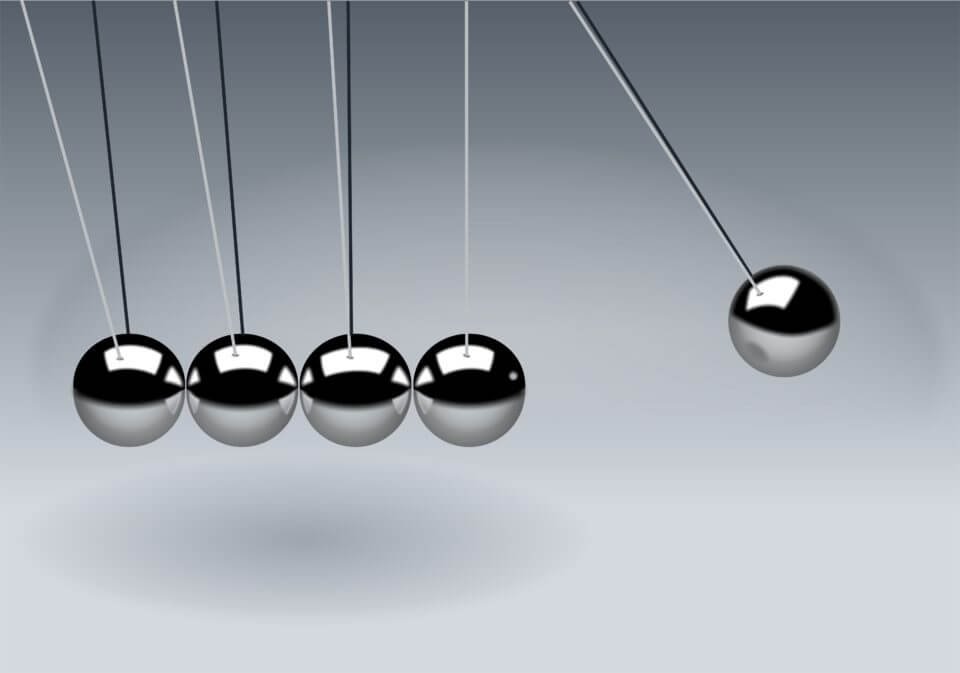 “The implication is that culture and politics can be thought of as the bob of a pendulum swinging back and forth mechanically between the political left and the right, and that, at the moment, we are simply at the leftward amplitude of such a process.”

It is common when discussing the Great Epistemic Swindle or broader questions about the capture of our institutions (including academia) by the Critical Social Justice (CSJ) perspective for people to say, “Don’t worry. The pendulum will swing back.” The implication is that culture and politics can be thought of as the bob of a pendulum swinging back and forth mechanically between the political left and the right, and that, at the moment, we are simply at the leftward amplitude of such a process.

The main problem with this characterization of our current situation is that, empirically, it seems to be wrong. To judge this, consider the history of the CSJ perspective in academia as described by Allan Bloom in his book The Closing of the American Mind. Bloom’s book was published in 1987 and describes the period known for the emergence of the precursor to the Woke perspective, Political Correctness. Interestingly, however, someone reading Bloom’s book now could easily mistake it as a description of the contemporary university. There are, however, at least two important differences.

One is that whereas we tend to think back to the origins of Woke as being the late 1980s and early 1990s, Bloom describes the antecedent to the Political Correctness movement being the generation before the New Left and the radical student movements of the 1960s (he pinpoints the student rebellion at Cornell University in April of 1969, in particular). The student movements of the 1960s are described as being the beachhead of the CSJ perspective in universities; however, they were followed by a period of calm that one might characterize as the swinging of the pendulum back toward the right.

The other difference between our contemporary circumstances and those of the early 1990s was how far the impact of the CSJ student beachhead had reached. Bloom describes how the CSJ student beachhead had metastasized (as members of the student rebellion of the 1960s became faculty) and succeeded in dominating the humanities and social sciences. At the same time, the “hard” disciplines remained untouched and unaffected by what was happening on the other side of campus. Faculty members in these disciplines were either unaware of or uninterested in the changes taking place in departments lacking gravitas, but they were definitely not threatened. Again, the early 1990s was followed by a period where Political Correctness appeared to have settled down, easily to be construed as a swinging of the pendulum toward the center or the Right.

Today, of course, the resurgence of the CSJ perspective as Woke is no longer restricted to the social sciences and humanities. Rather, the sciences and engineering are on the front lines of this battle. It is there that the CSJ political projects through the Trojan horses of Diversity, Equity and Inclusion and the “decolonization” of science permeate every aspect of the scientific epistemic process, from the selection of students and faculty, to research, to the funding of research.

As a result, since at least the 1960s, what we can observe is periods of advance of the CSJ perspective, followed by periods of apparent dormancy. These periods of dormancy, however, are not characterized by setbacks for the CSJ perspective but, rather, periods when ground is held in preparation for the next advance. As a result, a more appropriate analogy than the pendulum for the regular appearance of advances of the CSJ movement is the ratchet.

Charles Pincourt is the pen name of an engineering professor (with a background in the social sciences) at a large North American research university. He maintains a blog dealing with the Critical Social Justice (CSJ) perspective in universities, how it has become so successful there, and what can be done to challenge it.