Why I Oppose the JCPOA 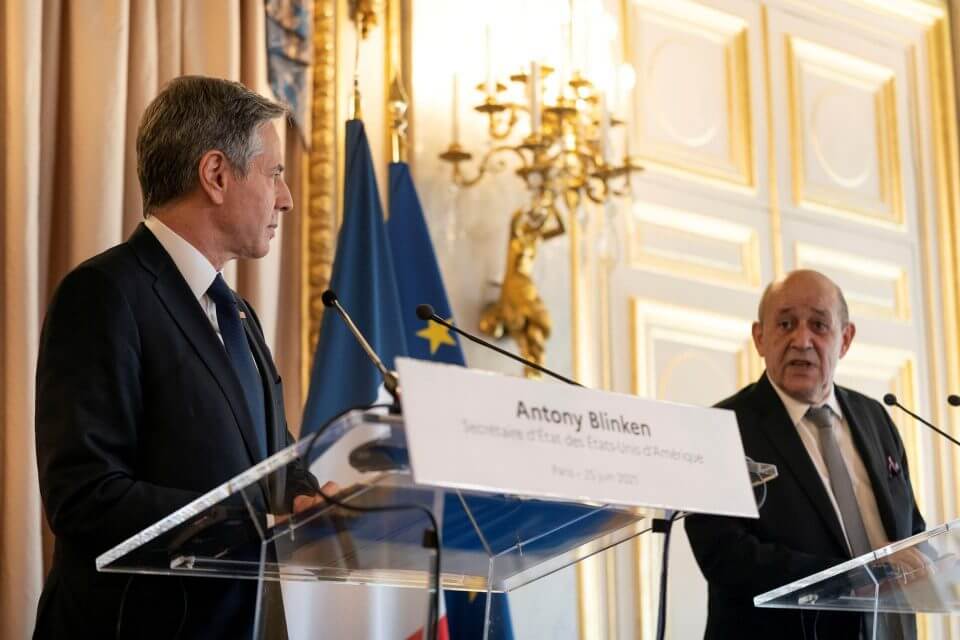 “As a former political hostage in Iran, I oppose the efforts to revive the current agreement as it stands. I will explain my reasoning and what I believe is the best path forward.”

The JCPOA, which has again been in the news in recent weeks, refers to the Joint Comprehensive Plan of Action—also commonly known as the Iran deal. Efforts are underway in Vienna to revive the 2015 nuclear agreement between Iran and the so-called P5+1 (the five permanent members of the United Nations Security Council, along with Germany). However, regardless of what the agreement is called, some strains have clearly developed. But this should not be surprising. As originally constructed, the JCPOA had many fatal flaws, and this is why former President Donald Trump had the wisdom to negate the deal. Originally crafted in 2015, the JCPOA itself is more of a contract than an actual treaty. The Obama administration knew the contract would not pass muster in the Senate as a treaty and thus used other avenues to implement it. As little support as the JCPOA had in Congress in 2015, it would have even less support today. As a former political hostage in Iran, I oppose the efforts to revive the current agreement as it stands. I will explain my reasoning and what I believe is the best path forward.

The Biden administration has decided the best course of action to address the nuclear issue with Iran is to try to prod Iran into rejoining the agreement along with the United States. President Joe Biden and his negotiators have supposedly offered vast sums of sanctions relief, the release of seized or frozen Iranian assets, and other concessions to persuade Iran to rejoin the deal. The Biden administration has literally reached the point of begging Iran to negotiate on this deal. This, unfortunately, projects weakness, and appeasement can only embolden Iran to press for more concessions and trade-offs just to agree to rejoin what is an outdated, deficient, and weak agreement.

This begs the question: What is the United States really getting out of this? The other participants, namely Germany, France, and the United Kingdom are desperate to rejoin so that they can gain the economic “benefits” of being able to trade more freely with Iran. Europe swings left, and, in order to continue supporting the continent’s socialistic agenda, European nations need a continuous source of revenue. Russia and China simply disregard the sanctions imposed by the United States, while the Biden administration has apparently loosely enforced said sanctions, thus taking the bite out of them. For the United States, there is less to gain than to lose, especially in the arena of credibility.

The Trump administration withdrew from the JCPOA for a number of reasons. President Trump and his team recognized the deficiencies in the agreement, as well as the motivations of the Iranian regime. I use the word “regime” because the vast majority of Iranian people do not view the regime as a legitimate form of government—just an oppressing presence. Iran has imperialistic ambitions for the Middle East. To this point, the founders of the Iranian regime’s ideology believe in a revived Persian empire and have strategically placed support throughout the Middle East in the form of terrorist groups such as Hezbollah, the Popular Mobilization Forces in Iraq, the Houthis in Yemen, and Hamas in the Palestinian territories. Iran wants to create a Shia crescent, and if it could, it would make a run on Mecca and Medina itself. The guiding principle is to put pressure on the rest of the Middle Eastern countries to submit to the Iranian will, and Iran also has a considerable arsenal of missiles and drones available for offensive use, which the nation uses as a threat in the form of ballistic blackmail. The JCPOA did not address these issues, leaving Iran’s neighbors vulnerable. The JCPOA also apparently included a number of sunset provisions that could allow Iran to continue developing a nuclear weapons program if it so desired. Iran plays a shell game, hiding its true intentions, as well as the knowledge and technology it has regarding nuclear weapons development. To cap this all off, Iran also plays the game of taking foreign citizens hostage in order to extort some kind of concessions from these citizens’ countries to gain their release. The JCPOA did not address this either. I was a victim of this.

Also, the Iranian people count. In all of these JCPOA discussions, their voices have not been heard in the least.

The JCPOA contains one key term to which we should pay attention: Comprehensive.  Comprehensive is defined as all-inclusive, exhaustive, complete, yet real experts who are intimately familiar with the current JCPOA know that this is not the case. The issues outlined above demonstrate this lack of comprehensiveness. In addition to being deficient in the above areas, the JCPOA lacked a more thorough representation as well. Other Middle Eastern nations were not included in the negotiations nor was Israel, a nation with an existential stake in the outcome. Surely for the JCPOA to be comprehensive, those parties should be included and not discarded. Their opinions count. Also, the Iranian people count. In all of these JCPOA discussions, their voices have not been heard in the least. They deserve a seat at the table, and issues affecting human rights should also be included.

Going forward, if the signatories are truly interested in the spirit of this agreement, it must be comprehensive in nature; otherwise, it is not really the JCPOA. Addressing only the nuclear concerns will not suffice. First, the United States should not be on the sidelines of negotiations in Vienna. To regain credibility and legitimacy, the United States must demand a direct seat at the table. Why allow Iran, a country known for oppression, human rights violations, suppression of women, and support for terrorism to be able to dictate the terms of negotiations and who is involved? The United States should insist and if Iran refuses, walk, impose sanctions more stringently, and be ready to take more powerful actions as needed. Iran responds to strength and will bend once the pressure becomes too great to ignore.

The second thing the signatories need to do is insist on addressing the other peripheral issues in addition to Iran’s nuclear program. The ballistic missile program should be included to reduce the offensive purpose to a defensive, benign posture that threatens no one. Iran’s support of terrorist groups should also be included. The JCPOA has allowed Iran to continue support of these groups in its overall Middle Eastern objective. Iran has caused nothing but pain and destruction in the Middle East. President Trump’s maximum pressure campaign went a long way toward inhibiting the ability of these groups to operate and terrorize the region.

The third thing to address is to include other stakeholders in the negotiations. Israel, Saudi Arabia, Kuwait, Bahrain, Qatar, Oman, and perhaps Turkey should all have representatives at the table. Include representatives for the Iranian people as well. They should all be heard. By including all of these representatives, it will ensure the JCPOA once finally negotiated would have legitimacy in the eyes of the Middle East and the citizens of Iran. Some will argue that such a proposal is overly ambitious and that Iran would walk. In such a case, the United States, along with its Middle Eastern allies, should be prepared to take tough actions and not just sanctions. Diplomacy is the preferable route, but should Iran demonstrate a continued path toward developing nuclear weapons and threatening its neighbors, we should be prepared to fight and for real. Iran is the last obstacle to peace in the Middle East. Once its current regime is out of the way, the Middle East will have peace for the first time ever.

Michael White is a veteran of the United States Navy. He was held captive in Iran for 683 days and was released on June 4, 2020.