Excerpt: “Screen Captures: Film in the Age of Emergency” 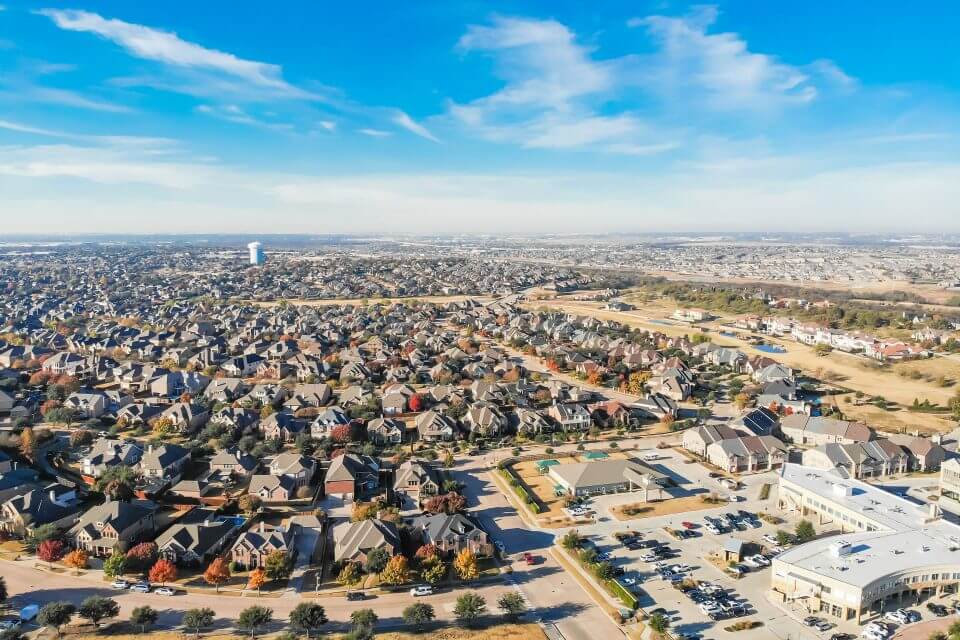 “The End of Suburbia lays out the argument that with oil production peaking somewhere around 2027–28, and from then on heading into a steep decline, the living standards of those in suburbia will decline also.”

Editor’s note: The following is an excerpt from the chapter “Metropolis Now!” in Screen Captures: Film in the Age of Emergency, which was published in September by Newstar Books. This excerpt has been lightly edited.

The suburbs of North America were created as an antidote to the industrialized city. They promised those willing to escape a kind of gentry lifestyle away from the dirty and noisy inner city, as well as greater autonomy in their lives. But this has not been the outcome. Two documentaries on the subject of suburban living, The End of Suburbia: Oil Depletion and the Collapse of the American Dream (2004) and Radiant City (2006), show that this method of habitation is unsustainable in the long run. In fact, any sustainability that the suburbs might have once had passed decades ago.

In The End of Suburbia, social critic James Howard Kunstler states that “Suburbia is not what it promises to be. It’s not country living; it’s a cartoon of country living in a cartoon of a house. It has none of the real amenities of country life, no connection with real organic systems or other living things, rivers, forests, fields, agriculture. You just get a lawn, an industrially produced artifact.” The original dream of the suburbs might not have been like this, but as more and more people have flocked to the outer limits of the city, highways, expressways, huge shopping centers, and housing developments have eaten up the green farmland that once existed between the city and the suburbs. Those who ventured out many decades ago might have lived this promise for a few years, but slowly their access to fields, woodlands, lakes, and hiking trails has been snatched away. In their place, an unwalkable slab of concrete pasture has landed and cut into the natural landscape. To get to a shopping mall, a school, a friend’s house, or a restaurant, a dweller of suburbia must get into a car. As Andrés Duany, a town planner and co-author of the 2000 book Suburban Nation suggests in Radiant City, “Suburbia disaggregates the elements of daily life. So, you have to drive from one to the other.”

The End of Suburbia lays out the argument that with oil production peaking somewhere around 2027–28, and from then on heading into a steep decline, the living standards of those in suburbia will decline also. The price of fuel will skyrocket over the next few decades, and this will mean that driving a car will become a costly exercise. As Kunstler puts it, the suburbs will become “slums of the future.”

Suburban living was meant to simplify life, but, in Radiant City, we see the nuclear-archetype Moss family slowly disintegrate over the course of the documentary. The root of the family’s problems is their disconnect from life outside their suburban shell and their reliance on the two cars that constantly move them around. The family’s patriarch, Evan, has a two-hour commute to work, while Nick, the eldest child, takes bus journeys to school that are twice as long as the trip to his old school in the city. The family also relies on an incredibly detailed, color-coded calendar chart that plans their weekly events. Their exhaustion is evident. On top of this, Evan has aspirations of being an actor but must make do with a local community theatre group. His group is in the rehearsal stage of a musical production that is critical of suburban living. As he explains to the camera on the production’s opening night in a suburban community center, “It’s like putting on Apocalypse Now in Cambodia.” His wife, Anne, the driving force behind the family’s decision to move to a newly built suburban neighborhood, cannot bring herself to attend the performance and drops their kids Nick and Jennifer off before driving away.

Intercut with the family’s disintegration is an assortment of social commentators and architectural experts who explain the root issues of suburbia to the camera. Radiant City could be seen as an anti-suburban film with no story to tell from the other side of the argument. So, why do people still move to the outskirts of major cities? Why take that two-hour commute on an ugly concrete highway? The big reveal in Radiant City is that the Moss family (like most nuclear families) does not exist. Evan, Anne, Nick, and the family’s youngest child, Jennifer, are fictional characters played by real suburbanites. When the jig is up, the “actors” reveal their true homes and families. They remain critical of their suburban status (Nick, now revealed as Daniel, still cannot name any of his neighbors), but there is a sense that those stuck in the suburbs have either learned to cope or have never been aware of their predicament or the idea that the suburban way of life is possibly coming to an end.

City living pushed us together and created communities that thrived. Everything was within walking distance. Your neighbor was your friend and your safety net. Suburbia is the opposite of community, as philosophy professor Mark Kingwell argues in Radiant City, stating that city dwellers moving out to the suburbs to escape the close quarters of city living are “fleeing from each other into isolation.” This isolationism that is rife in the suburban setting could create future conditions that impact the whole of society.

In The End of Suburbia, Kunstler predicts that “Americans will elect maniacs who promise to allow them to keep the McMansions, their housing, their commutes, their suburbs, and their big-box stores, and that’s going to cause a lot of political friction, probably a lot of violence, probably a threat to our democratic institutions.” The 2016 election of Donald Trump to the office of President of the United States is an obvious picture that comes to mind when Kunstler suggests “maniacs” will be elected. But let us not kid ourselves into thinking that President Trump’s 2016 opponent, former Secretary of State Hillary Clinton, or indeed his 2020 opponent, Joe Biden, would run on an anti-suburban ticket. Both these democratic candidates are extremely comfortable with pushing the illusion that Americans can live and drive the way they have been for the past six or seven decades. Even a so-called progressive candidate, a Senator Bernie Sanders or Senator Elizabeth Warren, might pull back when confronted with the notion that the American way of life is at risk and that oil depletion will eventually be the downfall of oil-reliant societies.

Both documentaries push for a New Urbanism—that is, the promotion and creation of cities or communities that are walkable, with well-sheltered, tree-lined streets, well-served by public transport. This is, in effect, a return to the beauty and practicality of urban centers that Jane Jacobs spoke of in her books and writings. However, can we retrofit suburbia to accommodate this new vision? It would take extraordinary resources that, as Kunstler points out in Radiant City, are going to become harder to find: “We are entering an era of energy scarcity that is not going to permit us to live this way. The future is going to compel us to live differently whether we like it or not, or whether people want it that way or not.”

The way we accommodate the future might mean that the suburbs become a forgotten, sparsely populated, and much-feared no man’s land.

Stephen Lee Naish is an author and essayist. Previous books include U.ESS.AY (2014) and Deconstructing Dirty Dancing (2017).